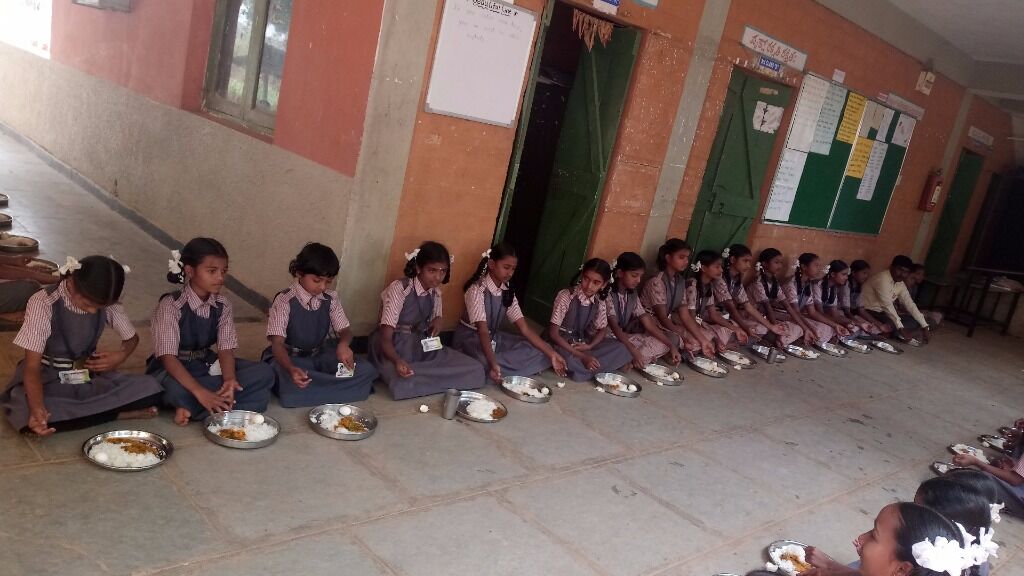 Sandeep's school nurtures him to become a sportsman

Sandeep lives in a village in Telangana. His father is a mason and his mother works as a roller in a beedi (tobacco) factory.

He went to the local government school till Class 4. Sandeep was a bright kid and very good at sports. His parents were unhappy with the quality of education in his school. The school also had no facilities to nurture his talent in sports. There was neither a playground nor a Physical Education Teacher to guide him.

They heard about Matendla School through some elders and decided to enroll him. Once he joined the school Sandeep began to pursue his sporting interests.

**The RDF school had a school playground and a qualified Physical Education Teacher. **There was also emphasis on sports to develop body and mind. With this, he started to develop an interest in martial arts. He was provided rigorous training and was encouraged to participate in District and State level competitions.

Sandeep was put on a modified meal plan that included an egg a day and 2 glasses of milk to cater to the extra nutrition that he needed to pursue sports. This allowed him to build stamina, endurance and expertise in martial arts.

Sandeep worked hard and performed very well in the State competitions. He qualified for the National Level Karate Championship in Jammu & Kashmir.

He has brought immense pride to his family, his school and his village by becoming a State Champion!

Sandeep wants to develop a sports culture in schools. He feels that sports has taught him important lessons like discipline and punctuality.

You can help talented children like Sandeep be the future of our country in various fields. You can donate so that they can get proper training and support which can change their lives. You can give with confidence because every program listed is GIVEASSURED.

Rural Development Foundation provides underprivileged children with a healthy meal every school day. This provides nutritious food to poor children and helps them concentrate on studies.

It has also been noticed that when a midday meal is provided at school the number of children that discontinue education drops considerably.

One unit of Donation to this program covers the cost of a midday meal for a child for a month.

The RDF's Midday Meal program runs on all working days in the school year, which is close to 220 days. The meal is served to all the student and staff member in all the RDF schools.

The midday meal program caters to close to 1023 students across 3 schools in Matendla, Redlawada and Rolakkal in Telangana

A mess-in-charge maintains the purchase and utilization register which is reviewed every week by the accountant. Every month the actual expense as against budgeted cost is reported along with the budget for next month to the Head office.

The food is cooked in a designated kitchen using firewood stoves within the school. The kitchen staff is hired from within the community. This serves as a source of employment for the community. The team is trained in cooking and basic hygiene. The raw material such as grains, vegetables, and spices are sourced locally. Some seasonal produce is also grown in the kitchen garden maintained by each school. The meals consist of rice, a dal or sambhar and a vegetable curry which addresses the basic nutrition requirements of the students.

A student committee maintains a calendar which allocates the senior school students as serving staff based on their class timetable. All schools follow a code system using hand signs to request for additional servings of rice, dal, vegetables etc, so that the meal is eaten in silence with minimal interruption to service. Plates are rinsed and washed by students and teachers themselves and then placed in the stock room.

Many children who attend the RDF schools come from families with very meager incomes. Due to the absence of any vegetables, fruit or proteins, the nutritional content of their food is very poor. This severely impedes the physical and mental growth of the children. By providing at least one tasty and nutritious meal to these kids, two issues are addressed; the health of the children and incentivizing the parent to send their child to school.

When you donate to this program, you help in providing poor school going children with one good meal a day.

The Rural Development Foundation (RDF), is an Indian nonprofit organization with the mission of providing quality education for underprivileged rural children. They founded and continues to operate four schools and one junior college in Telangana State, taking a unique holistic approach to education through innovative programs and methodology.

Rather than using the conventional method of rote memorization, they focus on cultivating critical thinking skills and encouraging students to understand and apply concepts. They do this through special programs such as Social Awareness, Youth Empowerment, Student Leadership, and Sports. They strive to develop students who will become empowered leaders of their communities, thus working towards the vision of a transformed and prosperous rural India.

Their schools strive to create India's future leaders, people who not only respect their rich, cultural heritage but are also ready to lead their country into the future. Their constant endeavor includes their sincere attempts to inculcate into young minds a civic sense and social responsibility. Beginning with a humble enrollment of 80 students, the number of children attending RDF schools has increased to 1900, as more villagers enroll their sons and daughter in the schools.

Nutrition is a key area of focus for students health. 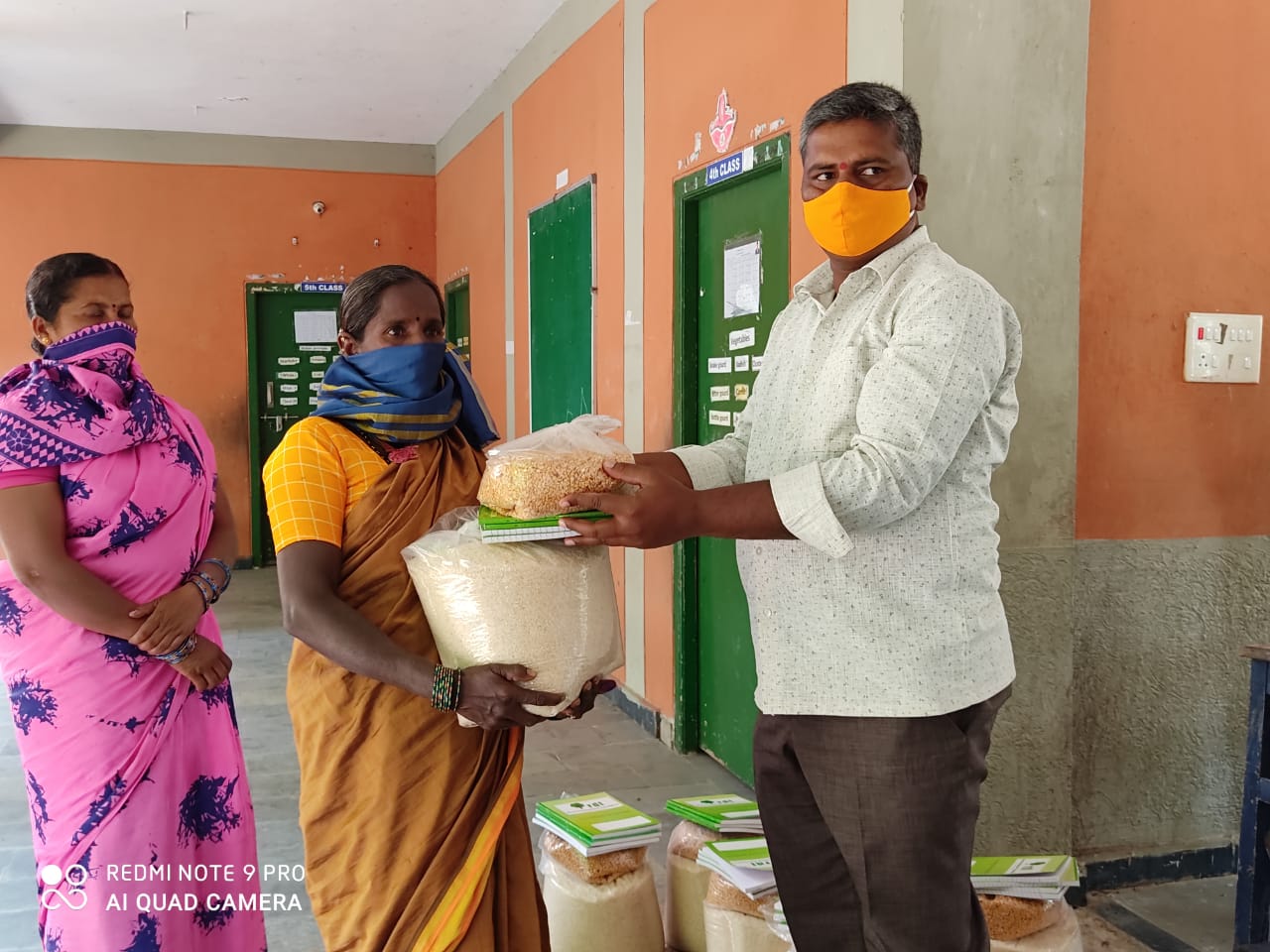 Nutrition is a key area of focus for us at RDF. We believe that this nurtures the student mentally and physically. With the support of the Give India program, we were able to supply raw rice and daal to few families during this difficult pandemic period. RDF students and their families have benefitted from this initiative. RDF focuses on the all-round development of students. Their weak economic background hinders access to nutritious food.

The main challenge was to provide the raw rice and daal to the large number of beneficiaries who had been affected financially by the pandemic. We also undertook a mammoth task of providing online education to areas with sparse network and technological infrastructure. With the support of GiveIndia, we provided information and guidance throughout the past year on all aspects of COVID-19 precautions. We plan to help all families in need of nutritious food over the next six months.

• The Central Government institutes the INSPIRE awards to recognize scientific innovation and thinking among students. RDF students have won several awards over the years at the district level and State level and aim to win at the National level too. They receive an award of Rs. 10,000 at the district level competition which is always used to scale up the project.• This year students made online submissions and four students got selected at the district level. The selected projects were on the themes of ‘Sustainable Agricultural Practices’ in order to maintain the ecosystem and increase food production; a ‘Solar Water Heater’ designed with simple materials to save electricity, save costs for families with financial difficulties and have a positive bearing on global warming. Another selected project was a low-cost design for a ‘Water Drum Seeder’ that saves time, effort and money for small and large scale farmers by removing the need for transplantation. All change starts with an idea and our students and teachers are brimming with interesting and inventive ideas that can spark many changes!

Ensuring every child gets a nutritious meal despite COVID 19 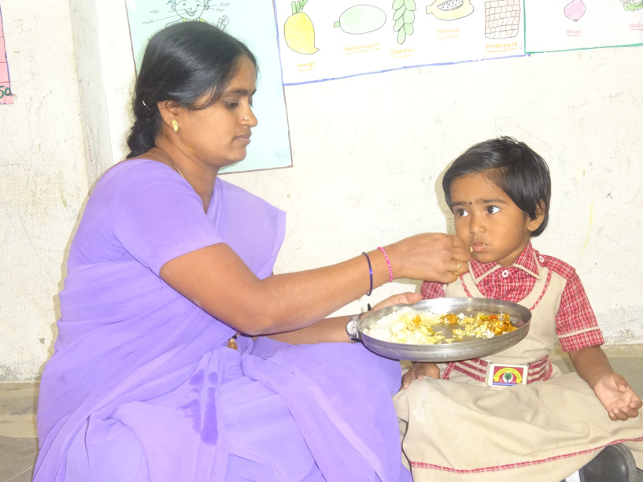 Rural Development Foundation India has doubled down on its effort to ensure as many children as possible have access to high quality education even during the lockdown and pandemic restrictions. One of the cornerstones of RDF has been providing our students with a nutritious mid-day meal. This ensures that they are physically and mentally fit to excel. Given the importance we give to athletics, the mid day meal was even more important. Under normal circumstances we would provide a nutritious well-balanced meal with high quality ingredients grown and sourced by RDF. Meal time wasn’t just about nutrition but about a sense of togetherness. However, during the lockdown the mid day meal was disrupted as the government had ordered all schools to shut. This was a major challenge as it put a sudden halt to in some cases their most important meal of the day. However, we at RDF do not shy away from a challenge, it was decided that we would provide the students with the dry goods for a mid day meal such as rice and pulses. In this manner we ensured that the students still received their meals despite COVID 19. We would like to thank you all for your continued support! 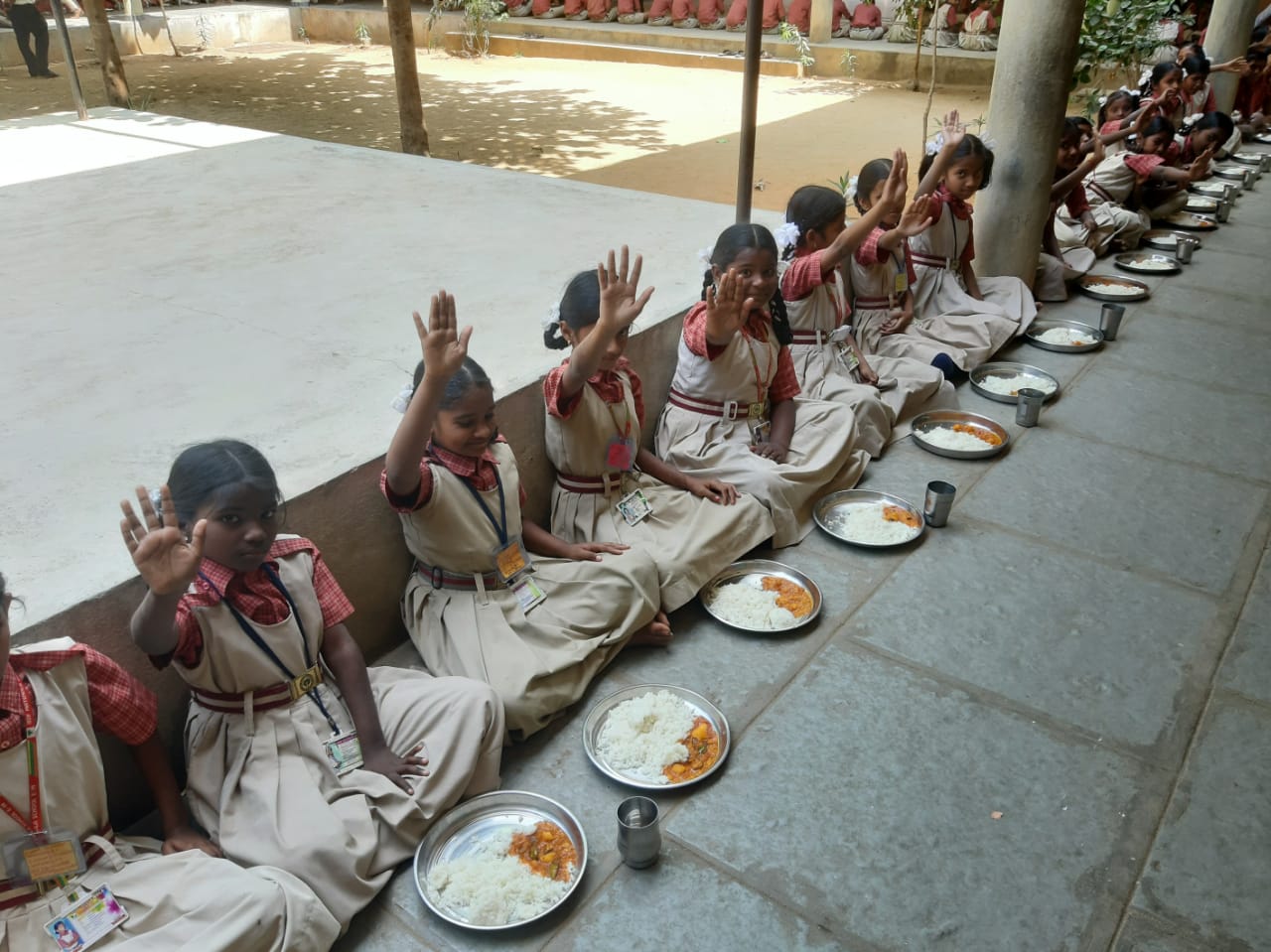 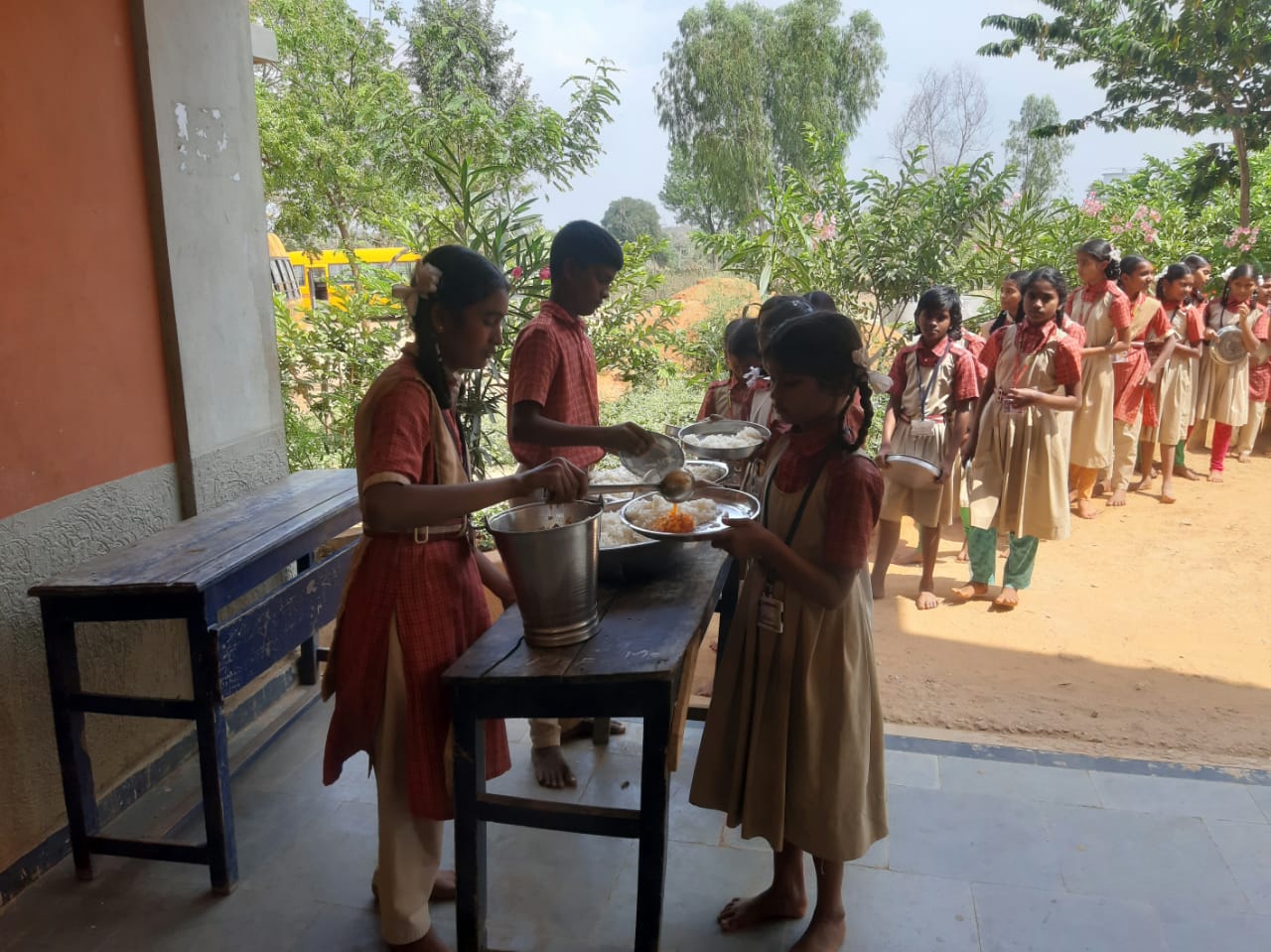 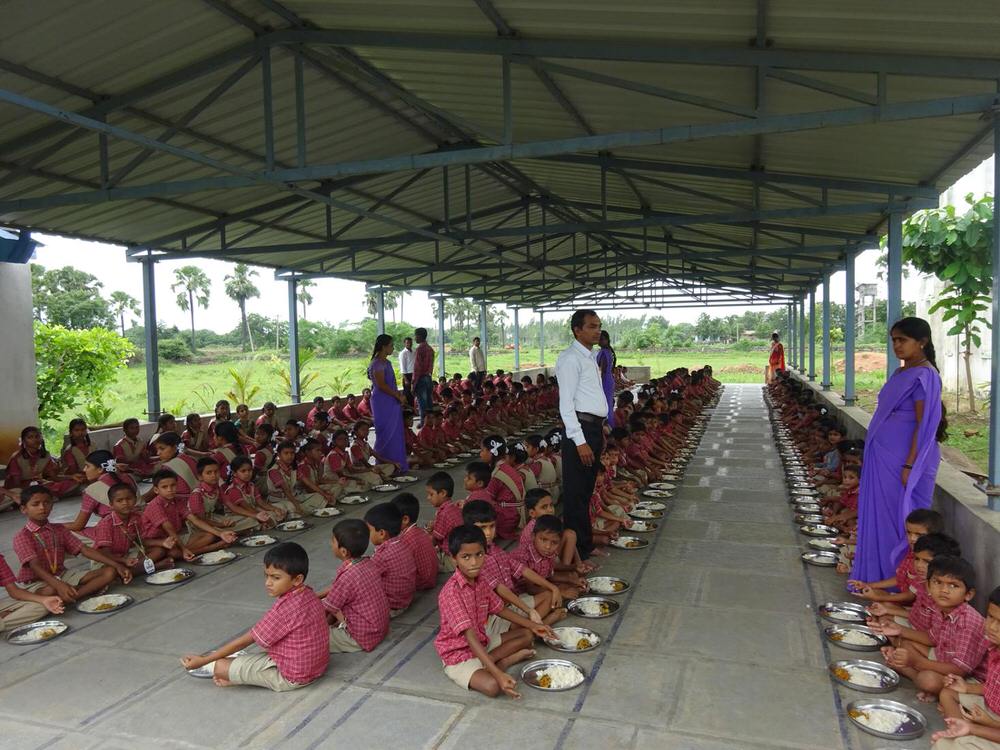 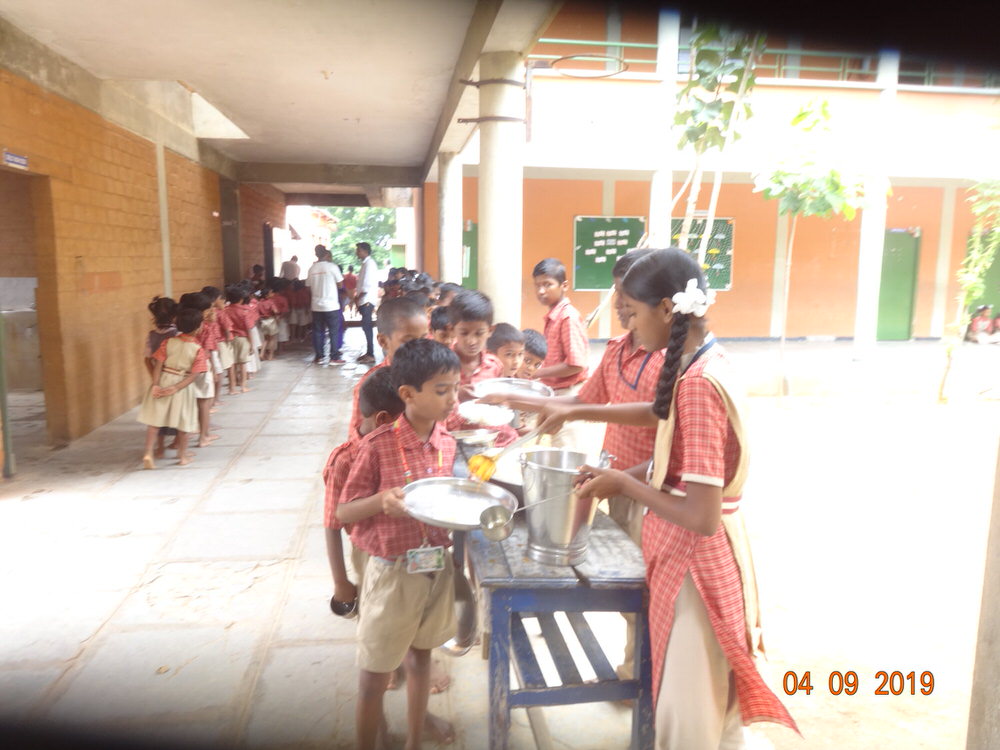 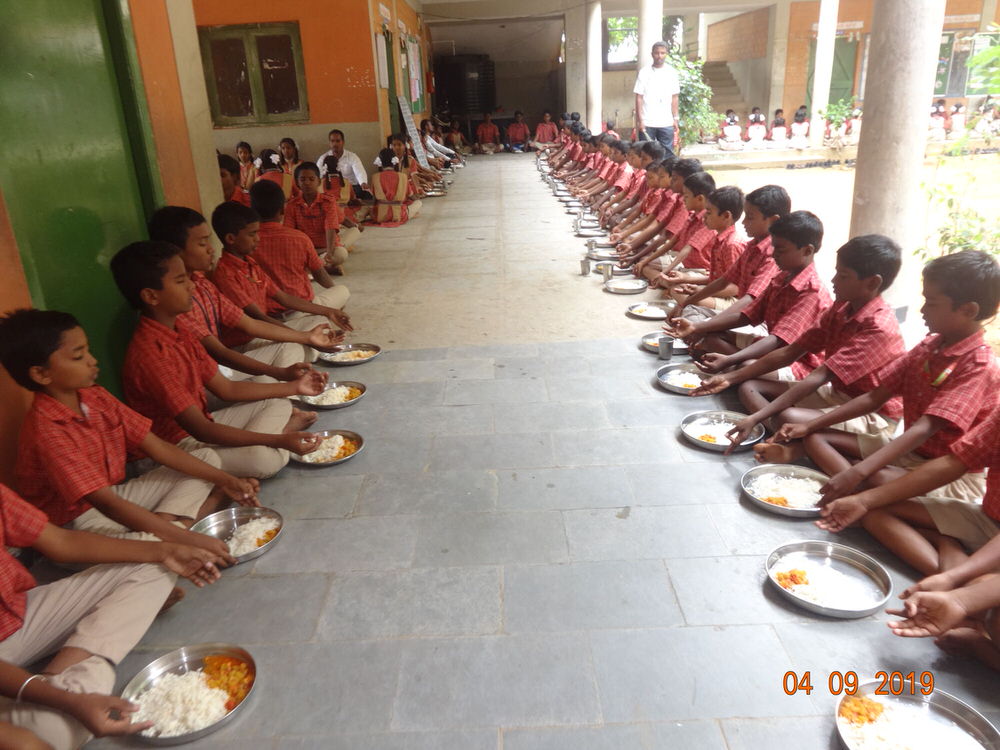 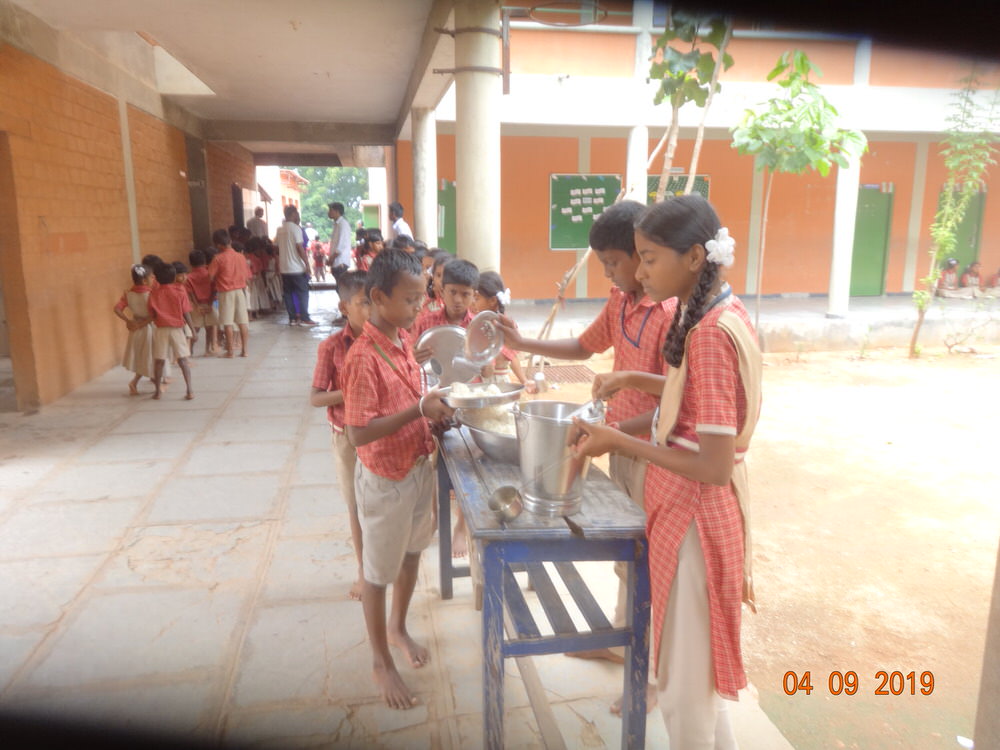 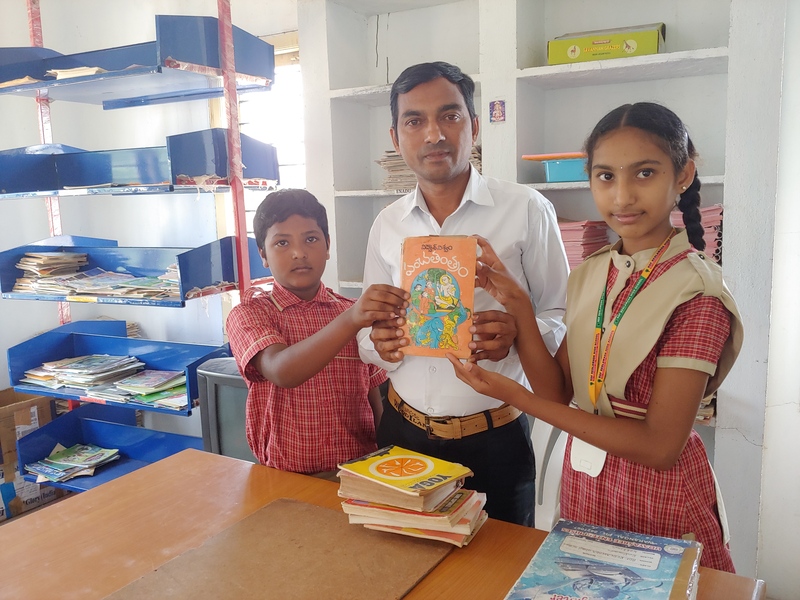 In the last six months, our students reached wonderful achievements. Seven student’s projects elected national impair and they got awards also. Three students selected District level chess competition. Our students participating all social awareness programs. Students have fared well, scoring good grades and maintaining an attendance of over 98%. We are delighted to inform you that schools run by RDF achieved 100% in the recent Board exams. Your generous donation has helped RDF pay the monthly salaries of our teachers who help our children excel in both academics as well as extra-curricular activities like sports. To learn more about our work please visit https://rdfindia.org. Special training in English by soft skills trainer who thought Rhymes and storytelling. Synchrony financials trained about 32 students from high school to speak and understand English. The school has a special activity on every Saturday called Balanandam, where children are encouraged to display their talent in drawing, painting. Academics with 9.3 grades in board exams. Students selected at National level have got jobs in Railways, Army & Police." We are giving special coaching for students in Taekwondo.
We are planning to develop all students’ communication skills and we will give special training to Taekwondo, Chess and Kabddi Games. We are planning to introduce village and our traditional games which were our grandparents played. Students are forgetting our tradition and culture. We will develop students all round development. Rural kids do not know about Science and technology. We give training Students learn computer.

Our Give India beneficiary students inspired by your donation and kind heart. They also try to do something for others and school. In that way they collected old newspapers and old books from others. We are keeping those things in library; it helps to student read books and develops their reading skills and general knowledge also. Helping nature always show their dignity and society can identify and admire their helping nature. After they schooling they motivated others and role model to society. Who are benefited for others they remember them life time. In the way our students remember life time you’re helping, caring and affection. When they have a chance, they explain about Give India and how they were benefited. When they have good position they also try to helps like your way. With help of your donation they are good citizens in the society. They also recognize importance of helping rural unprivileged student. Your donation is very precious to the rural area students. It removes their parent’s economic burden. 100 mils walk start with one step, the same thing your inspiration give to them complete their education successfully and make them happy. Your kind heart donation inspires all students and parents. Our Give India beneficiary students feel your donation like pearls.

Support the education of poor adolescent children by Apnalaya