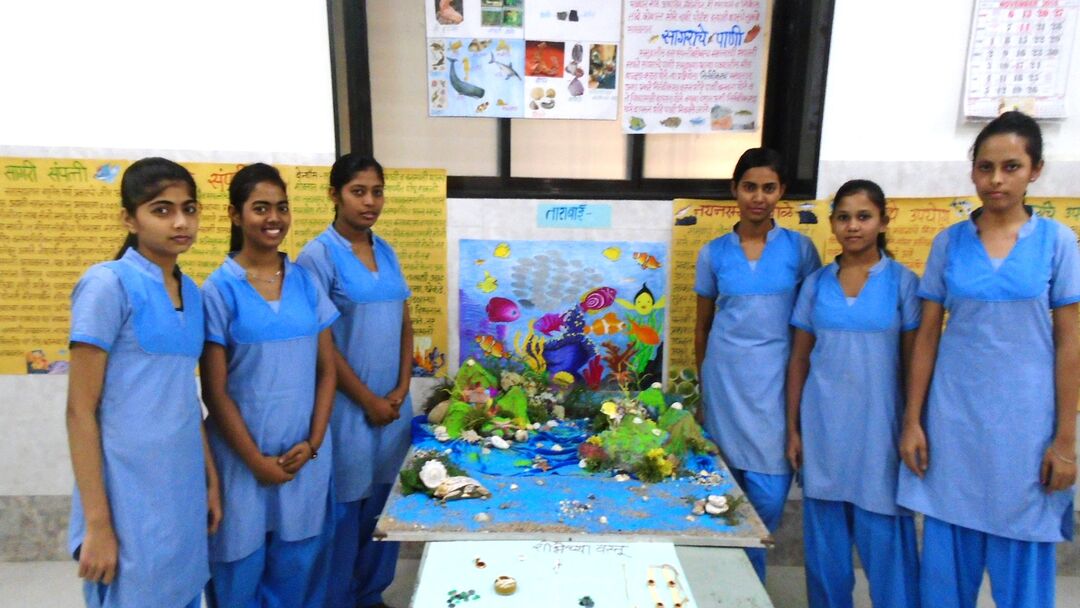 Nisha(name changed) lived with her mother who was a single parent. Her mother, unable to take care of her enrolled her in a shelter home. When she was 12 years old, she moved to the Shraddhanand Mahilashram Shelter home.

Soon after, her mother completely abandoned her and disappeared. The ashram tried to locate her with the help of the police but gave up after being unsuccessful for a few months.

Nisha then became completely the responsibility of the shelter home. She became emotionally disturbed because of the disappearance of her mother. The ashram counselors worked with her to help her through her trauma.

Nisha grew up in the Bal Gruha with other children like herself. She received the love and care that she deserved. She grew up as an Ashramkanya, as the girls who live in the shelter home are lovingly called. She grew up under the care of qualified social workers who nurtured her. They looked after her educational and emotional needs.

Nisha was an adorable girl with twinkling eyes. She was good at both academics and sports. She aspired to become a police officer. Her dream was to help missing children find their parents. The social workers helped Nisha prepare for her Railway Police recruitment exam. Her hard work paid off and she got selected after the preliminary exam and interview

She joined the Railway Police Department. After completing a 9 and a half month training she got posted in Mumbai Railway Police as a Constable. She through hard work soon became the head constable.

She has reunited several missing children with their parents during her service. She has received over 54 departmental rewards for her good work.

Impressed with her one of her colleagues proposed her marriage with his son. The Ashram after completing formalities, blessed the alliance through their marriage committee.

Nisha is now happy married. The couple is blessed with two children. Nisha continues to serve in the police force while being a wife and a mother.

Many girls like Nisha would have grown up on the streets with no safety or future. They are now are confident and successful because of the support of the ashram

Your help can make many more abandoned and destitute children like Nisha. You can donate to their food expenses in the shelter home. You can give with confidence because every program listed is GIVEASSURED.

Shraddhanand Mahilashram runs a shelter home for abandoned children. If after the children after 18 year of age are not yet adopted, they move to the Aadhar Gruha.

This program covers the cost of food and provision expenses of the girls and women who stay in the Aadhar Gruha homes.

When you donate to this program, you help abandoned and destitute girls get quality food and nutrition as they work towards their future. 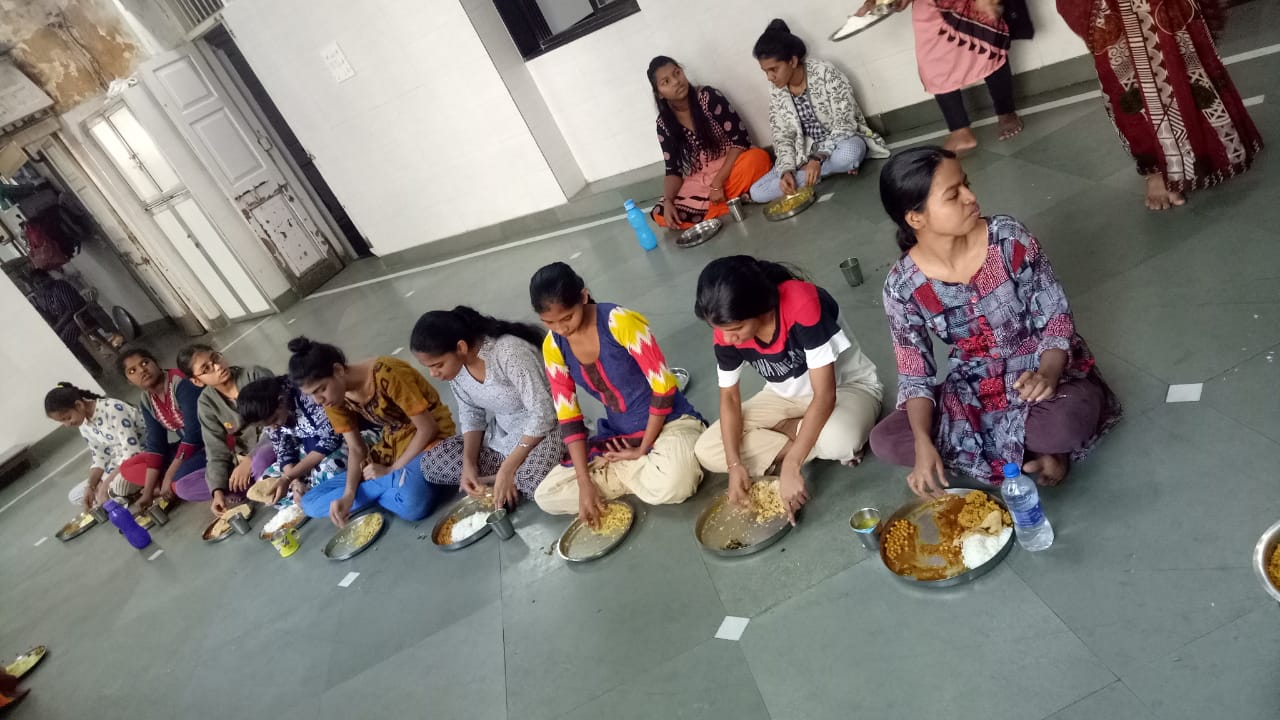 Food of nutritional quality is served to all women sheltered in Shraddhanand Mahilashram. Bimonthly menu chart is prepared by our house sub-committee. Nutritious breakfast, lunch, evening snacks and dinner is being served to all. At present there are 38 women staying in this institution. Regular health check-ups are done for all. Women from any part of Mumbai can approach this institution for shelter. The institute caters to the needs of unwed pregnant women seeking shelter who are mainly rape survivors or those who have undertaken consensual sex but are unable to take responsibility of the child born out of wedlock either due to social stigma or their inability to economically support their child. The objective of the institution has always been a vision to integrate these women into mainstream society.

This institute provides balanced diet, special recipes are made on weekly basis based on the preferences expressed by the women staying in this institution. Special diet is provided to those who are sick or under treatment due to illness. We ensure that quality food is provided to women staying in our home. By sponsoring the food expenses in a way you help in increasing women’s access to basic nutrition. During lockdown all covid related protocols are strictly followed to keep our women safe from the risk arising out of covid -19.

A woman suffering from TB was referred to this institution for shelter. After thorough examination and required investigation our doctor prescribed AKT for her and special diet chart was recommended for her. Her health was closely monitored by our trained staff. Along with medication, nutritious food was included in her diet. Now, she is completely cured and staying happily in this institution. She attends in-house embroidery and tailoring class and actively participates in all the activities which are being conducted in Shraddhanand Mahilashram. 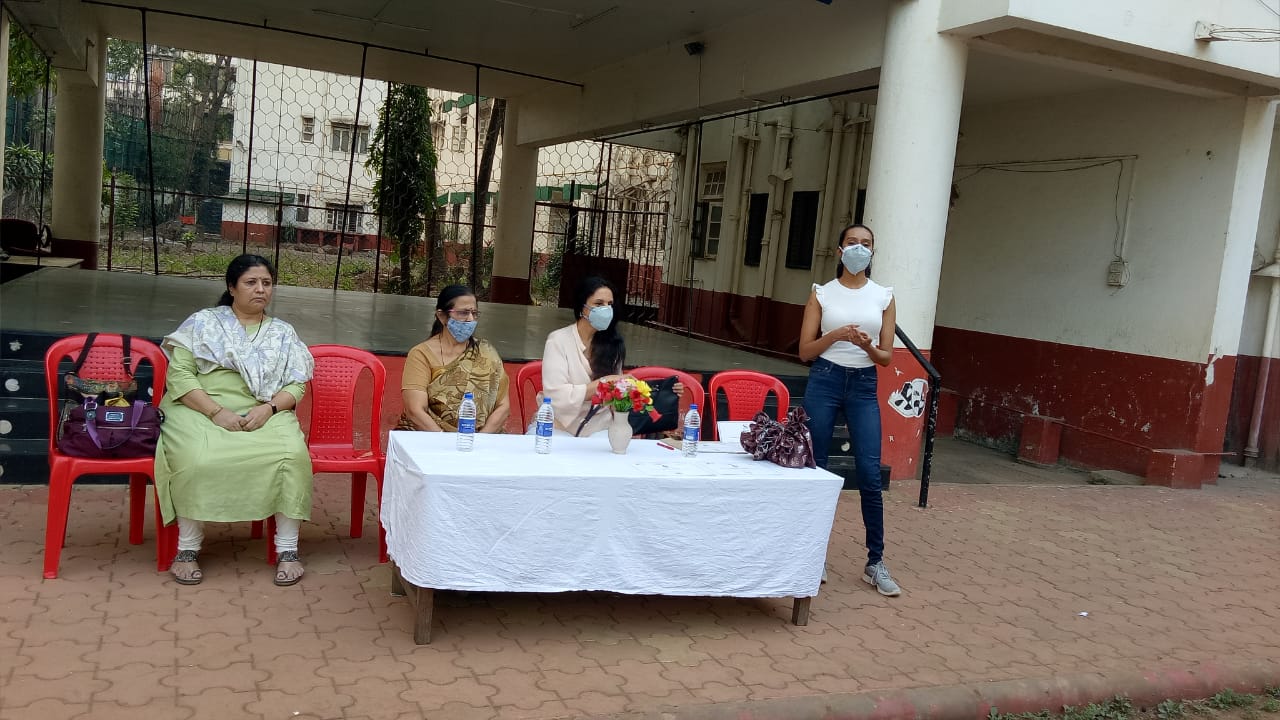 The Shraddhanand Mahilashram has been a home for many young girls and women who need support due to non-nurturing home experiences.They are looked after by the House mothers and social workers. Besides giving them physical shelter, they are supported psychologically.If they wish to pursue their education, they are guided to take up vocational courses to enable them to be self-reliant. All the women are vaccinated with 1st dose of Covid-19.They participate in all the activities held in the ashram. Festivals, assembly, competitions. They are online classes for vocational courses too. The ashram has the provision of an Audiovisual room and Computer Lab to which they have an access to and they can undertake the classes. A few of the young women took up a fashion and styling course from November to January online from “stylelogue” who conducted it free for them.The girls who cleared the HSC exams were guided by Dist. Women & Child Development office to take up a course in handling medical emergencies. This course is free and 4 of our girls have enrolled for the same.Other young women took up an English speaking course of 3 months Sponsored by “Enguru”. The young women are counselled by the visiting psychologist. They are given choices to pursue their career choice or seek job placements.

Due to the Pandemic year, many of them were restricted indoors but are now seeking employment outside. Of course, they are following the Covid-19 guidelines laid down by the Government. If they go out for a course or job they are made to stay in the Hostel building adjoining the ashram to avoid interaction with other ashram girls.

Ms Kiran was admitted to our Ashram on 07/06/2011 for education and rehabilitation. After formal education she completed B.Ed. successfully with the help of Ashram. She is currently undergoing military and police recruitment training at Shaurya Academy, Pune.

Providing healthy and nutritious food to women in a shelter home 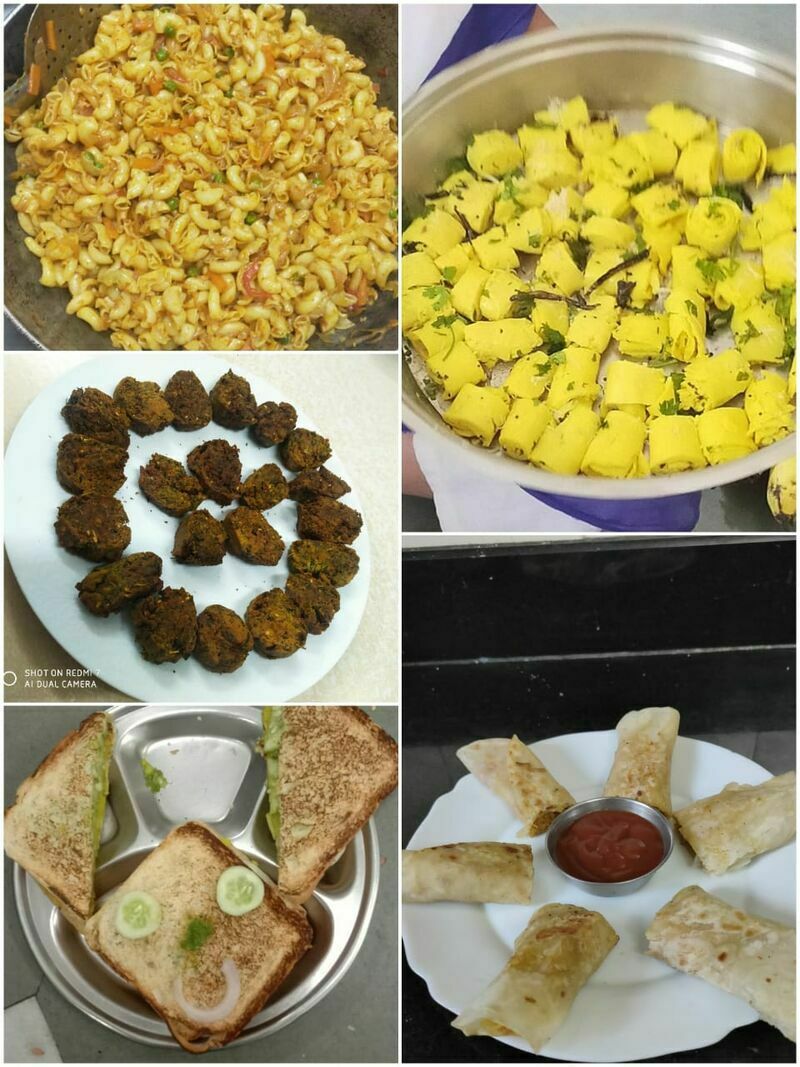 We in Shraddhanand Mahilashram ensure that food of nutritional quality is being served to all the women sheltered in our home. Nutritious breakfast, lunch , evening snacks and dinner  is being served to satisfy their palate. Bimonthly menu chart in being prepared by our committee. We have specialized staff of doctors and nurse care for the children and women. Apart from giving balanced diet special recipes of nutritional value are prepared on weekly basis wherein we consider the suggestion put forward by the women staying in the institution.

At Shraddhanand Mahilashram's shelter home currently, we have 50 women who are in the age of 18 to 35 years. We take care of all their needs and it is made sure that these women are provided with nutritious food which includes healhty fruits and vegetables in every meal which is provided to them at breakfast, lunch, evening snacks and dinner to maintain a balanced diet for them which is really important. We also make to sure to provide them with regular medical checkup which is very important for anyone. We also conducted motivational activities for women. Yoga Sessions are conducated to promote healhty lifestyle for all the women at our shelyter.Women in our shelter who are in the age of group of 18-35 have separate dormitory facilities. We also have a specialized staff of doctors, nurses and other professionals to ensure the overall well of the women staying in the institutions. 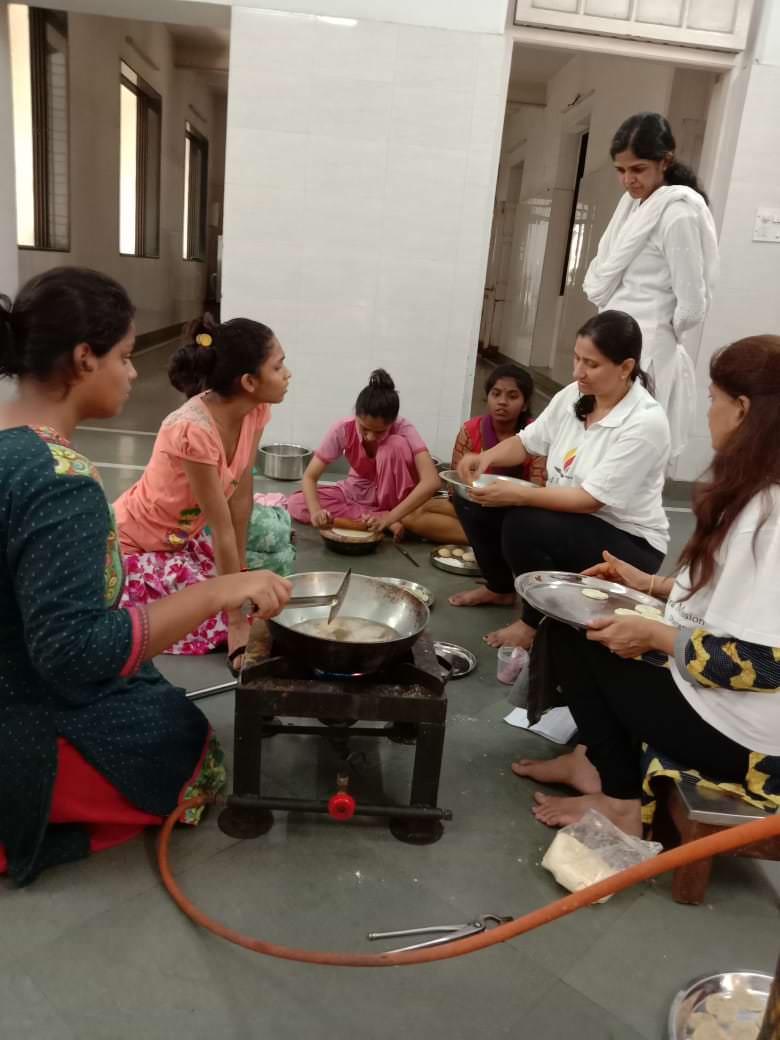 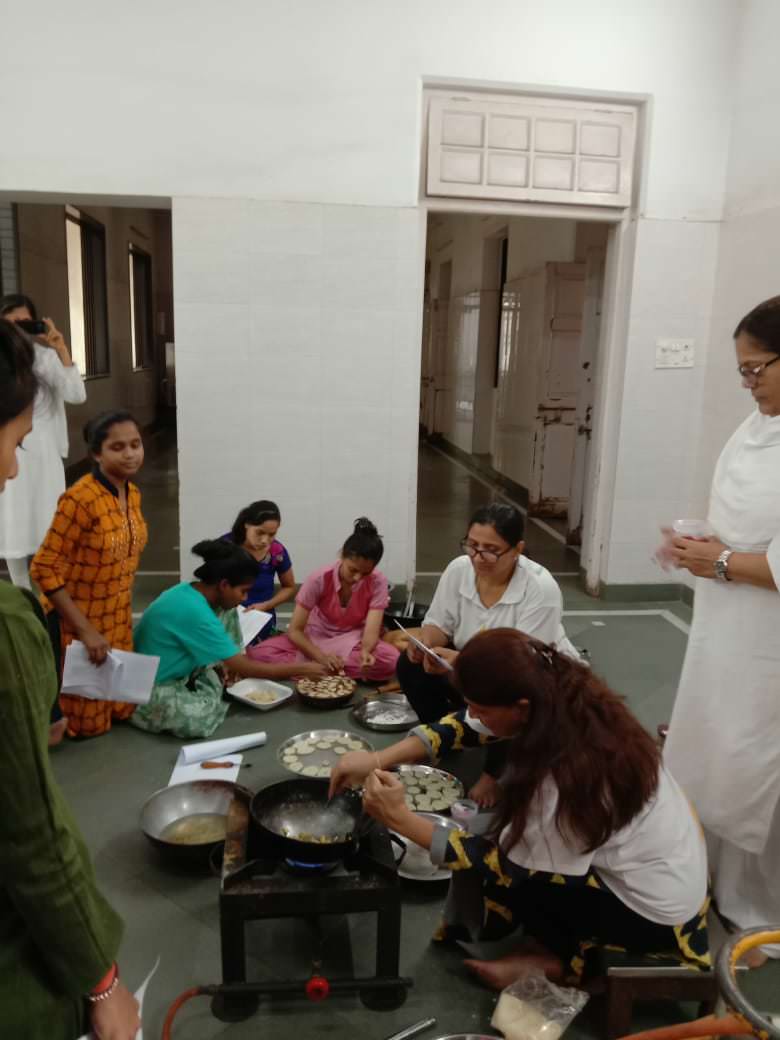 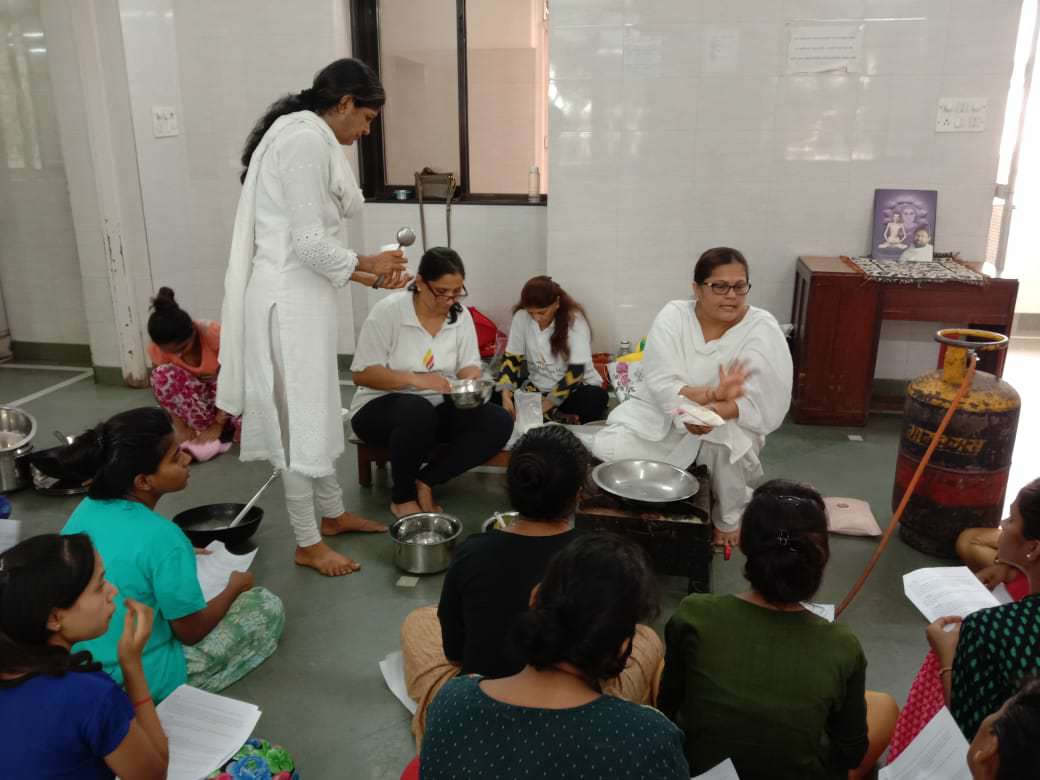 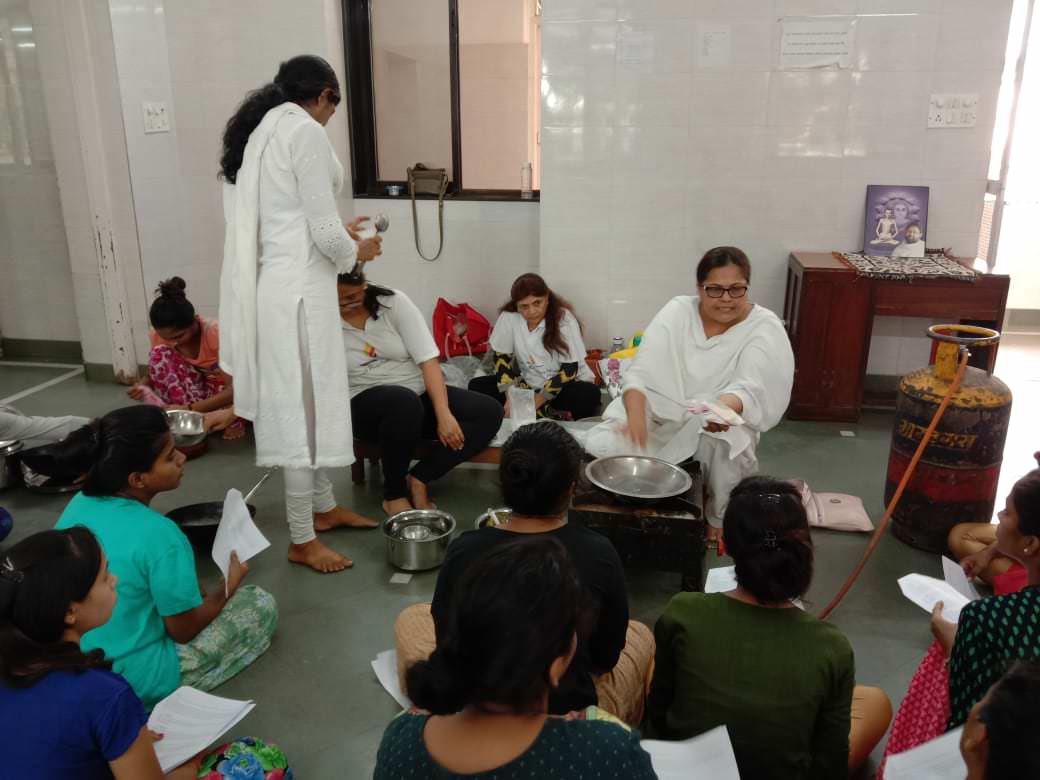 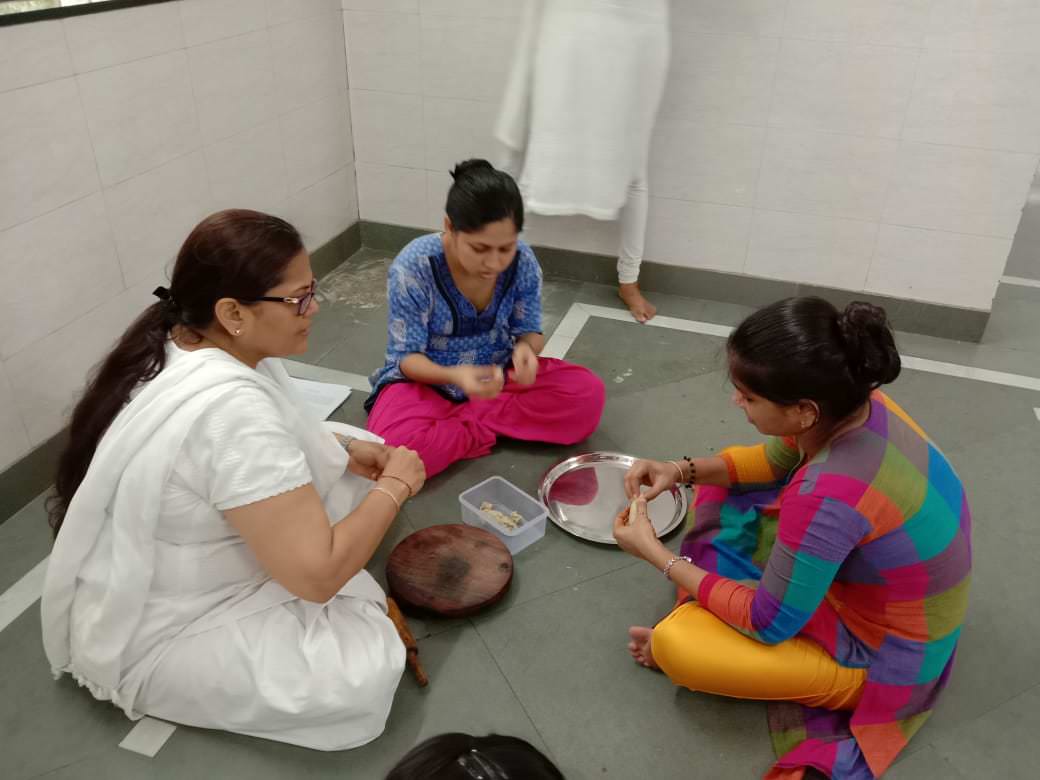 Help poor women get access to gynecology services by Apnalaya

Help poor women get access to sanitary pads by Goonj