by The Akanksha Foundation 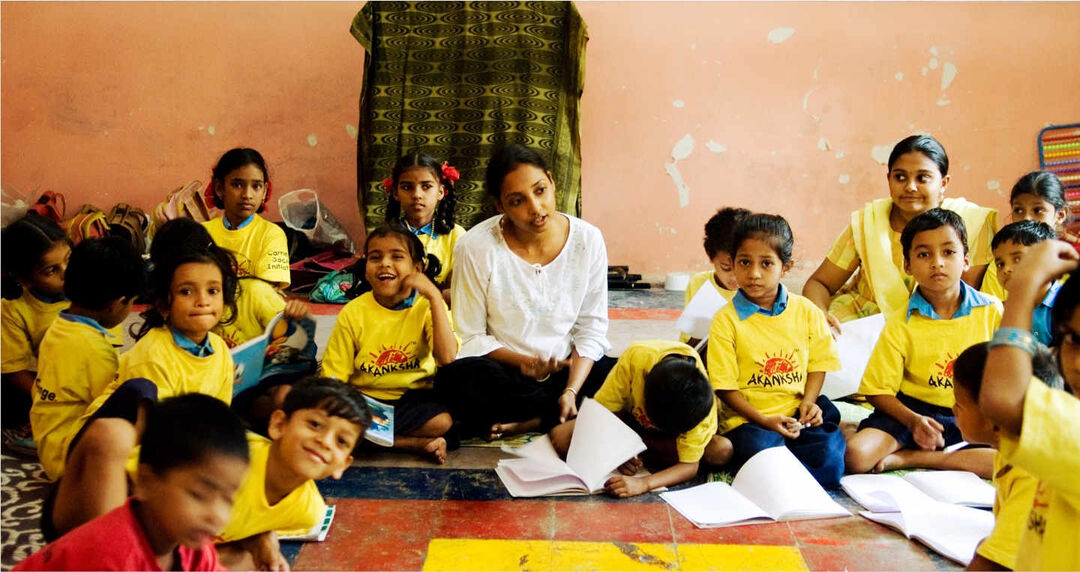 Jayesh now has the support he needs to grow.

Jayesh is a young boy from a poor family in Mumbai. His mother abandoned him when he was two. He lived with his father and grandmother.

His father and grandmother were both alcoholics who fought constantly and did not look after him. The neglect and unhealthy environment started to impact Jayesh. There was no one to cook for him or groom him. So he went to school hungry and disheveled.

The problems at home also made him a distracted boy. The environment he grew up in confused him and left him feeling angry and rebellious. He disobeyed instructions and did not like to participate in class.

When The Akanksha Foundation began to manage his school, Jayesh received personal attention. He began to stay after school to read and practice English. With love and support, he even grew confident enough to face the challenges at home.

The Akanksha Foundation works to impact the lives of children from low-income communities, enabling them to maximize their potential and transform their lives. The organization addresses non-formal education through the

Akanksha center and formal education by initiating school reform through 'The School Project'. Kids enrolled in school are from 3.5 years onwards through 4 schools in Mumbai. They have adopted 13 English-medium municipal schools - 9 in Mumbai & 4 in Pune. Akanksha began with a simple idea to give less privileged children a place where to come and enjoy their childhood. Currently, Akanksha reaches out to over 4,000 children through these two models.

With the formal school dropout rate of Akanksha enrolled slum children being under 5%, with 75% of their alumni going to college, the organization is clearly making an impact. Donate to this program to help kids from slums to break the cycle of poverty through education.

Shaheen Mistri started the Akanksha Foundation in 1991. When she was 18 years old she visited her grandparents who were in Bombay, and on that particular visit of hers, she saw the inequality in education between the private and the public schools. Vandana worked with the Boston-based non-profit organization Citizen Schools, an organization dedicated to changing the life trajectories of underprivileged children in urban areas, for four years.

At Akanksha, she served on the team to create a blueprint for Teach for India, later moving on to manage the Beyond School department serving all adolescent children of Akanksha. In 2007, she became the Director of The School Project, launched to create a network of high-achieving schools within the government system. She took over as CEO in January of 2010. The Akanksha Foundation attempts to one day equip all students with the education, skills, and character they need to lead empowered lives.

Another year with Virtual Learning for the students 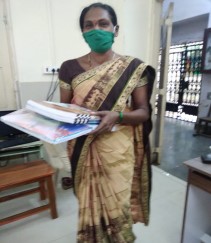 With the Pandemic in full swing, the schools remain closed for physical education. However, at Akanksha, we have ensured that we are in touch with each of our students & connected with them to help them in every possible way. This help is with supporting them with academic /learning material as well as being connected to parents & supporting them with essentials like Ration & medical help as required, guiding them on Covid appropriate behaviour. We reached out to all our students & conducted virtual learning through dedicated devices provided by Akanksha for Grade 8-10 & shared home devices for grades below 8th.

Learning Gap The summer vacations have created learning gaps especially for students with different learning levels, which sometimes makes it difficult to engage them at all times. Also, some students who were irregular last year have now started connecting to the virtual classes. They are experiencing some level of disconnect and due to an increase in learning gaps facing difficulties coping up with the concepts taught. Network Challenges Students who are still in the village do face network issues resulting in them missing synchronous and asynchronous work. Student Safety Challenges that we foresee when the school reopens are ensuring student safety and following sanitization protocols keeping in mind the age group and space constraints. Way Forward Bridging the learning gaps that have been created due to the virtual space and the pandemic situation Handling socio-emotional spaces with care and sensitivity keeping in mind the different emotions and experiences the students and parents will be coming from due to the challenging situations in the past months.

The biggest impact created comes from the fact that children's education never fully stopped or halted even during a deadly pandemic. 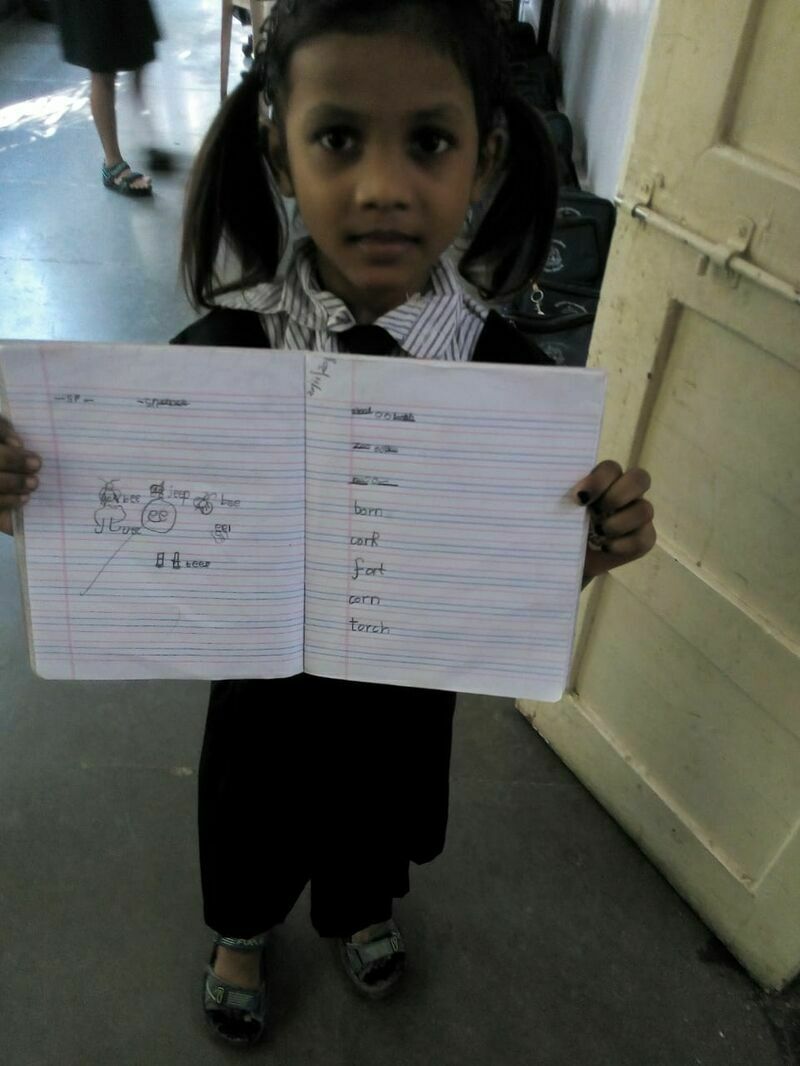 In these unprecedented times, all Akanksha schools are adapting to the “new normal” and moving forward with 3 key strategies: Virtual and blended learning using technology and online platforms, focusing on social and emotional well-being of students and helping parents becoming co-educators. Laxmi Nagar Public School believes in undisrupted learning in the current situation which is why the school made most of the assistance provided by Akanksha. After researching on the virtual teaching-learning strategy, the school preferred WhatsApp for communication among teachers, Zoom App and Google Classroom for synchronous learning and Edmodo App was preferred for Learning Management System. The school also conducted a support class for students who required additional help with reading and writing once a week for an hour. Apart from learning, one live Circle Time Session and one live PE session is conducted every week on Zoom. The SEE program (part of Circle Time Sessions) and counselling space helps to create a safe space for students to express their emotions freely and build emotional awareness in students. There is also a Boys Group Sessions for Grade 7 to build leadership skills in young boys who sometimes display negative behaviour but actually have a lot of potential and are struggling in their crucial pre-adolescent stage, this program helps them to cope with the emotional challenges that come with being in this stage of adolescence. Apart from this, the school also conducted celebrations for Independence Day, National Sports Day, Ganesh Chaturthi, Teacher’s Day, Hindi Diwas and Gandhi Jayanti online. Students, parents and teachers from all grades came together virtually to celebrate. The celebrations allowed the school to detour from the seriousness of the ongoing situation and also allowed the students to perform, express their thoughts and creativity through dance, art, poems and songs. Parents meetings are also conducted monthly via Zoom and their attendance has also increased overtime to 69%. Various topics such as Nutrition and its importance, precautions to be taken for COVID-19 and a collaboration with Haqdarshak to create awareness on government welfare schemes for families have been covered in these meetings. The school has also formulated a team focusing on improving the school’s student attendance. The teamwork with SMC parents helps to follow up with students in regards to their attendance for online classes and assignment submissions. This is helping the school improve its students’ attendance across grades. 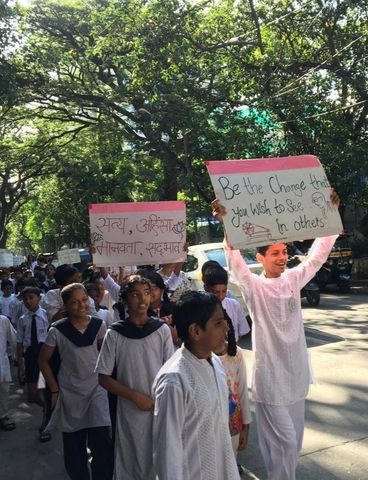 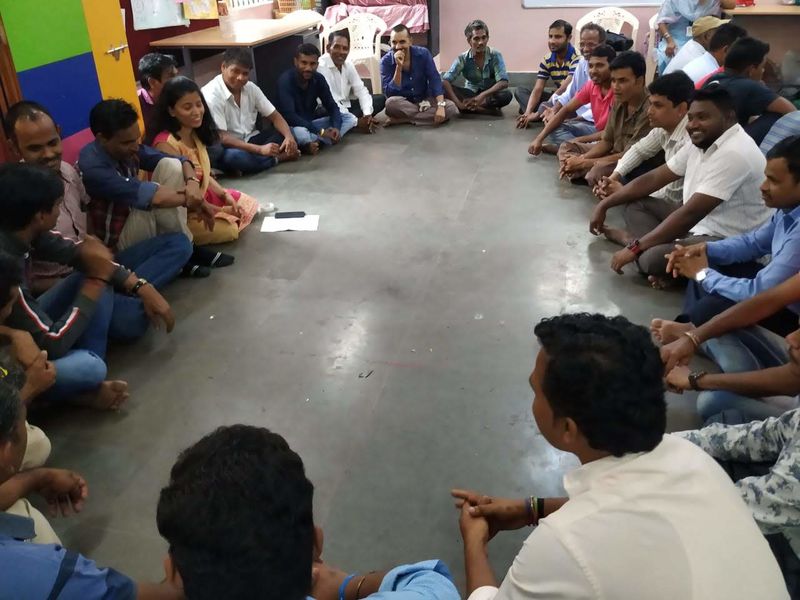 Academic Achievement: As part of its initiative to track and analyse
performance, the school has put in place a data driven
tracker system with a comprehensive framework to
analyse the academic achievement of students. The
tracker allows to analyse a range of focus areas which
include analysis of subject-wise performance of
students, teaching methodologies and skills. A gradewise analysis is conducted to identify trends which is
shared with all teachers.

Youth Development: The school conducts a range of extra-curricular classes for its students which includes Kathak, Violin
classes, Yoga and singing.
The school had participated in ‘Balak Utsav’ and performed a play on Shivaji Maharaj. The school won the first prize for their performance and a standing ovation from the judges and the audience. Under The Apprentice Project (TAP), students of Grades 5 and 6 have access to a range of clubs like dramatics, dance, art and music. Students get to choose one of the 8 interest clubs from the 4 verticals of Visual arts, Performance arts (Dance, Drama, Music, and Public Speaking), Sports (Ultimate Frisbee), or Technical arts (Coding and Electronics). The students choose to be part of the club based on their interests. TAP helps enable exposure and opportunities based on the student’s passion.

Community Engagement:The school had mothers participating in most of the events and meetings, the participation of fathers has always been low. Keeping this in mind, the school
undertook an initiative and organized an event on Father’s Day to encourage father’s interest and also to strengthen their bond with their children. This was taken further and a cricket tournament is organized every month, post which the father’s meet over ‘chai-cutta’. These meetings are used as an opportunity for rapport building and to initiate informal discussions with the fathers. As a result, parent meetings has also witnessed the number of fathers’ participation increasing this quarter. 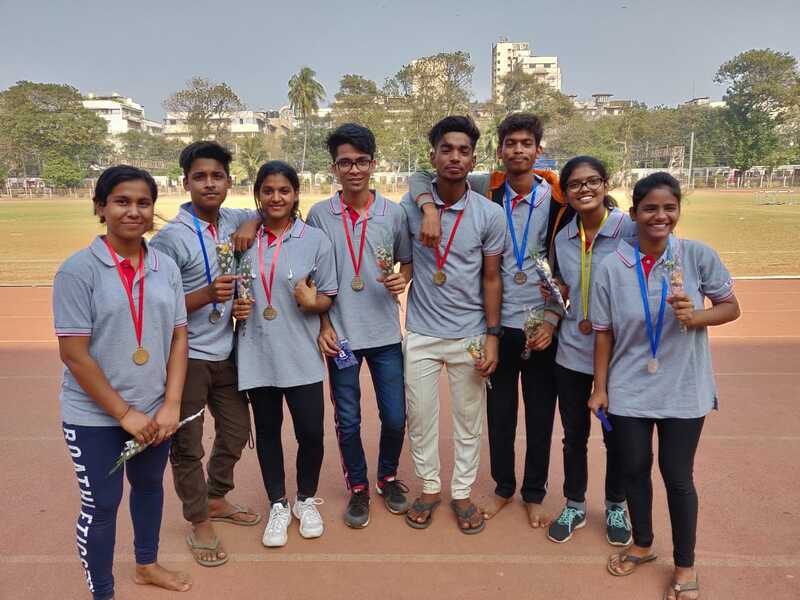 The school implemented practices that allowed students to collaborate with each other.
One such activity – Think, Share, Pair has been successful in getting the students to work in groups and also present their learnings to the rest of the class. This practice is used in almost every class and lessons are planned in a way that integrates and encourages collaboration.
An example of this practice was seen when the Science teacher introduced a lesson on the importance of vitamins for our body. Students had to work in groups and present to the rest of the class their learnings in the form of skits.

Naheeda's story is an inspiration to everyone. She comes from a very difficult background and grew up in a very conservative family. With very little socio-emotional support and money, Naheeda has managed to create a successful livelihood for herself and her family. Naheeda is an Akanksha Alumni and has been a teacher since the past 10 years. Recently, she applied via School Leadership Academy and got selected as the Assistant School Leader at our Shindewadi Mumbai Public School.

Support the education of poor adolescent children by Apnalaya