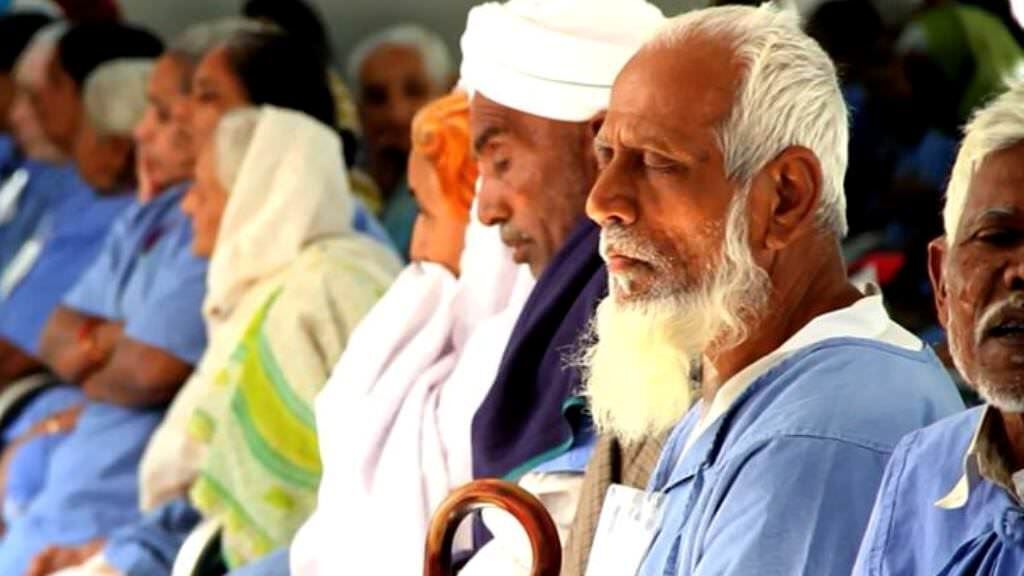 Hulladi Gowda is a 70-year-old man from Mandya, Karnataka. He worked in the fields around his home every day to earn for his family. They still struggled to make ends meet.

When both his sons left to make a living for themselves, he became the only earning member of his family. He had to look after his wife and his daughter with a failing eyesight. He did not know how he would continue to work and earn enough for the day.

One morning he heard an announcement about a free eye camp in his village. At the camp he was diagnosed with cataract. He became worried as he knew that he could not afford the treatment. His miracle came through when he was identified by Sankara Eye Hospital for a free surgery.

After the surgery, he could see clearly and do the work he had to do to put food on the table. He still has many struggles but being able to look after himself and his family gives him the security he needs to keep going.

While cataract can be treated with a simple surgery. evidence suggests that lack of money is a major barrier to the uptake of cataract surgery among the poor. 60% of the poor who are affected by cataract turn blind due to financial constraints. Poverty deprives them of access to healthcare and bad health deprives them of an income.

Sankara Eye Foundation attempts to provide free cataract surgeries. This program runs in rural areas around Bangalore in different states. Majority of the patients in this program are underprivileged adults who come from rural areas about 250 kms away from the hospital. They are identified through eye-camps and selected for surgery after required preoperative tests.

The program provides them with free surgery and treatment for three days, spectacles, stay, food and transport to the villages.Support this program to sponsor a cataract surgery and save a patient from going blind forever.

Equipped with most modern facilities & knowledgeable dedicated specialists and highly motivated staff, the SEF is committed to clinical excellence, personalized patient care, and best eye care services at all times to all our patients.One of the unique features of the Sankara Eye Hospitals is the self-sustainability model. The hospitals work on 80:20 model where 20% of the paid surgeries fund 80% of the free surgeries. This model ensures that hospitals fund themselves once the self-sufficiency is reached.

Gift vision by sponsoring part cost of a cataract surgery 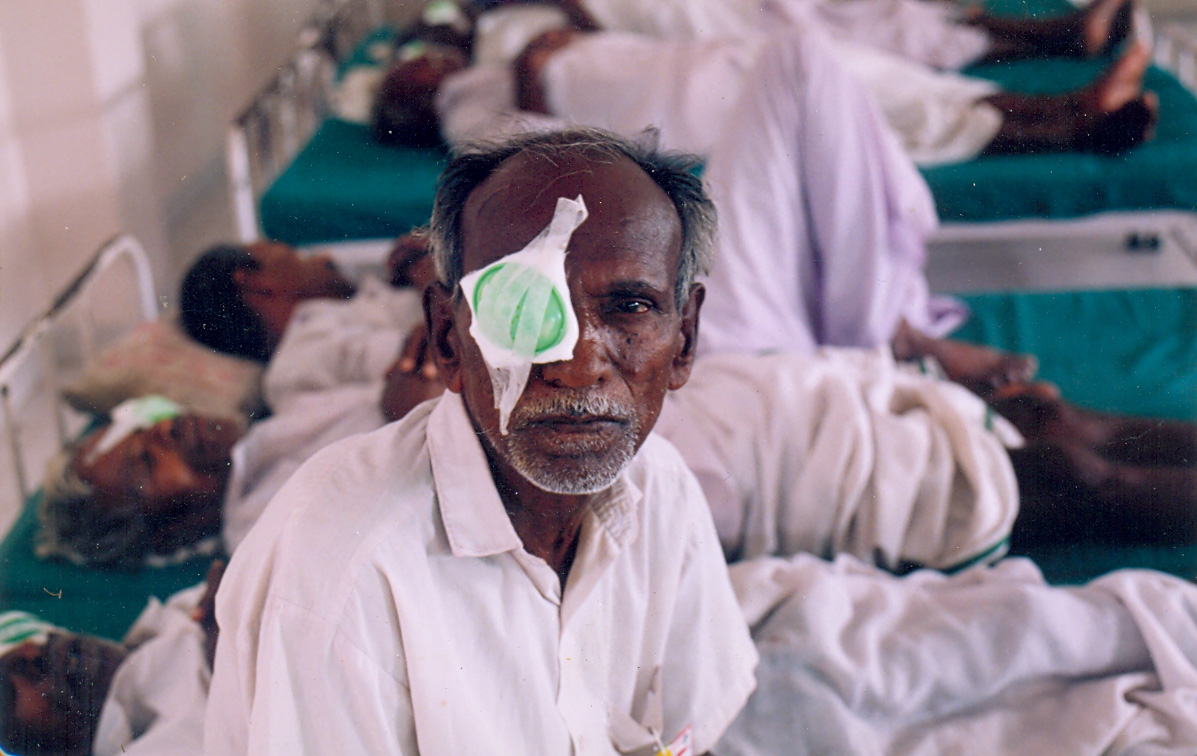 Despite the Covid Situations, Sankara was able to reach out to thousands of people and provided a vision for their life. From April 2021 to Dec 2021 we were able to conduct 954 Gift of Vision outreach camps. Through our camps, we have screened over 1,36,644 rural patients. We have performed 65,091 Vision Restoring Cataract Surgeries.

We have covered over 82 Districts Pan India through our 12 Sankara Eye Hospitals present across India.

Initially, we faced issues in getting the permissions from District Administration. Due to the Covid situation, we were not able to proceed with our community outreach camps. However, as a workaround, we enabled a direct walk-in mode in our hospitals so that the patients who needed critical eye care were treated completely free of cost with all covid precautions.

Once the situation was under control we got the permissions and we started our outreach camps. In the next 6 months, we are planning to cover over 1,50,000 beneficiaries pan India.

Master Craftsman Led Towards Light and a New Lease of Life:

75-year-old Mujamir Khan, from Ludhiana, Punjab, had serious vision problems in both eyes. Being a craftsman, his work demanded proper vision, but his vision was failing day by day. There was a stage when he couldn’t see things clearly and felt forced to quit work. His livelihood was at stake. This broke the confidence and stability of Mujamir Khan’s family. Being the only breadwinner, he feared the future. He couldn’t afford eye surgery at a private hospital and wished desperately for a miracle. Luckily, he heard about SEFI’s free camp organized near his village. He was diagnosed with a mature cataract in both eyes. He was operated on for free and regained vision in his right eye at SEH-Kanpur and will soon be operated on in the left eye too. Today, Mujamir Khan is filled with high spirits and is back at work chiselling his future with renewed hope.

Gift vision by sponsoring part cost of a cataract surgery 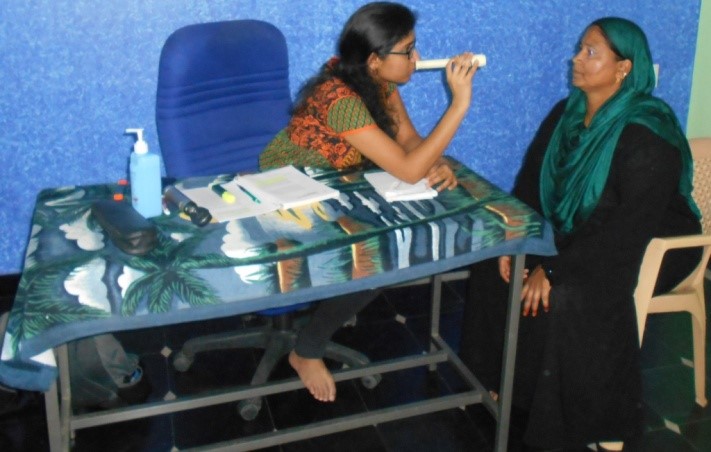 The year 2020 marks the important milestone of Sankara Eye Foundation India, reaching 2 million free eye surgeries. Sankara has become the largest community eye care network in the world with 12 hospitals across India providing Preventive, Curative and Rehabilitative programs. "When service mindedness is pitted against a seemingly impossible dream, it awakens possibilities and reveals new horizons" with our donors support "Lead us from Darkness to Light" was possible. Between Jan 2021 and June 2021 GiveIndia donations have been utilized for vision restoring cataract surgeries in the state of Karnataka covering 5 districts in total. Through our 12 Sankara Eye Hospitals we have provided Gift of Vision to 29,057 patients pan India. Most of the beneficiaries are daily wage labourers also breadwinners of the family was not able to continue their work due to poor vision. The vision restoring cataract surgery has enabled and empowered their lives and provided a new life to them

The covid-19 pandemic has hit very hard globally. In India due to various Covid restrictions by Govt. of India, permissions for Community Outreach Camps got withheld. Transporting the patients, E-Pass & Covid Test for patients was a very big challenge to us. A lot of patients were in critical need of eye care. As a workaround measure, we enabled direct walk-ins to our Sankara Eye Hospitals. With the support of local good wishers, we identified the patients who are in critical need of eye care and got special permissions from local authorities to treat them on priority. We have provided critical eye care to 29,057 patients pan India from Jan 2021 - June 2021. Till now we are facing hurdles in getting permissions from Govt. but still we have planned to provide eye care to 46,380 patients for the period July to December 2021 pan India.

Surinder Singh, 58, is a former lorry driver who had been driving for more than 30 years.He was left suddenly out of work when his vision began to fail. He had blurred vision and was found to have cataracts in both eyes. The cost of cataract surgery loomed large before him, but he was guided towards Sankara’s free surgery by one of his acquaintances who knew one of our field workers. After deciding to go ahead with surgery, he hasn’t looked back ever since!He resumed his job as a bus driver in a private college and is happy to be able to drive again. He looks forward to playing with his grandchildren soon. 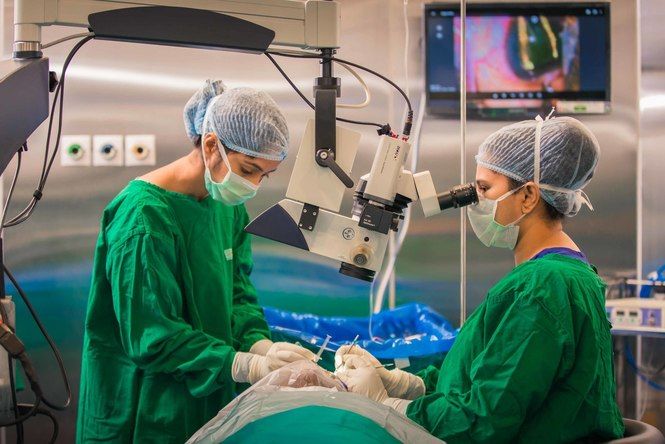 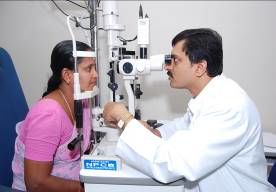 Sankara Eye Foundation attempts to provide free cataract surgeries. This program runs in rural areas around Bangalore in different states. Majority of the patients in this program are underprivileged adults who come from rural areas about 250 kms away from the hospital. They are identified through eye-camps and selected for surgery after required preoperative tests.
Sankara’s unique community outreach program, Gift of Vision, brings quality and timely eye care to the doorsteps of rural India. Several studies from India have reported poor utilization of existing eye care facilities and several studies have identified availability, accessibility and affordability as major barriers.
Historically such challenges have been tackled through either an outreach camp approach. Ever year Sankara used to perform 1.5 Lakh free eye surgeries through outreach program called Gift of Vision across India.