by Society For Child Development 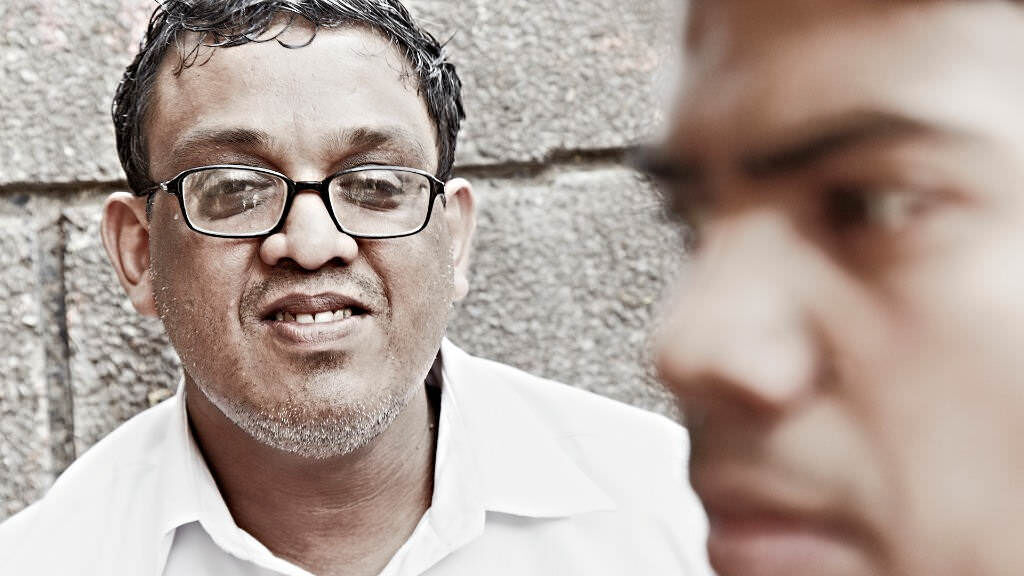 Sumeet sets an example for others with disabilities

Sumeet is a differently abled young man who works as an assistant at a Resource Center.

He was born in an underprivileged family who were not aware of his special needs. He was sent to a regular school where an unfortunate incident in class V made him shut off completely. He stopped going to school after that. People around him did not understand his condition and he wasn’t able to get the support he required.

After many years of suffering, he was brought as an adult to the Society for Child Development center. He had a hard time adjusting. He was overweight, slow, and dull because of years of inactivity.

The center slowly began to help him improve. He was guided along each step and was able to lose weight with a controlled diet. He also learnt to become self-sufficient.

*He now works as an assistant in the weaving and paper unit and is being groomed to be a counselling assistant on a salary. He can also calm hyperactive youngsters at the center. *

Children who are differently abled need understanding, care, special education and training so that they can make the most of their capabilities.

You can help these centers by donating to give meals and midday snacks to the children here. You can give with confidence because every program on our platform is GIVEASSURED. And you will have the joy of providing them the nourishment that they need to grow and discover who they can be.

Society for Child Development works to create a world of equal opportunities for children and young adults with intellectual impairment and other disabilities. Its first project, in 1992, was Prabhat, a school for children with learning difficulties.

Prabhat provides its students with an educational and training facility that empowers them with the skills that are essential for a successful life as an adult. Disabled children who graduate from Prabhat and have achieved some basic level of proficiency are sent to the Skill Development Centre. They are trained in various skills like making nontoxic Holi colors, weaving, tailoring, candle making, paper making etc based on their aptitude, intelligence and the type and extent of disability.

Donations received from this option will be utilized for providing nourishing and wholesome midday snacks and meals to the 60 intellectually challenged children/youth being educated/ trained at Prabhat Special School/ Skill Development center.

Driven by the conviction that there is a way to create a world of equal opportunities for people with disabilities, the Society for Child Development (SFCD) was set-up as a non-profit organization in 1992 to establish programs and initiatives for its actualization. Prabhat, a school for children with learning difficulties was set up with an aim to provide students with an educational and training facility that would assist them in acquiring basic living and academic skills. At the age of 18, students transfer to the Vocational Training Center to learn market-driven skills and crafts.

But the road to development is not about school and vocational education alone, and SFCD embarked on a unique website called the Disability India Network. Encouraged by the enthusiastic responses, they added an Online Legal Aid Cell which provides pro-bono counsel to the differently-abled and their families.

To expand the scope and extend their reach further, they also set-up a Parent Support Network to provide a forum for parents to benefit from each others' experiences. Because of this expansion, the Society for Child Development now includes a variety of programs and initiatives to promote the rights of persons with disabilities from several angles.

Love For All, Hatred For None.

Love For All, Hatred For None. 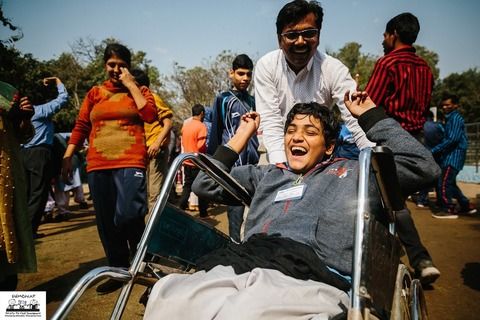 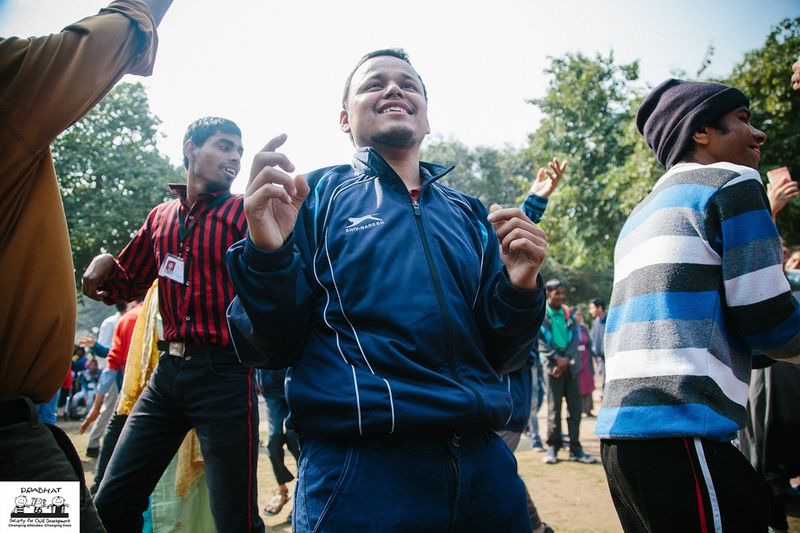 Society For Child Development aims at providing the beneficiaris with consistent and balanced meals of Rice, Dal, Vegetables, Yogurt and Fruit (Nutritious food). Under the program support the meal expenses of a special needs person it is made sure that each beneficiary maintaines healthy weight, had high energy, attention and concentration levels apart from making sure they get healty food to eat. Our Annual Picnic was arranged in the month of February and everyone wholeheartedly joined all the activities without feeling tired! It was indeed an exciting and thrilling experience for everyone at Society For Child Development. 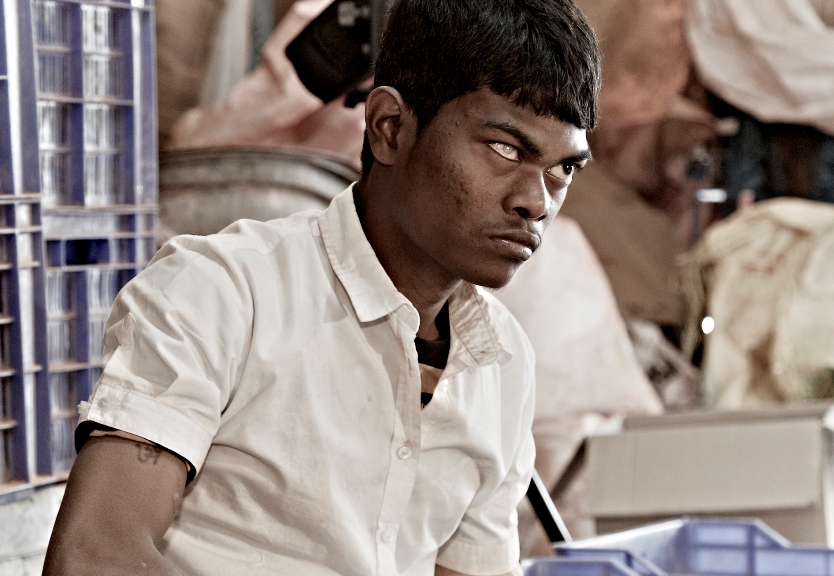 All students and Trainees attending the Prabhat Resource Center are provided with nutritious meals as part of their daily routine during the school day - a snack at 11:00 am and lunch at 1:30 pm. The menu is planned each month, and cereals and vegetables are regularly rotated to ensure that the meals are nutritious, are high in protein and have variety. The kitchen and other resources required for preparing the meal are all in-house. This activity also provides an opportunity for young adults to learn appropriate social habits while eating, learn to serve themselves, clean the table and also (as is the case with the older students) learning the basics of cooking.

Vicky is the only son of his widowed mother. When a young boy, he lost his father to a fatal road accident. His mother, an illiterate woman herself had to then find a way to raise her child. With no skills she worked as a house maid where she earned enough to feed the both of them. So Vicky never really had a choice of going to school or having friends he could call his own. Vicky was born with a Visual impairment - low vision - which rapidly deteriorated when he developed an acute opacity of his lens at age 10. Around the same time, his hearing also started failing. Thus, now both near blind and hearing impaired Vicky remained confined to his home when his mother would be out at work. And so time went by when during one of our community meetings in the North Delhi area, we met with Vicky and his mother. These community meetings are held in the District Commissioners office every month, and people in the communities of North Delhi are contacted through the RWAs of each area. Soon after, Vicky joined Prabhat - a malnourished, scared, introverted boy of 14 years. It took a lot of time to help him get used to his surroundings, a year before he had the courage to travel on his own and hundreds of nourishing meals before he began to fill out. During this time, he spent time at the "Trash to Cash Livelihood Center" where he assisted the fabricators by fetching and carrying for them. Today, he cares for his ailing mother with his stipend and is an able assistant to the Production Manager. He aspires to be a tailor. He is on the mid-day meal program, which ensures a nutritious snack and lunch everyday.