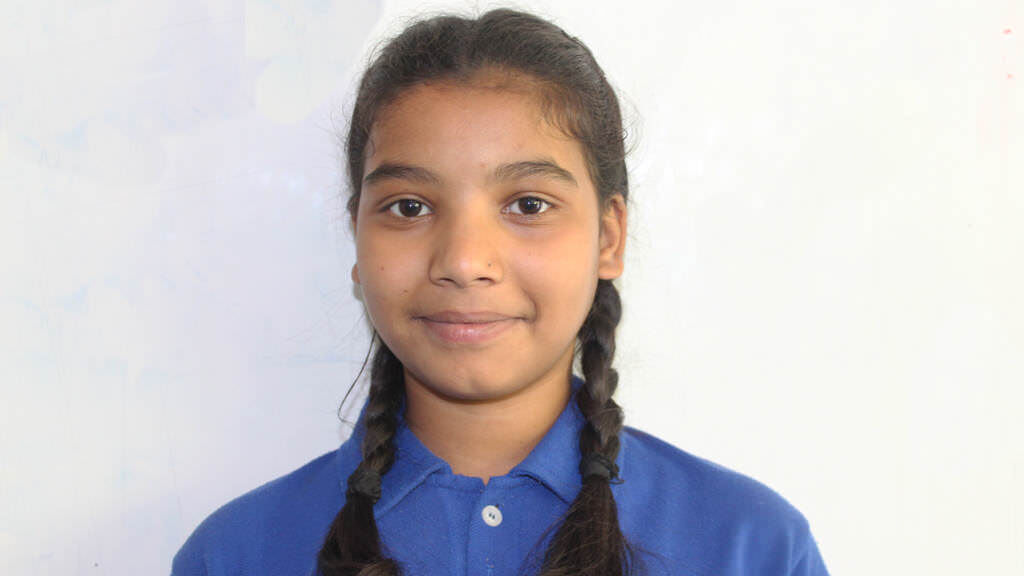 PYDS believes in the adage that education does not come books alone. Sonali came to PYDS as a 9-year-old. Even though her family is very poor and lives in a remote village, she had a great deal of potential.

She had little understanding of her cultural heritage, the wider world and had missed out on important lessons like teamwork. In PYDS, Sonali was introduced to sports and arts. Unsure at first, she soon learned to play badminton and basketball and is now a proud member of her team. She has also developed a great interest in Kathak and dances with grace. She is now a regular in all school events.

Support this well-being program and gift the child you support the childhood she deserves.

An annual day is hosted to foster a sense of community and showcase the children's talents. They are given guidance to perform in front of an audience. Children are awarded for achievements to encourage them. Parents are invited to the monthly events so they can be proud of their child's development.

This program is run with donations received which cover the salary of teachers for activities, musical instruments, and cost of off-campus activities. Your donation will cover the cost of holistic learning of a child.

Purkal Youth Development Society came into existence when Mr Swamy noticed gaping lacunae that existed in the rural community in terms of youth employability. The youth in that area lacked opportunities, motivation, and determination to move forth. Thus, PYDS came into being.

Located in village Purkal, Dehradun, Uttarakhand, Purkal Youth Development Society (PYDS) provides quality education and holistic care through a CBSE affiliated school, from Grade I to XII to children (predominantly girls) with potential, from deeply needy and underprivileged families. This is done through a combination of high-quality academics, adequate nutrition, comprehensive health care, and full exposure to co-curricular areas, at no cost to the families. Their ultimate objective is to prepare the students for adequate employability. The parents/guardians of these students are mostly illiterate or semi-literate employed as marginal farmers, domestic helpers, farmers, drivers and watchmen. We give preference to children of needy, single mothers.

For its work, the Society has been awarded numerous times. Some of these prestigious awards include Spirit of Humanity Annual Award, Life Time Achievement SABERA Award, International Social Impact Award, India NGO Awards. In its journey, the Society has impacted 839 beneficiaries, out of which 114 are adequately employed in varied fields and 161 are pursuing further education.

2015: The founder of the Society Mr. G.K Swamy won the INST Radhakrishnan Award 2015 for outstanding contribution in the field of Education

2018: Most Promising Programme Award for providing “not just education” by CauseBecause 2018

2011: Regional Finalist in India NGO Awards 2011 for transparency and accountability. This is an award given to NGOs having best governance policies and transparency

Keeping our mission strong even during the crisis 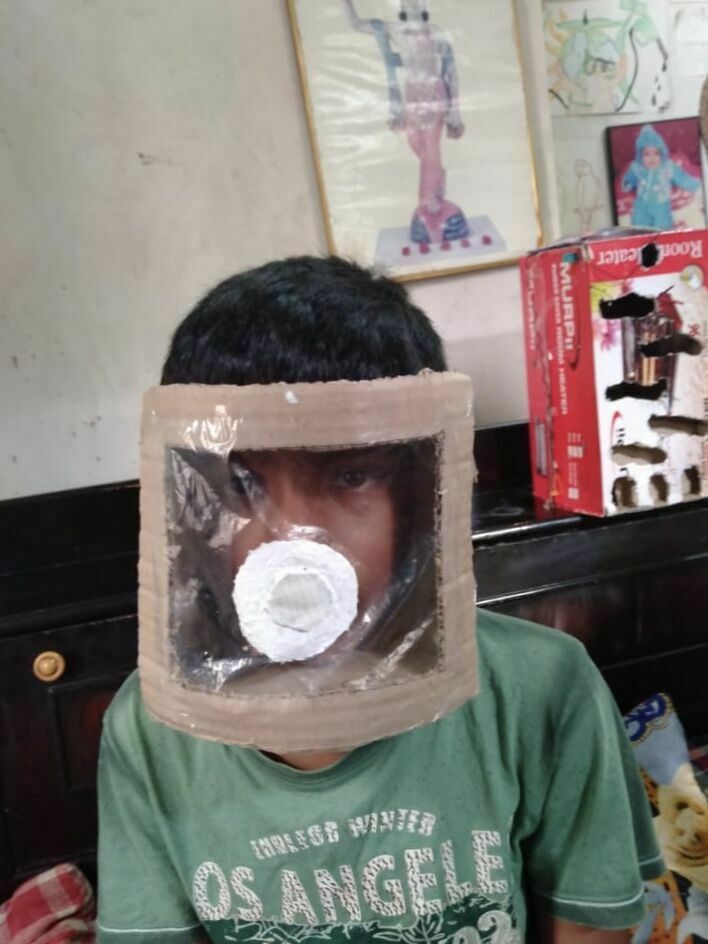 We have been able to function reasonably well despite the severe constraints imposed on us (as on everyone else) by the pandemic. We have been able to keep our scholastic, co-scholastic and administrative pursuits going and credit these to our timely planning and focused execution and sheer enthusiasm for learning amongst our children. During this lockdown, students utilized their time to develop new skills or explore hidden talents; be it crafting earrings with rice grains, baking or learning calligraphy. This crisis has given an opportunity to our children to learn new skills, develop compassion and resilience while working to build a safer and more caring community. Our students designed Protective Face Shield and Foot Operated Hand Sanitizer Dispenser – designed by Dev Verma class 8(A) using PVC pipe. One of our students built Running Toy Horse using a syringe and cardboard. The toy-horse uses the principles of fluid pressure (hydraulics). It was part of a school project assigned to her. In order to brace our students for one of the chapters, on the life of the Shehnai Maestro Bismillah Khan, students of class IX were given the task to produce music at their homes with anything at their disposal. One of our students of class IX exercised her mind on how to use waste wood at her home and came up with a brilliant idea of making a Wooden Badminton Racket out of it. We constantly try to develop the habit of ‘reusing waste resources’ in our children. Learning about her effort was a satisfactory and proud moment for us. Few of our students are on their way to be recognised by International Award for Young People (IAYP), in their chosen skillsets. We feel proud to raise students which fulfil the ultimate mission of our organisation: grow the underprivileged children of Uttarakhand into sensitive, healthy, intelligent and contributing members of society.

Apart from academic growth, our support extends to the physical, emotional, social and intellectual care of the child. In January, our girls won the Khel Mahakumbh U-17 State Level Volleyball Tournament. One of our students played the U-14 State Level Volleyball Tournament where her team won the Silver Medal. Ashita Penouli from class 8(A) has been selected for the National under 14 team. She would be going shortly to Lucknow to play in the finals. Our boys’ and girls’ Basketball team competed in the under 14 Basketball Competition. Our girls’ team was the runner up team while the boys’ team secured 3rd position. Lots of activities were undertaken in the Tinkering Lab, a learner's space where our students love to spend their time. They've been working on something or the other since its commencement in 2018. During the last quarter, some teams were assigned a task of creating Robo-Cars which pitted against each other. Our comprehensive medical care ensured the well being of every student. Medical clubs were weekly held for preventive health measures. Some volunteers from Griffith University took a session on oral hygiene. Like the medical club, several other hobby-specific-clubs were also held. These clubs help students hone the skills for which they have a flair. This New Year 2020 began with a memorable trip to Gujarat where a group of 56 (50 students and 6 teachers) experienced the rich Gujarati history, heritage, and culture. The Pushkin Chandra Memorial Competition was organised on 17th February. This competition entails Story Narration and Poem Recitation in both English and Hindi by the students of classes 1-5. It was instituted by Mr. Anil Chandra in the memory of his son Pushkin and has been held every year since 2012. 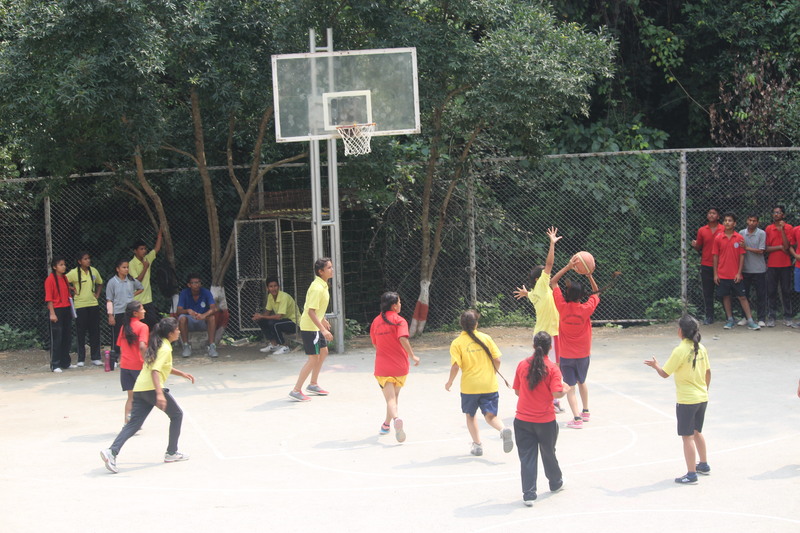 This quarter children participated in off-campus activities which included visit to places like Science Park, FRI, Asan Barrage, and Agricultural farms. Tinkering lab increased innovation and creation in students. Students had made several projects where they achieved many prices. Three students of class 9 won the Enhanced Level First Prize in IMPACT Project of the Year 2019 competition held by SRJNA, Delhi, in the project - Campus Map for the Blind. New equipment were added in tinkering lab. The students even participated in several competitions conducted in different schools for essay, quiz, and sports competitions where students even achieved medals. Students received certificate and trophy in All India Essay Writing Competition. The Pushkin Chandra Memorial Competition conducted on 19 & 21st Feb. witnessed heart-warming participation in story-telling and poetry-recitation from classes 1 to 5. Many more such activities are planned for students in their new session.

In January 2019, Riya is at the Mary Kom Boxing Academy, Imphal, Manipur, watching with tears in her eyes, her code number come up among the selected for training at the prestigious institute built by the National Sports Development Fund. Riya’s mother’s journey to hell ended when she decided that domestic violence should not win. Married to an abusive drunkard man, she walked out of the relationship and struggled to bring up the three children. Riya, being the youngest, enjoyed sports at Children’s Academy. Playing at the Parade Ground, Dehradun, she built her positive mental attitude, social skills, healthy living habits and physical trait of coordination and strength.

Fun of Judo and the martial arts, experimenting with their techniques, different grips, grappling styles and the judo sparing enthralled her. Mentorship of Mr. Patwal, her sports teacher at PYDS did wonders for her. A boxer himself, inspired and motivated her, planted the seed of a boxing career in her and helped her grow her dream. She excelled in Volleyball and Basketball, apart from using her Saturday club time to learn the nuances of Body punches, hook, jab and the knock out. Knowing that there are no shortcuts to anyplace worth going and that education is the key to success, she is a good student as well.

Her Silver Medal for the Boxing at the Maha Kumbh was the final spur to her decision to pursue boxing. To choose Mary Kom was her Principal Harwant Singh who proposed it.

Selections for the National trials at Maharana Pratap Sports College in Raipur, Dehradun, representing Uttarakhand and winning two rounds, were the stimuli that propelled her into the competition for admission. Arvind of the placement cell, the financial support garnered by PYDS from its friends made the rest happen. She joined the academy on 6th April, 2019 and is training hard to achieve her dreams.