Support the educational expenses of a tribal girl by Vidhayak Sansad 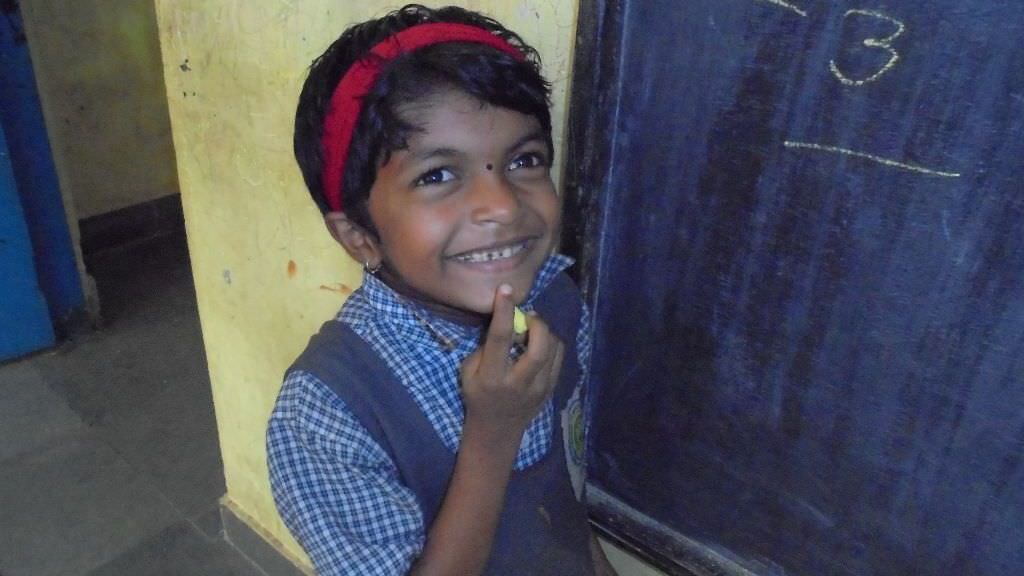 You can help a rising leader like Pooja fulfill her dreams

Pooja is a young girl from the Katkari tribe in Maharashtra. She was the first person from her family to go to school.

Tragedy struck her life when her parents died when she was in class 2. She had no one to look after her or pay for her education. She had to drop out of school and go live with her grandmother.

Volunteers from Vidhayak Sansad found Pooja and brought her to our residential school. The school started looking after her education, shelter and basic necessities. She is now in class X and is good in drama, music and sports.

She wants to go to college after she graduates. She hopes to one day become a leader who brings change in the lives of tribal people. Pooja is a role model for her entire school today.

You can donate to fund the education of a child like Pooja. You can give with confidence because every program on our platform is GIVEASSURED. Your donation will help a young tribal girl build a life for herself.

Vidhayak Sansad's residential school in Thane provides tribal girls from the Katkari tribe access to education. The Katkaris are a vulnerable tribe with only 3% literacy rate among women. Many girls work as child laborers in brick kilns sites.

Over 230 girls rescued from child labor study and stay in the hostels. They are provided with free education, accommodation, and quality nutrition. They are also taught co-curricular, sports, and computers. The school caters to grades 1 to 8 following which the girls are enrolled in high school till class 10 while they continue to reside at the hostel. A safe and caring environment, as well as the nutrition required to grow into healthy adults, is provided.

This donation will be used to sponsor food and accommodation expenses for the hostel. Donate to this program and a tribal girl can get access to a safe shelter along with education.

Amol Namjoshi is the head of the Organization. He is working in the social field for last 15 years. He worked actively in the field of Livelihood, education and human rights. He has completed his post graduation in Environmental Studies.

Vidhayak Sansad was started with the belief that every individual has a life of dignity.

They aim to provide socio-economic empowerment of tribal people, dalits, women and other deprived sections of the society.Close to 300 Katkari Tribal Girls study in the Model Residential school and about 1500 children have been mainstreamed by the foundation.

2017: Award for Right to Pee Campaign

At last we came back in school 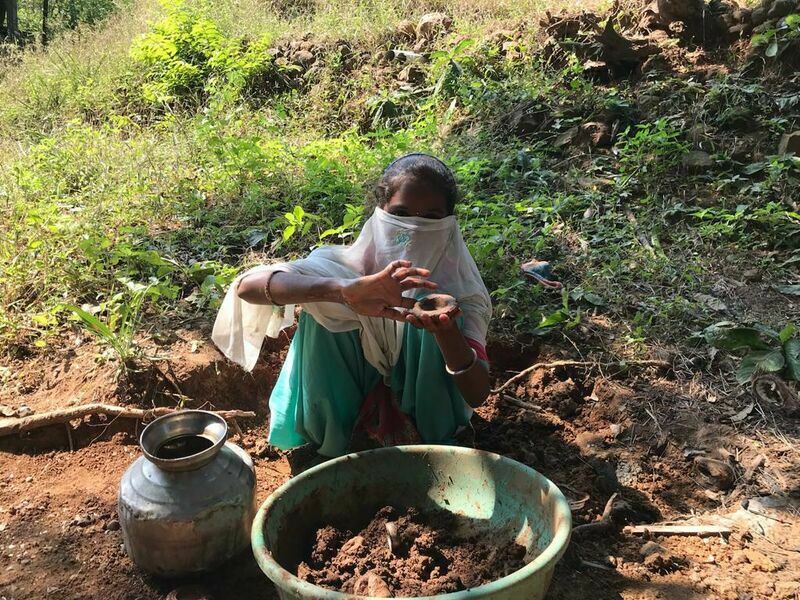 This reporting period was very critical in terms of children's education. All schools were closed due to the Covid Pandemic situation. As a result, the educational loss of the children was on a large scale. Our school was no exception. But even in such a situation, our school decided to provide online education to the students from the month of July so as not to cause any educational loss to the students. For this, the parents of the students who have smart phones were grouped according to the class. And through WhatsApp and voice calls, interacting with them, guiding them through the study, giving them homework, following up on whether it happened or not, was done to keep them connected to the study. Along with the study, various competitions and co-curricular activities were organized online for the students. In this, he tried to give a chance to the creativity of the students by holding an essay and painting competition on the occasion of Teacher's Day on 5th September, slogan competition, handicraft competition and letter writing competition on 14th September. The students responded well to this initiative After the outbreak of Covid virus was reduced, the school started conducting study classes in six villages in August where there were five or more girls in the school. From this course, 66 students were taught with the help of local volunteers and teachers. Along with teaching work, various co-school activities were also implemented. In this, Gandhi Jayanti and Lal Bahadur Shastri's Jayanti were celebrated on 2nd October. Students cleaned the village and gave speeches on their lives. Reading Inspiration Day was celebrated on 15th October on the occasion of the birth anniversary of former President Dr. APJ Abdul  Kalam. Students were briefed on the occasion of World Human Rights Day on 10th December. The students' practice exams were held at the end of October. From November 2020, the actual school was started for the students of 8th to 10th standard following all the rules of Kovid. The curriculum was reviewed by the students for the first month. After that, regular regular courses were started. During the two months of actual school, personality training camps were conducted along with teaching. Information was also given by celebrating Constitution Day. A health check-up camp was organized for the girls and their health was taken care of. Thus the work of the school was completed in these six months.

1.We run for achivements. 2. We are our Guards 3. We sing to our music 4. I am speaking Savitribai

1.We run for achivements. 2. We are our Guards 3. We sing to our music 4. I am speaking Savitribai 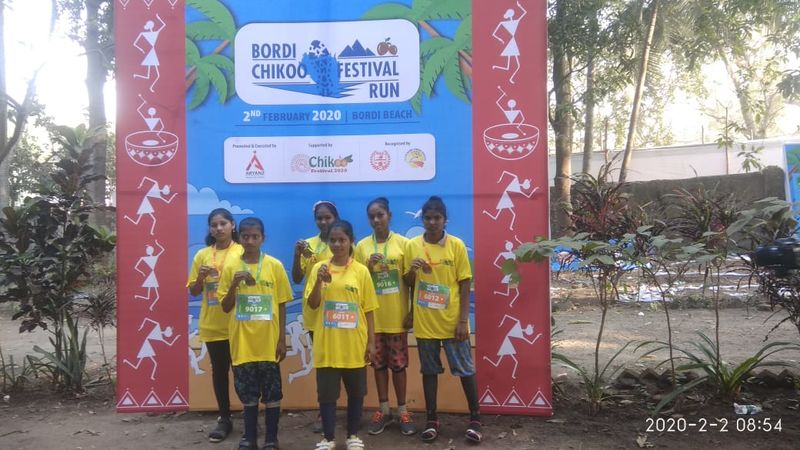 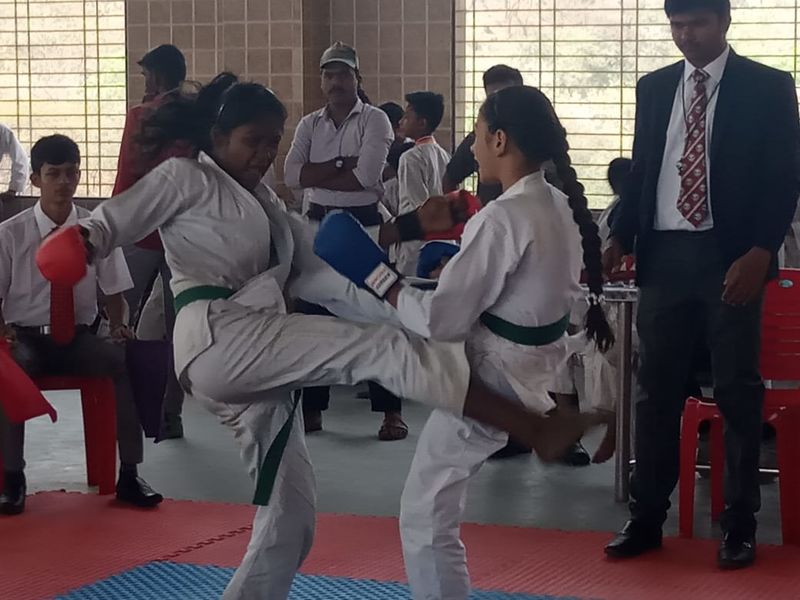 A quick look at the year in Vidhayak Sansad

A four-day long Annual Sports and Art Festival was organized in December where the girls participated and competed in different sports and arts; -- the first three winners of each category were awarded trophies, medals, and certificates.

While birth and death anniversaries of great leaders were celebrated and observed by organizing elocution and quiz competitions, other festivals were celebrated traditionally after sharing the importance, beliefs, and cultures attached to the festival. The girls enjoyed a mini vacation during Ganesh Chaturthi and Diwali.

The first unit test was conducted in August and baseline exam and elementary and Intermediate examinations were conducted in September.

Activities like Puppet making, Ganpati idol making, and painting Diyas engaged them and helped them explore their creative side.

A two-day Monsoon sports event was organized in August

Educational trips to Bhatane village and MajivaliKatakariPada (hamlet) were organized. Visits to Waliv Police Station and Parol Primary Health Centre gave the girls a wonderful exposure. They were also enthralled by an orchestra by blind artists and a magic show.

The girls are in the process of discovering and developing their interests in classes like singing, tailoring, music, computers, calligraphy, and Karate. They have become more vocal and freely express their ideas due to participation in events during KRANTIDIN and 'International Tribal day'.

This academic year started with a yoga camp which helped the girls develop concentration and become more disciplined.