by Delhi Council for Child Welfare 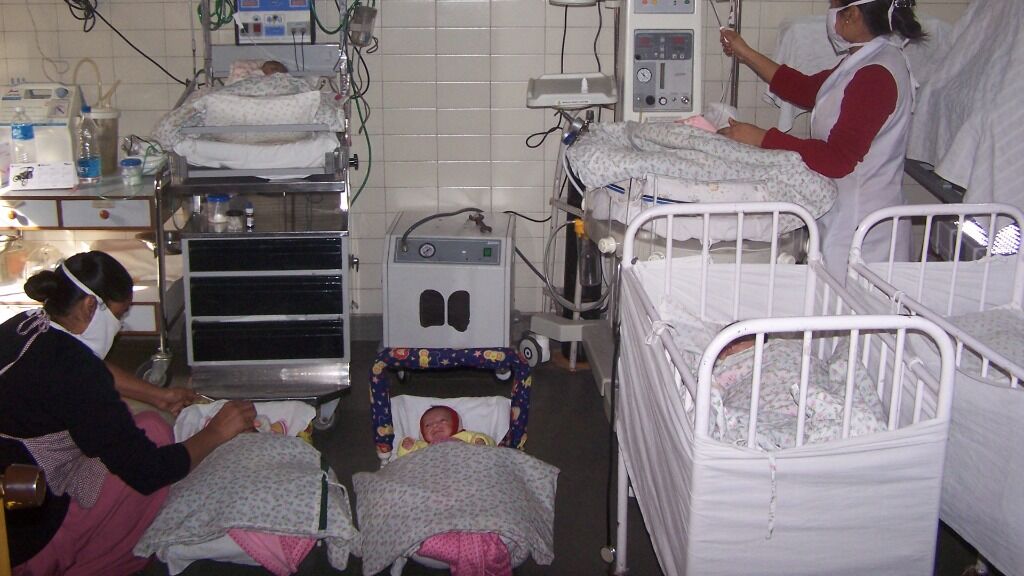 The doctors who give Madhavi a new lease of life

Madhavi was abandoned when she was just 2 weeks old in the cradle outside the gates of Palna.

She was immediately taken to the Medical Crisis unit for a preliminary examination. The examination revealed that she was small for gestational age. She weighed less than 3lb. She was dehydrated and lethargic. She was suffering from hypoglycemia - deficiency of glucose, hypocalcemia - deficiency of calcium, and a urinary tract infection with sepsis. The doctors and medical staff at Palna worked hard to save her.

As she improved, nasogastric feeding was started with IV fluid. In the following months she recovered fully and moved to an oral full feed.

As she got stronger she was immunized according to her age. A few months later Madhavi developed mild pneumonia. The doctors treated her and she made a full recovery.

Little Madhavi soon steadily gained weight. It was due to the hard work, care and nurturing of all the staff at Palna that Madhavi is today a normal growing baby.

Madhavi is now all ready to start her new life with a loving family who have decided to adopt her.

With a little support from you, children like Madhavi can be saved from ending up on the streets and be given a new life and new family.

You can help abandoned children with a home and a normal childhood. You can give them the hope of a family. You can give with confidence because every program listed is GIVEASSURED.

Palna, which means "cradle" as well as "nurture" is a home for abandoned, homeless and destitute children. It is Delhi Council for Child Welfare's most well-known program.

Established in 1978, and located in Qudsia Bagh, Old Delhi, it is a haven of peace, security and stability for the children who come here.

One unit of donation to this program will cover the cost of the care of a child for a week in the Palna program.

A palna is placed just outside the gates to allow a child to be placed in it by anyone, without the need of identifying themselves. Most children come into the home this way. Children are also admitted into Palna through the police, hospitals, and clinics. Occasionally, families may come to the home to relinquish their child. As soon as a child is placed in the cradle, a siren is immediately activated, and a nurse comes to take the child in.

As soon as a child comes to Palna he or she is taken to an in-house medical crisis unit for a thorough medical check-up. Medical treatment is given to the child if required.

Infants often arrive in a precarious state of health - low birth weight, hypothermic, babies with trauma and congenital defects or mentally challenged. Survival is the immediate challenge for a newborn. A team of dedicated round-the-clock doctors, nurses and caregivers take care of the requirements of the children. A medical crisis unit with all the necessary equipment is available to handle emergencies among infants and newborns. Mortality in Palna today is negligible.

Palna has a team of qualified therapists, counsellors, caregivers and teachers who oversee the growth and development of each child.

With these dedicated efforts children in Palna no longer have delayed milestones.

Today, on an average, Palna looks after 60 - 75 children from newborns to 8 year olds.

Efforts are initiated to trace the family of the child. If it is established that the child is abandoned, Palna works to place the child in adoption. Over the last three decades, over 2,800 children have been adopted by loving families who were selected after rigorous screening and evaluation procedures.

The Palna center playground equipped with swings, slides and cycles for the older children, and pre-school classes are held for them.

The children's birthdays and popular festivals are celebrated. The children also go on picnics.

Palna has the atmosphere of a home. Along with medical care, proper nutrition, and education, the children are loved and there is much fun and laughter. Palna children are happy children!

When you donate to this program, you save abandoned children from a life on the streets and give them the happy life they deserve.

Delhi Council for Child Welfare started its work to provide care to the displaced, lost or abandoned children in the riots surrounding the Partition of India. It is an NGO that now provides services to the underprivileged children of Delhi and the neighboring regions to promote their health, development, economic and social wellbeing.

The most well-known programme of DCCW is Palna, home for the abandoned, homeless and destitute children. At Palna, infants arrive in a precarious state of health and the best possible medical care is given to them. It is a home to those children whose parents relinquish them or surrendered to them by the Police. DCCW works towards creating awareness on matters of basic health and hygiene, nutrition, pre-natal and post-natal maternal and childcare to the women in rural areas and urban slums. They also conduct programmes aimed at the education of children from underprivileged families.

The Orthopaedic Centre set by DCCW provides a complete range of rehabilitation services to physically disabled children, especially those affected by polio. More than 9,000 surgeries have been performed up to date and 25000 children have been fitted with polio aids. Their mission is to give every child the childhood they deserve.

Delhi Council for Child Welfare has

provided quality care to 2192 children in OPDs of hospitals 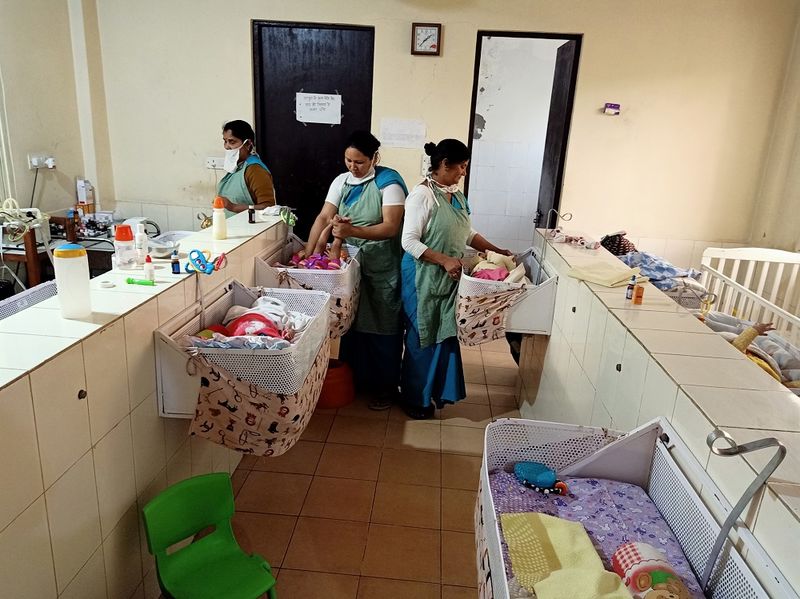 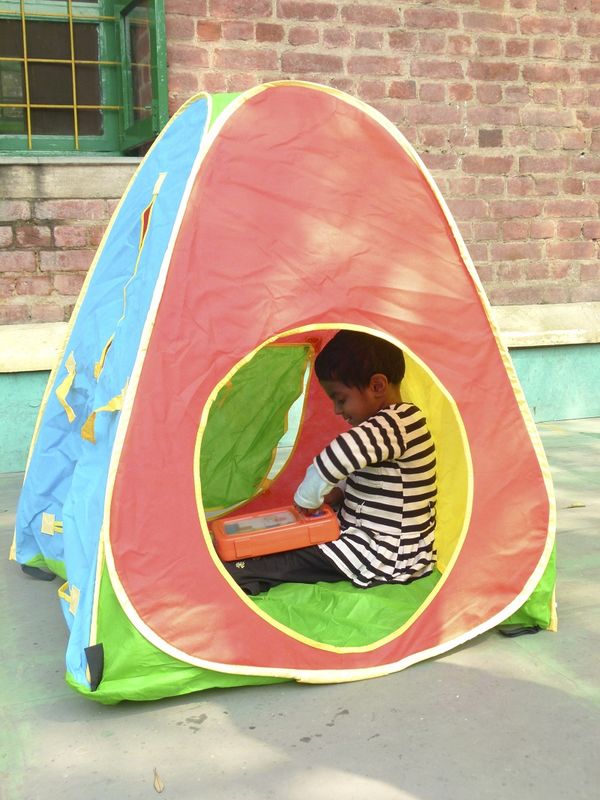 PALNA is our home for lost, abandoned or homeless children. They are cared for in a home-like environment, and all efforts are made to place them in adoption with a suitable family. One of our most recent cases is Baby Aruhi who came to PALNA through the cradle as a newborn with health complications. After over 18 months of care and treatment, she became a healthy child and just joined her adoptive family. There are typically about 60-75 children at any given point of time. Every aspect of a child’s development is taken care of at PALNA, be it medical / health, emotional, social or academic, to ensure each one reaches his or her potential. This remains our most cost-intensive programme and we continue to require funding to keep it running as a best-in-class home.

The happiness in togetherness

The happiness in togetherness 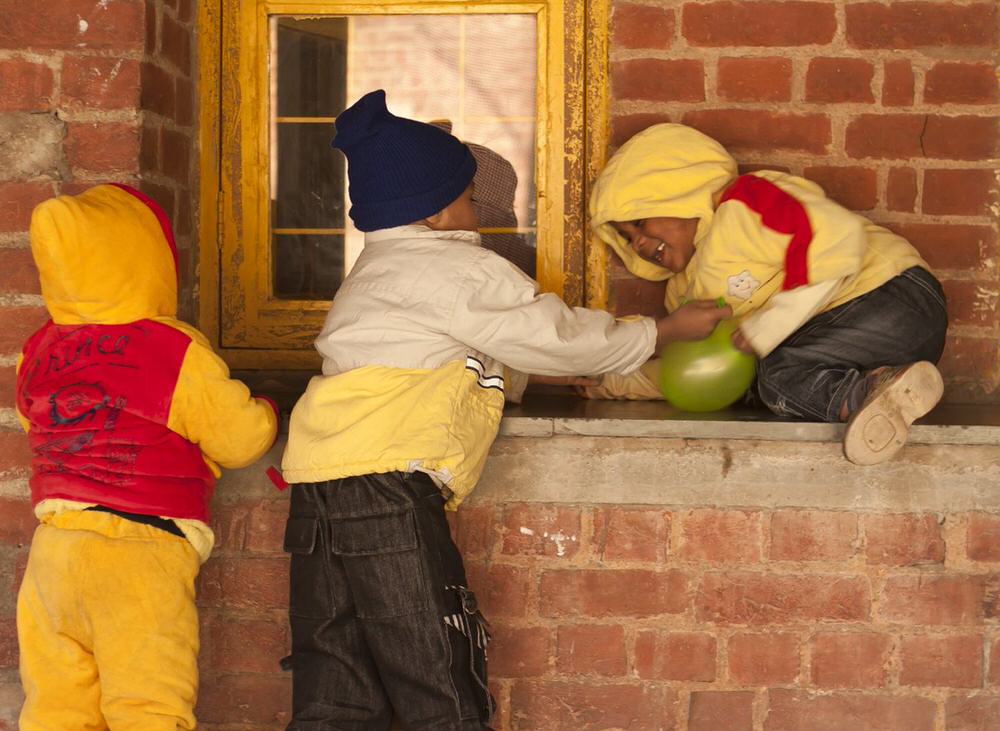 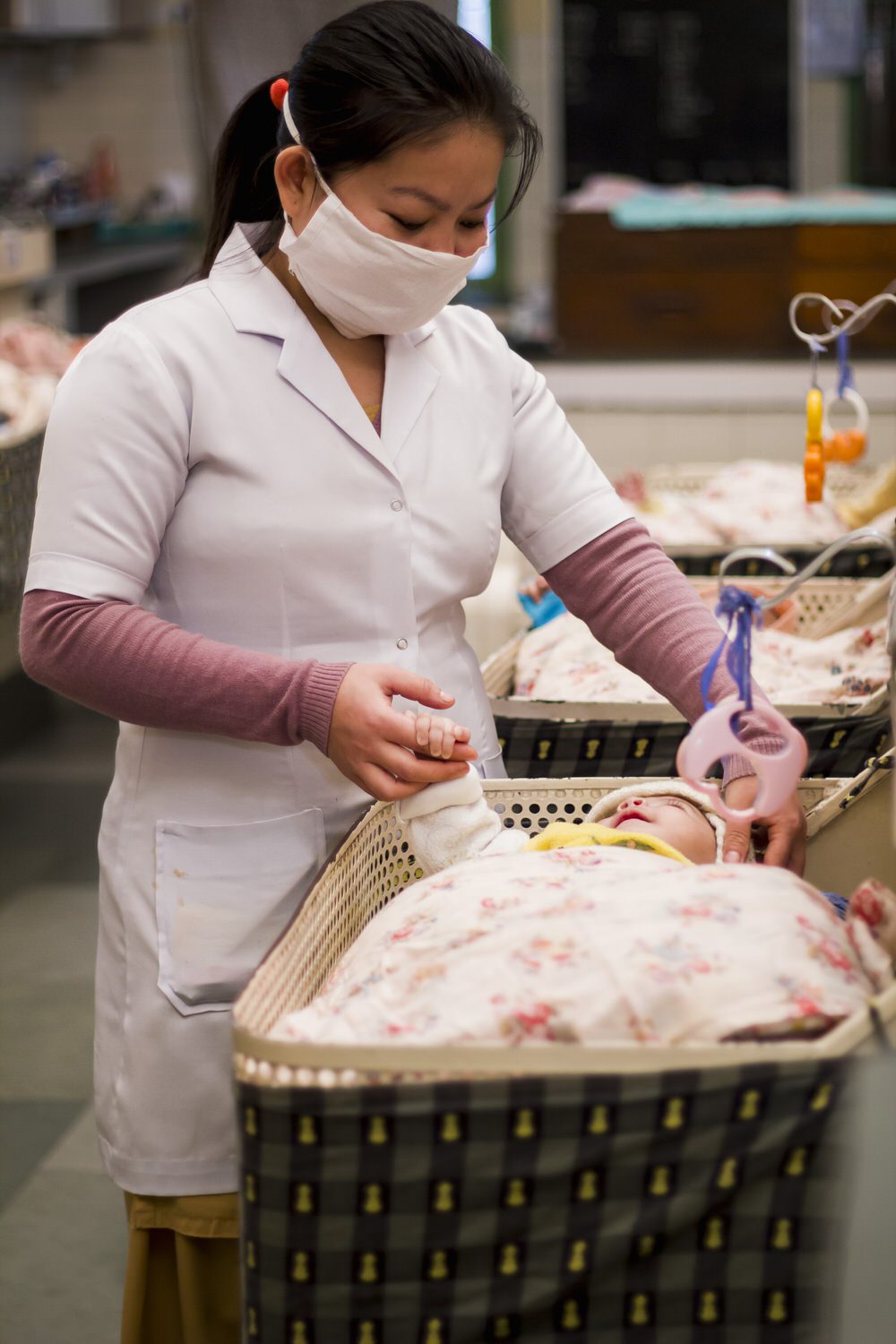 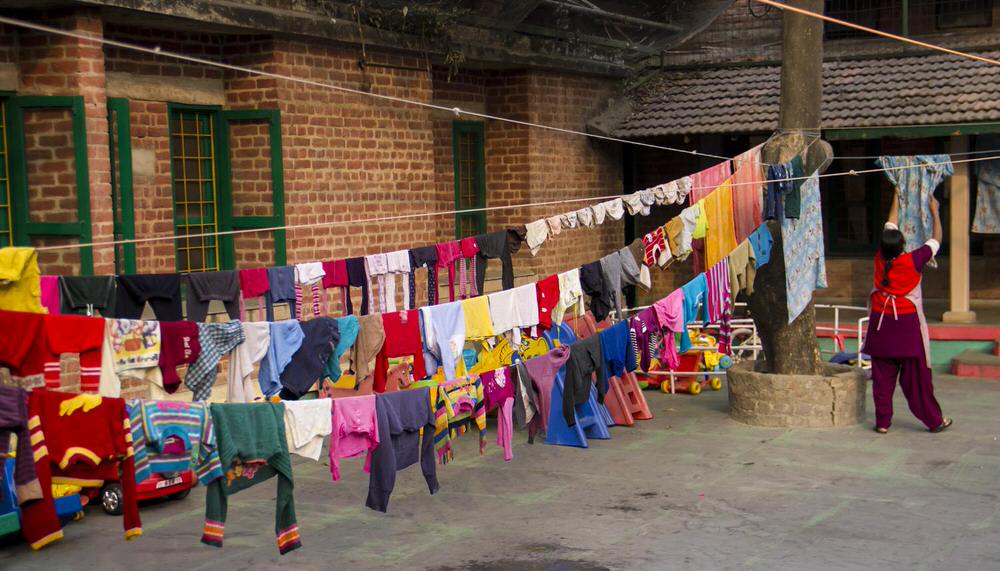 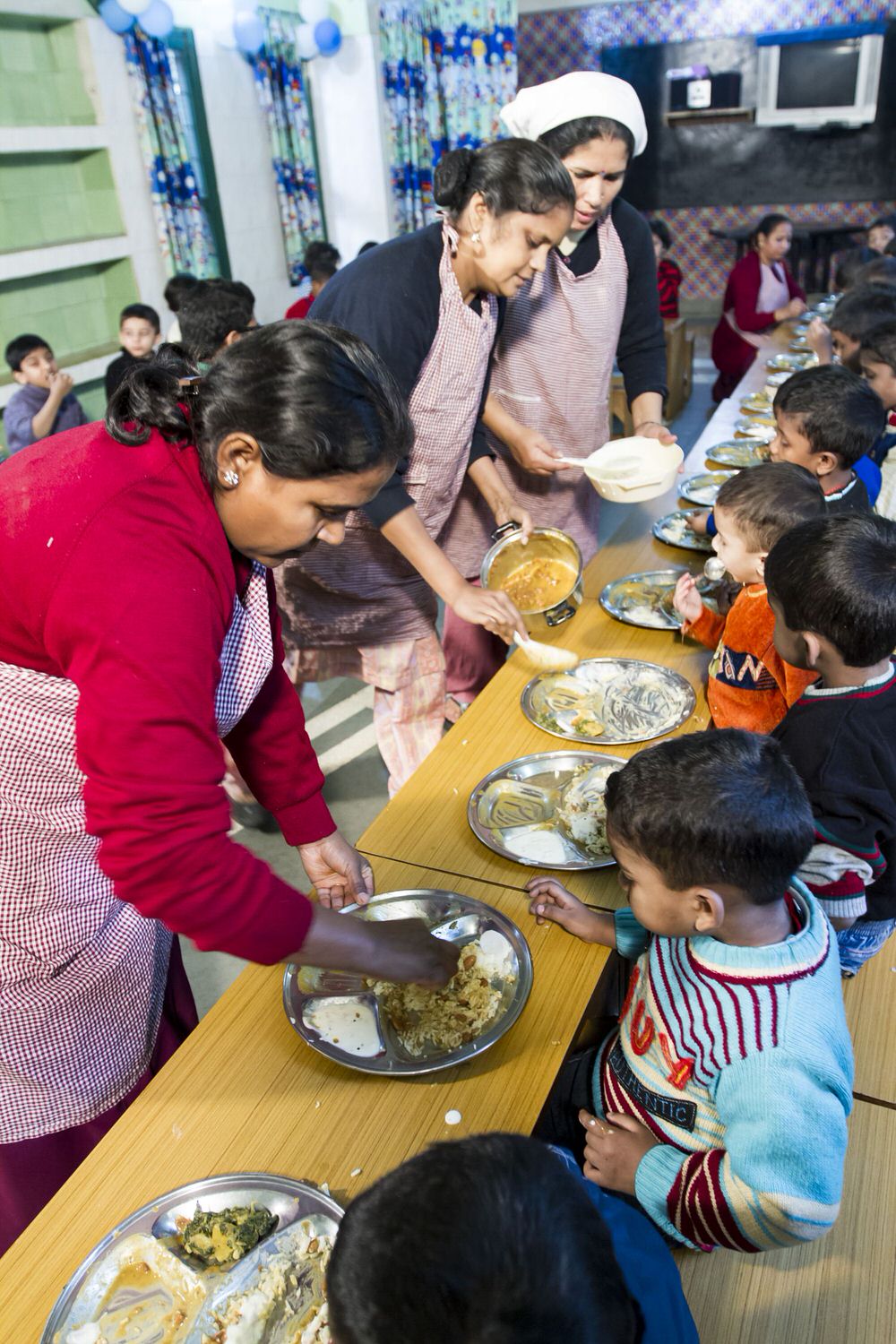 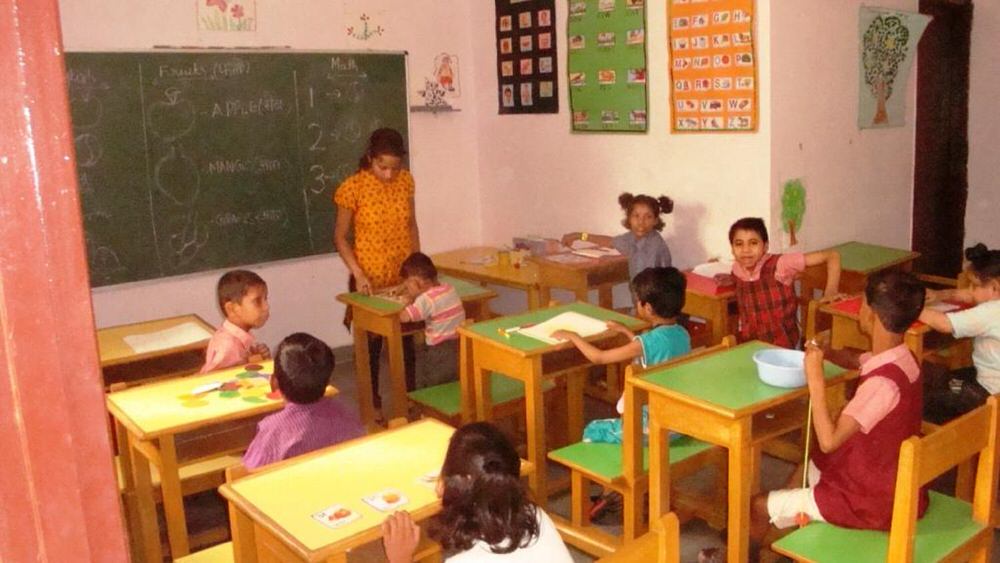 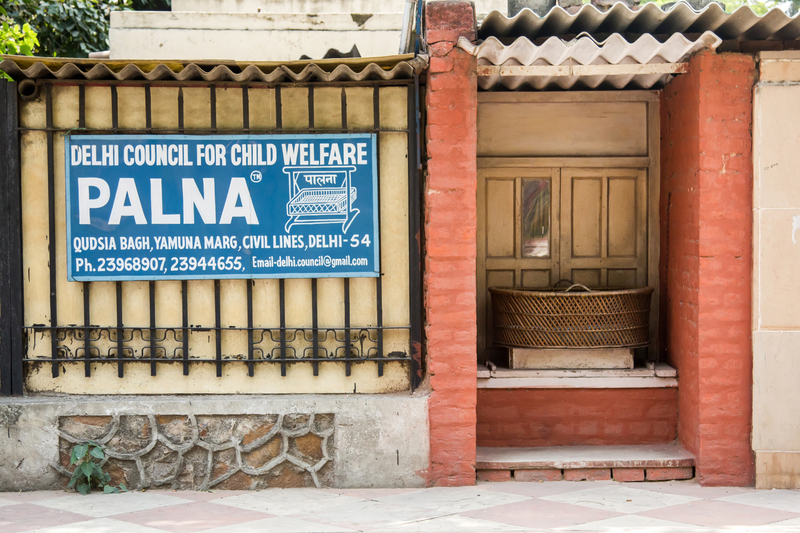 PALNA is probably Delhi’s most well-known home for abandoned children. It was established in 1978. Children typically arrive at Palna either through the cradle (palna means cradle and nurture) at our gate or are brought to us by the police, often in a precarious state of health. Donations to sponsor the care of a child at Palna are used to support one of our children. Alongside caring for, rehabilitating, and educating the child, we try and place each child in adoption in a suitable family after a very thorough vetting process. Today there are thousands of happy, successful, Palna children all over the world, making their mark in society.

Keshav Keshav was an unknown, abandoned, absolutely new-born infant when he was received at Palna through the cradle at our gate in July 2018. He was immediately taken to our Medical Crisis Unit where a preliminary examination showed that the baby was lethargic and his extremities were blue in colour. The baby was resuscitated by the Palna medical staff under the supervision of the chief paediatrician. However as his recovery was not satisfactory, the baby was admitted to the Neonatal Intensive Care Unit at St Stephen’s Hospital, Delhi, where he remained under critical care for two weeks.

After being discharged the baby continued to be under the constant care and monitoring of the Palna medical staff and care-givers. The baby made progress, but it took a few months till the Palna soctors found him to be fully recovered and not needing any specific medical care. By the end of 2018 baby Keshav was doing very well overall, and was a happy little baby.

Little Keshav was then listed for adoption on the national adoption system. Soon he was chosen by a family for adoption, and the formalities for the adoption were started. We are delighted that in March 2018 the adoption process was completed and little Keshav has now joined his loving family!

Help reunite a runaway child with family by Sathi, Bangalore

63 people are currently supporting this.