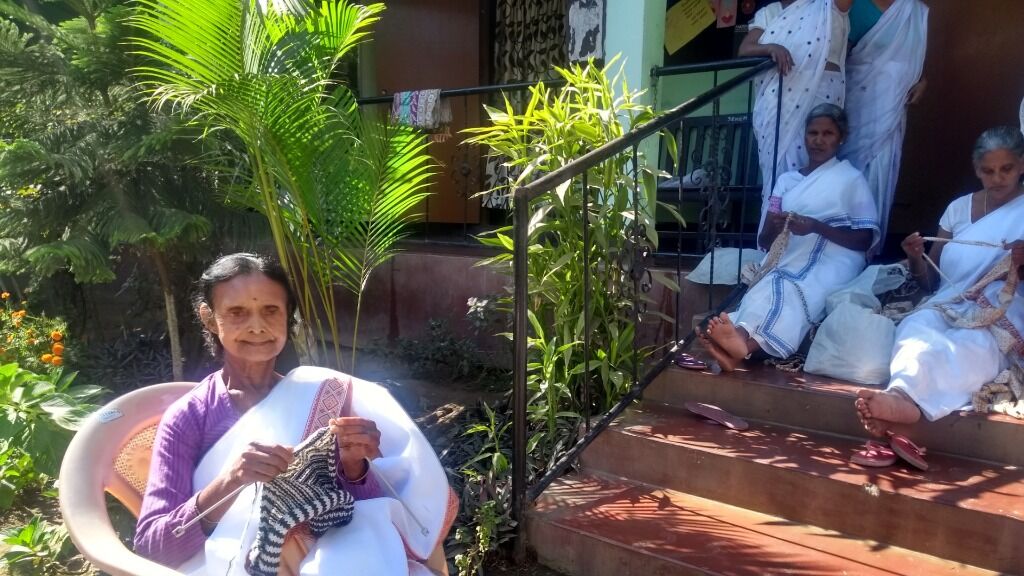 Bibianna finally finds a home and family at 60!

Bibianna had a hard life and had to suffer all her life. She belongs to the tribal district of Jharkhand bordering Bihar.

Her father was a marginal farmer who could hardly make both ends meet. He had six children, three daughters, and three sons. Unfortunately, all her siblings died early.

She was married to a man who lived in a tribal village in Orissa. The couple had a son. Everything was fine until Bibianna started to develop a hunchback following an illness. Her husband then abandoned her because of her illness.

With no place to go, she returned to her parents' house. She raised her son single-handedly. Once he grew up, he abandoned her too. She then shifted to her sister's house for a year.

Suddenly one day, with no memory of what happened she found herself on a train to Guwahati. After spending 5 days with no food on the Guwahati railway station, a good samaritan fed her a meal. With no hope of what to do, she decided to beg on the station for her living. To save money, she collected used plastic bottles to sell them. She stored them under a bridge. Unfortunately, her stock of bottles that she collected was stolen. Unable to take the shock of losing all hope of some meager income, she blacked out again.

With no memory, she found herself on a remote lonely newly laid hill road. That's when some young members of an NGO, spotted her and informed the police who brought her to Seneh, the home for destitute old women.

At her initial days at Seneh, she was left alone to first feel safe before getting any information from her.

She is a very active person but with a disturbed mind. She gets into a trance whenever she hears devotional songs especially Christian hymns. Although the language is a barrier, she gels well with others who mostly speak Assamese.

She has now learned to hand knit foot mats from torn sarees.

She is undergoing therapy with a psychiatrist, and the caretakers at the shelter home hope that she will remember something over some time.

The Police are trying to locate her son in Bihar according to the address that Bibianna shared, but they have had no success.

She is safe today with shelter, food and medical care. More importantly, she has a home and family that care for her.

Your help can make many more destitute women like Bibianna with a safe shelter in their golden years. You can donate so that they get care that they deserve. You can give with confidence because every program listed is GIVEASSURED.

Seneh is a shelter home for destitute and old women of the age, fifty and above. The Seneh shelter home is located in a semi-urban area in Guwahati city.

Donations to this program cover the cost of salaries of the caretakers and overhead expenses to run the home.

The community workers of Seneh identify the destitute and needy elderly women through their outreach program.

At Seneh, they provide them with shelter, food, clothing, medical care and above all a home.

They live like a family and take care of the shelter home themselves. They cook and clean by turn. They are encouraged and provided with facilities to pursue hobbies like weaving, flower making, embroidery, knitting, and singing.

The women in the shelter home adopt Seneh as their home, and the play and laugh with other members like their own family.

As of now, Seneh can accommodate about 25 destitute women, and it is fully occupied.

When you donate to this program, you help destitute elderly women with a safe shelter, a home, food, and care in their senior years.

Bhavada Devi Philanthropic Trust is working for the benefit of the underprivileged and deprived sections of the society, especially women of North East India.

The old and the infirm suffer, sinc their children in many cases are dumping them to fend for themselves out of economic compulsions. Women in the age group of fifty and above are the ones who suffer the most, because they are mentally and physically vulnerable.

To alleviate their suffering and bring dignity to some of these women, the Trust has opened a destitute home at Guwahati. Aptly named SENEH, meaning 'Selfless Love', the home provides shelter, food, medical care, clothing and all necessities for sustaining a decent dignified life.

As of now there are over 20 destitute women who have made SENEH their home. The extent of help that such hapless women require is evident from the fact that in the last few years SENEH has organized cataract operations, provided dentures, hearing aids, and treatments for various ailments including prolonged psychiatric medication.

The vision is that in the sunset of their lives, they can once again learn to laugh and sing and live together as a family. 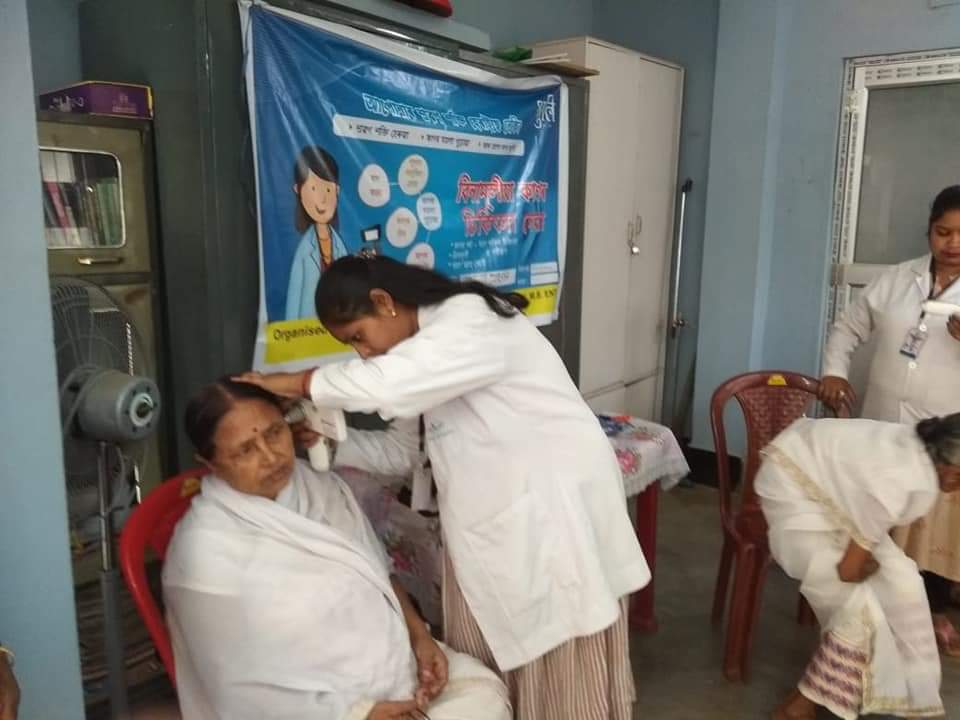 As of now , there are 25 old women living at Seneh, our home for Destitute Old Women. The women were mostly pavement dwellers with psychological problems of different degrees including a few with absolute mental derangement and other physical diseases. They are not prolonged medications. One of the highlights of last three months for which we have good reason to chest thump , is Rahima a mentally deranged and also retarded woman who was lying below a busy flyover, badly injured because of probably some road accident,who was battling for life when we picked her up and treated her in our humble facility. She could be revived, her injuries healed,( The Doctors advised amputation of one her legs, but our nurses took it as a challenge and her leg could be saved). Today she is hale and hearty although she is under treatment for her psychological maladies that is showing results. 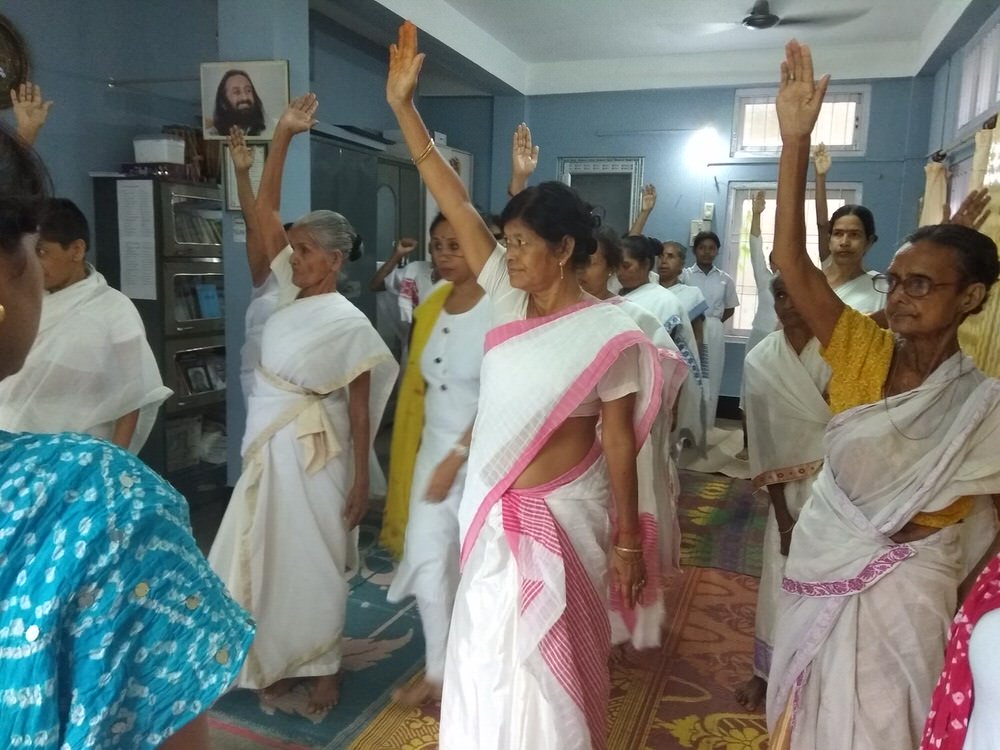 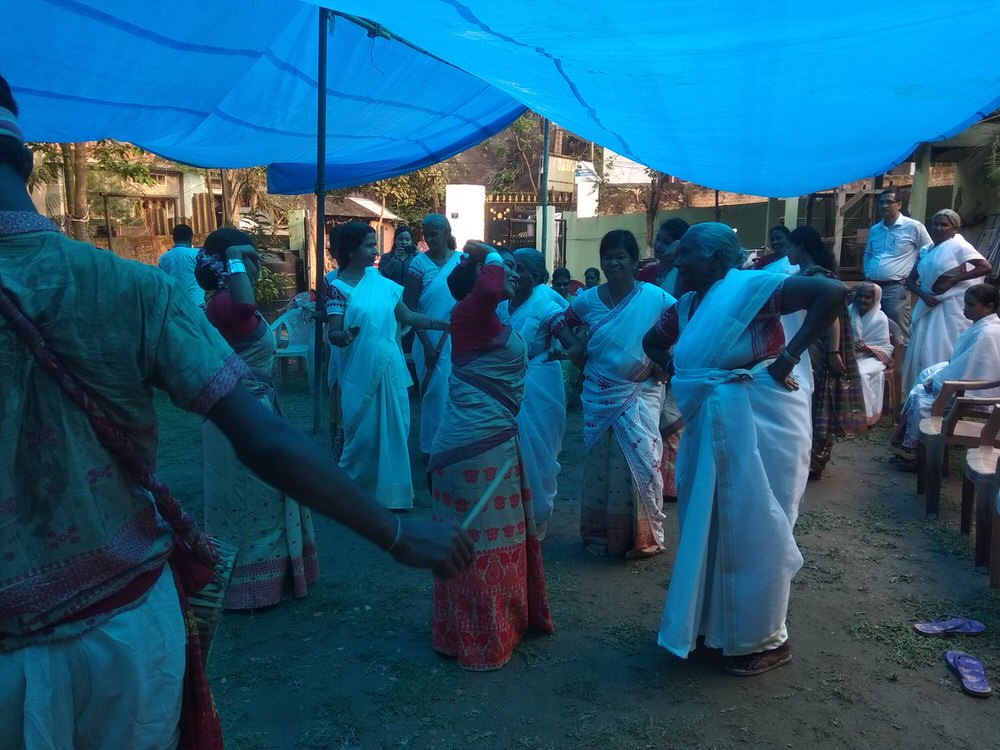 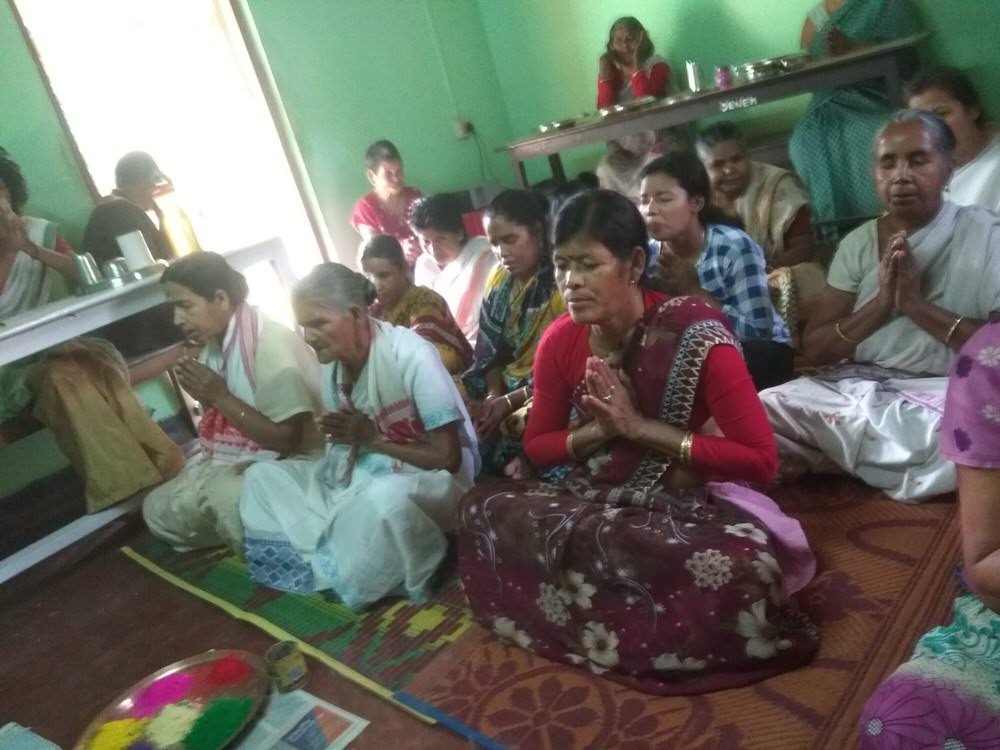 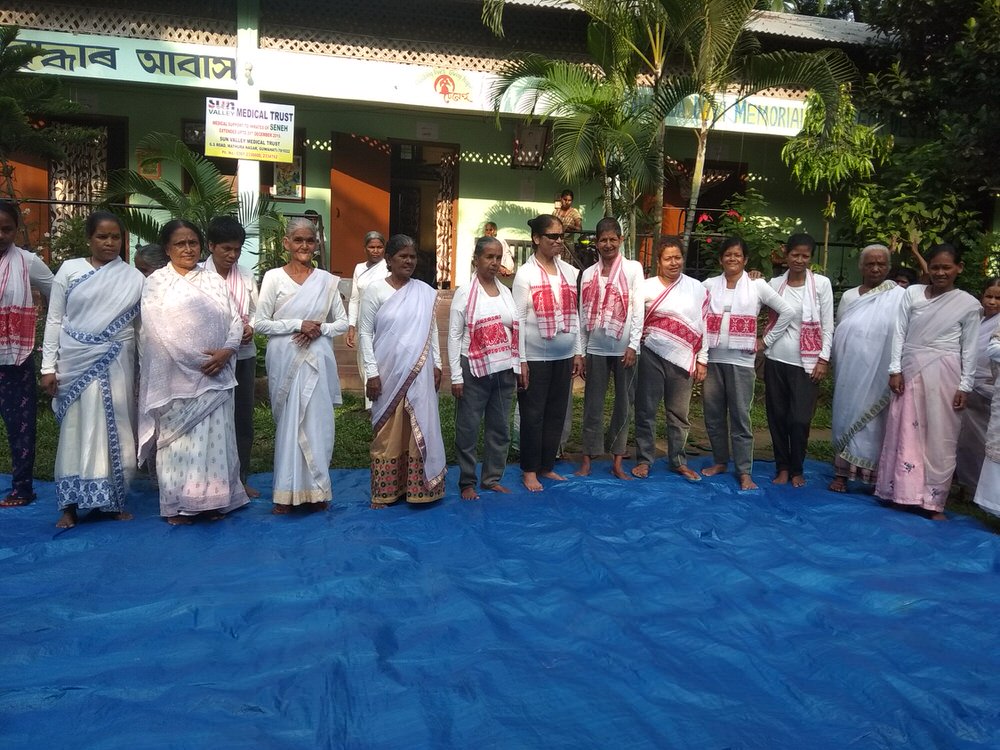 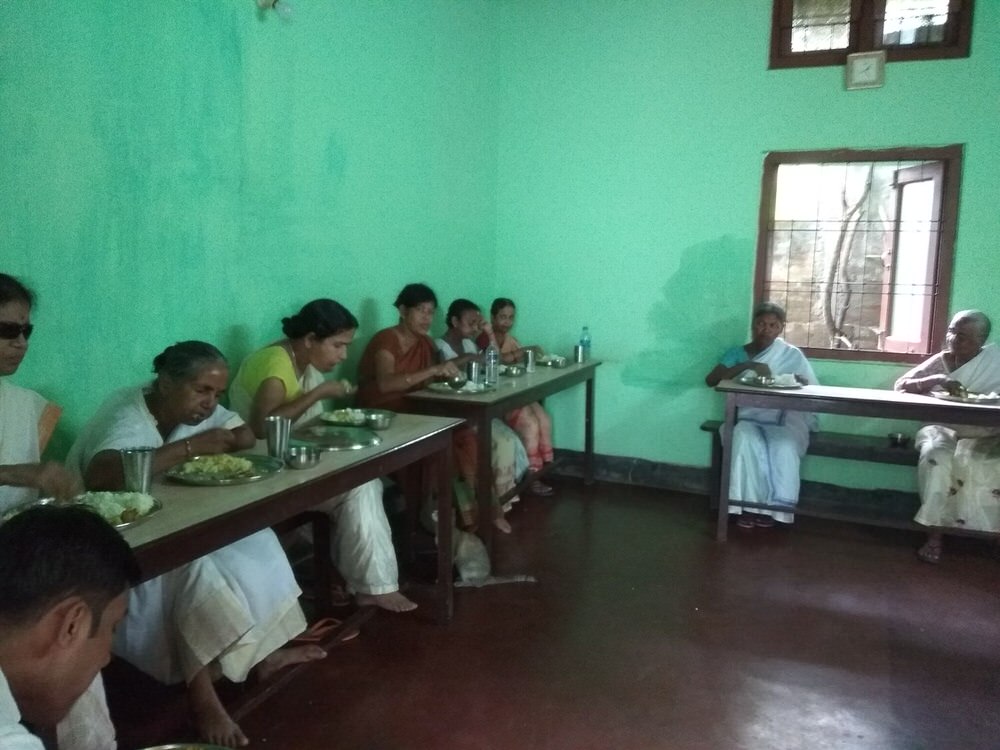 Care for an abandoned destitute by Apna Ghar Ashram, Bharatpur

38 people are currently supporting this.