by Make A Difference 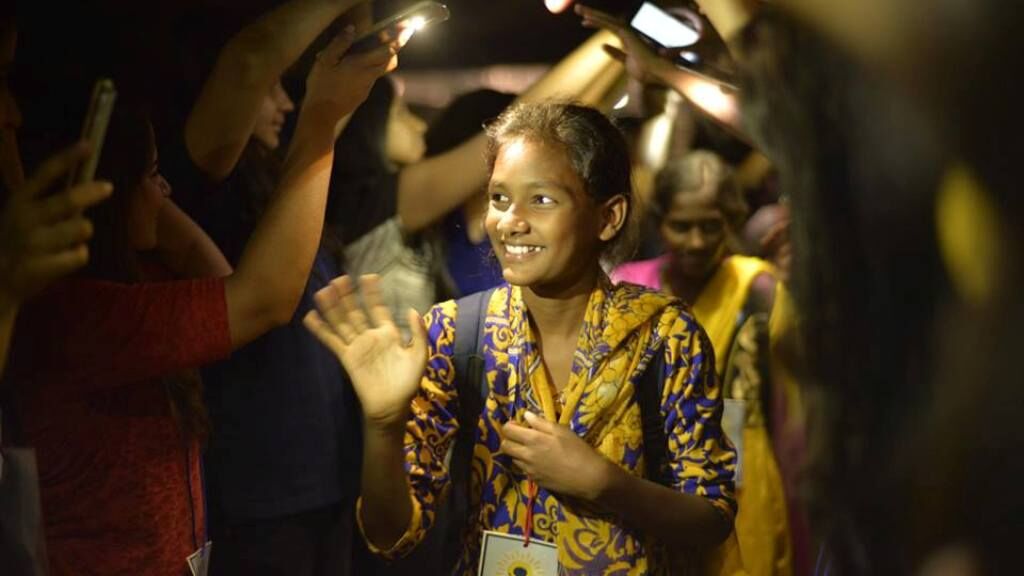 Nethra blooms with the care she received in her new home

Nethra still remembers the day she lost her mother. "I regret not having spent enough time with her."

After her mother passed away, her brother was the only family left. She had an elder sister who was married and lived in a different city. Due to this distance, she lost touch with her as well.

As the only earning member, her brother worked long hours. This further made Nethra feel lonely. With their financial challenges increased, it was getting very hard for them to make ends meet.

It was then that her brother came across the Make a Difference hostels. He enrolled her in the hostel when he was convinced that she would be better taken care of there rather than at home.

Nethra soon settled down in the hostel and liked living there. However, she missed her brother a lot. She also felt sad that unlike a few girls who occasionally visited their homes, she could never go home with her brother. He would visit her regularly but due to their constraints he could not take her home.

The volunteers in the home counselled her and helped her feel better. With proper care and nurturing she was motivated to do better in school. She began to enjoy learning and became interested in science. She also loves to dance and looking to learn classical dancing and perform professionally when she grows up.

Nethra is now a much happier girl. She wants to become a doctor when she grows up. She wants to help many more children like her. She feels that being a doctor will help her take care of them. She also wants to help children to find education and hostel and have a good life like she has been able to have.

Children like Nethra can safeguard their future if they get a second chance at life.

You can help vulnerable children across shelter homes in India lead a safe, supported, and stress free life. You can donate so that they can get a safe shelter, care and education. You can give with confidence because every program listed is GIVEASSURED.

MAD Holistic Child support program works to provide shelter and education to homeless and children from vulnerable backgrounds. This program has shown great impact over the last 3 years. With the intervention, the number of youth going to universities in the partner shelter homes of Make A Difference has gone up from around 20% to close to 78%.

Donations to this program will be used to covers the expenses related to providing quality academic support including funding their college and university fees.

These children have been abandoned from families and are placed with shelter homes in their cities. The aftercare support works with youth beyond the age of 18 transitioning out of shelter homes providing higher education and career counselling support to pursue viable careers.

MAD directly pays for university fees after a formal scholarship agreement signed by the beneficiary with MAD. All the details of such transfers along with originals bills are filed for reference and available upon request.

Transitional Readiness and Aftercare enables children to build their career paths that are in sync with their interests and is aimed at those who are poised to pass out from shelter homes. This is a volunteer driven system. At an average every youth under the programme is associated with a minimum of 3 volunteers. One of the volunteers is compulsorily a part of the Make a Difference Fellowship programme and is inducted and trained thoroughly around the nuances of the programme through a 4 day Training and Development conference. Apart from the volunteers are a part of an on-going Fellowship curriculum for the entire course of their fellowship.

Over 90% of the children successfully pass their 10th standard. Where children progress into class 11 and 12 the program provides more intensive one-to-one mentoring for a minimum of 2-3 hours a week, supported by placement into University where possible or jobs where more appropriate.

The mentor additionally engages a host of academic support volunteers (ASVs) who provide additional teaching support for up to 8 hours a week if the individual needs academic support, assuming the shelter is willing to provide access. Mentors also aim to interact with the parent of the child (where there is one) up to 6 times a year to ensure buy in and support.

Alongside this they are also provided professional career counselling based on which an appropriate future career path is determined, and the mentor also provides support for documentation and admissions/job placements as needed.

Some of the indicators collected to track the progress of the project are:

- No. of active scholarships awarded

- % of youth who continued on to Higher Education (University)

- % of youth who successfully moved to second year of higher education

- Fundamentals of literacy and numeracy

When you donate to this program you will help abandoned children living in shelter homes get access o a quality college education which can change their life.

Make A Difference (MAD) is a youth driven, non-profit organisation working to ensure equitable outcomes for children in orphanages and street shelters.

Registered as a non-profit in 2006, Make A Difference reaches out to over 3,460 children in 67 shelters across 23 cities in India, through a highly efficient 3,822 strong volunteer network.

Volunteers commit a year and spend between 2 and 10 hours every week mentoring, teaching and interacting with children in order to ensure that they get the support and care they need during childhood.

Their aim is to ensure that even the most vulnerable children in shelters are able to realize equitable outcomes and that they are able to live a life free from exploitation, with a capability of managing emotional and financial life crises.

2014: Top Ranking Organisation of the year

Dream Camps - Newer ways of educating and engaging the children

Dream Camps - Newer ways of educating and engaging the children 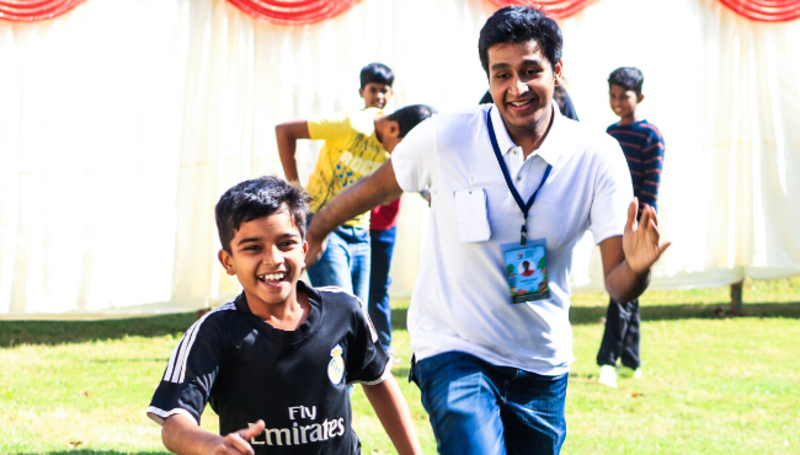 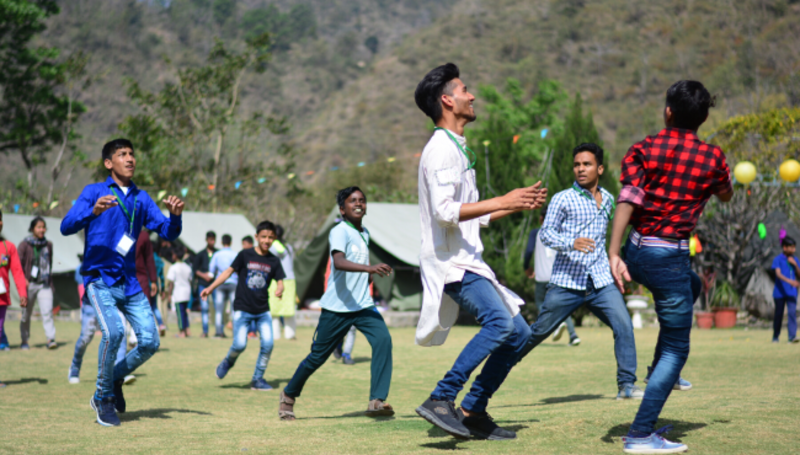 Dream Camps are outbound experiential camps that help children dream about their future goals and understand what it takes to achieve those dreams. This understanding is facilitated through personal discovery, exploring new talents by challenging themselves and taking responsibility of their actions for the duration of the camp. In the last quarter, we conducted 26 such dream camps for children across more than 15 cities in the country. We were able to impact the lives of more than 1430 children through these camps. Dream Camps are thus, MAD’s way of driving self-motivation and self-confidence by helping these children dream, exposing them to new experiences and providing a holiday experience. 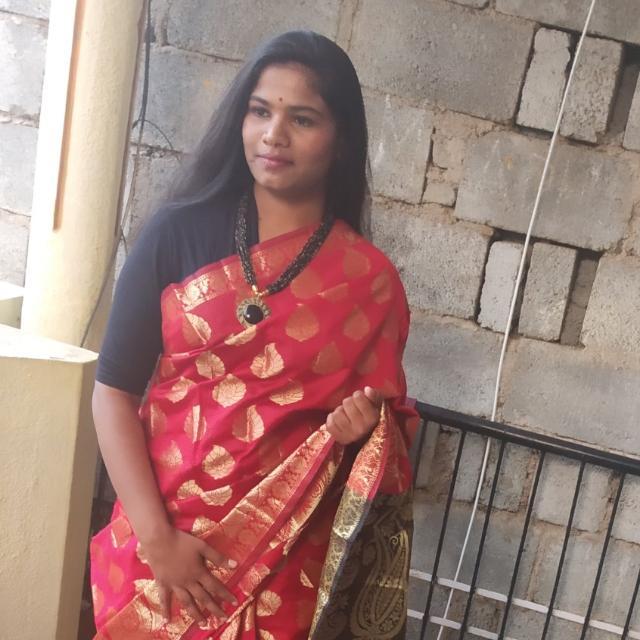 Leelavathi is one of the first beneficiaries of the Aftercare programme of Make A Difference. She is the only one pursuing a degree in law. Leela had reached a stage in her course where she had given up. She had multiple backs and had zero confidence to clear them. Her family set up her marriage with her consent and it looked like that was the end of her academic journey. Contrary to it, she continued studying post her marriage with the support of MAD. Her husband is extremely supportive too.

Leelavathi had been a spirited youth who had tirelessly worked together with her wingmen and ASVs to secure a seat at one of the reputed law schools in Bangalore. Her accomplishment had inspired many on the team to go that extra mile, as it motivated her to set higher goals for herself. In reality, college proved to be much more difficult than she had anticipated.

Leelavathi painfully became aware of the ‘difference’ between her and her classmates. She started craving for a better bag, a smartphone and absolutely anything that acted as a constant reminder of her so-called ‘inferiority’. She became paranoid every time any of her professors were kind to her. As for her, they were only being nice because they knew of her background. In reality, they reached out to her because Leelavathi, the spirited girl from a shelter who had fought her way to a law school, was failing her papers.

Her wingman sensed this insecurity in Leelavathi that was constantly gnawing at her. She was also aware of Leelavathi’s traumatic past-both her parents had spent over a decade in prison, with her mother having been released just a few months prior to her starting college. At this sensitive juncture, her wingman tried to talk to Leelavathi in terms that she knew Leelavathi would understand. “I could not tell her that wanting material things was wrong/bad, especially sitting from an ivory tower,” her wingman recounts, “So I told her about the time I was at a place where I was the oddball and what it took to make it through.” Leelavathi’s wingman also roped in the help of her mother, who could connect to Leelavathi at a much more intimate level. Fortuitously, this was a time when Leelavathi met a classmate who came from an economically backward class as well and with whom she could gain peer support.

Slowly, her circle expanded. She formed a study group with a few of her classmates through which she gained the peer support she needed. Her grades improved.Now and then she did require a pep talk, but this time she was determined to rise up stronger lest she should fall. Even if she could not manage to clear a paper, she would come to her wingman and say, “I will clear it the next time!” and she delivered on that promise. Soon after, she grabbed a much coveted internship at Amnesty.

The profile is that of a legal intern aiding research about the distress of undertrials and the delay in legal proceeding in the Indian Judicial System. Leelavathi’s own parents, kept as undertrials in prison for 13 years, was her primary source of motivation. Her mother accused in over seven cases was never convicted. Her father remains incarcerated. “I want to do this so that the system gets better and no one has to suffer the same distress as we did”, says Leelavathi. Her latest gift? A phone bought with the money her father had saved up from his wages at the prison.

Leelavathi is a third year law student at Bangalore Institute of Legal Studies (BILS) and currently under the Aftercare Program.

“Working with Leelavathi has been extremely rewarding at the same time challenging. Leelavathi is an extremely independent and confident young woman. As her wingman my focus primarily was to ensure she was confident to pursue her legal studies without giving up as she did face challenges in clearing her papers, and be by her side emotionally and financially through the help of Make A Difference. However, now along with me and MAD, she has support from her Husband as well. We are all looking forward to becoming a fine Lawyer one day.” - Mohanavalli, Leelavathi’s Wingman

31 people are currently supporting this.