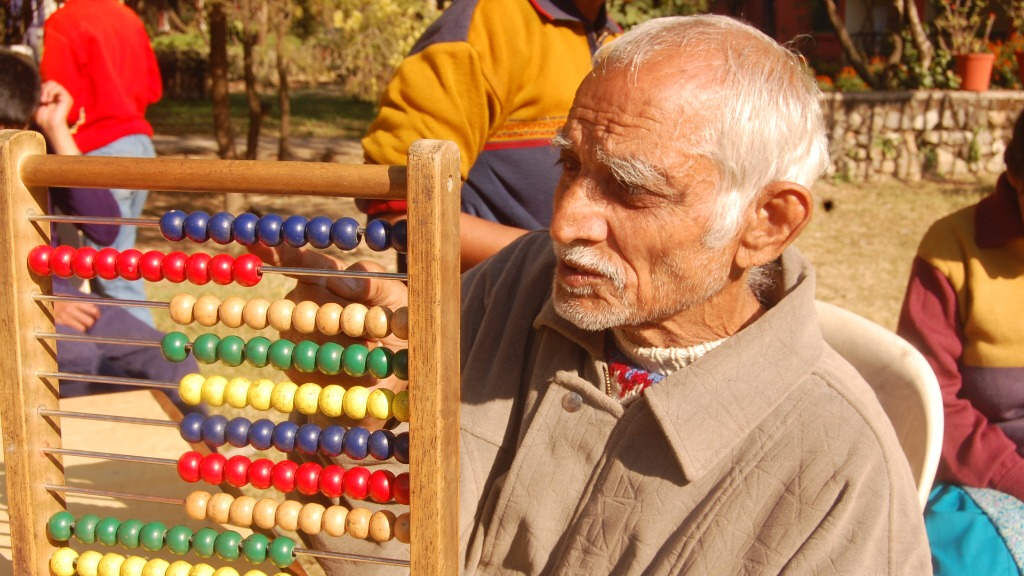 Every monthly donation helps in providing care to people like Dada

Born on 15th August 1947, Subhash is one of Raphael's senior-most residents and has been with them for the last 40 years. He was elated and overjoyed to celebrate his 70th birthday by hoisting the National flag on Independence Day. Subhash loves talking to people, and no passer-by can escape his "Apka naam kya hai?' (What is your name?) question.

Fondly called as 'Dada', his sweet and amiable temperament make him a favorite with both elders and children. Age has caught up with him and these days he can be seen sitting and sunning himself in his armchair outside his room. He might have grown weak in strength but not in spirit, and he loves to participate in all cultural programmes at the Centre.

This year Subhash took a proud and independent decision to vote for his political party in the February State legislative elections.

Based in Dehradun, Raphael supports a number of adults who were brought to the center by their parents or guardians when they were children many years back. Unfortunately, nobody has returned to claim these people till date, and they are left under the care of the staff.

There are an adequate number of male and female helpers, who take good care of these people. Raphael also provides these beneficiaries with vocational training in different activities based on their capabilities. These activities range from gardening and peon training to candle making and manufacturing fabric and paper products. This not only keeps them occupied but also fills them with a renewed sense of confidence.

Donations made to this program support the cost of food, healthcare, operating expenses, and personnel cost. When you donate to this program, you will be the reason for a mentally challenged adult living with dignity

Situated in Dehradun, Raphael was founded by renowned humanists, Lord Leonard Cheshire, and his wife Baroness Sue Ryder in April 1959. In the more than 50 years of its existence, Raphael has offered its services in varied areas for the relief of suffering.

They have worked with people suffering from Leprosy, Tuberculosis, and Intellectual impairment, touching more than 22,000 lives in the process. Leprosy cured patients and intellectually challenged residents are also encouraged to work in their Rehabilitative Workshop, for which they are remunerated accordingly. Apart from running a school and shelter home for their students, they also have a Community based rehabilitation project, as part of which they work with children in government schools.

Once the students in their residential home grow up, they are encouraged to live in a home environment under the supervision of a house parent, while they attend classes at the day center. This helps prepare them for independent living in the community. 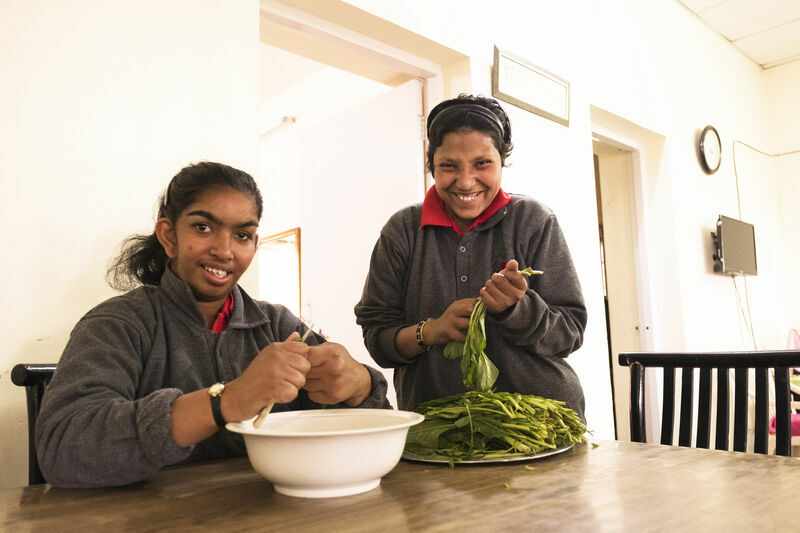 The objective of the programme is to generate awareness about Persons with Disability through advocacy; identify and assess children and young adults with intellectual & other developmental disabilities (such as, but not limited to Autism, Cerebral Palsy & Down Syndrome); educate & train children with disabilities to realise their potential and facilitate their rehabilitation in the family and community.

The focus of the training is on functional academics; language and communication skills; and the acquiring of daily living, house-hold, domestic & vocational skills. The emphasis, throughout, is on ‘inclusive’ learning and activity, and to facilitate independent living.

The services include 2 assisted independent living programmes in a simulated ‘home’ environment for young adults and residential dormitories for those below 18 years; a Therapeutic Centre that provides physiotherapy, speech therapy, psychological assessments and counselling, school readiness and early intervention services; a Resource room that provides suggestions, ideas and information for persons with special needs to enable them to participate fully in all aspects of living. 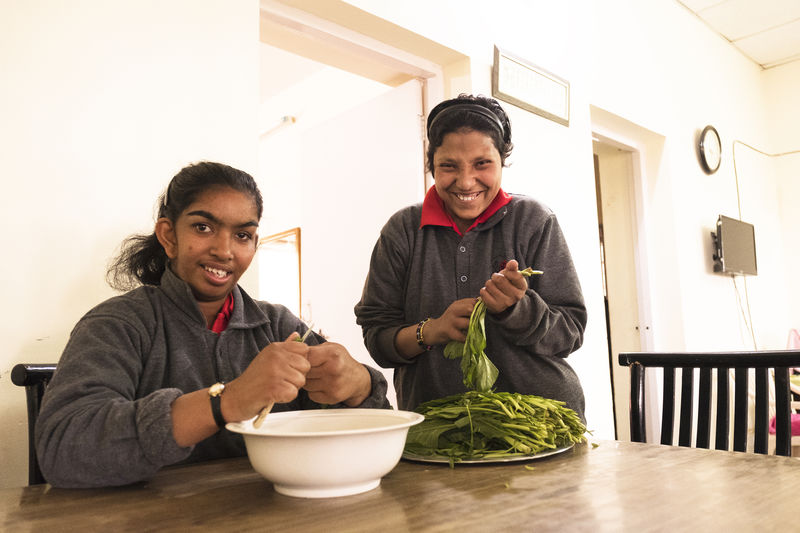 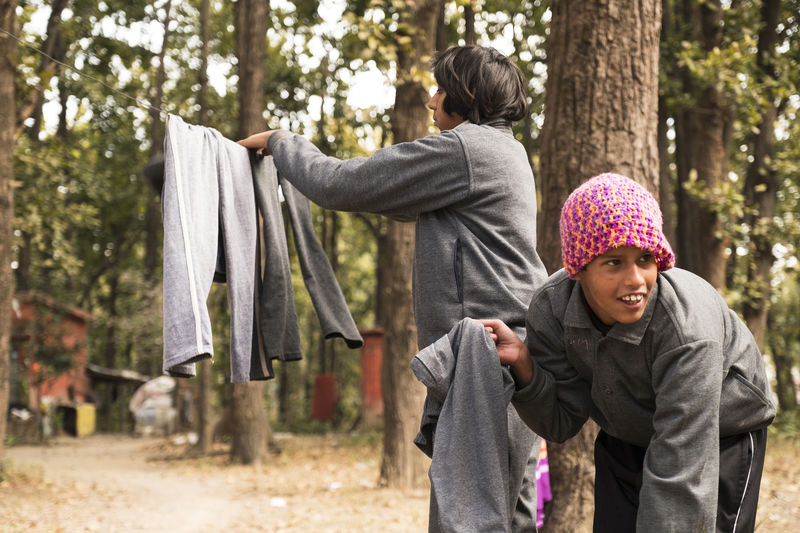 The young adults with disability living in the assisted independent living programme made garlands and diyas for Diwali. They celebrate birthdays by inviting 2-3 friends for lunch to a small restaurant near the home. They visit the shops and learn to buy grocery and vegetable and fruit. They also learn to use local transport. On Holi they prepared chips and ‘pakoras.’ 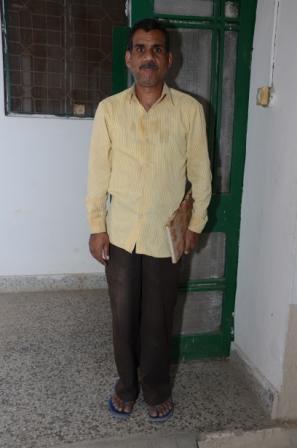 We provide residential facilities to children and adults with intellectual and associated disability. 25 adults, having been abandoned many years ago by their families. They are with us permanently. 7 young children, who were found abandoned also how live permanently in our hostel. Caregiver working in 3 shifts takes care of the in full day. The young and some of the more able residents attend classes in the day school, learning a variety of skills. The older residents help with domestic shores, gardening and making paper bags. 3 nutritious meals a day, including tea, is provided to all residents. The meals include eggs, milk, fruit and fresh vegetable. All other needs including clothing and medicines are taken for.

(i) On 19 January, senior residents’ custodial group went for a picnic at Maldevta. (ii) In February, the Social Welfare Department Dehradun organized a meeting in Raphael regarding Voter ID. 23 residents received their voter cards, making them eligible to vote in the forthcoming elections (iii) On 23 February, the local Red Cross Society held a workshop on giving ‘First Aid’ to children suffering from epilepsy. They gave tips on handling children having epileptic fits and seizures and also gave information about immediate aid to a child who has hurt himself/herself before being taken to the hospital. This was attended by all the staff. (iv) On 28 March, a campus cleaning campaign was initiated and all students and staff joined hands in this drive to keep the campus clean.

Bharat joined Raphael in the year of 1981 at the age of 11 from Brahampuri leprosy colony, Rishikesh. He had mild cerebral palsy with mild intellectual disability. He could understand everything but could not speak. He expressed his needs through gestures and some small words. He showed the potential to benefit from formal education so he was admitted to Raphael’s Primary school where he studied upto class 4. He could read and write and reads the newspaper every day. He was given vocational training and worked as a helper in the Candle making workshop. Bharat has been progressing steadily. Gradually he was trained to work as an office assistant and placed in the Resource Centre as a helper on a monthly stipend. He does all the office photo copying, sets up everyone’s computer in the morning and carried files from one office to another. In 2016, he was placed as House Parent of Martyn Cottage (Assisted Independent Living) where he is responsible for four young adult males. He has taken in the assignment with dedication, commitment and keeps check on the routine of the cottage. He trains the residents of Martyn Cottage in home living skills. He is independent and does all his work by himself. He has opened a bank account and deposits part of his stipend in the bank independently. Bharat is always very cheerful. He recently cast his vote, for the first time, in the State Legislative Elections held in February 2019. He took an independent decision to vote for his party of choice.