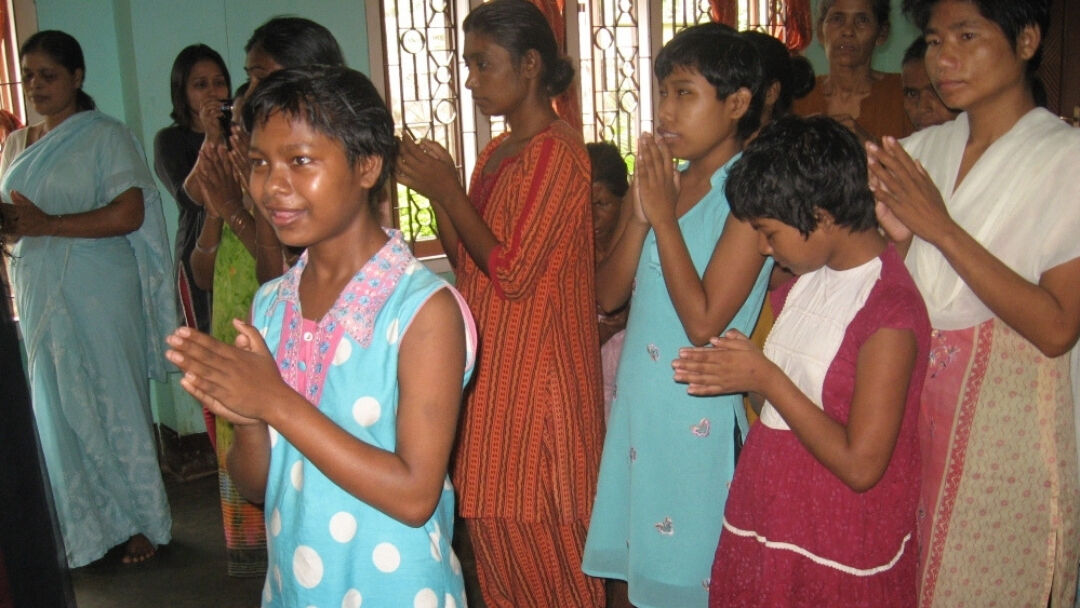 Found wandering on the roads with no memory, Sangita is today a computer instructor

Sangita was about 45 years old when the police found her at Khanapara in Guwahati.

She was mentally unstable and didn't know where her home was. So, the police admitted her in Navachetana Transit Care home.

Navachetana then enrolled her into the rehabilitation program.

In the beginning, she was very aggressive and used abusive language. She also had a delusion of grandiosity. She was diagnosed with Bipolar Disorder and the consultant psychiatrist initiated psychiatric treatment.

She received food and shelter in Navachetana Transit Care home. In the initial days of her treatment, she was suspicious about everything around her. She did not cooperate with the treatment and even refused to take her medication. With time, the resident health care staff managed to win her trust. Her symptoms were controlled with proper medication.

During the counselling sessions, Sangita regained consciousness of her past. She revealed that she is a graduate in chemistry and was teaching in a private school in Guwahati. She remembered that her elder brother had separated from the family. Her parents had expired soon after this incident.

Sangita became functional with regular therapy, medication, and care in a few months. Ashadeep's re-integration team took her to her brother's home, as she had no other place to go. Her brother refused to take her back and so, she returned to the Rehabilitation Home.

Sangita now lives in a home under the 'Home Again, shared housing' program. This is the final stage of the rehabilitation intervention. Here, she lives with four other co-residents and a health worker as a family.

*She, now lives independently and takes her own decisions. Sangita works as a computer instructor in the day Rehabilitation Center. She also earns a monthly income for her job. *

Without Ashadeep's help, Sangita would have been on the roads with no help for her condition. A little help from donors enabled Ashadeep to give Sangita the right treatment.

You can also help poor patients with mental health conditions get access to therapy. You can donate so that organizations like Ashadeep can bring help to patients who deserve it. You can give with confidence because every program listed is GIVEASSURED.

The Navachetana home run by Ashadeep rescues women with mental health issues. The home provides them with shelter, food, and medical care. They also assist in their reintegration with their families wherever possible.

Donations to this program will contribute to a fund that will cover the cost of the physician, psychiatrist and cost of medicines to the patients.

Navachetana was started as an attempt to rehabilitate the mentally affected homeless women living on the streets of Guwahati. 355 women have been rescued and rehabilitated by Ashadeep till now.

Homeless women from the street with mental illness are admitted either by AshadeepaEUR(tm)s team and volunteers, or directly by the police, or are referred by the State Home for Women or other shelter homes and/ or organizations.

They are given medical treatment as well as therapy. The Rehabilitation process involves assessment at each stage:

Assessment of the clinical condition of the patients

One to one counselling for identifying home and background.

Assessment of vocational skills for livelihood

Treatment is provided wherever required. Patients usually spend about 6 months at our home during the rehabilitation program.

If the family of the patient is traced, the home initiates reintegration. The patient is discharged only when they achieve a minimum living skills criteria. If the family does not come to Navachetana to pick up the residents, then the staff accompanies the resident to her house to reunite them.

The team maintains communication with the family through the phone. They obtain authenticity through photographs of family members. Once reunited with family, the case is closed at the police station where the original entry was made.

If a woman does not have a family or her home cannot be traced, but she becomes functional, then she is re-integrated into Homes run either by the government or Civil Society Organizations.

In some cases, where the disability due to the illness is very severe and information regarding the woman's whereabouts cannot be traced at all, she remains with Ashadeep.

When you donate to this program, you help women suffering from mental illness get access to therapy and medicines that they require for their recovery. 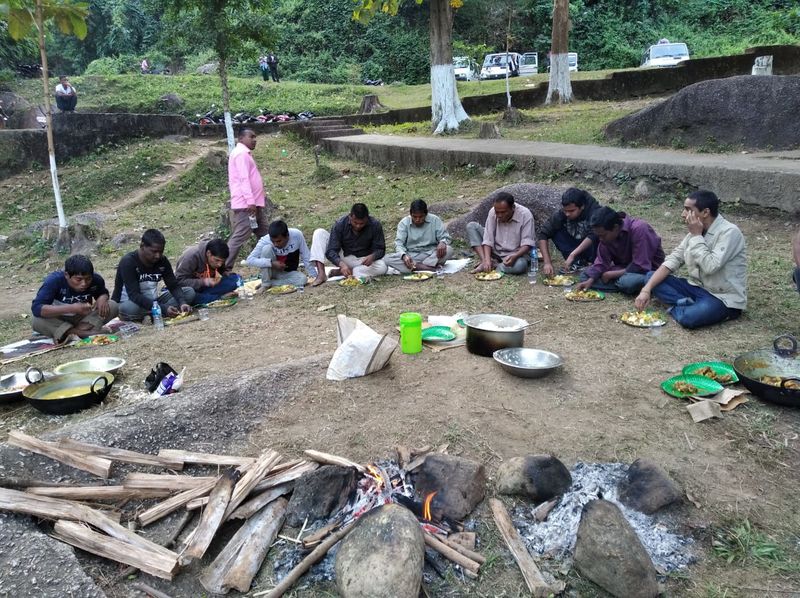 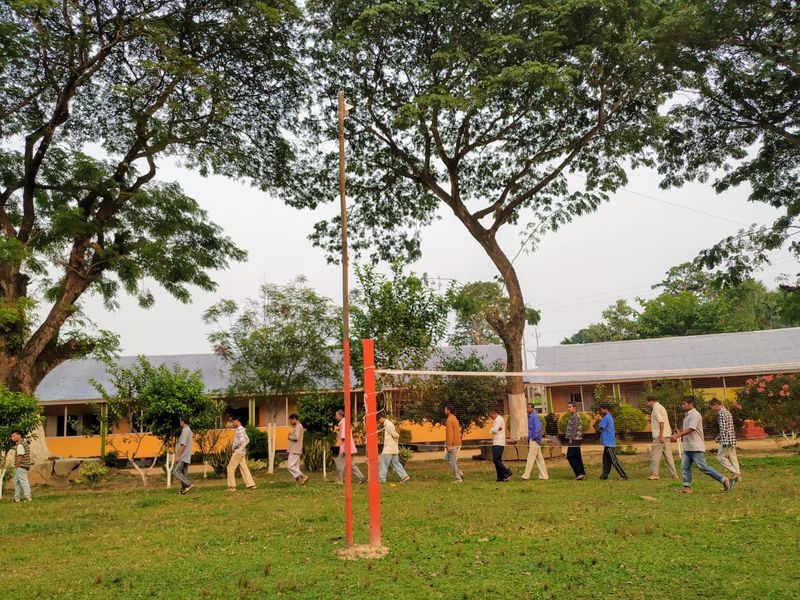 During the quarter October to December 2019, residents of Ashadeep's Rehabilitation homes for homeless persons with mental illness celebrated Durga Puja and Diwali. A group of male residents also went for a picnic. During this quarter a total of 16 persons (7 women and 9 men) with mental illness were admitted and 15 persons were discharged and reintegrated with their families in places such as Assam, Nagaland, West Bengal, Bihar and Chattisgarh. Total number of residents in the two homes during this quarter were 71. 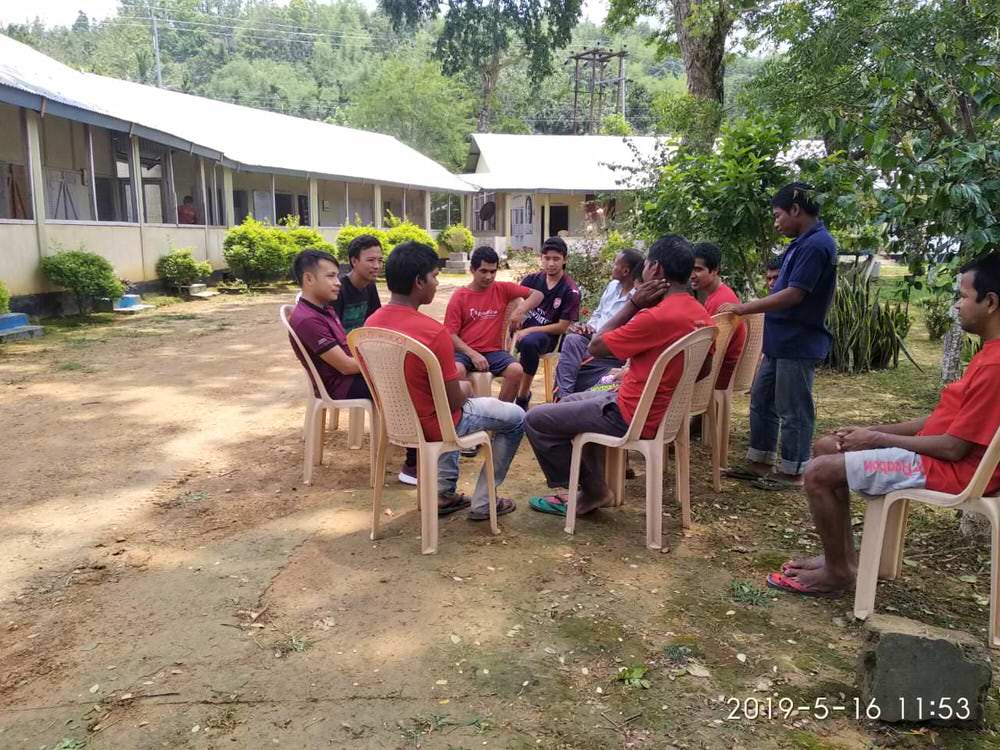 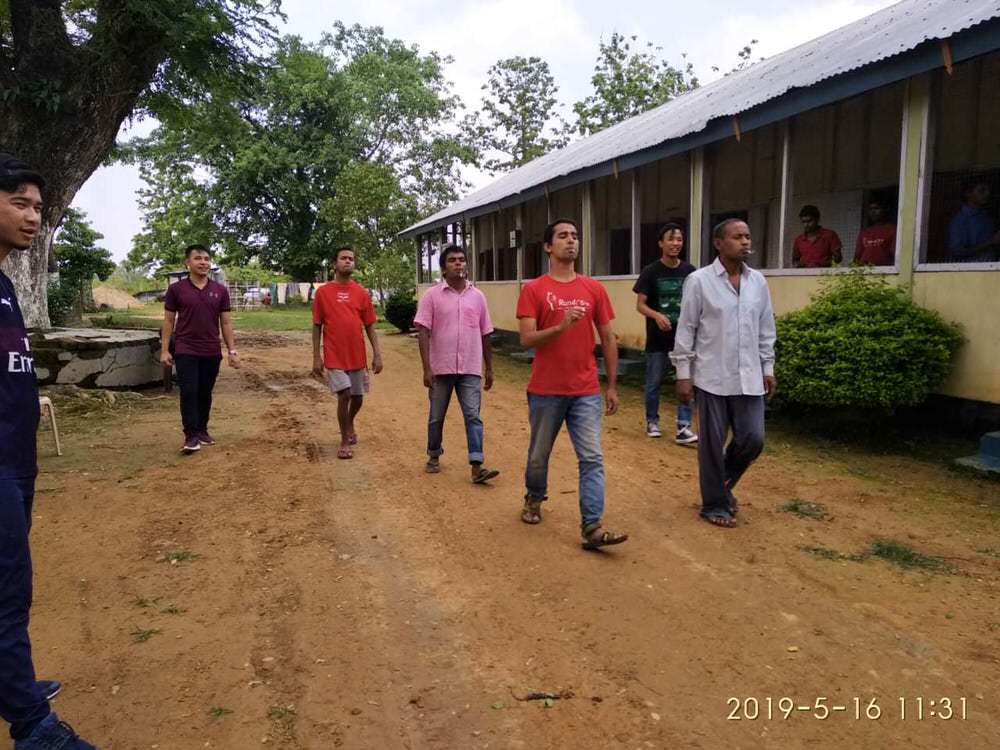 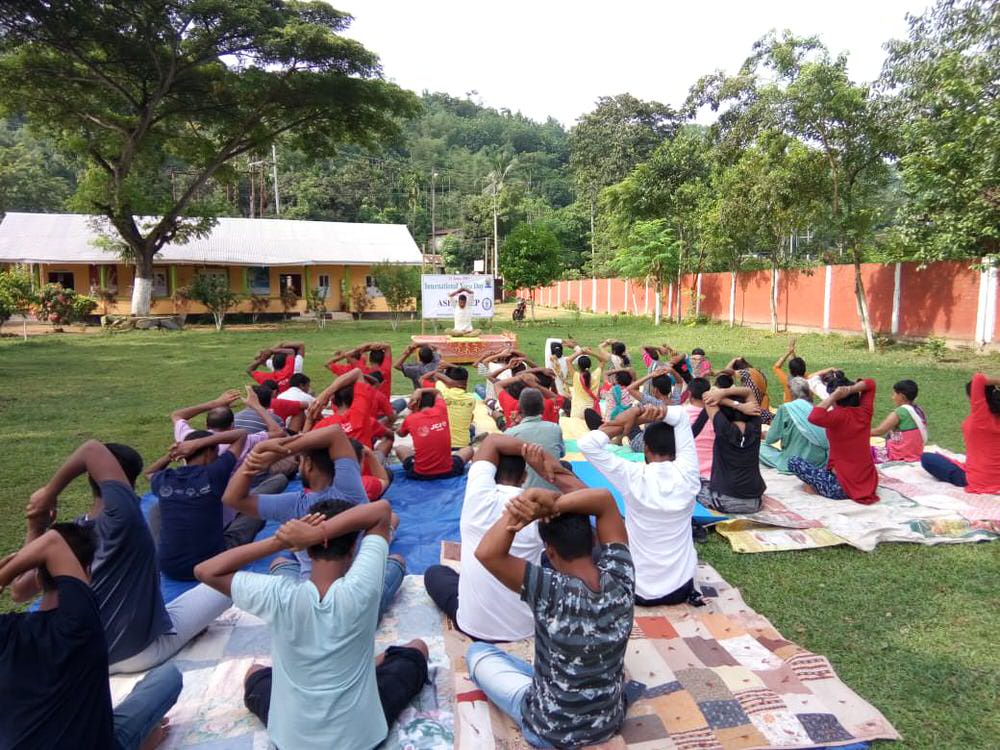 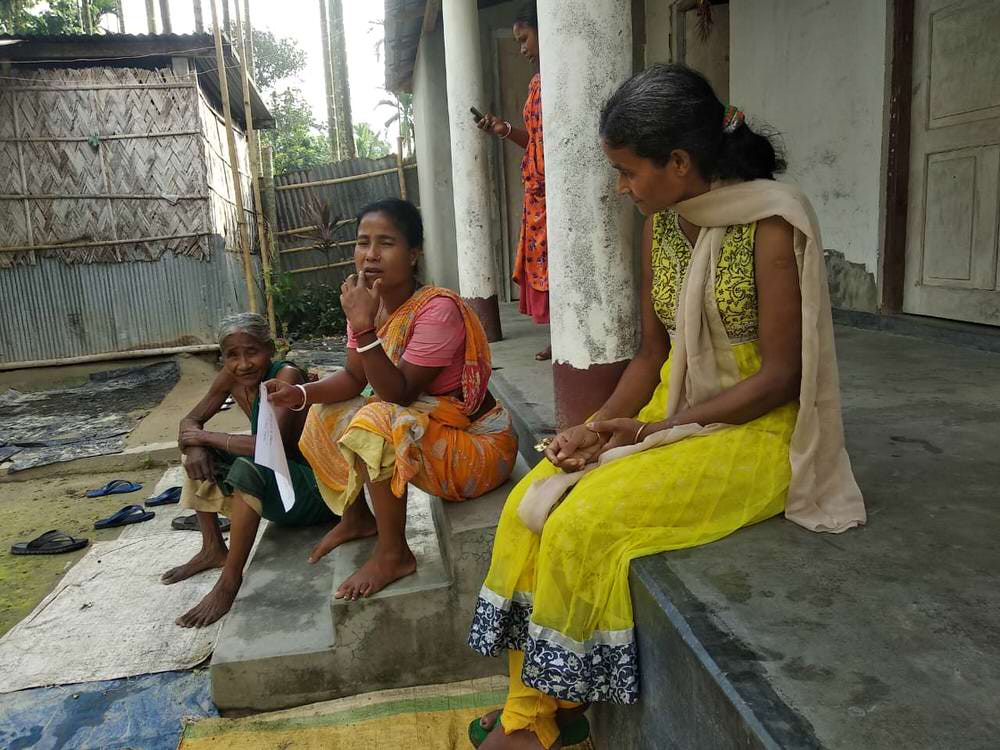 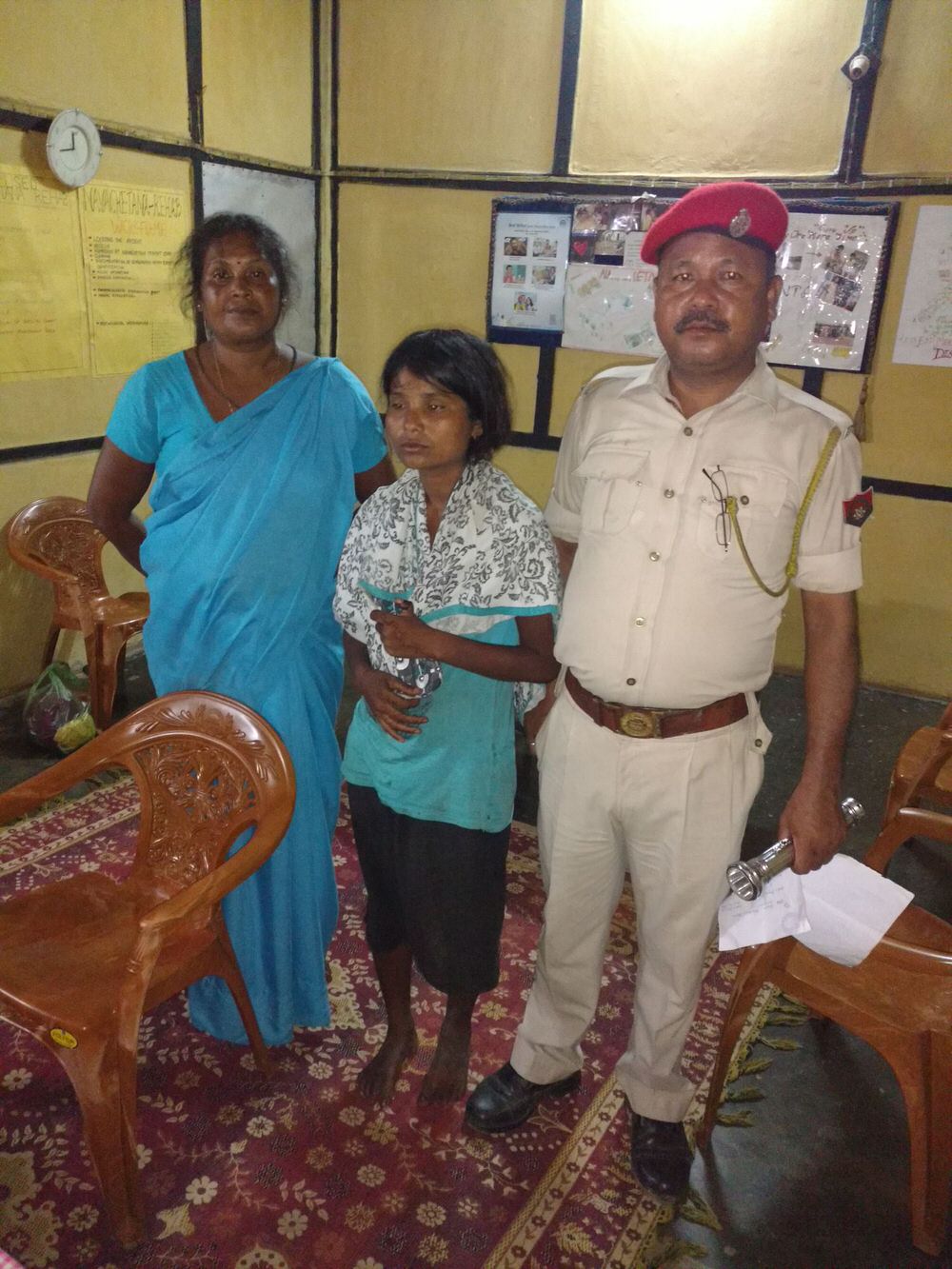 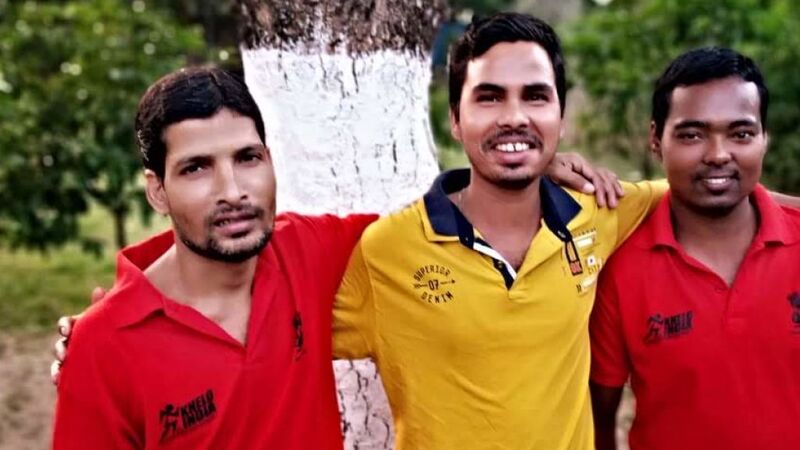 11 homeless women and 7 homeless men with mental illness have been rescued from the streets and admitted at the Rehabilitation home in the last quarter i.e. January-March 2019. 9 women and 10 men have been discharged during this period and reintegrated with their families in Assam, Nepal, West Bengal and Bihar. 3 women have been shifted to the Home run by Missionaries of Charity. All these discharged women and men have sufficiently recovered and their functional level have improved a lot. Three of the discharged women have stayed in Ashadeep’s Home for 2 years, 6 years and 7 years respectively.

Harish, aged 32 years was rescued by the Ashadeep Team from the Guwahati Railway Station in September 2014 with symptoms of mental illness. He was admitted to Udayan Rehabilitation home and was diagnosed as having Schizophrenia. Harish received psychiatric treatment as well as psycho-social interventions. With proper care and medication, the psychotic symptoms were controlled in a few months, but he remained emotionally withdrawn and was not interested to do any work. With constant effort by the staff he became able to carry out gardening responsibilities without supervision and came forward on his own to work in the kitchen. His continued social withdrawal was heeded to through the daily recreation sessions, where the social workers and health-care staff encouraged him to get involved in the therapeutic dance, music and games sessions. During sessions he revealed that he used to work as a waiter in one of the reputed Restaurants in New Delhi and he hails from Uttarakhand. But he does not want to go back home. In January 2017, he was shifted to ‘Shared Home’ facility to live an independent life where he adapted very well with the environment. Harish now runs a vegetable stall in front of the Home and sells fresh vegetables grown at the home. He is happy and enjoying his role as the head of his Home, taking fatherly care of his co-residents and cooking the meals for everyone.