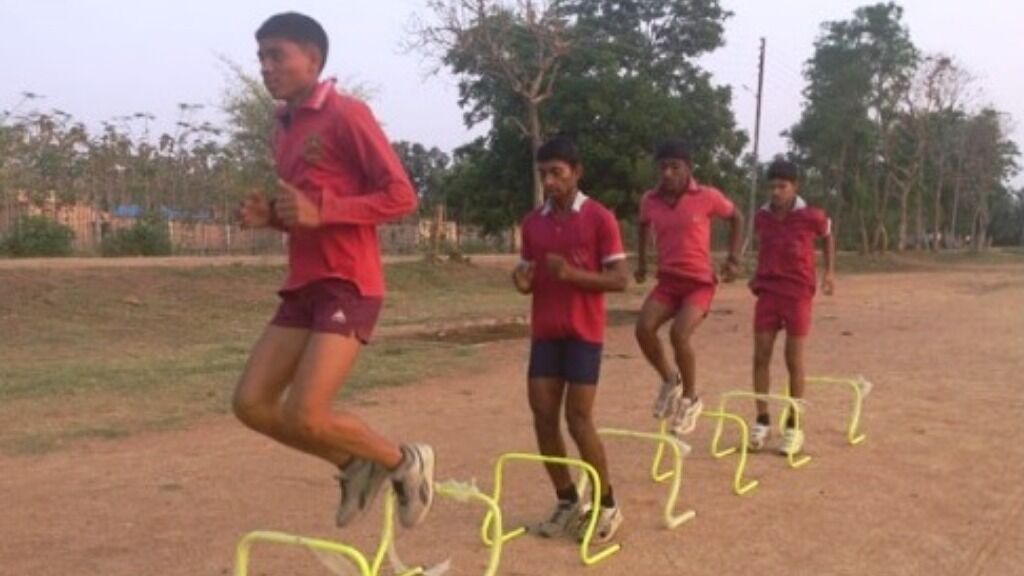 From an unwanted child to a champion athlete

Chitgire Rameshwar Govindrao is well known in the sports world of Maharashtra. When he takes part in a long distance run, one top spot is his for sure.

His journey to success has not been an easy one.

He was admitted to the Anand Balgram (SOS Children's Village) run by Sanskriti Samvardhan Mandal by his parents. They could not afford to raise him. He was an unwanted child, and his parents never came to visit him.

However, his family at the shelter never made him feel unwanted. He received the care and affection that he deserved.

Rameshwar was the first to enroll in the Sagroli Sunrise Project. He has always upheld the banner of the project.

He trained very hard and became as good as the athletes with superior training.

He has outperformed professionals at Delhi and Mumbai Marathon. He has won the 1st place for three consecutive years at the Shankarrao Chavan Memorial Marathon.

His performance at the cross country runs, and marathon brought rare acclaim to the Sagroli Sunrise Project.

Many children like Rameshwar can bring laurels to the nation in sports if they get the right nutrition and proper training.

You can also help poor deserving children like Rameshwar Govindrao get access to proper nutrition and training that helps them with a chance of a future in sports. You can help organizations like Sanskriti Samvardhan Mandal train more children to enter the world of athletics. You can give with confidence because every program listed is GIVEASSURED.

Sagroli Sunrise is a carefully designed sports project with specific objectives. It was created to harness the strength and commitment of rural youth in sports.

Donations to this program will cover the cost of nutrition, sports training, provision and trainer costs for one student for a month.

Sagroli Sunrise works with the aim that rural youth can bring laurels to the nation in sports if they receive the support to do so.

The children are identified from the students who study in schools run by Sanskriti Samvardhan Mandal. They are selected through a physical and are trained by a special coach for athletics.

With regular training, they go on to participate in various marathon events including the Mumbai marathon.

These children stay on campus and undergo a workout every morning & evening. They are also provided a special high-protein diet. The children in the program are in the age group of 9-18 years. Some of them continue to be supported through a free vocational training and continued sports training up to the age of 25 years.

The program has received Real Heroes CNN IBN Award for outstanding contribution in sports. When you donate to this program, you help talented and skilled children get access to proper training that they deserve and can become good athletes.

Sanskriti Samvardhan Mandal (SSM) works for integrated rural development. Established in 1959, the organisation started with a small school which over the years has grown into a 200 acre campus providing multiple interventions across different causes. The focus of the interventions activities has been on the deprived rural communities, especially women and girls.

SSM works in 10 blocks of Nanded and Beed districts of Maharashtra and over the years, they have impacted the lives of over 30000 families through its activities. One of their key interventions is in the field of education where they run formal schools with classes from pre-school to pre-university. The campus of SSM serves around 4000 students. The school also provides hostel facilities for students who are coming from far away locations. At present, 2000 students stay in the hostels.

The teachers coordinate and monitor the activities undertaken for the students' over all development. Besides formal education, value education is also imparted to the students. Good habits such as early rising, doing regular exercises, evening prayer, etc are inculcated in the children. Various cultural activities are also organized to provide an outlet to their aesthetic potential. education and training in drawing, painting and music is also facilitated.

In addition to this school, SSM runs a children's home - Anand Balgram. The Balgram to comprises of 12 homes, each of which houses 8-10 children and a mother. The village thus accommodates 108 children, 12 mothers and a counsellor with the village director. In-house academic education till the 12th grade is facilitated for every child. After that the children are encouraged and supported to pursue higher education and career.

Other interventions are in the area of environment for the farming communities in the region. Under this, they build watersheds for farmers to allow them to have contiguous supply of water for all their farming needs. The watershed project is undertaken as a collaborative effort between farmers and the government. The longer term impact is to also increase the underground water table levels for sustained farming. So far SSM has built watersheds in a total of 12751 hectares cumulatively.

SSM has built a comprehensive program which is spread across the different stakeholders of the community from education for children to livelihoods for men and women and conservation of environment.

Supporting the hidden potential of a rural athlete

Supporting the hidden potential of a rural athlete 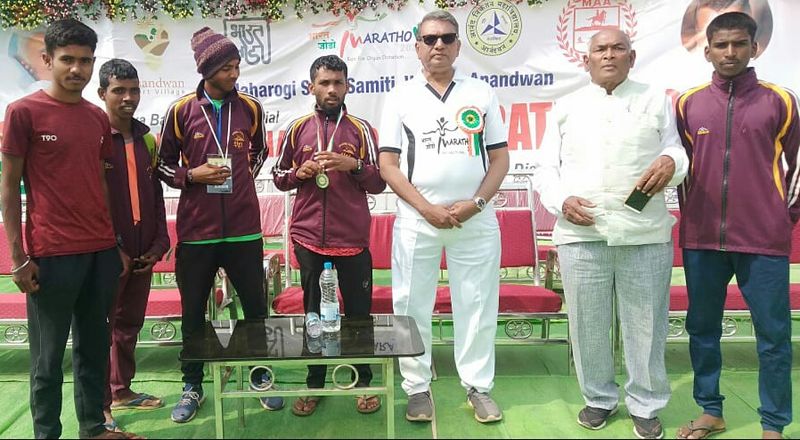 It's an immense pleasure to inform you that our athletes performed upto the mark with the available resources by utilising them thriftily in the Jodo-Bharat Marathon, in the memory of Hon. Baba Amte, held on 9th February 2020; organized by Maharashtra Athletics Association and Chandrapur District Athletics Association and Maharogi Seva Samiti, Anandwan, Warora (Chandrapur, Maharashtra). Total seven athletes participated in the event. We have achieved 2 silver medals in the event.

Help reunite a runaway child with family by Sathi, Bangalore

Your donation will support 1 Athlete

2 people are currently supporting this.