Sponsor the education of a child by IDEA Foundation 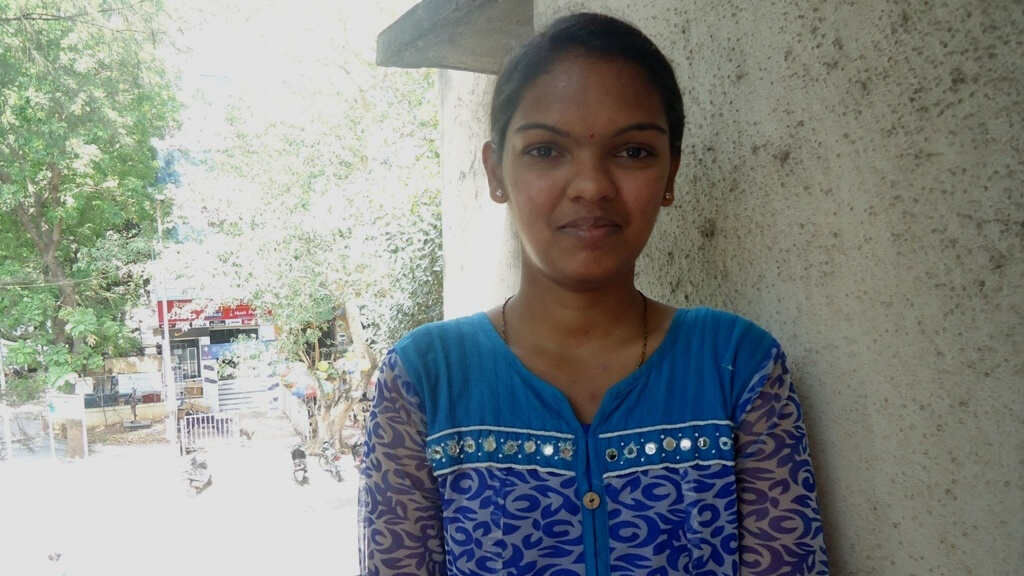 Akshada is a young girl from a slum in Maharashtra. Her mother works as a maid and her father is a gardener. They were both never able to earn enough money to support their family of five.

Akshada felt sad when she saw her classmates get new school bags and go for picnics but she knew that her parents could not afford those luxuries. She kept attending school but became afraid when her teachers started to remind her to pay the school fees. She started to worry if being the oldest child, she might have to stop going to school.

A social worker who knew her story brought her case to IDEA foundation. Akshaya has been studying under the IDEA sponsorship program ever since. She is now 15 years old and in Class 10.

Akshada and her family used the scholarship earnestly. She worked very hard and got 84 percent in Class 9. Apart from studies, she also takes part in co-curricular activities and enjoys them. IDEA also provides her with individual guidance from the social worker and takes her on exposure visits to help her plan her future.

She is a focused and driven girl and is working hard to grow into an independent young woman. She also attended a spoken English class recently. This has made her more confident and she is now excited about the possibilities her future holds!

You can help poor children like Akshada by contributing to send them to school and get them uniforms. You can give with confidence because every program on our platform is GIVEASSURED. Your contribution will give children a reason to look forward to their future!

This program was created to reduce the school dropouts amongst underprivileged children. Many parents, despite being poor are determined to provide their children with a good education. They enroll them in private schools even though the fees are higher.However additional expenses like cost of uniform, stationery hit them hard and these become the reason for the child dropping out of school.

IDEA gets referrals from parents and schools for sponsorship support. After evaluation IDEA enrolls eligible children in the sponsorship programme. The children continue to receive support until they complete education.To ensure that parents maintain responsibility, IDEA provides only partial support.

The social worker monitors the progress of the child throughout the year. Various programmes like life skill sessions, exposure visits, etc. are also planned for the child. Donate to an educational sponsorship and save a child's future.

Foundation for Initiatives in Development and Education for All (IDEA) is an NGO that was originated by a team of qualified and experienced social scientists and social workers, to deal with the problems in education and developmental issues of the marginalized people, realizing the need for adopting a holistic approach to minimize school dropout.

Their activities include Education assistance, Teacher training, Business development training and digital literacy. Started in a slum, its presence has spread out to 17 communities and 26 villages in Maharashtra where they have improved the lives of 10500 children, 3700 youth, and 4500 women. Such efforts of social uplifting activities had captured the attention of the Excellence Dhyas Foundation when they honored IDEA with the Social Excellence Award.

Additionally, their quality of reporting was also commended by the Guide Star India Platinum certification who felicitated them with the Accountability and Transparency award. All these activities and achievements of IDEA bring them closer to their mission of providing equal opportunities to underprivileged sections of society and assist them in their holistic development.

2011: ALL Grassroots Women of the Decade Achievers Award 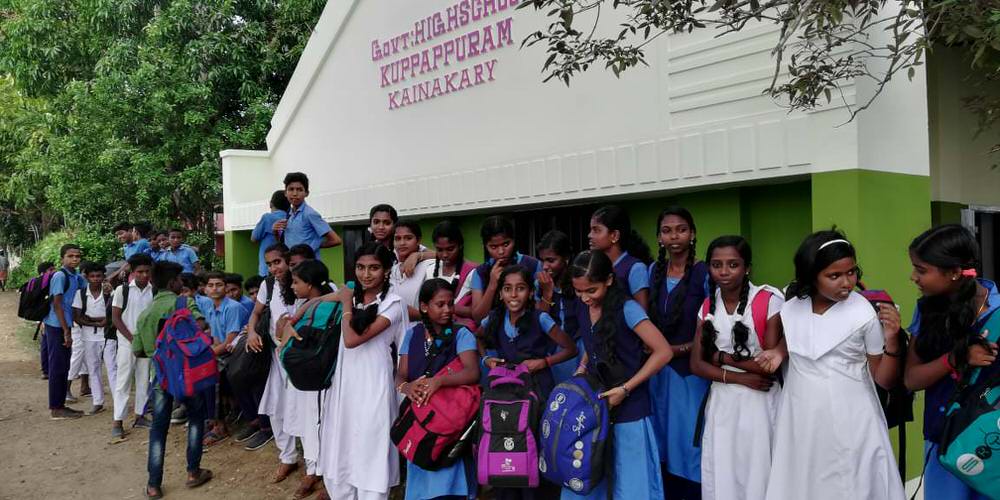 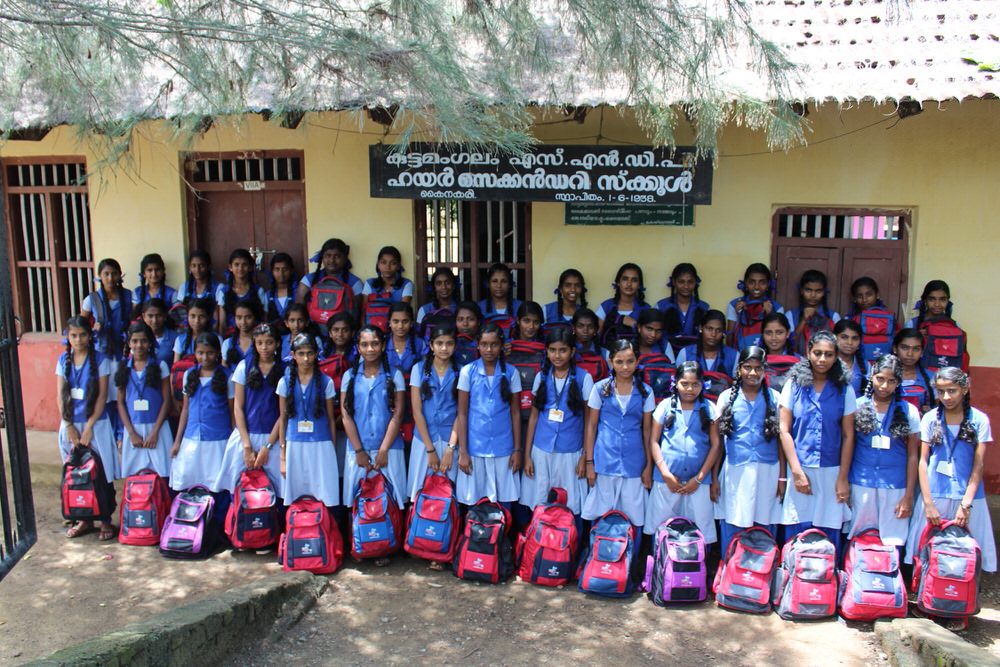 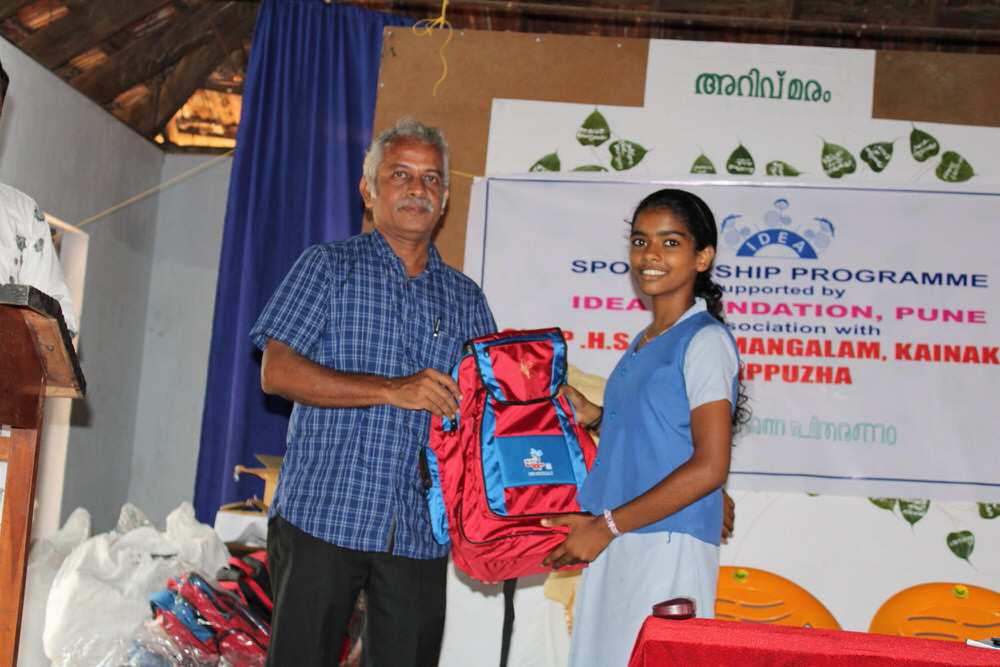 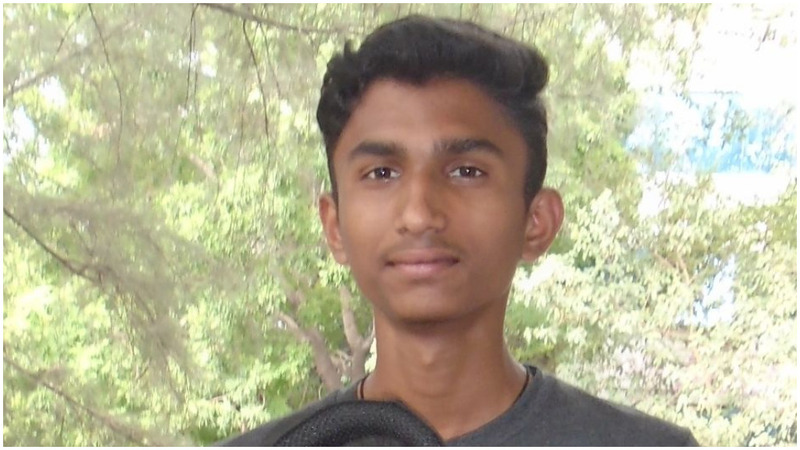 IDEA’s sponsorship programme helps needy and deserving students by providing reimbursement of school/college fees, study materials, life skills sessions, exposure visit and career counselling. Recently, a workshop on Gender Equality was organized at IDEA. The resource person had students discuss on group - a) Where do they see male female discrimination? b) Does that make any impact? And c) How this can be fixed? Post this a member from each group presented their understanding on these scenarios from their respective group.

Later, gauging the students’ understanding, on these issues, through the group activity the resource person extended the talk and explained further what is gender, how gender roles, which are actually non-biological, are reinforced, right from the birth, by people for boys and girls leading to women being discriminated, being treated unequally, being expected to veil their bodies and how all these issues rob them off equal opportunities and finally how all this impact us socially, economically, politically and many other ways.

A few interesting questions were raised by students. A boy asked, “Why the common room is kept for girls at school and colleges but not for boys?” “Having said that gender inequality hampers the growth and prosperity of the society”, one more question was raised by yet another student, “How come Saudi Arabia being an extremely male dominant country is able to prosper economically?” All these questions were answered satisfactory. These questions in themselves are proofs of how big the workshop was effective in terms of making students to think critically on gender issues which made the whole effort a successful attempt into engaging students in the right direction to understand the problem of gender inequality.

Many students, especially boys, expressed that gender inequality does exist which is based on discrimination and injustice. Hence working towards establishment of gender equality is very much desirable for not just growth and progress but creating an inclusive society.

Rushiraj is a boy of 16 who lives with his family of 5 in Pune. His father, Dnyaneshwar, works as the school van driver and mother works as the domestic help. Due to his family struggle in managing with limited income, IDEA Foundation decided to support him through its sponsorship programme, he was then in 8th Std. In his 10th Std., he scored 90%. Now he is in 11th Std. in science stream, studying at MIT College Kothrud Pune. He scored 80% in his annual assessment this year. He likes drawing and also has a hobby of collecting information about auto-mobiles. He likes playing cricket while it comes sports.

Rushiraj says that he is lucky to get support from IDEA Foundation, and because of this support he could manage to study tension free in the crucial year of his education and hopes to get this support even in the future. He also participates in IDEA foundation’s various activities. He says he got benefited from IDEA’s workshops and exposure visits which, he thinks, are really helpful for him to gain insights and make the right choices. He also attended Career Guidance Program and Summer Camp organized by IDEA.

He hasn’t decided yet what he wants to become in the future but he is hoping that he will do something which will make his family feel proud about him.

He is thankful to all the people who stood firm behind him in thick and thin and reserves his special thanks for this sponsorship programme. 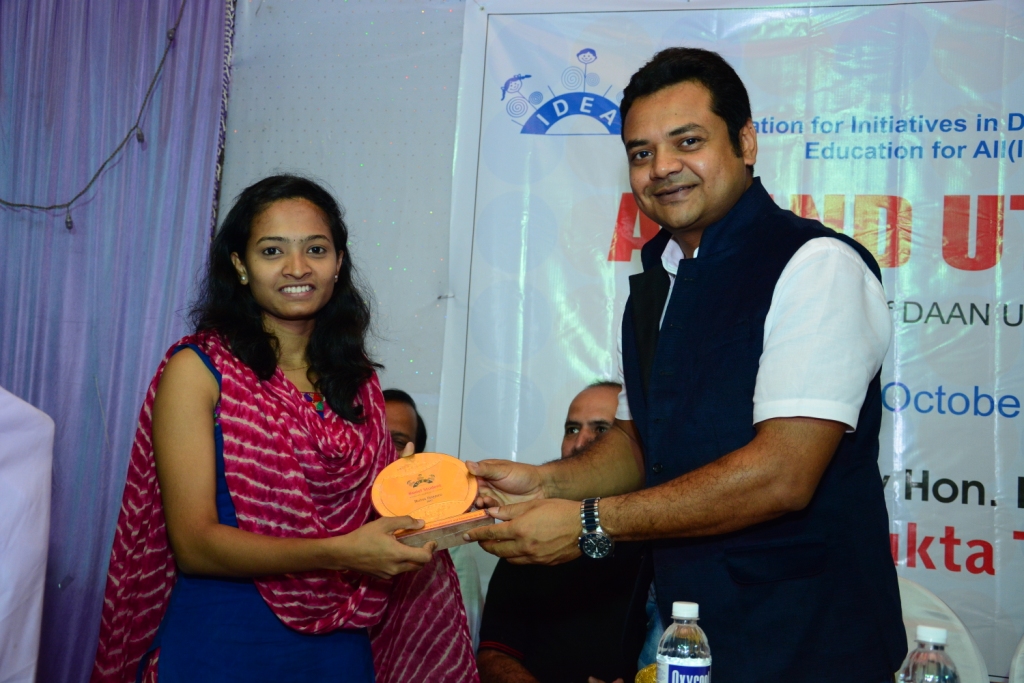 For the overall development of sponsored children IDEA Foundation organizes life skill & Personality Development classes, Digital Literacy, career counselling, spoken English classes, where they learn new skills which are required in today’s globalized world . Exposure visits and camps are organized to give them the exposure of out of school experience. Visit to Science Park, IUCAA, and Archaeology Museum were among others. To generate sense of responsibility and to develop citizenship we have formed Youth club with some enthusiastic sponsorship beneficiaries. Social workers are in touch with these children to guide them and their family wherever it is required.

Pallavi ( name changed to protect identity) belonged to a poor family in Pune where her father was running a small electronic repair shop. His income was hardly enough to meet the expenses of the family with 2 young children. But her parents had decided to educate their children. Unfortunately her younger brother has learning disabilities . Pallavi was admitted to a school nearby but the family was struggling to make both ends meet. Pallavi was a bright student and financial problems at home did not deter her from studying. Considering her potential and hard work, she was registered as a sponsored child with IDEA Foundation. Pallavi was in 8th standard then. With the help of her sponsors Pallavi could complete schooling with flying colours. After completing 10th std. she joined Government polytechnic college and got her diploma in Computer engineering and later she completed her B.Tech in Computer Science, with her sponsors’ support. Now Pallavi is working in one of the reputed software company. She is satisfied with her job and is proud to be able to support her parents and her younger brother. IDEA supported her not only financially but also has given her proper guidance whenever required.

Your donation will support 1 Child

14 people are currently supporting this.