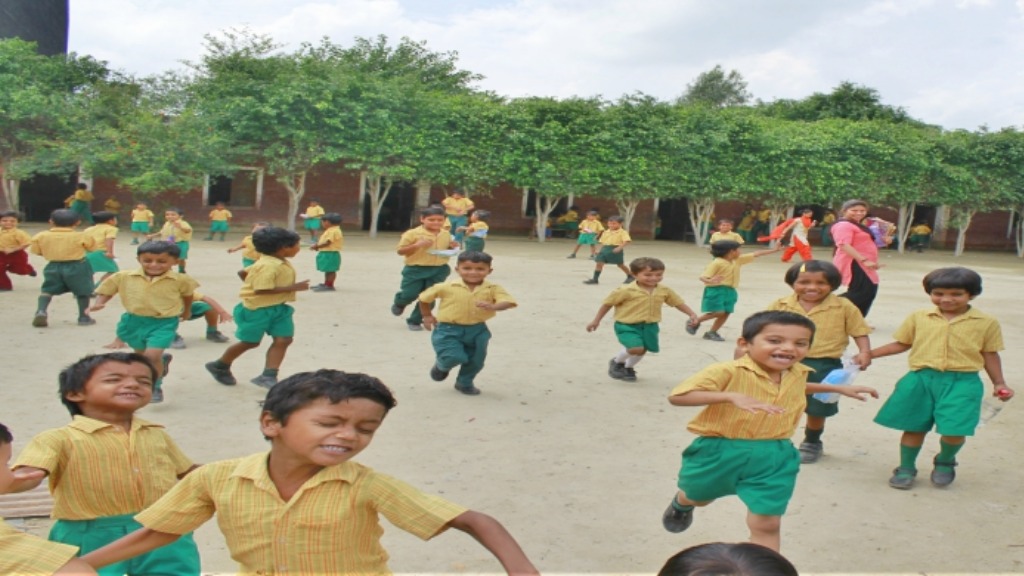 14-year-old Ganga, a physically challenged orphan, is a student of grade II. He lives with his grandfather who is a peasant. He has 2 sisters and 5 brothers. Before joining school, Ganga used to watch the children from outside the gate. All efforts to get him to attend the school failed, till he expressed his wish to study. He was given admission to Grade I. He is a first generation learner and there is no one in his family to help him in his studies. However Ganga is quite bright and has shown good progress in all the subjects specifically in English. His grandfather wishes to see Ganga well educated and taking up a job to change the financial condition of his family. Ganga is now a student of Sai Siksha Sansthan, and English medium, co-ed secondary school. He is studying there with no financial burden on his family. He received good quality education, which will help him pave the way to achieving his ambitions.

Established by Sai Kripa in Noida in 1991, Sai Shiksha Sansthan is an English-medium, co-educational, secondary school. They have a total of 300 students who come from villages around the school as well as from Bal Kutir, Sai Kripa's Home for orphaned and abandoned children. Classes are held right from lower-Kindergarten upto standard 10. Sai Kripa gives free education, books and uniforms to children coming from lower income families. The remaining students pay a nominal monthly fee. Sai Kripa also runs Sai Bal Sansar, an informal school for slum children. Here education is provided to the children at no charge. Moreover, midday meals are given to the kids. Classes from lower-Kindergarten to fifth standard are held.

The mission of the organisation is to provide homeless, abandoned children with the basics of life - a home, education, love and affection, and above all, an existence with dignity.

Saikripa is essentially the brainchild of Anjina Rajagopal. She had always nurtured the desire to work with poor children. Anjina Rajagopal was touched during her younger days by the plight of the orphans soliciting alms on the streets. This pushed her to come into the social work space, full-time, leaving behind a lucrative livelihood. In 1989, Sai Kripa was registered. In 2017, Ms. Anjina Rajagopal was awarded the Laasya Awards by the SUBH Power Collage Consultants Award for Women of Exceptional Background.

In 1988, Saikripa was like a baby lost in the woods - because nobody took Anjina and her brainchild Saikripa seriously. But slowly people started joining hands with Saikripa and a strong bond was formed.

On 27th February 1990 BAL KUTIR formally opened its doors to children at F-44, Sector-20. It started with one child but now it has grown into a large family of children who are as happy and intelligent as any child who has his own family.

Apart from this, 11 children have taken up jobs and are living independently,3 three girls have been married off and more than 75 children have been restored to their families with the cooperation of the police and the public. BAL KUTIR was set up not only to provide shelter and the basic needs of children, but also Home to provide them with love and affection. On 8th April 1991 Sai Shiksha Sansthan an English medium school was started in village with classes up to 2nd Std. Today the school has come up to the 10th std.

Children provided education up to Grade 10 - 69

Your donation will support 1 Child

5 people are currently supporting this.