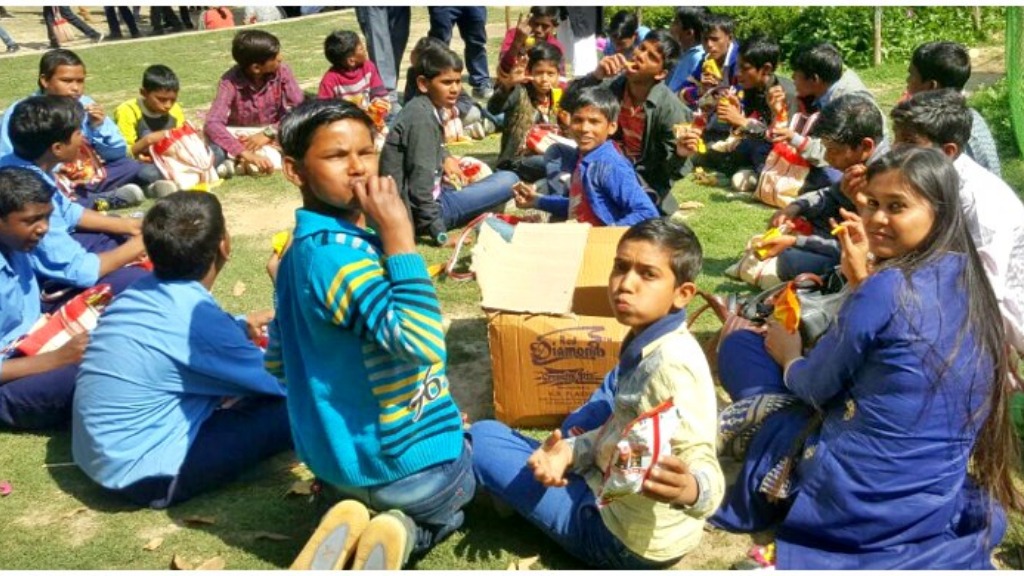 Jagdish is a 16-year-old boy who had run away from home because of extreme poverty. He came to Delhi and started working at a tea stall at New Delhi railway station to survive. Soon, he lost his job and had no choice but to work as a ragpicker. He was noticed by the Police who sent him to Salaam Baalak Trust’s shelter home.

The Trust provided the child with nutritious food and clean clothes, and ensured he had a safe space. He was engaged in various activities at the shelter and enjoyed being there. Proper medical attention was provided to him as he was quite weak and undernourished. He stayed at the shelter for around three months. He was later reunited with his family in Bihar. SBT also reached out to the court to complain about the tea stall owner for employing Jagdish who was a minor. The tea stall owner was fined Rs. 90,000 for child labour, which was deposited in Jagdish’s account

SBT is saving many such children from child labour and a harsh life on the streets. Your donation can help them continue their effort of saving the childhood of the poor children. You can donate with confidence because every program on our platform is GIVEASSURED.

Salaam Baalak Trust (SBT) was founded in 1988 after the success of the film Salaam Bombay. SBT works tirelessly to help and support children who are in extremely vulnerable situations on the streets. These children usually spend their lives at railway stations, bus stands, congested tourist and business areas or in the slums of Delhi.

Shavneet (name changed) used to live with his paternal grandmother in Ludhiana. His brother used to work and live separately with his own family. He was very good in studies and was studying in 10th class but somehow got into substance abuse and later developed some psychological issues. He was rescued by ODRS CHILDLINE and sent to SBT’s children home (DMRC CHB) by the concerned child welfare committee. When the child came to DMRC CHB he was disoriented, had Vitamin D deficiency and it was observed that he had burn marks all over his body. He had few episodes of epileptic seizures too. He was so weak that he was not even able to perform daily activities such as eating, bathing and walking etc. At DMRC CHB he was provided regular counselling, medical support and special nutrition. He was also admitted in IHBAS hospital for his medical and psychiatric treatment.

He was restored back to his family after he recovered both psychologically and physically. His parents were happy to be reunited with their child.

No. of children who are aided through the various programmes of SBT - 8401

No. of children who are reunited with their families every year – 2701

SBT aims to provide a sensitive and caring environment to the street and working children and other children on the margins of society. It seeks to dissolve the barriers that rob these children of the opportunity to realize their rights.

In the 1980s, the making of Mira Nair’s ‘Salaam Bombay’ (award winning film) revealed the dark underbelly of Mumbai’s streets, where several childhoods were at stake. A combination of socio-economic exigencies, political circumstances and parents’ struggle for survival created a large population of children, living and working on the streets of India. All across the country, the street children, an invisible section of the society, continued an invisible struggle on the streets of Delhi too.

In the day time, children grapple with the challenges of street life. When night falls, they curl up in crevices - at the end of the platform, under a staircase, in the subway - where the possibility of security exists. Ms Praveen Nair, Chairperson and Trustee at Salaam Baalak Trust testifies: “It took us quite a while to break the ice with the boys. Sanjoy (Roy) and myself would scout the railway platforms every day, chat with the boys, however they had been cheated time and again, and we weren’t the first to propose help. So, they would laugh off our intentions but we never gave up. Finally, when we answered their urgent call for help to care for a terribly sick boy, a friend of theirs, began the never-ending bond.”

Having spent quality time with these children, the founding members of the Trust realised that while most of these children were forced into these circumstances, many of them had chosen this life. What set them apart, was their chutzpah, their spirit. Ms Nair adds: “We started with the idea of donating blankets to the children in the bitter winter cold. We started at the very place where GRP centre now stands. However, we were naive about their actual needs. The children told us that sleeping under a blanket invited sexual attentions from older children. They stuffed newspapers and wore layers of clothing (all the clothes they possessed, actually) which not only kept them warm but also kept the clothes from being stolen! That’s when we realised that these children needed a roof over their heads and safe spaces.”

From three staff and 25 children on a balcony of the Ground Reserve Police at the New Delhi Railway station more than 32 years ago, we have now grown to over 250 staff, providing support services for approximately 10000 children a year in Delhi and the NCR region through our 7 shelter homes and 10 contact points.

Over the years, Salaam Baalak Trust has successfully worked with over 1 lakh children; out of which significant numbers have been restored to their families. Every year almost 10-11 children across SBT pursue higher education. We have children who grew up to become lawyers, fashion designers, photographers, puppeteers and engineers. This year, three of our children have got more than 80 percent in their 12th board exams.

2017: Americares Spirit of Humanity Award for Excellence in Child Healthcare 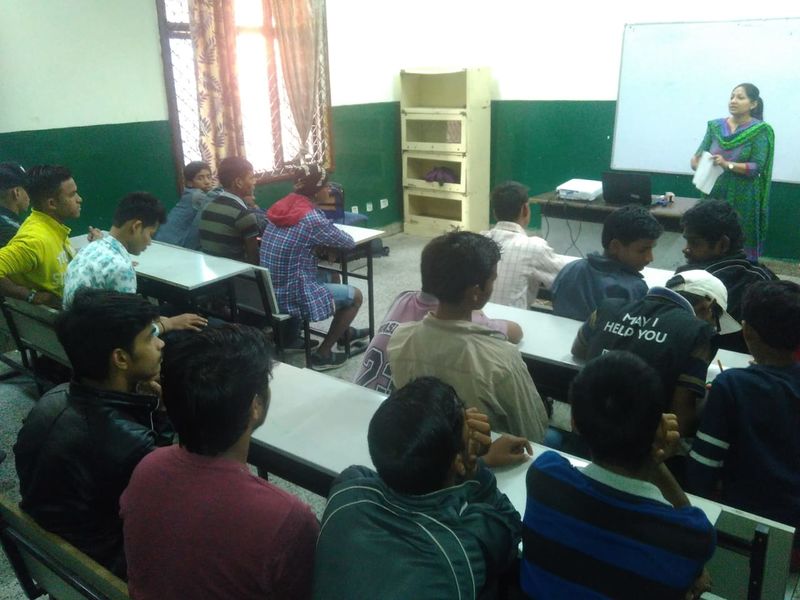 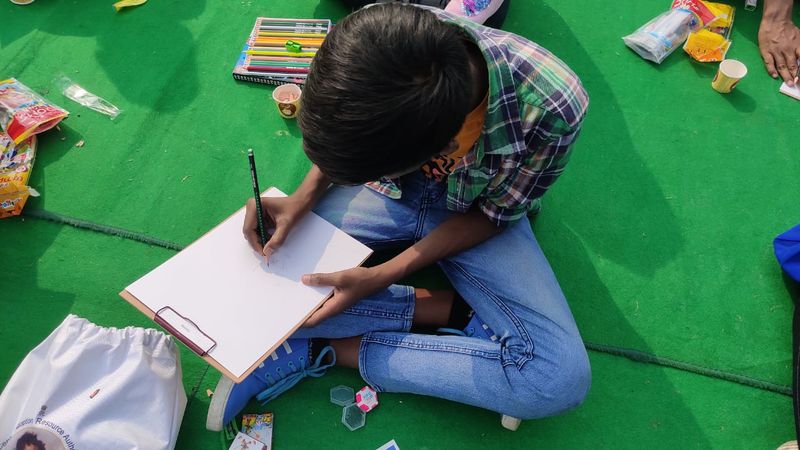 SBT helps and protects children who run away from their homes due to poverty and other reasons at a tender age. These children usually spend their lives at railway stations, bus stands, congested tourist and business areas or in slums of Delhi. Child Shavneet used to live with his paternal grandmother in Ludhiana. His brother used to work and live separately with his own family. Child was very good in studies and was studying in 10th class but later involved in substance abuse and developed some psychological issues. It is unclear how he reached Delhi. He was rescued by ODRS CHILDLINE and sent to DMRC CHB by the concerned CWC’s orders for his care and protection. When the child came to DMRC CHB he was disoriented, had Vitamin D deficiency, he had gone through physical abuse in the past as he had burn marks over his body and he was having Epileptic seizure. He was so weak that he was not even able to perform daily activities such as eating, bathing and walking etc. At DMRC CHB he was provided regular counselling and medical support. He was also admitted in IHBAS hospital for his medical and psychiatric treatment. Gradually he recovered his health and emotional stability. He became active and started participating in the recreational activities. Later he was restored back to his family.