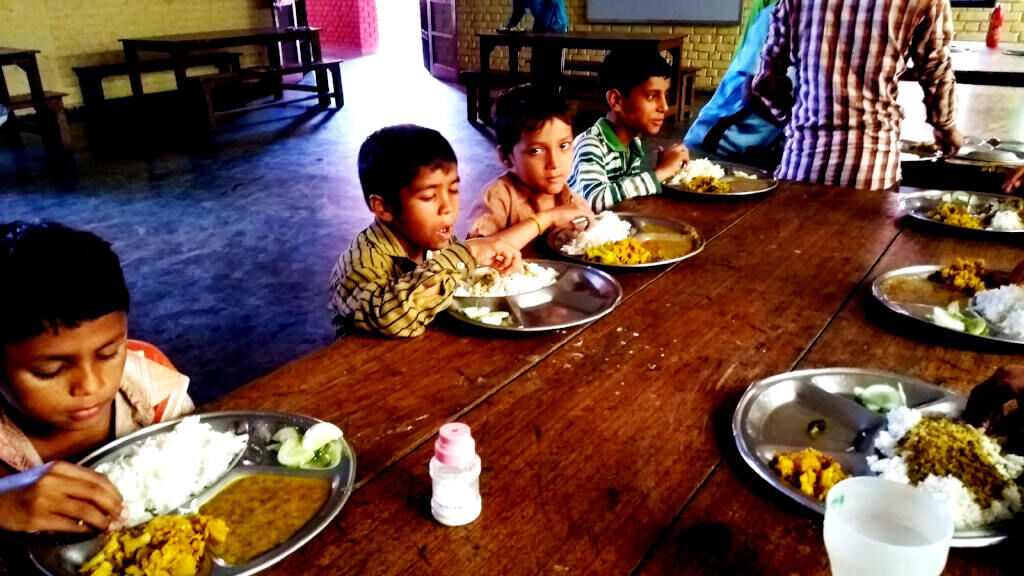 Shankar overcomes the trauma of an alcoholic father to become a class topper!

Shankar, an 8 year old boy lives in Gusbethi, a remote village about 2 hours from Gurgaon. He lost his mother at a young age. His father turned to alcohol and soon became addicted to it. This led to a very difficult and disturbing environment at his home. This was no place for a young child to grow up. Shankar started going through severe trauma and soon dropped out of school.

During this time a nonprofit that was working in his village came to notice Shankar. Noticing that he needed to be removed from this environment, they referred him to Deepalaya.

Deepalaya team then visited his house and understood that he had no support. He was then enrolled into their transit home. He was given emotional support to cope with his grief.

The home provides him with a safe shelter, clothing, quality food and healthcare. This helped him bloom into a happy child.

They channelized his energy by enrolling him at Deepalaya School, which is in the same campus as the home. He took to studies like a fish to water and has been consistently scoring good marks. He was encouraged to take part in extracurricular activities like singing, drawing, dancing, and theatre.

Shankar scored 86% in Class III. He tops the class in English. He is good at art and dance. Shankar has become a mentally and physically strong child. There has also been a remarkable improvement in his behavior. He is a polite and friendly boy now. He is very careful about his personal hygiene.

Shankar now has the childhood that he lost. He loves school and wants to grow up to be a teacher!

Your help can transform the lives of many more children like Shankar. You can donate so that children from traumatic backgrounds can find a safe shelter and grow into confident adults. You can give with confidence because every program listed is GIVEASSURED.

Deepalaya in Gusbethi is a shelter home as well as school that works with children from disturbed backgrounds.

One unit of donation to this program will will fund a day's meal for 80-85 children at this children home in Gusbethi, Haryana.

The transit home is not just a safe place for the children. The children get nutritious food, healthcare and education. They go through holistic development to grow into confident adults.

The children in the shelter home get the meals everyday. The capacity of the home is about 65-85 children.

The routine menu includes poha, sprouts, puri sabji, noodles, halwa, bread and eggs for breakfast and dal, rice, vegetables and raita for lunch and dinner. Special meal consists of all these with a sweet and a non vegetarian dish. The children receive individual attention and advised about hygienic living and healthy food habits.

They receive schooling at the Deepalaya School at the campus. In addition to the academic training they are given opportunities to participate in extracurricular activities.

The children also get 2 pairs of clothes from the school. There are inhouse first aid facilities. The home has partnered with hospitals for healthcare of the children. Regular dental check ups as well as monitoring of height, weight, haemoglobin and general health is done by a team from AIIMS.

With regular care and nurturing, these children who hail from disturbed backgrounds become mentally and physically strong.

When you donate to this program, you will help children from traumatic backgrounds with the nourishment that is very important for their growth and development.

Deepalaya is a New Delhi based organization with projects being implemented across north India. The organization is working dedicatedly towards improving the lives of children in vulnerable conditions.

They believe that sensitisation of the community is the approach through which empowerment, capacity building and social transformation can be achieved.

One of their projects is the Institutional Care programme where they provide shelter, care and a homely atmosphere, all aimed towards a dignified life for children from difficult circumstances. These range from street and run-away children, victims of child abuse, children of lifetime convicts, children of HIV+ and AIDS patients, children of sex workers, and other vulnerable categories.

These children belong to deprived backgrounds ? on an emotional, physical and social front. When brought under the care of Deepalaya, they receive overall rehabilitation support to help overcome the deprivation in their life. Healthy nutritious meals are one component of this rehabilitation process. In addition, the emotional, social, academic/vocational rehabilitation also take place through facilities available on campus, as well as in the nearby town of Tauru.

Mr. A J Philip is the CEO of the organisation, after having served as the president of the organisation for more than 20 years. Mr. Philip served Deepalaya since it started operations in 1979, with the sole intention of providing quality education at affordable costs. The motto is to enable the child look beyond slums. 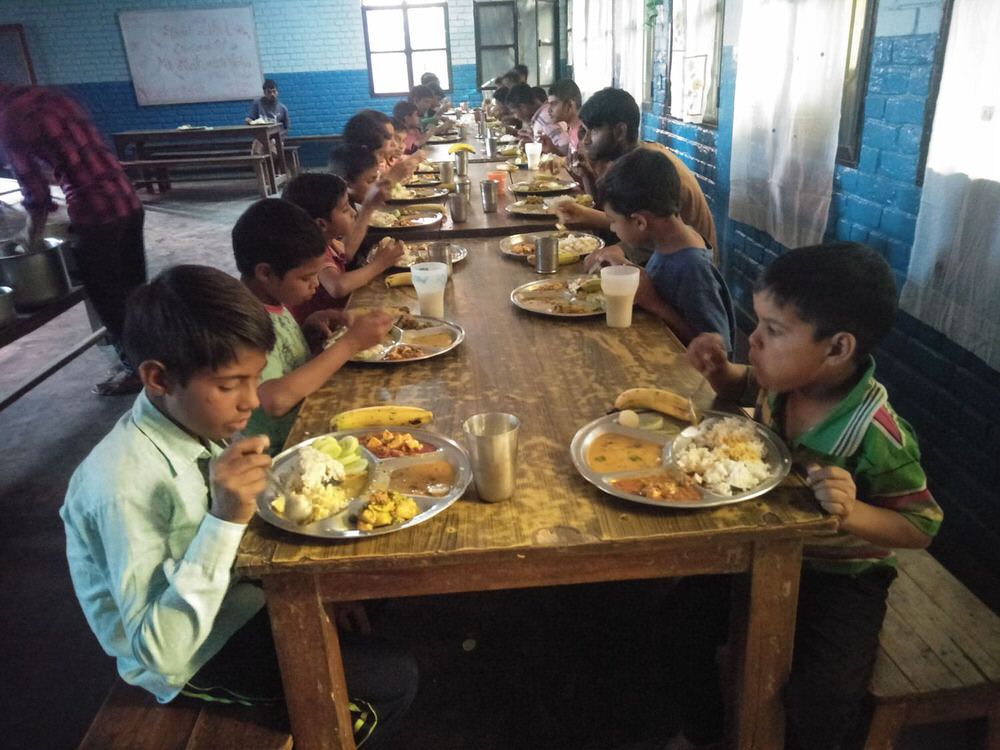 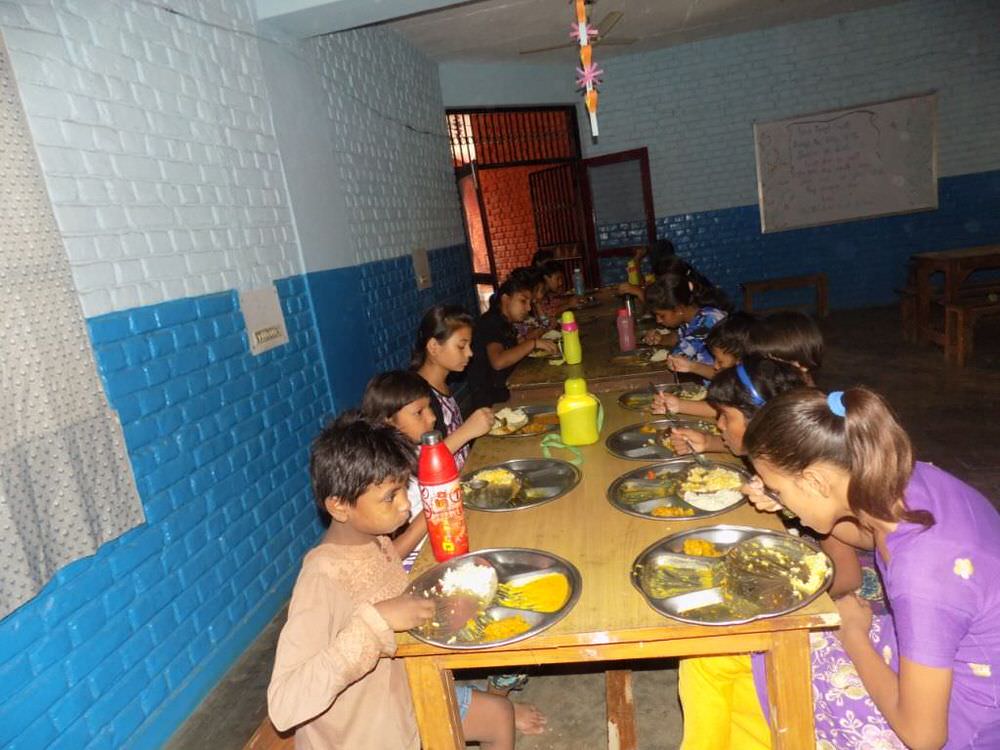 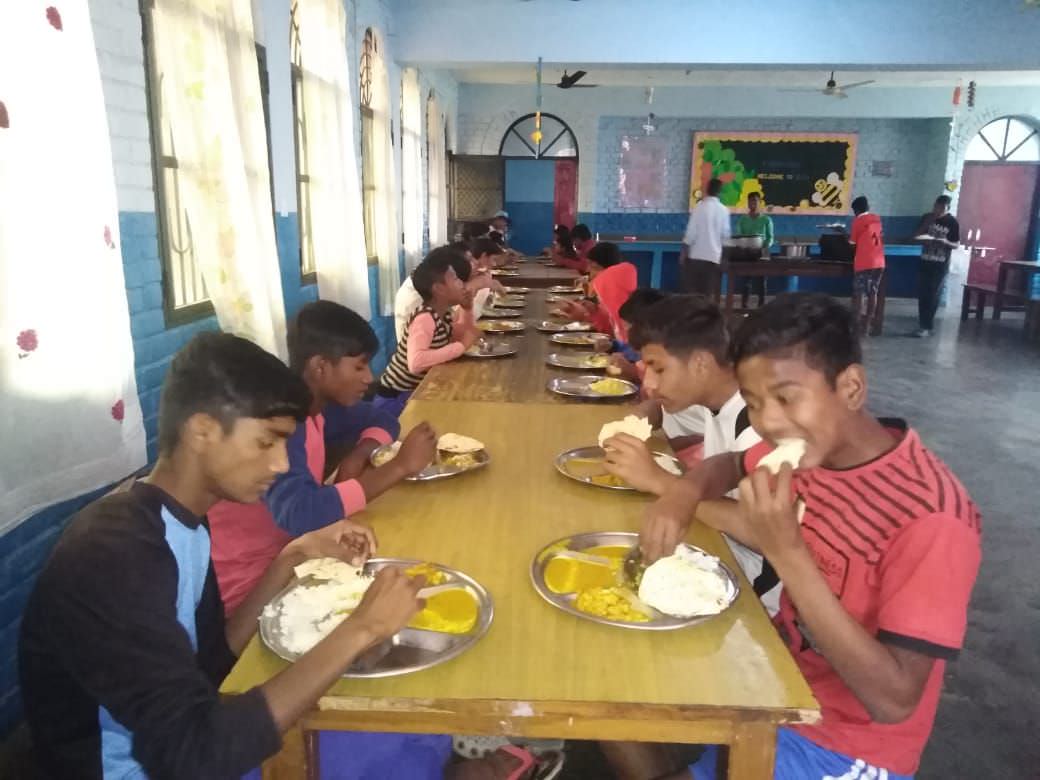 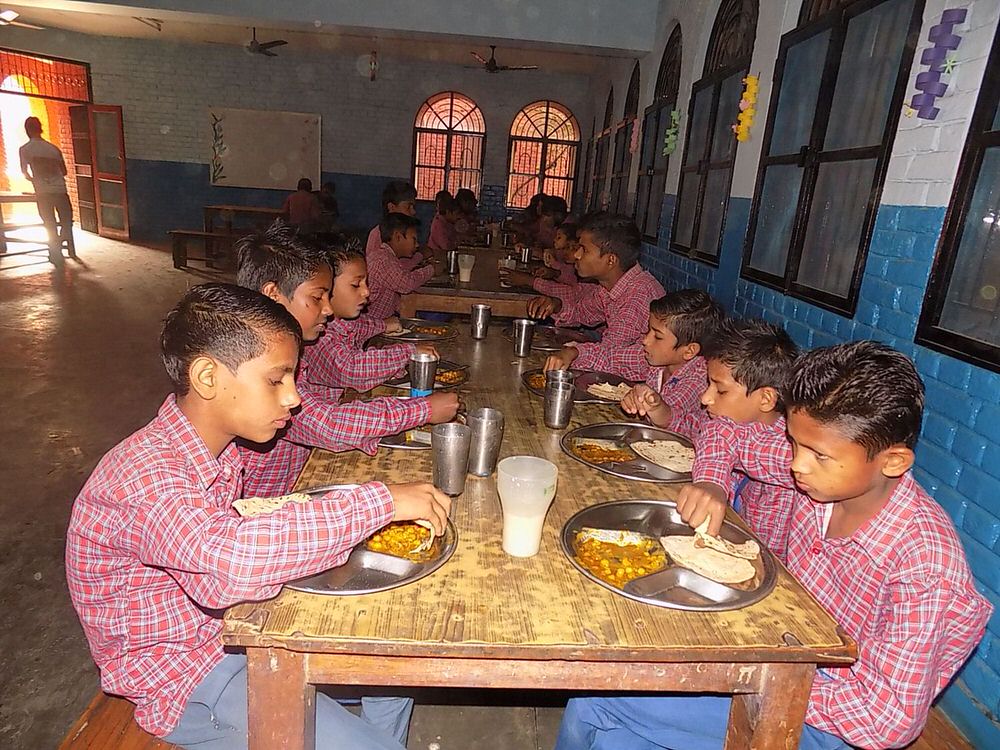 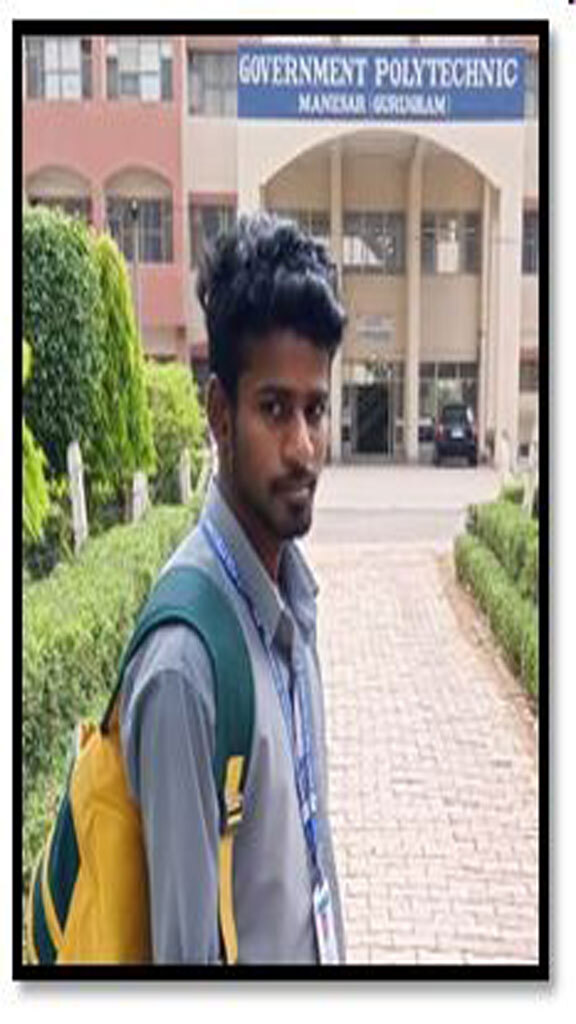 Deepalaya Children’s home registered under Juvenile Justice (Care and Protection of Children) Act 2000. This program started in the year 2000 with an emphasis on providing children at risk a safe and family environment filled with love, protection, education, food, shelter, clothing, rehabilitation and support to children for higher education so that they become good citizens and lead a dignified life. The program started with 19 children in the year 2000 and from that time onwards about 300 children have passed out from our home and at present we have 69 children (47 boys and 22 girls as on 31th March 2019). The children are from varying backgrounds - rescued off the streets and public places like railway stations, negative children of HIV positive parents, children of drug addicts and commercial sex workers, children from broken homes and domestic violence cases referred by District Child Welfare Committee. The Program functions from the village Gusbethi, Tauru Block, Mewat District, Haryana

Mohan was a missing child. He was roaming there in New Delhi Railway Station. A social worker of Deepalaya met him at railway station and asked about him. He was not known as he was a small child. Social worker told him that we provide food, accommodation and education. Then Mohan agreed and joined DCH in the year of 2005 and has worked hard from that time. He took admission at Deepalaya School, Gusbethi . Initially he was not able to cope up with the atmosphere of children’s home. With proper counseling he improved a lot. He likes to go to school and mingles with other children. He studied lessons very carefully. He is friendly and well mannered child. Gradually he is one of the best students in the school with scoring good marks in all subjects. Teachers and staff at Deepalya motivate him to work hard . He completed his class 10th with first division. He is fond of painting. He is an excellent painter and has achieved many accolades for the same. He is also a good football player and has played in many decisive matches. Mohan is now doing Diploma in Mechanical engineering from Govt. college of Manesar. This was possible only with the support of Deepalaya in his life. He is very much grateful to Deepalaya and the sponsors from Give India who helped him.

6 people are currently supporting this.