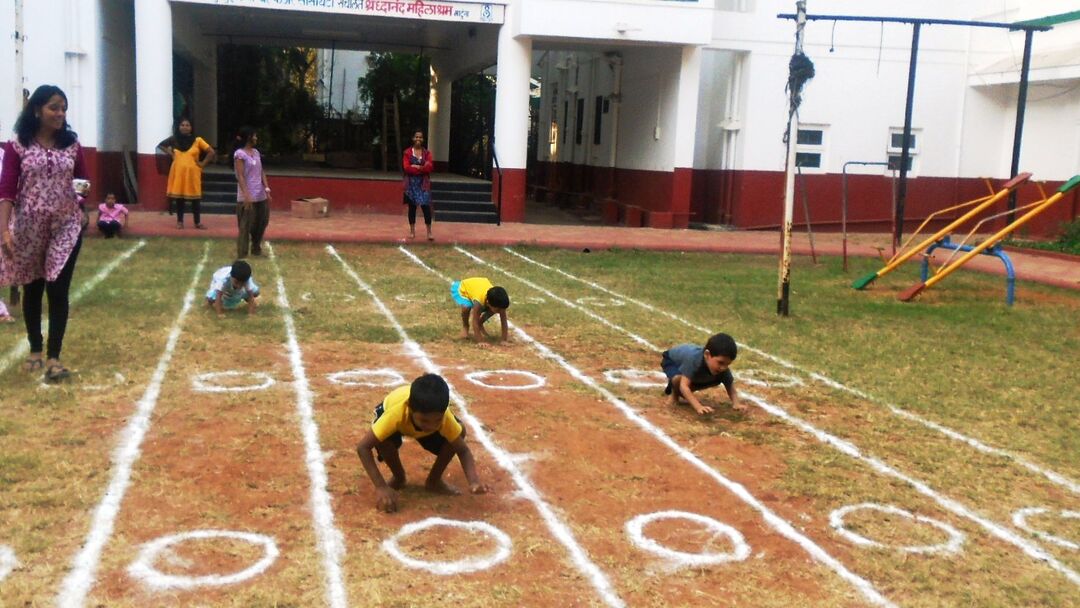 Abandoned by family, Rani is now a successful entrepreneur

Rani lived with her parents till she was three years old. Her father was the only earning member of the family. Her mother was blind and took care of the house. Fate struck hard when her father suddenly passed away. Her mother had no means of livelihood and she had two elder brothers who were not responsible.

She sought help to raise the child. The Juvenile Metropolitan Magistrate advised her to enroll her in the shelter home. So, her mother, keeping Rani's best interest in mind decided to enroll her at the Bal Gruha Home.

Rani grew up in the Bal Gruha with other children like herself. She was given the love and care that she deserved. When she turned 3, she began to go to the in-house Balwadi school.

She grew up as an Ashramkanya, as the girls who live in the shelter home are lovingly called. Once she was six years old, she enrolled in a neighborhood school. She grew up under the care of qualified social workers who nurtured her. They looked after her educational and emotional needs.

Rani completed her Secondary School Certificate exam. She didn't however have interest in academics.

She was more creatively inclined and had a good aptitude for drawing and craft. She used to make excellent greetings cards. So, the social workers of the ashram encouraged to learn art and take drawing exams.

She continued to stay in the Aadhar Gruha shelter home as she didn't have any family to go back to.

She completed her art exams and started training in embroidery and craft. Upon the advice of the Ashram supervisors she started doing embroidery work at a local shop.

She also started teaching tailoring and embroidery. Her classes became popular in that area and it became her identity.

She soon started her own business. As the business grew, she moved from a rental to her own premises.

In the course of time, she received a marriage proposal from a teacher in one of the Taluka schools. With the help of Shraddhanand Mahilashram's marriage committee, she got married.

Today she is happily married as well as owns her own successful garment boutique.

Many girls like Rani who would have grown up on the streets with no safety or future are now happy and contributing members of the society.

Your help can make many more abandoned and destitute children like Rani find a safe shelter. You can donate to their food expenses in the shelter home. You can give with confidence because every program listed is GIVEASSURED.

Shraddhanand Mahilashram runs a shelter home for abandoned children. They provide shelter, food, healthcare, education and overall development. They aim to give them a normal childhood so that the children can grow to be happy, independent and responsible citizens. The home is also recognized by CARA (Central Adoption & Resource Authority) and works to get the children adopted into good homes.

The children are mostly bought in by the Child Welfare Committee or through the police station. The police find the children abandoned in railway stations, bus stations etc. At times, the parents who can't take care of the children surrender them to the shelter home.

The Ashramkanyas, as the girls in the ashrams are lovingly called, attend different schools in the neighbourhood.

Health, well-being hygiene, basic needs, education, food and provisions are provided to the children staying in the homes. They are also coached in many co-curricular activities such as music, dance, and sports. The children also go on educational tours. Many activities like in-house competitions and workshops handicrafts,ceramic painting and mehandi are conducted so they can have holistic development.

The Ashramkanyas are grouped in houses and housekeepers are there to supervise them. There are qualified social workers who nurture them and look after their educational and emotional needs.

The girls above 18 years attend college or vocational courses based on their interests. They are also married through the Ashram on receiving suitable proposals.

This program covers the food and provisions of infants and toddlers who stay in the Bal Gruha homes. It also covers the staff salary which includes Social workers, nurse, attendants, house mothers, as well as electricity and telephone costs.

When you donate to this program, you help abandoned and destitute children grow up in a secure and loving environment.

Providing nutritious food to children in the institution 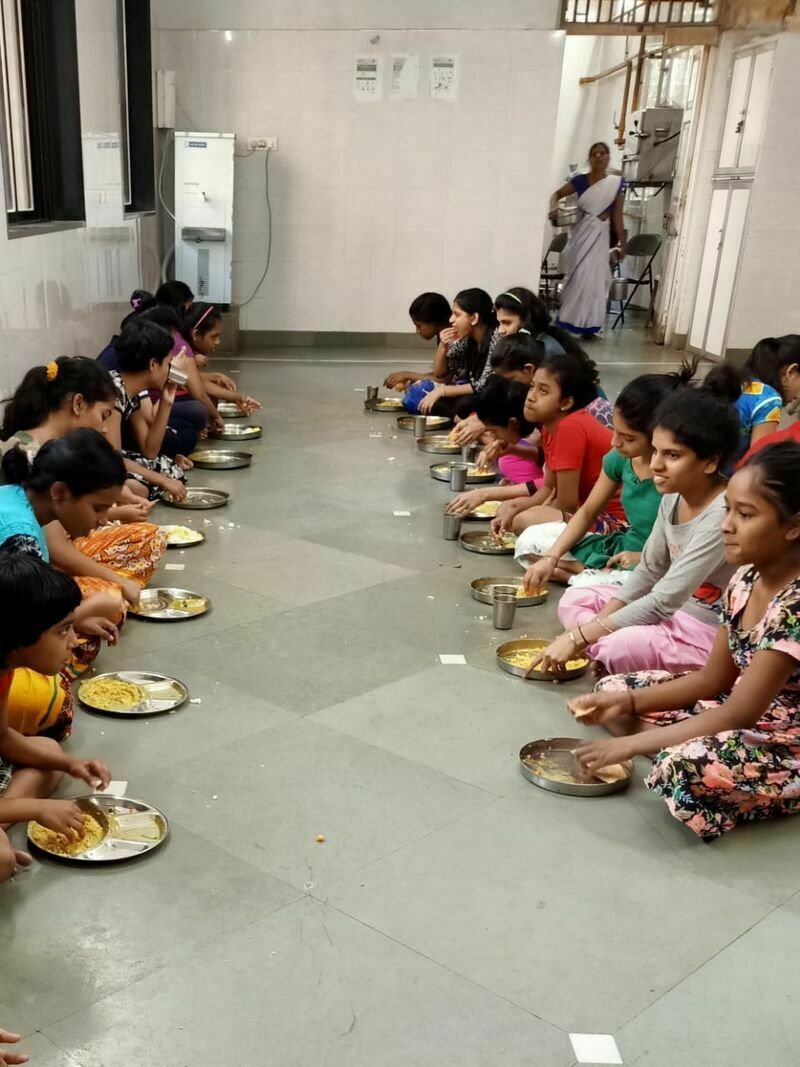 The day starts with a healthy breakfast for all the children. Afternoon from 12pm to 2.30pm is their lunch time then evening snacks at 4pm and dinner starts from 7.30pm till 9.00pm, four times a day nutritious food is being served to the children of all age group. New, during this pandemic once in a day we give turmeric milk to the children and to boost their immunity as advised by our doctor multivitamin and vitamin C tablets are also given to the children. Every two months menu chart is being prepared by our committee. We also consider the taste and preference of our children which adds up to their enjoyment while savoring the food served to them.

The soul is healed by being with children

The soul is healed by being with children

At Shraddhanand Mahilashram's child care institution currently, we are working for 106 children who are in between the age of 0 to 18 years. In consultation with our pediatrician we prepare healthy menu chart and ensure that balanced diet with all vitamins, carbohydrates, protiens, minerals and fats are being provided to the children as the requirements changes of each age group atsthe body needs changes with the child growing; breakfast, lunch, evening snacks and dinner are served to the children by the caregivers everyday which are made sure to be full of nutritious and healthy food to maintain their balanced diet. To keep the children entertained throughout the year we also celebrate Annual day, daily Fun filled activities are arranged for children as children mostly enjoy playing most of the times. Our children also participated in Balmahostav and thoroughly enjoyed the celebration of Republic Day. 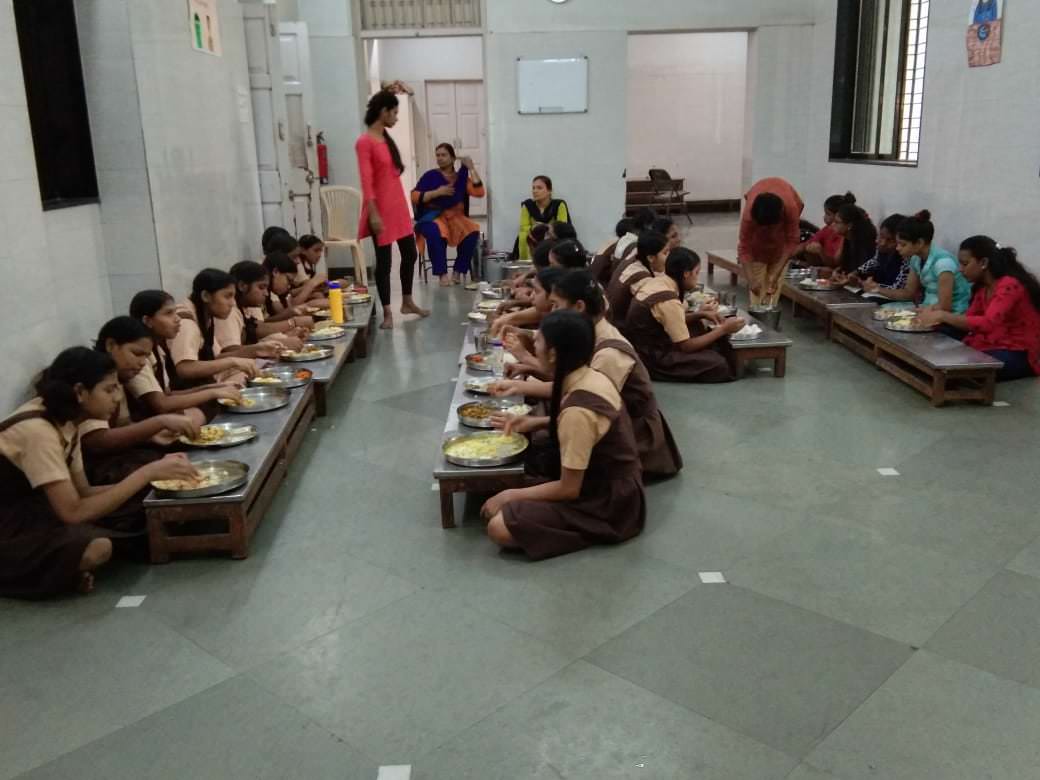 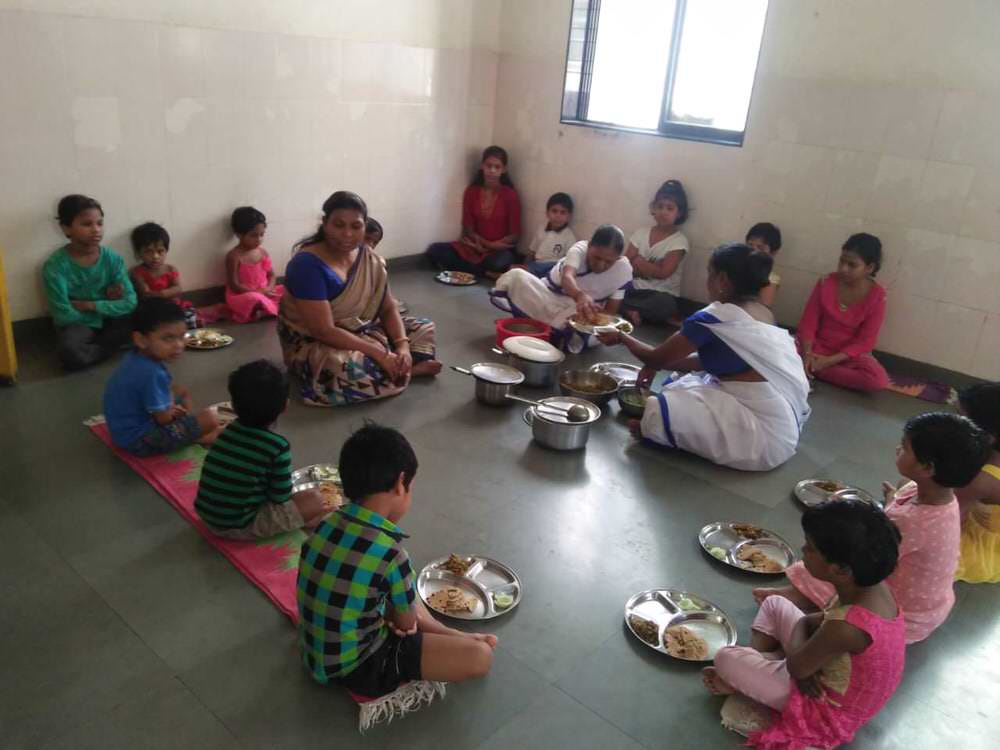 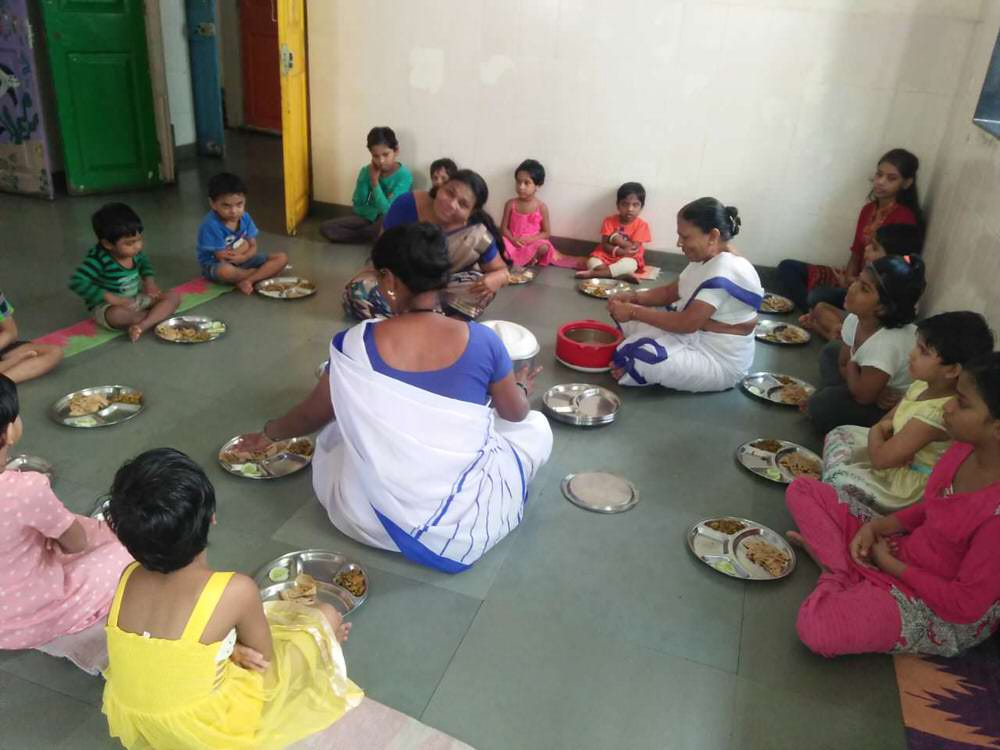 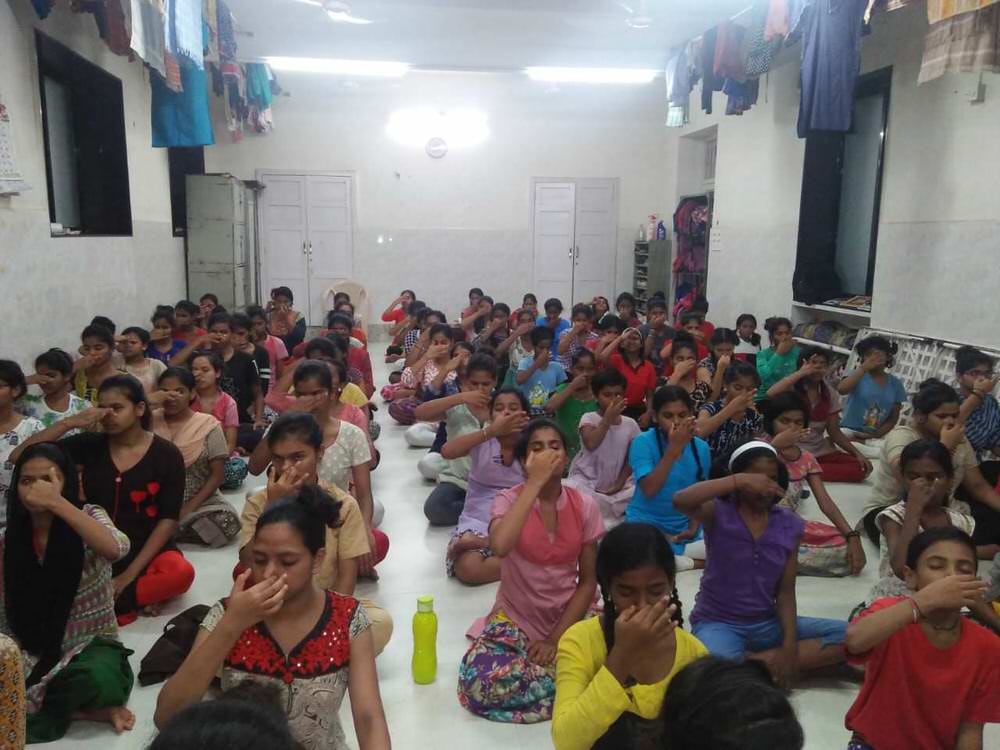 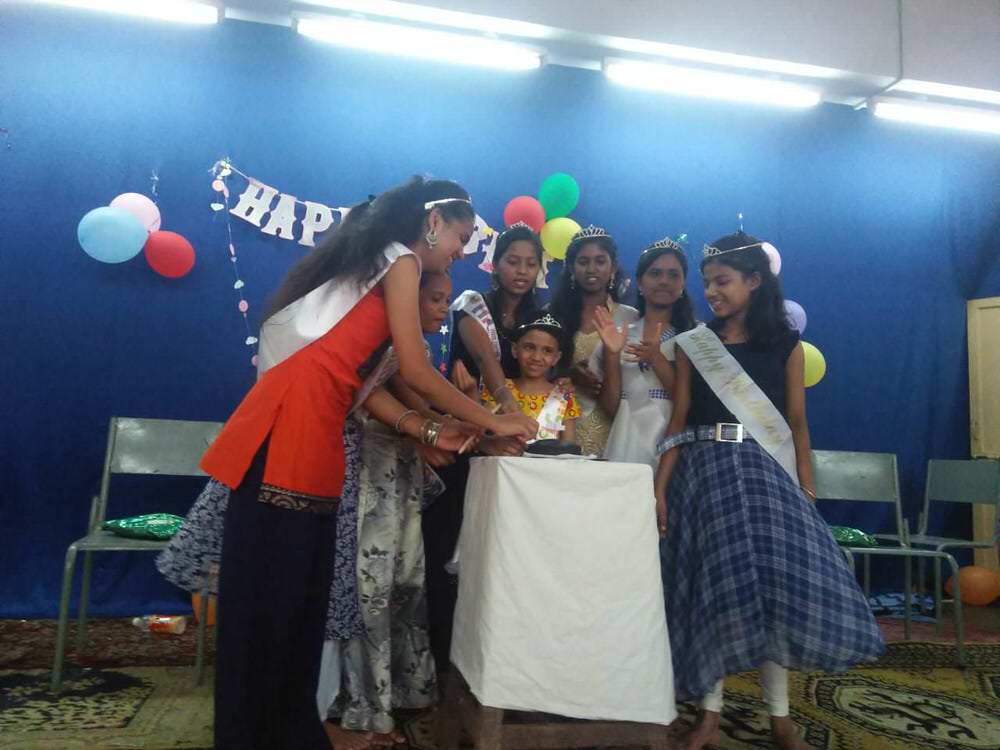 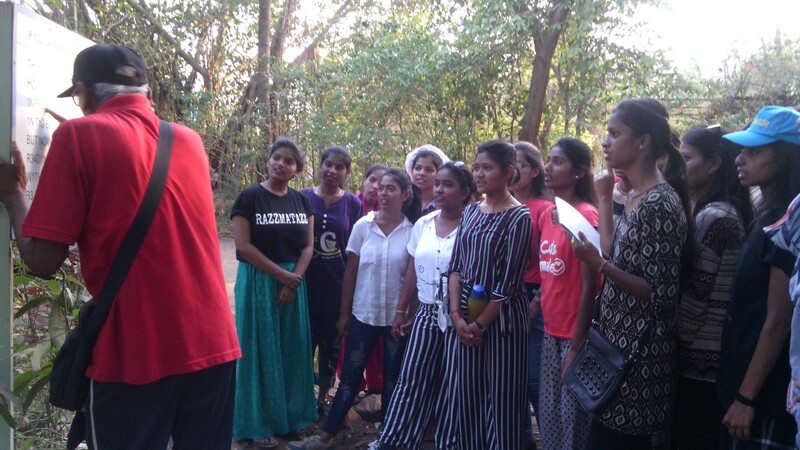 Conducted various competitions like dance, strait, song, rangoli etc. There were project presentation by the children an different topics. All festivals were celebrated. Children participated in Handball tournament held at Goa. Ashram Kanyas also attended and took part in the camps organised by other NGO. A part from picnics and outings Study tour and excursions were arranged for younger as well as older group. Sessions on topics like Personality development, IQ, Disaster management, Gender sensitization were conducted. Outdoor Sports competition were also organised for kids and older ashram kanyas. Short term Mehendi and cooking courses were organised. Tailoring class has been started for kanyas who are interested in stitching and embroidery. Every month birthdays are celebrated as a grand event collectively whose birth date falls on that particular month.

A 12 years old, stout girl child with chubby chicks, round face , twinkling dark eyes came to Ashram through transfer from another NGO. She was a daughter a single parent. She had only mother who was not capable to look after her. After some time her mother disappeared. We tried our level best to search her but in vain. The girl was disturbed emotionally. After several counseling session we could make her emotionally stable. She passed her SSC exam with average marks. She was good in sports. She wanted to be a police and to help the younger missing children to fine out their parents. She filled up a recruitment. She joined Railway Police Department. After completion of 0 and half months training she was posted in Mumbai Railway Police as Constable. At a present she is deputed as head constable. During 21 years of her services, she has successfully restored several missing children to their parents after completion of all legal formalities. She has received 54 departmental rewards for her good work during service. She was well behaved and confident girl. Her Senior colleague asked her for marriage with his son who was working in same department. She directed them to Ashram. Ashram enquired about the guy and his family . After completion of certain formalities their marriage was fixed and performed through the Ashram. Presently she is leading happy married life with two children. She is entitled to have all service facilities for police department. Her children are also studying well. We are proud other that she is civil service and doing well in her career as well as in her family responsibilities.

Support the living expenses of a poor orphan child by Snehalaya