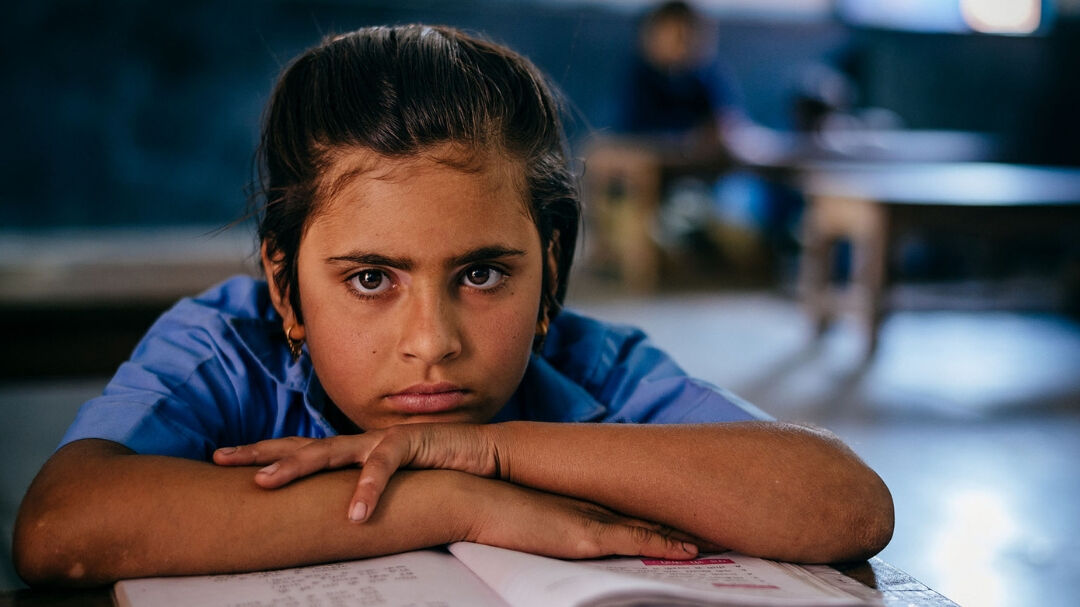 Only one thing kept Suchismita going to school.

Suchismita is from a poor family in Orissa. Her father runs a tea stall and earns very little each day. Her mother takes a few stitching orders to help the family, but even then they never have enough money.

Suchismita is the eldest of three siblings. Two of them study in school. When the youngest child was born, her parents wanted to stop sending Suchismita to school. They worried that the expenses would be too much and education was not a priority to them.

When The Akshaya Patra foundation began their mid-day meal program in Suchismita’s school, her parents changed their minds. This gave both Suchismita and her sibling healthy, well-cooked meals once a day without fail. Her parents knew that their varying daily income could not promise much to the children. So that guarantee of nutrition was a blessing to their family.

Suchismita is an active student who loves to learn new things. Her favourite subjects are English and Social Science. Someday she hopes to become a teacher who can inspire children like her to create a better life.

One good meal a day is a strong incentive for parents to send their children to school. You could help families like Suchismita’s by supporting the mid-day meal program. You can give with confidence because every program on our platform is GIVEASSURED.

The Akshaya Patra Foundation provides underprivileged children with a healthy meal a day. The surest way to break this cycle of poverty is through education. Education can improve the quality of life for generations to come.

When the basic needs of a child are not met, education often becomes the last priority. At times like that, a mid-day meal is an incentive for them to continue their education and reduces dropout rate.

The food is cooked in centralized kitchens and the program is implemented across schools in partnership with the government of India.

Close to 1.5 million children in 10 states are provided with mid-day meals. Donate to this program and you will support one child in a school in Orissa get access to a meal a day. This may be the only good meal they eat in a day and will help them resume their education

Akshaya Patra reaches out to 1,762,133 children in 42 locations across 12 states of India, providing them with freshly cooked meal on all school days. Currently, we implement the mid-day meal programme in 15,024 schools of the country, with plans to increase that number to hundreds more.
The Akshaya Patra Foundation has been chosen as the BBC World Service’s Global Food Champion 2019.
Shri Chanchalapathi Dasa, Hon’ble Vice-Chairman of Akshaya Patra, received the award at a ceremony held in Bristol City Council, United Kingdom. The CEO of Akshaya Patra UK, Mr Bhawani Shekhawat also attended the award ceremony.
This was the third edition of Global Food Champion, an annual award that honours people or causes that help societies and inspire lives. In 2018, a very talented chef and caring humanitarian, Mr Jose Andres – the man who helped provide 3.4 million meals to people in Puerto Rico in the aftermath of Hurricane Maria – won the award.
https://www.akshayapatra.org/stories-of-children/archana-the-girl-who-dreams-of-joining-the-police-force

My name is Shakti Kumar Dash. I am an Akshaya Patra beneficiary from Chandra Brahmapur School in Puri. I study in Standard VI. Drawing is my favourite pastime and I have been drawing regularly ever since I could hold a pencil. My favourite subject is Odia and favourite teacher is Ms Dharitri Mishra. She teaches in a friendly way and has a kind behaviour towards students.
I work hard for the lessons taught in my classroom. I believe, it's my positive thinking and confidence that helps me in scoring the highest marks in the entire class every time. Indeed, I feel I can do much more!
My father works as a priest for the last 25 years and mother is a homemaker. It’s no secret that I draw inspiration from my parents. In fact, I’d say they are the biggest reason I’m so passionate about helping people to the best I can.
My name, Shakti, speaks much about me. I admire power. As I grow up, with my strength I want to become a Police Officer and extend help to people for good.
I have been relishing the mid-day-meals served at school by Akshaya Patra since last 6 years. It is hot, tasty and calms my hunger. In mid-day-meals, I like soya chunks and kheer the most. My parents have also tasted the mid-day-meals and they say it will keep me healthy.

A student of class III, Ranthi came across as a shy child. Ranthi lost her father when she was a toddler. It got worse when her mother--perhaps worried about how she would raise a child on her own--left without informing anyone. Ranthi was left at the mercy of her grandparents, and despite having a host of problems--poverty being one of them, the couple decided to raise the girl as their own child. Ranthi's grandfather, who works in other people's fields as a daily wage employee, narrates the story of how they mustered the courage to send the little girl to school. "We live in a bad condition. Most of our energy is spent in trying to figure out how to get a proper meal for ourselves and Ranthi. The thought of sending her to school was there. We couldn't give our son proper schooling, and as a result, he is out there in the city doing odd jobs that come his way. We didn't want Ranthi to suffer the same fate. So we wanted to send her to school, but couldn't figure out how to do that."

Ranthi's grandparents had heard about meals being distributed in the school every afternoon, but they were under the assumption that they will have to pay to get that food. They were not sure if they could afford it. One day when he was passing by the school, he saw Akshaya Patra vehicle delivering food to the school. He mustered courage to ask the vehicle driver where this food was coming from and how much he would have to pay for it. "When he said I won't have to pay anything, I was surprised," he remembers. "He sent me to the school authorities and they told me that if I get Ranthi admitted to the school, she too will get the same food." He was elated at the idea of his granddaughter getting a plateful of food every day, something that she was not guaranteed at home. Thus, started Ranthi's journey of schooling, and along with good food, she also got access to proper education. Ranthi symbolizes the story of hundreds of children from these parts of Odisha, for whom school is the route to better life.

At 11, Ranthi may not understand the importance of nutritious food, but there is no denying the fact that it is important for her growth. At home, they mostly eat rice gruel with salt or chilies--a trend that is quite prevalent in this region. At school, she gets a variety of food, including her favorite daal paneer, kheer, and soyabadi. It is this nutritious food that helps Ranthi make the most of the playtime she gets at school!