by Snehadeep Trust for the differently abled 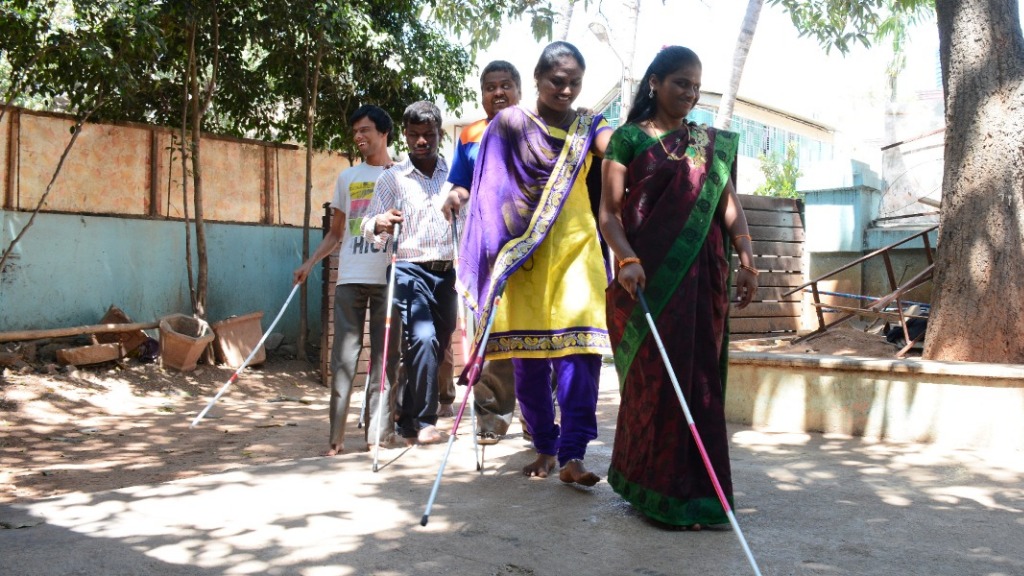 Donate to help individuals like Vasudev live a normal life

Vasudev belongs to a poor family in Darjeeling, West Bengal. He is visually challenged since birth but still managed to study till standard 6th. Poor financial condition of his family forced him to migrate to another city with his parents. This also made him discontinue his school. His parents admitted him to an orphanage when they could not take care of him due to their poor earnings. Growing up, he travelled to Mumbai with his friends, where he started working in a hotel as a vessel cleaner. To sustain in the big city, he also stitched shoes for extra earnings. His disability made him lose his job and he was left with no option but to beg on the streets to survive. In 2008, a friend of his brought him to Bangalore where he was admitted in a visually challenged school, where he completed his SSLC. He had to leave from there as well because he could not afford to pay the school fee. He started working again in a factory to continue his college. In 2012, Vasudev was brought to Snehadeep Trust. Snehadeep encouraged him to start his college, where he excelled owing to his eagerness to learn new things. He finished his 2nd PUC here and is now studying his first year Arts Degree. He is also an enthusiastic keyboard player.

You can donate for the well being of these children with confidence because every program on our platform is GIVEASSURED.

Snehadeep Trust for the Disabled was established in 1999 to help people with disabilities experience the life opportunities for which they had to fight so hard to obtain. Snehadeep runs a free residential Computer Training course designed specifically for disabled individuals.

These children are from economically backward classes from the city and rural areas of Bangalore. Beneficiaries are identified through various awareness camps, word-of-mouth and media/newspapers. Snehadeep provides students with free food and accommodation (separate hostels for boys and girls). There are a few students who stay in the hostel and are attending colleges in the city regularly. They are provided all the meals in a day, along with tea, snacks and refreshments on a daily basis. Computer Training period : July to March. The course covers basic computer training followed by intermediate and advanced training. The organisation manages the programme through funds from individual donors and a few regular donors who donate food material

* Number of students who are provided free food and accommodation - 50

* Number of meals provided to the students everyday - 3

* Duration of the computer course - 9 months

Snehadeep Trust for the differently abled

Snehadeep Trust for the differently abled

The vision of the organisation is to make the differently-abled fully employable, bringing them into the mainstream and helping them lead a life of dignity and economic independence.

Snehadeep Trust for the differently abled was established in 1999 by three highly motivated graduates, all visually impaired, who had a strong desire to help people with disabilities experience the life opportunities for which they had to fight so hard to obtain.

Paul Muddha, visually challenged, post an MBA and MA in Economics, is currently employed as a manager in Canara bank and has also taken the responsibility of running Snehadeep Trust. He is the recipient of the National Award for people with disabilities from the then President of India - Dr. A.P.J Abdul Kalam in 2004.

Snehadeep runs a free residential Computer Training course designed specifically for differently abled individuals. One of the most prevalent hurdles to education for the visually impaired is the availability of Braille textbooks. Snehadeep aims to provide free Braille textbooks to visually challenged students, thereby encouraging their continued education.

No. of visually impaired and hearing impaired people trained - 145

No. of visually impaired people who received the books - 227

No. of visually impaired students being supported - 82

Sponsor medicines for a mentally challenged patient by Vikash