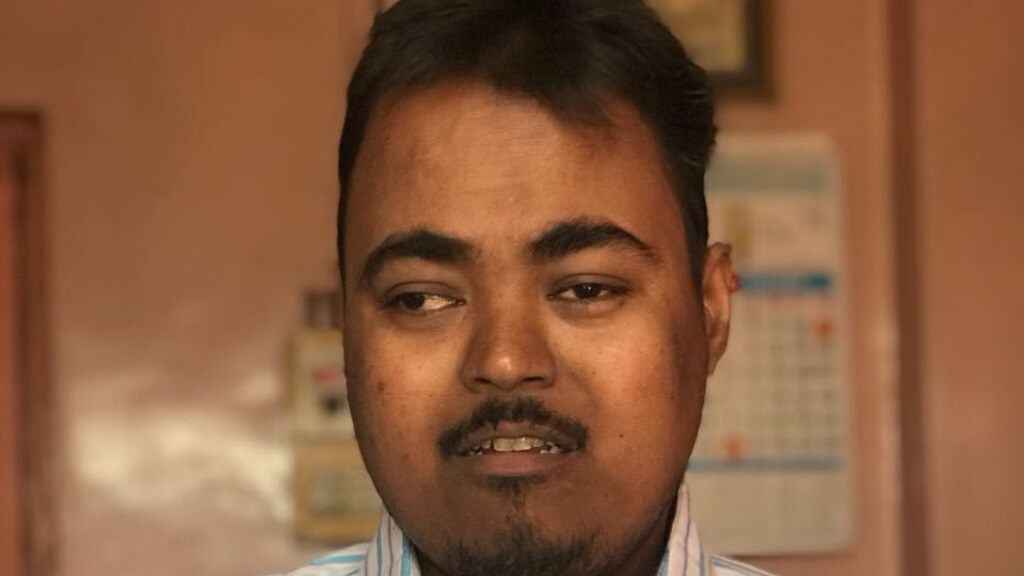 Maqbool gets a the healthcare he deserves

Maqbool is the only child of Zainabbi, a widow, who works as a domestic help. She never in her dreams had thought that her only child would be inflicted by a deadly disease like renal failure.

Maqbool started gradually losing his vision while he was in class VI, after which he discontinued his education. He is now completely blind. He suffers from Stage V Chronic Renal Failure. The cost per dialysis is Rs. 1400/- at Apex kidney Care Pvt. Ltd and the support provided is Rs 500 per session and 8 sessions are required per month.

MESCO supports Maqbool with regular maintenance hemodialysis. While Maqbool may never be fully healthy, the support that he gets gives him the healthcare that he deserves.

MESCO provides aid to patients suffering from kidney disease in the form of dialysis. MESCO does not recommend or enroll patients in any specific clinic or hospital for treatment but instead asks patients to continue treatment in the dialysis center where they have been taking treatment.

MESCO provides six months continuous treatment to each patient selected. The money is paid directly to the dialysis center in advance, at the beginning of every quarter. Each year in June and December, we invite the patients on a particular date and time and issue token numbers to them. If the number of patients attending the programme is found to be in excess of budgeted numbers, then we draw a lottery in their presence and issue the Application Forms to those selected. Patients are advised to submit the forms within a stipulated time with requisite documents.

Field officers visit their homes to verify the details and subsequently applications are selected or rejected by a Committee authorized to do so. Selected patients are supported for a period of six months following the month of application.

Modern Educational Social & Cultural Organization (MESCO) was initiated by a group of students who started distributing notebooks to the poor students. Their major source of funds was from the collection of old newspapers donated by the well-wishers. Gradually they expanded their activities to providing uniforms and other requirements to the deserving students.

As the funds increased, cases requiring medical assistance and relief were also included as additional activities. Now with a workforce of 70, the members of the organization have provided educational aid and scholarships to 3,455 students, food support to 367 families living in slum areas, medicines, cost of diagnostic tests, major and minor surgeries and support for dialysis to 240 patients and sewing machines to 115 women to supplement their income.

With a vision to help the underprivileged and marginalized to live a better tomorrow through various interventions, the members of the organization have striven to improve the quality of life of the financially disadvantaged by promoting meaningful education and health.

Help the helpless : the most deserving

Help the helpless : the most deserving

Programme update report for the October 2019 – March 2020 During the Six months period beginning from October 2019 to March 2020, 30 patients undergoing regular Haemodialysis through the 6 months Dialysis Support Scheme were assisted. These patients were assisted with financial aid to cover their cost of dialysis for a period of 6 months. These patients come from across Mumbai. As with respect to our assistance for Dialysis patients it continued with our helping hand to our Sustained Dialysis Support Scheme patients as well as Sustained Dialysis Drug Support Scheme patients. As we moved ahead as per our schedule for the Financial Year 2019-2020, to select the fresh batch of dialysis patients for the cycle April 2020- September 2020 under the 6 months Dialysis Support Scheme on Sunday 1st March 2020, the form distribution took place at Khalifa Ziauddin Girls Primary School, Mahim, 16 patients were selected for assistance under the 6 months Dialysis Support scheme. It was very unfortunate that our event of Observing World Kidney Day with all our dialysis patients coming together scheduled in March 2020 had to be cancelled at the last moment due to COVID 19. With all the excitement of preparation by the Medical Team and the zealous attitude of the patients of meeting together under one roof with one another came to a halt but it was in their best interest as the beneficiaries safety is always our first priority. 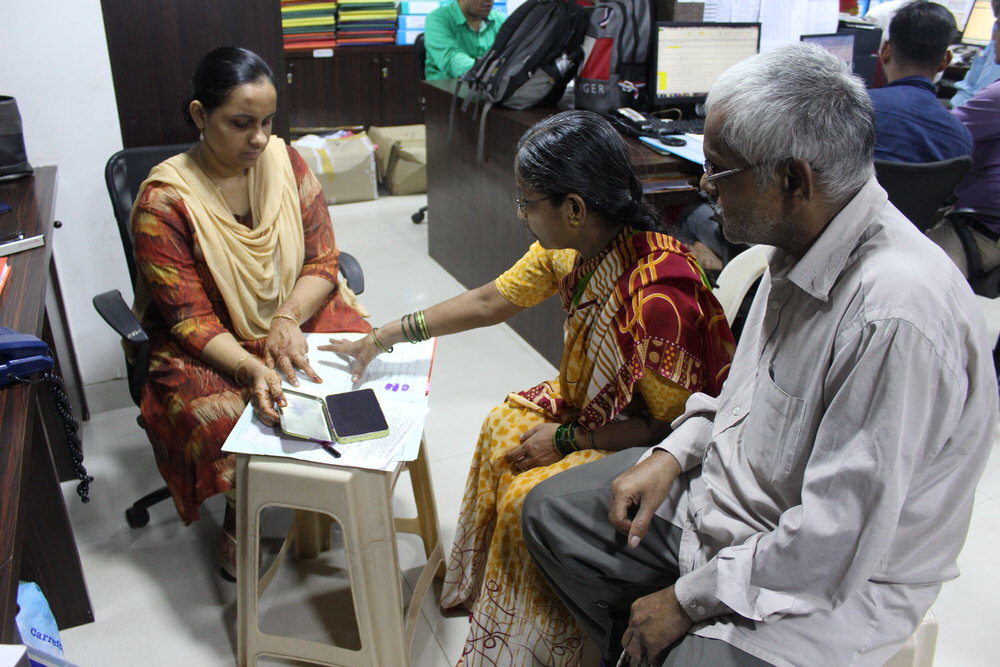 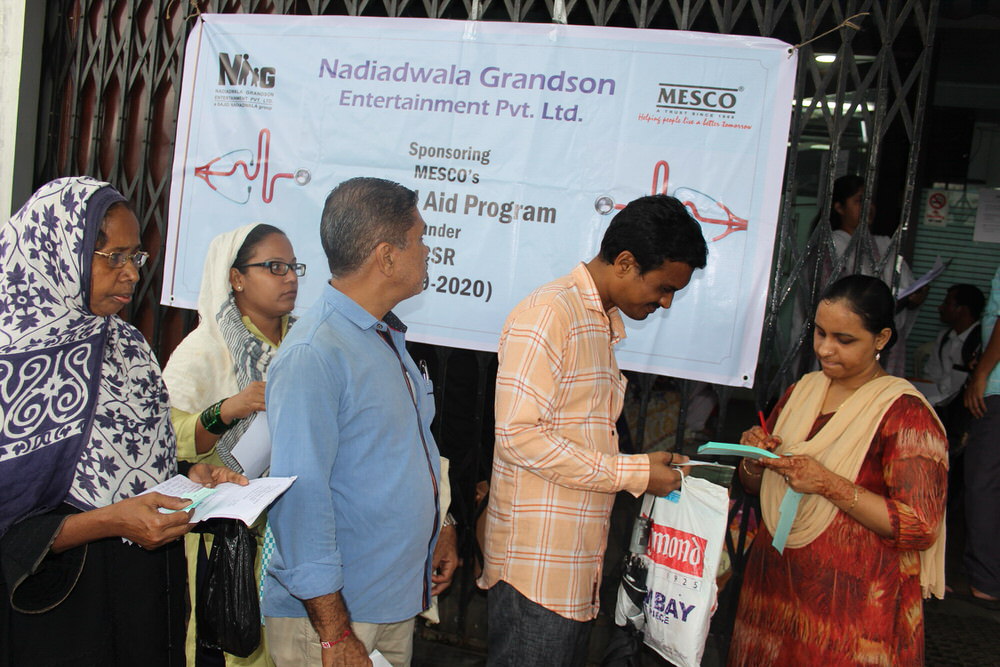 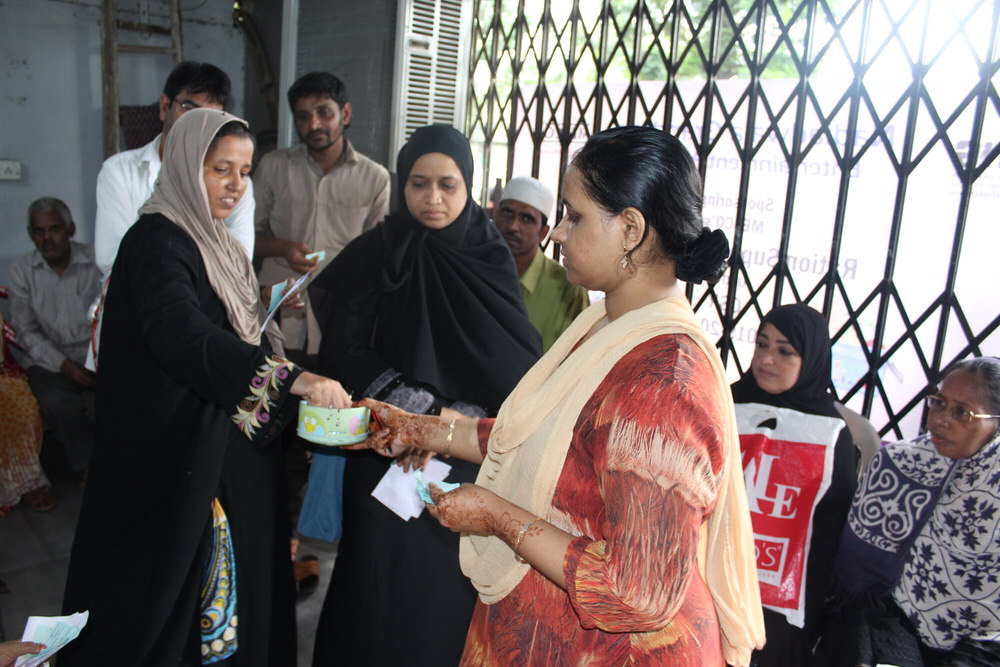 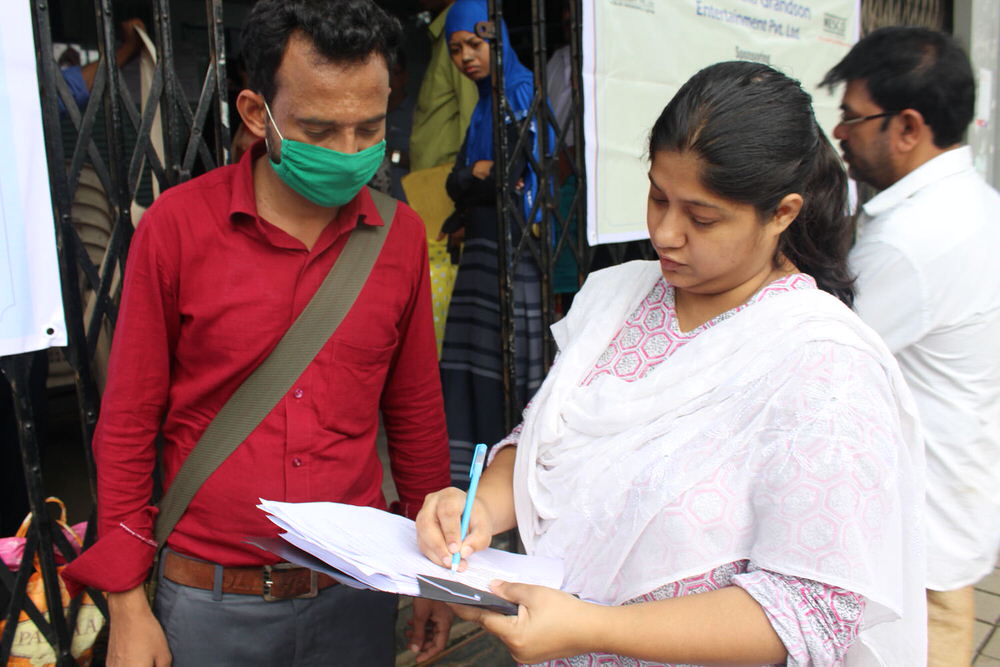 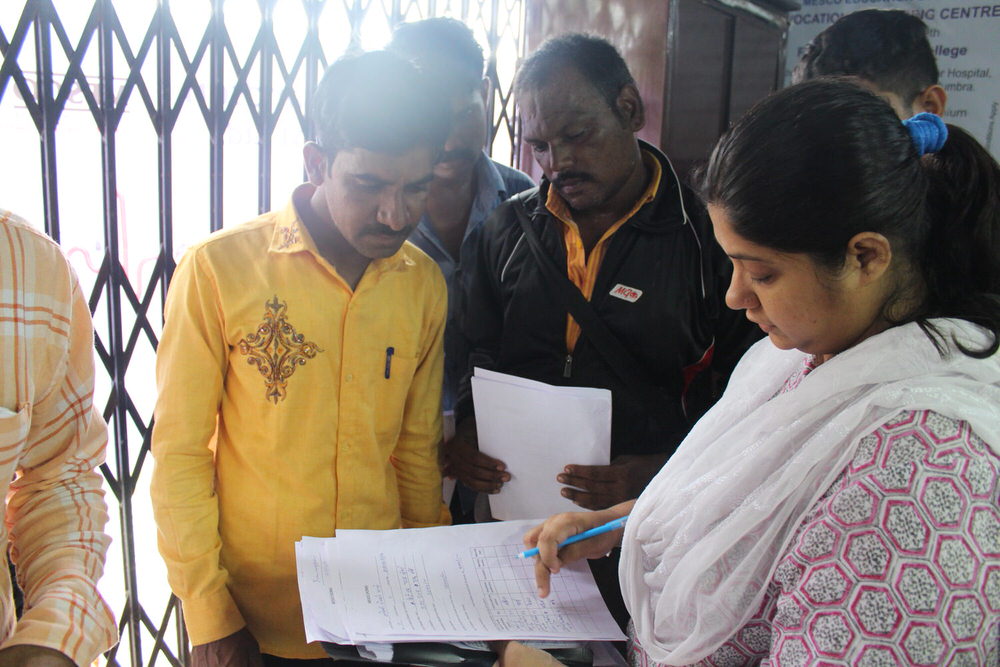 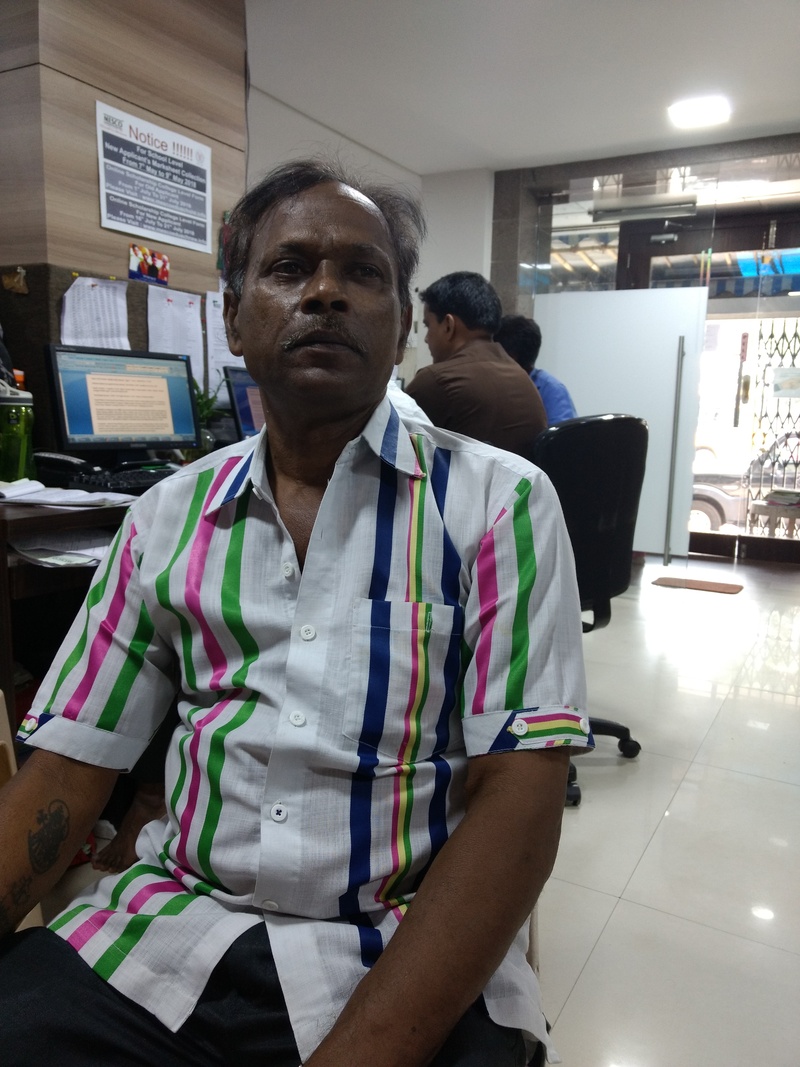 The 6 months Dialysis support scheme provides assistance to poor patients with financial assistance for their 6 months dialysis cost. Forms for the dialysis schemes are issued in two cycles annually i.e. March & September. The selection of patients for the 6 months dialysis support for the cycle October 2018 – March 2019 began on 2nd September 2018. 20 patients were selected out of 88 patients through random lots. These patients were asked to submit the filled in the application form along with necessary documents at the office on the prescribed date and time. Face to face interview was conducted of the patient and the investigation reports with recommendations were submitted to the Medical Aid Committee. 20 patients were given financial assistance for dialysis.

Mr.Mastan Edwin is 50 years old.By profession Edwin worked on the boat as a fishermen and did other odd jobs on the boat. Annually he managed to earn nearly Rs.50000/-before getting this chronic disease. Since 2014 he is suffering from Chronic Renal Failure . He is on a regular maintenance Haemodialysis. He needs to undergo Hemo Dialysis thrice a week at Cardinal Gracias Memorial hospital at Bangli, Sandor, in Thane District. The patient has a family of 5 members. He, his wife and his three children together. Since the year 2014 due to his consistent ill health the patient became jobless.The severe financial crunch of the family and continuing depleting health of Edwin pushed his wife to take the lead role as a bread earner in her family. His wife is working as a house maid and other odd jobs. His elder daughter has become a Nun. His eldest child, a son has passed 12th exam and doing clerical work in a society. The youngest child of the patient is in class 10th going to a government school. The patient is living with his family members in their ownership house with bare minimum necessities. who is college going also works on part time basis. They have to visit various trusts to meet the expenses of the ongoing dialysis. 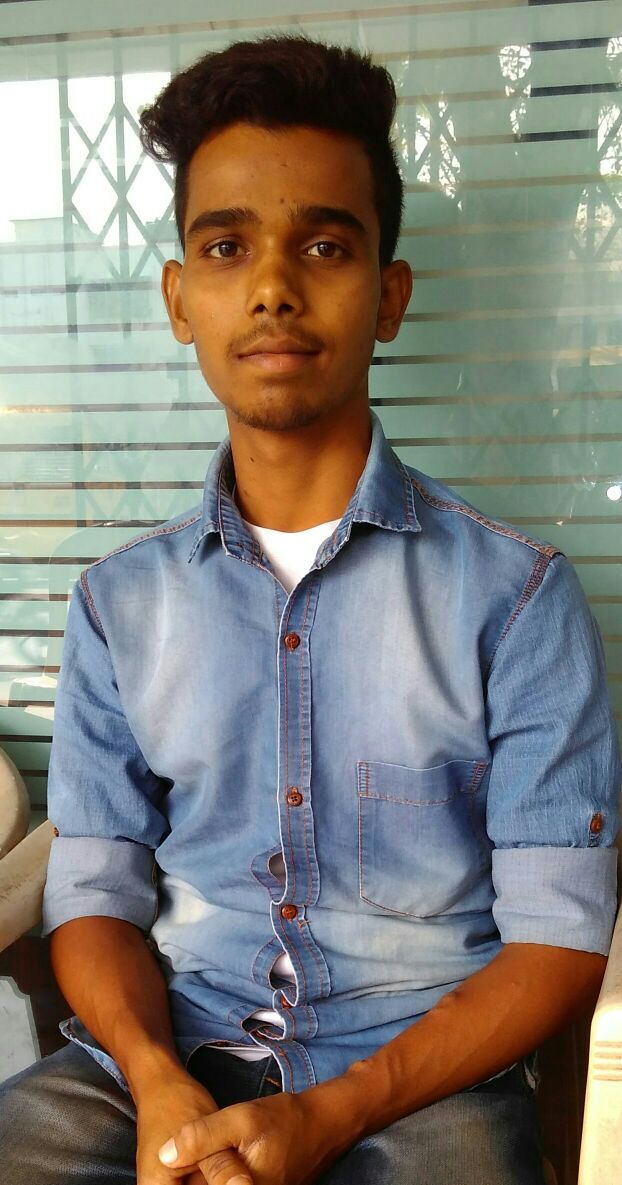 The 6 months Dialysis support scheme provides assistance to poor patients with financial assistance for their 6 months dialysis cost. Forms for the dialysis schemes are issued in two cycles annually i.e. March & September. The selection of patients for the 6 months dialysis support for the cycle October 2018 – March 2019 began on 2nd September 2018. 20 patients were selected out of 88 patients through random lots. These patients were asked to submit the filled in the application form along with necessary documents at the office on the prescribed date and time. Face to face interview was conducted of the patient and the investigation reports with recommendations were submitted to the Medical Aid Committee. 20 patients were given financial assistance for dialysis.

Mr.Akshay Renose, Mr. Renose Akshay was a student studying in class X while preparing for his examination due to nervousness his blood pressure shot up drastically that affected his kidneys and he became a patient of Chronic Renal Failure. It was in 2015 when he underwent his first dialysis. All his dreams of going to college and becoming a graduate shattered. He is no longer a student but doing rounds of his dialysis center and the various trusts in Mumbai to fetch him the finances needed for his ongoing dialysis. He undergoes dialysis at Sukh Sagar Hospital in Kandivali. He undergoes 3 dialysis a week i.e. 12 dialysis a month. The cost of a single dialysis is Rs.600/-. The cost of dialysis per month is Rs.7200/-. There are four members in the family. Akshay is the youngest of all, even his brother is a Chronic renal failure patient. They live on rent, the eldest brother lives separately and helps the family by paying the house rent. The patient’s father is a driver earning Rs.6000/- p.m. whereas the mother is a housewife. The family is very thankful to the donors that the timely help has given them a new lease of life. MESCO select Akshay and help him to survive with such hardship.

Your donation will support 1 Beneficiary

959 people are currently supporting this.