Nagaraju keeps his hemophilia under control with a little help

Nagaraju was born with hemophilia with factor VIII deficiency. He lives with his mother in Hyderabad. His father passed away when he was very young. This led to his mom being the sole earning member of the family.

His mother is uneducated. She works as a tailor. She has a very unstable income. They manage to make ends meet with great difficulty.

Hemophilia A, also called factor VIII deficiency, is a genetic disorder caused by missing or defective factor VIII, a clotting protein. People with hemophilia A bleed longer than other people. Bleeding can occur internally, into joints and muscles, or externally, from minor cuts, dental procedures or trauma.

Currently, there is no cure for hemophilia. The main method of treatment for hemophilia A is to intravenously infuse a concentrated FVIII product called clotting factor or simply factor through a vein in the arm or a port in the chest.

Living with a disease that has no cure, Nagaraju always has to be ready for life threatening situations. On one instance he got affected with a peritoneal bleed - an internal bleeding. He was admitted in the Little Star's Children Hospital.

A large quantity of factor VIII was required to control his bleeding immediately.** The cost of this requirement crossed over a lakh.** His mother had no means of arranging this amount. She was helpless and was at a complete loss of options.

Seeing their situation the hospital referred them to Hemophilia Federation.

Hemophilia Federation with the support of The Hans Foundation provided 5012 IUs of factor VIII which covers close to Rs.60000/- as partial support. Nagaraju was treated by infusing the required units. His internal bleeding was controlled and he recovered well.

He is now registered with the Hyderabad chapter of the Hemophilia society.

Your help can many more patients like Nagaraju. You can donate so that the poor patients who suffer from hemophilia can get support and ave a normal life. You can give with confidence because every program listed is GIVEASSURED.

Hemophilia A, also called factor VIII deficiency is a genetic disorder caused by missing or defective factor VIII, a clotting protein. People with hemophilia A bleed longer than other people. Bleeding can occur internally, into joints and muscles, or externally, from minor cuts, dental procedures or trauma. Hemophilia patients who can't afford timely, sufficient and appropriate treatment could end up with consequences such as permanent disability, HIV/AIDS, Hepatitis B/C infections, and even death.

Unfortunately many patients suffering from hemophilia belong to Below Poverty Line (BPL) families. Due to the lifelong, incurable nature and very expensive management of the disorder Antihemophilic Factor (AHF), it becomes difficult for families to meet expenses of the same. The requirement for AHF can be even more in case of severe bleeding and surgeries. This is not a one-time expenditure and necessity occurs whenever an injury may occur.

They maintain a list of the most deserving patients based on the severity of the condition as well as family income.

AHF is allocated to beneficiaries as and when required

The AHF units are procured and stored at the head office in Delhi. Whenever a local chapter is short of enough units, they send a request to the head office. The required units are sent to the chapter.

A second installment is given only after receiving satisfactory proof that the first installment of AHF was properly utilized.

In case of death of a beneficiary or underutilized medicine by another patient, a new beneficiary is identified to be helped.

Hemophilia is a life-long condition and there is no limit to the treatment needed. A hemophilia patient may injure himself/herself on an average of 3-4 times a month. Hemophilia factor VIII costs Rs.12/- per unit. A minimum of 500-1000 units of AHF is required by a haemophilic patient each times for a minor injury. If the injury is critical then it depends on the severity.

Hemophilia Federation has presence through 79 chapters across all states.

When you donate to this program you give a patient suffering from a life-threatening disease hope to live a normal life.

The Organization was started in 1983 by Ashok Verma who was himself a hemophilia patient, to alleviate the sufferings of thousands of hemophiliacs in the country. Mr. Vikash C. Goyal President, HFI, is a Banglore-based businessman and a father of a hemophiliac son who passed away because of hemophilia. He very passionate about this cause and for the welfare of the suffering hemophiliacs of India.

Work done by the organization -

Provided 5000 ius each of free AHF factor VIII, IX, Fieba to 55 beneficiaries from all over India

Treatment /management (AHF) support was provided to Persons & Children with Hemophilia pan India from the donation given through GiveIndia Programs. With this support, beneficiaries were prevented from getting disabled/dying. Beneficiaries & their families are very thankful for this life-changing/saving support. We at HFI are very thankful to GiveIndia for their continuous support towards the cause of hemophilia and expect the same in future also. 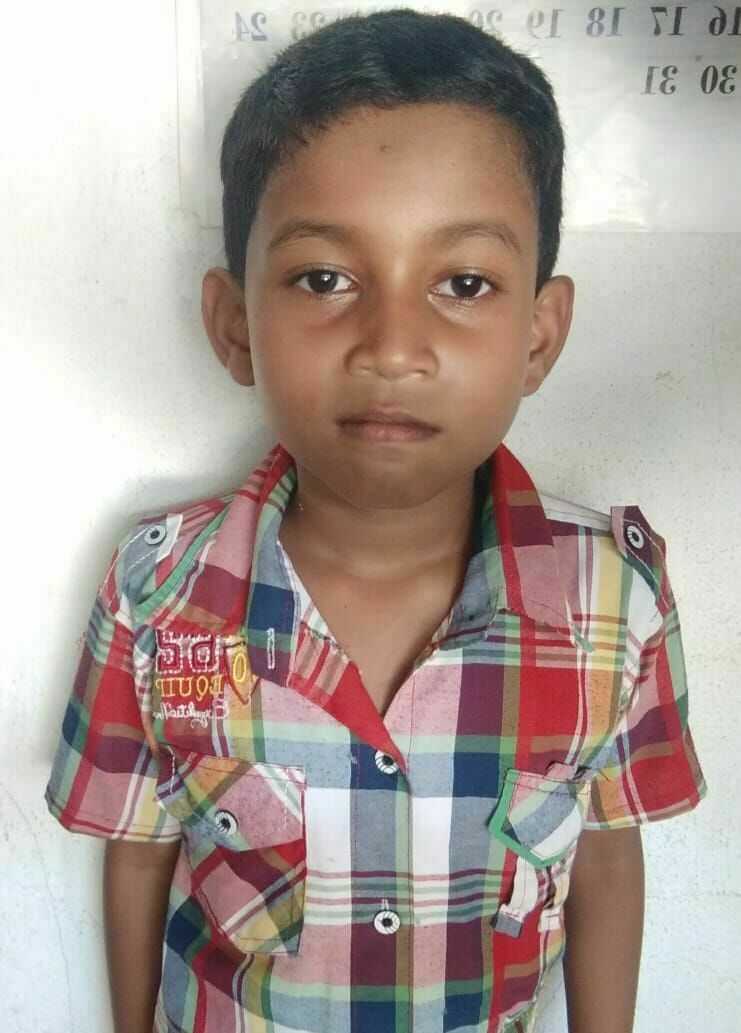 10 yr old Malaya Tandia is a Child with Hemophilia (CwH) suffering from factor VIII deficiency studying in class V in a small school in his village, he has one younger brother who is also studying in II std in the same school. His father has expired therefore their mother is the only earning member of the family through farming in their small farm with an annual income of Rs. 35,000/-

Recently when Malaya had a bleed from his right ankle & left knee, he was immediately rushed to VSS Medical College & Hospital, Burla., which is quiet far from his home. There his treating doctor prescribed a minimum of 2000ius of factor VIII for adequate treatment. With his small income it was very difficult for Malaya’s mother to purchase the expensive AHF along with the cost of travel to take him to the hospital under such restrictive conditions because of the ongoing Covid -19 crisis and amidst the risk of getting infected. His mother was therefore in a helpless state as they are already in a very bad financial state due to the ongoing pandemic, but nevertheless her son was not given immediate treatment his ankle & knee would get permanently damaged

Realizing the gravity of the situation Malaya’s mother approached HFI for help, HFI immediately provided free factor VIII for Malaya from the support provided through this Give India program. This timely treatment because of availability of free AHF enabled to stop the bleeding instantly, and his ankle and knee were prevented from getting further damaged and also prevented him from getting disabled.

Malaya & his family are short of words to thank donors for this life changing/saving support during such tough times and expect the same in the future also & We at HFI are very grateful & indebted to the donors under this program for their kind support, we value their friendship and hope it remains with us forever 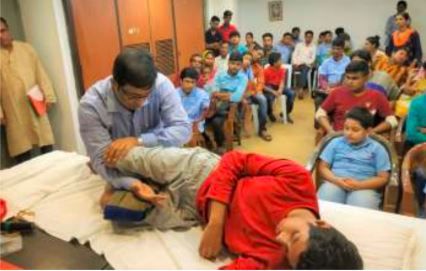 One unit of gift to this program helps spread the expense of 100 units of Factor VIII for helpless hemophilia patients. Hemophilia Foundation helps oppressed Hemophilic patients opportune, adequate and proper treatment. Hemophilia A, additionally called factor VIII lack is a hereditary issue brought about by absent or faulty factor VIII, a coagulating protein. Individuals with hemophilia A drain longer than others. Draining can happen inside, into joints and muscles, or remotely, from minor cuts, dental systems or injury. Hemophilia patients who can't bear the cost of ideal, adequate and proper treatment could wind up with outcomes, for example, perpetual handicap, HIV/AIDS, Hepatitis B/C contaminations, and even passing. 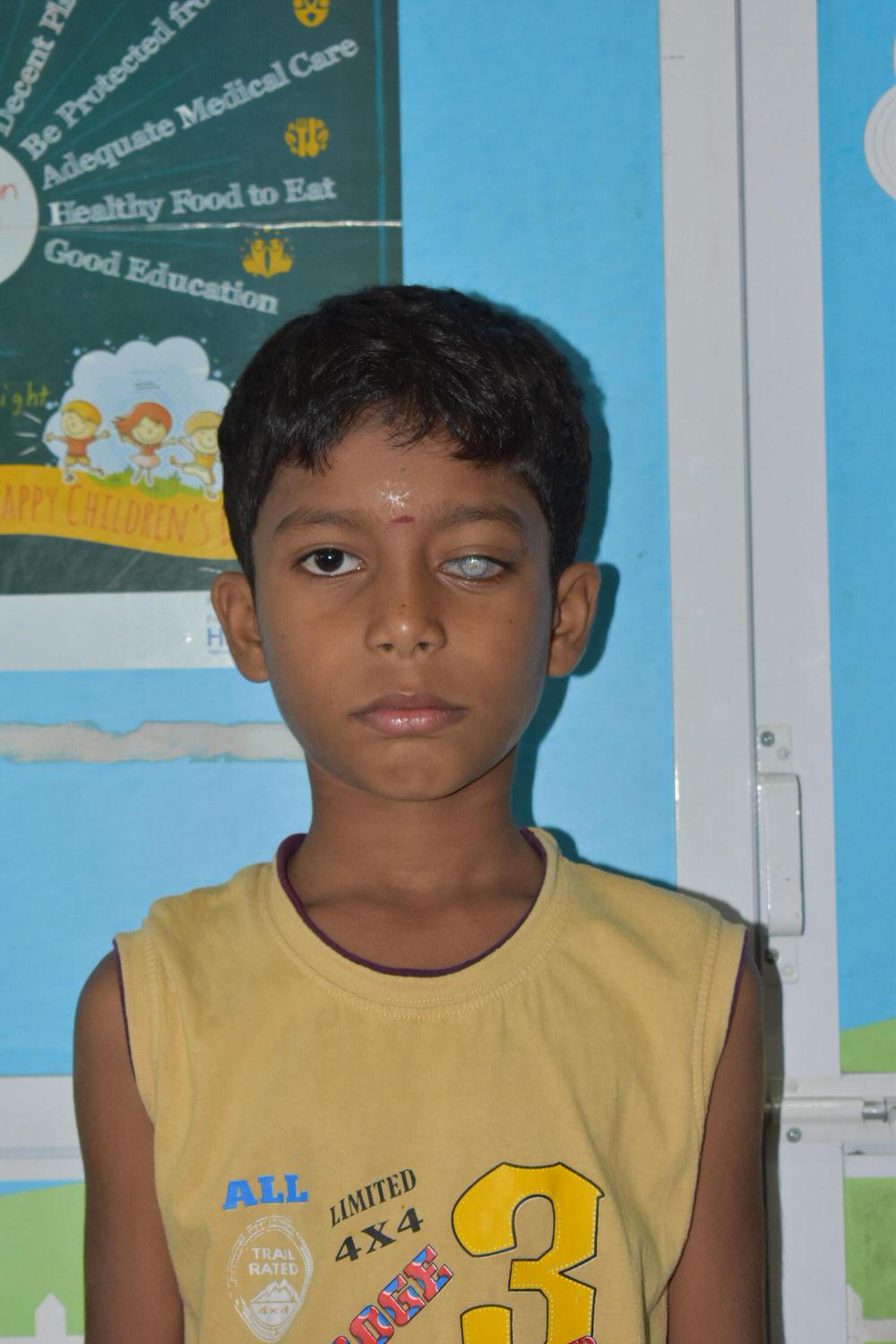 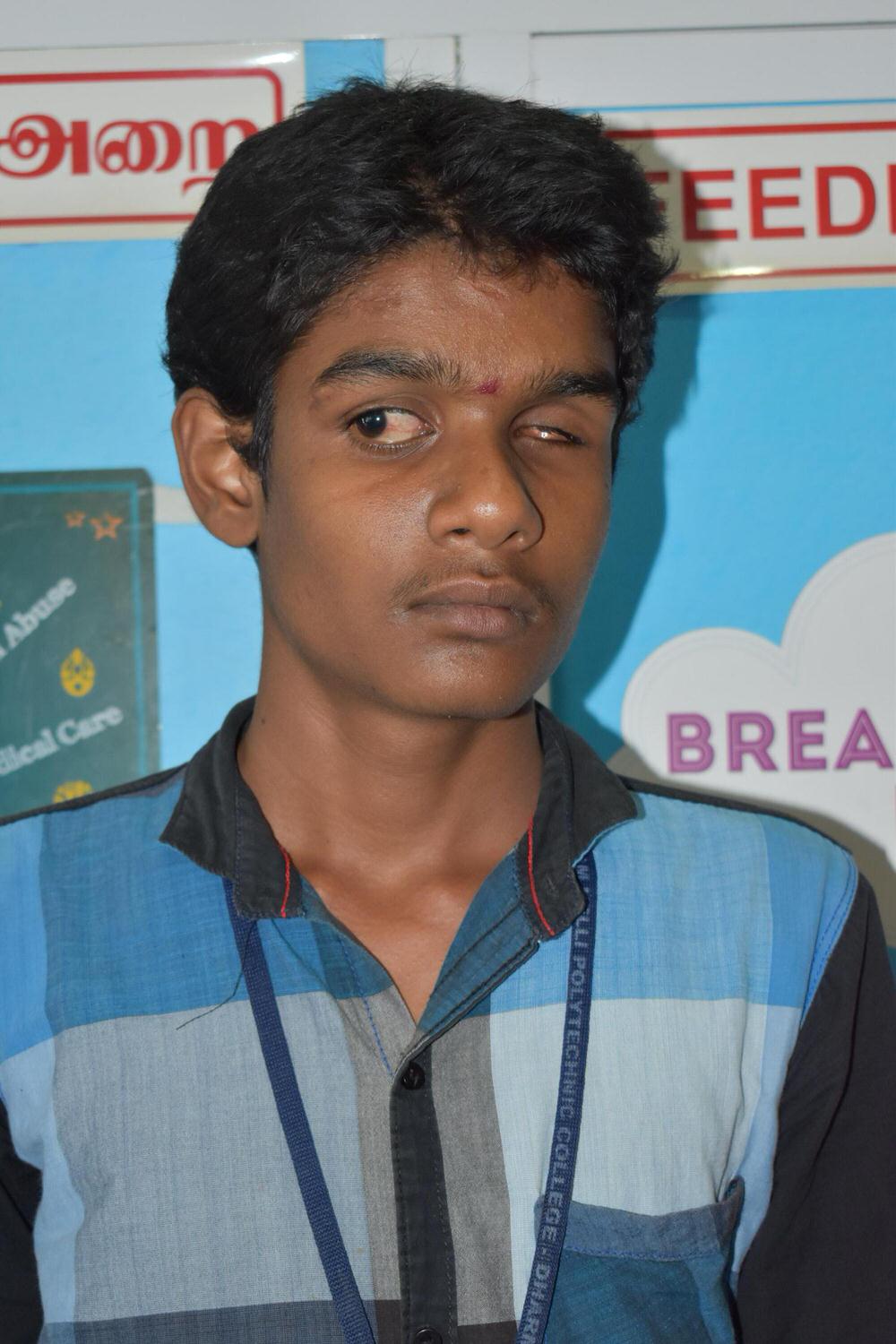 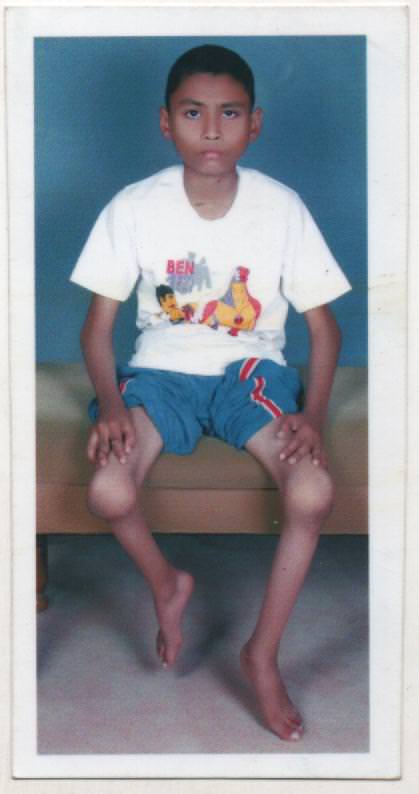 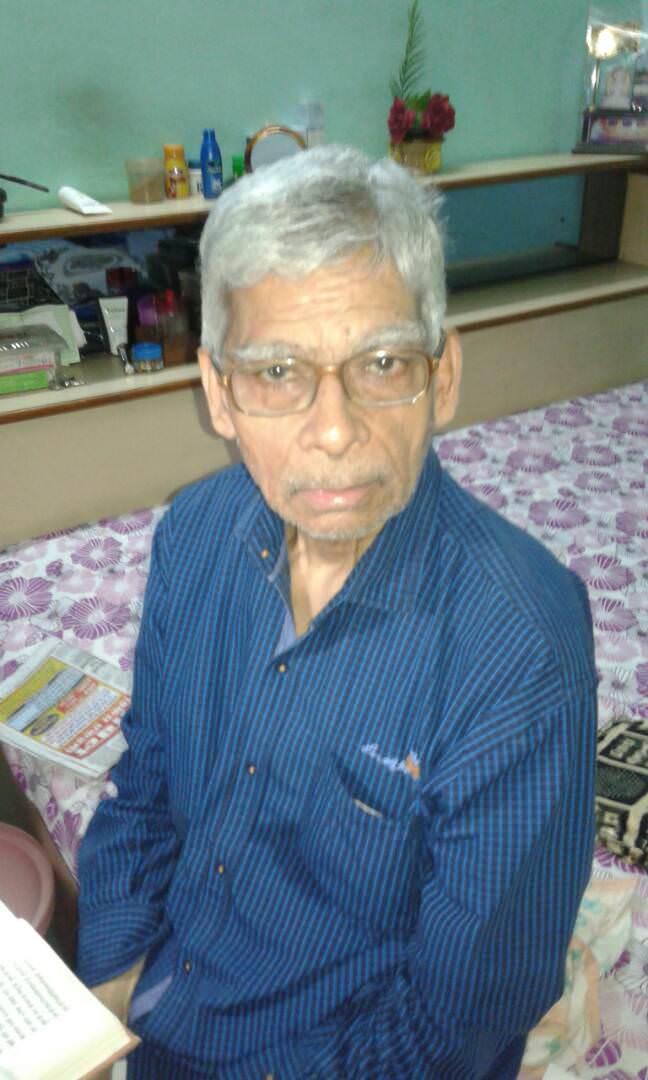 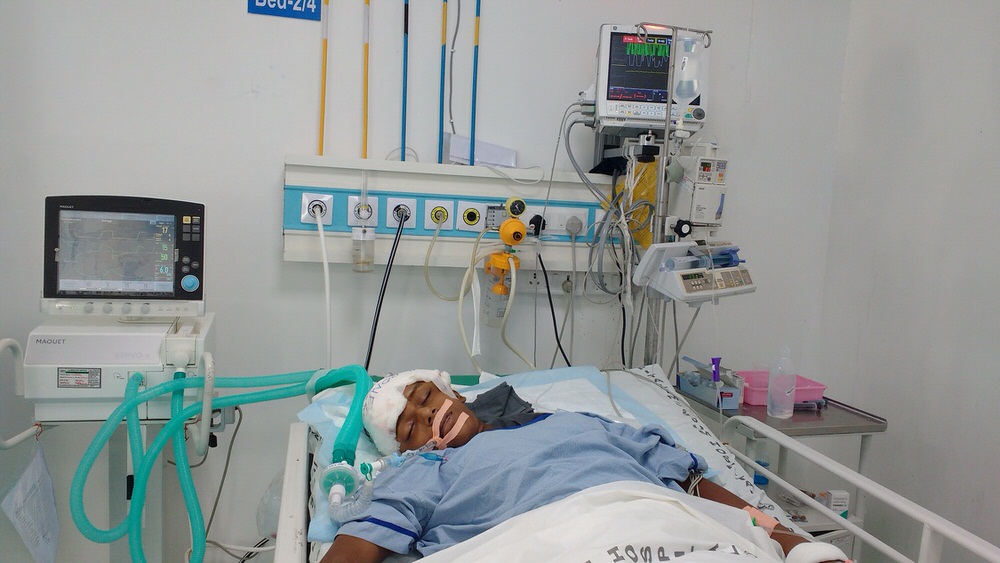 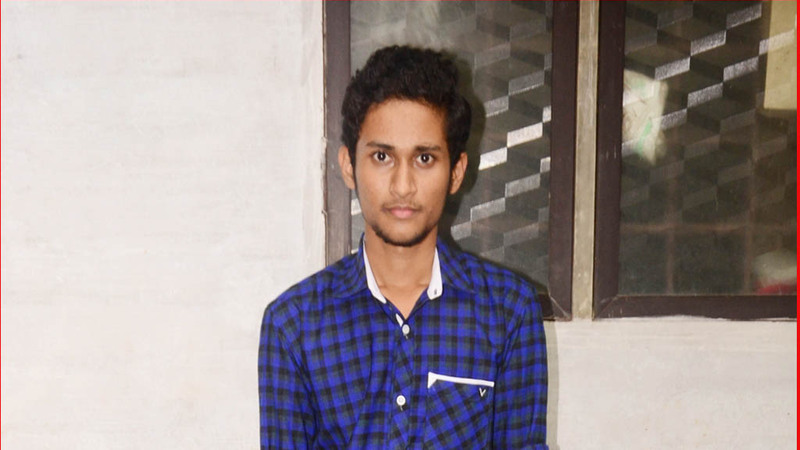 Identify poor persons & children with hemophilia from the villages of the states mentioned & facilitate their treatment by providing free AHF for home therapy (AHF to be infused at home or by a local doctor till the time the patient reaches the city/district hospital)surgeries,severe bleeds and other emergencies. Mails were sent to HFI chapters regarding the support available under the project and profiles of deserving beneficiaries were invited,beneficiaries were shortlisted on the basis of their merits and supported with blood units Anti Hemophilic factor (AHF) for home therapy, routine/severe bleeds & surgeries.More beneficiaries will be shortlisted and supported in the next quarter

Sreeraman KH is a factor VIII Inhibitor patient and a student in 3rd year B.Com. His father is a small lottery ticket vendor and mother is a saleswoman in a private local company. He has one sister who is also studying in Std IX. The family is just surviving with the small income of both the parents and to add to their miseries the had a very big loss in the Kerala floods last year as their house was badly affected.
Sreeraman has frequent bleeds from his knee & ankle joints and has to very often miss college because his parents cannot afford the expensive Inhibitor factor. Therefore, HFI provided him with 500ius of AHF from the donation given by Dr. Vijay Prakash through Give India for home therapy. With this support Sreeraman will be able to infuse this factor whenever he has bleed and will be able to go to school more regularly. This support will make a big difference to his health & studies especially during these exam days.

Sreeraman is now pursuing his final year B.Com and plans to do his Chartered Accountancy he is very enthusiastic & hard working boy who wants to live life to the fullest.

Sreeraman & his family are very thankful to Dr. Vijay Prakash for his kind support & expect the same in the future also 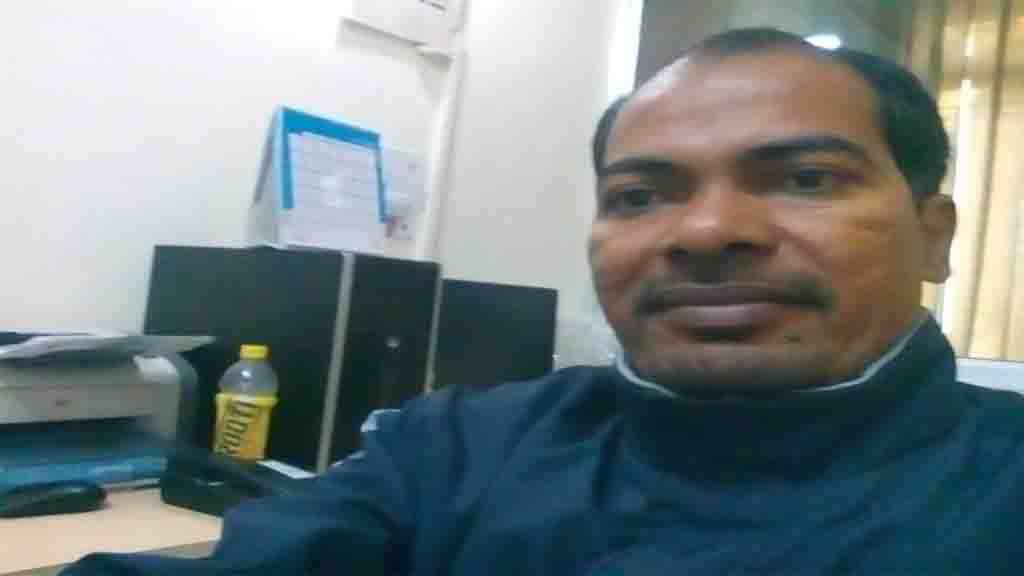 Kamlesh Kumar is a severe factor IX patient staying in Dhananjaypur - Uttar Pradesh. His father is a farmer and mother is a house wife and has no brothers & sisters. Recently Kamlesh had a severe bleeding in his right leg calf which required infusion of factor IX on a regular basis or his leg would get further damaged leading to permanent disability as his knee joints are already damaged and he limps while walking and he was not being able to work because of the bleed. With the small income it was not possible for him or his parent to afford the large quantity of expensive Anti Hemophilic Factor (AHF) IX required to stop the bleed. In this serious situation HFI was approached for help. 600ius of factor IX was given to Kamlesh from the support provided by Dr. Vijay Prakash through Give India as partial support. Kamlesh was able to go regularly to work with this support he and his family & HFI are very thankful to Dr. Vijay Prakash for his kind donation and expect the same in future also. The story of Kamlesh Pal is not just another HFI success story. It’s about how he challenged whatever life had in store, with a smile. Married with two children, this Varanasi based man was an enterprising dreamer, but a frequently bleeding Hemophiliac at the same time. Enrollment into Post Graduation and a decent job was what he wanted after he completed his Graduation with great financial difficulty, but with even greater will power. Realizing his practical dreams and the underlying determination to make them come true, HFI got Kamlesh included in the Save One Life (SOL) project. This takes care of his financial needs of his family and education. He is appearing for examinations through Board of Technical Education, Lucknow (Polytechnic). As a mark of gratitude, Kamlesh helped doctors in the care of Hemophiliacs, for he has the basic knowledge of medicine and can empathize well with them. Presently Kamlesh is working at Hemophilia Federation (India) in the resource department and is contribution to the cause of hemophilia in his own capacity. All said, the will in Kamlesh finally got a way !