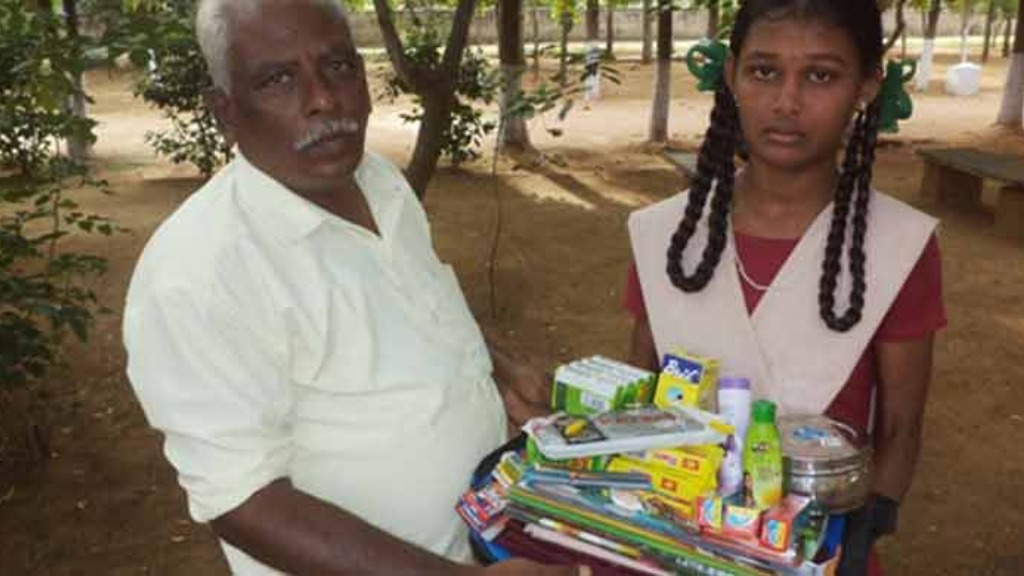 14-year-old Ranjitha studies in grade 9, in the Government High School in Thirumayam village. She lives with her mother and a brother. Her father passed away when she was an infant. Her mother works as a coolie to earn for the family. Despite her relatives' suggestion to send Ranjitha for doing household work to earn a little extra for the family, Ranjitha's mother struggled to continue her daughter's education.

It became possible with CARD's help. They provided Ranjitha with two sets of uniforms, two pairs of footwear, soap, oil, paste, brush, comb, nail cutter and other educational aid. Ranjitha now happily goes to school and makes sure to keep her uniform clean. This also helped Ranjitha's family to use their scarce resources for other needs of the family.

Your donation can reduce the financial burden of a family and be the reason for a girl child to go to school. **You can donate with confidence because every program on our platform is GIVEASSURED.

Community Action for Rural Development (CARD) has several initiatives in various parts of the country. This programme is implemented by CARD in Government-run high schools in Lembalakudi village of Pudukkottai district to increase enrollment of girl children in high school.

The aim of this programme is to motivate the economically backward parents to send their girl children to school for higher education. A list of potential beneficiaries is prepared in advance with the help of teachers. The donations help the children meet basic requirements for high school education. This reduces the economic burden on the parents.

A tailor is also sent to school to take measurements for stitching children's uniforms. The material is purchased by CARD and presented to the beneficiaries in the presence of the Head Master and class teachers.

The educational support to school children was started to help poor rural children meet their educational needs. There is a very good response among the poor parents and students. About 1000 students have benefitted from their initiatives so far. This program has even encouraged the girls to go for secondary and higher secondary education. 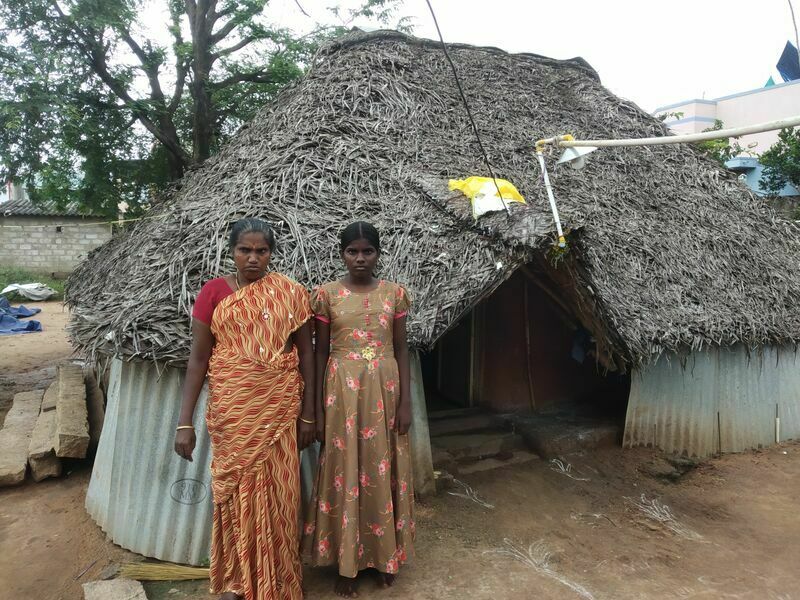 Ms. Poomathi is 15 years old girl studying 10th Standard at Ulagapper Higher Secondary School, Kadiyapatti, Thirumayam Taluk, Pudukkottai District. She is living with her father Mr. Pitchai and mother Mrs. Sellammal at Lena Vilakku village, Pulivalam Post, Thirumayam Taluk, Pudukkottai District. There are four members in her family. She has one brother and one elder sister. Her ambition is to become a teacher. Her parents are doing coolie work and they are suffering very much to meet the family and educational needs of their children.

Ms.S. Santhiya, aged 16 years, is studying 10th standard at Govt. Higher Secondary School, Lembalakudi. She is living with her parents Mr. Saravanan and Mrs. Geetha at 4/140, Arasanayagipuram Village, Thekkattur Post, Thirumayam Taluk, Pudukkotta District. Her parents are doing coolie work and they are unable to meet the family and educational needs of their children. She has one brother and one sister and they are studying in the local school. 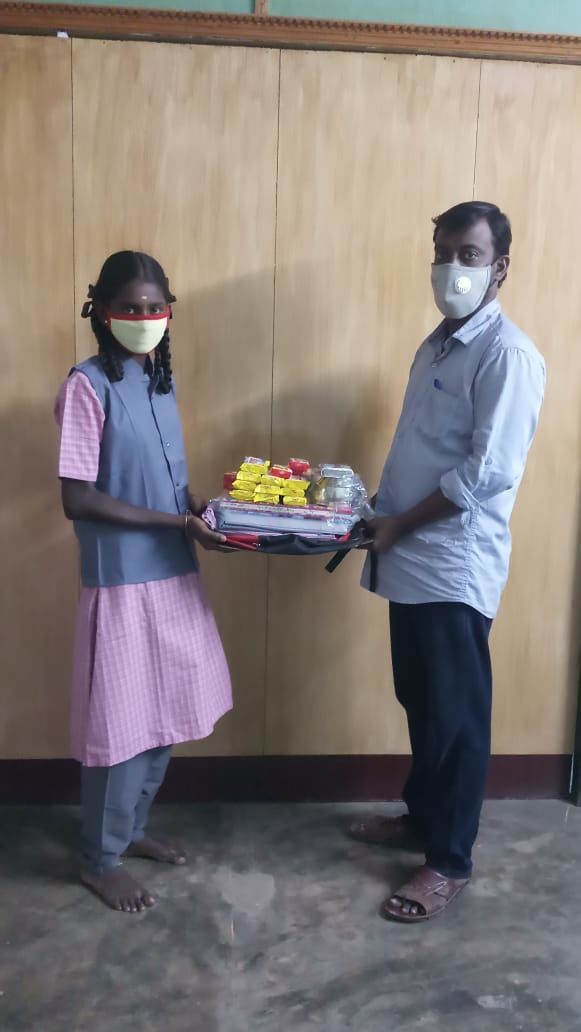 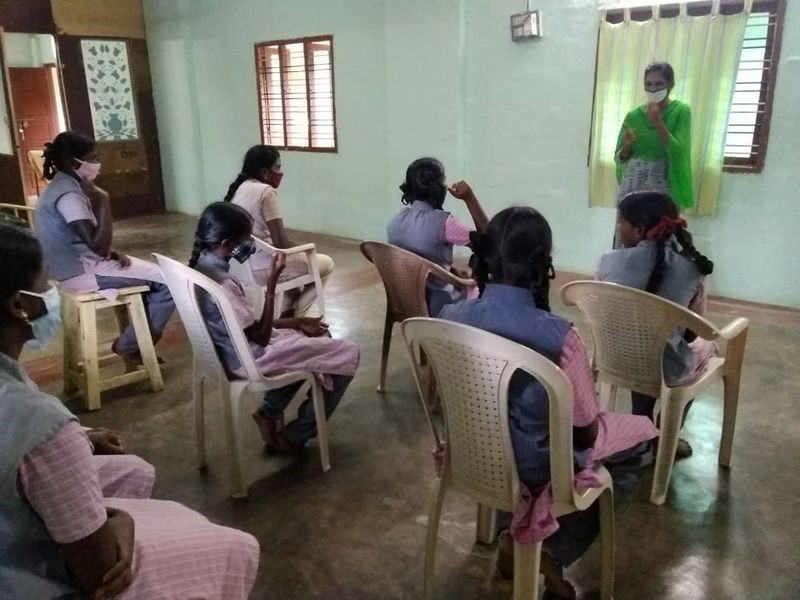 The poor girl children of Government Schools studying from 9th standard to 12th standard were supported. A model hand washing station was established in our office. The school children were given hygiene education and demo on hand washing with soap.