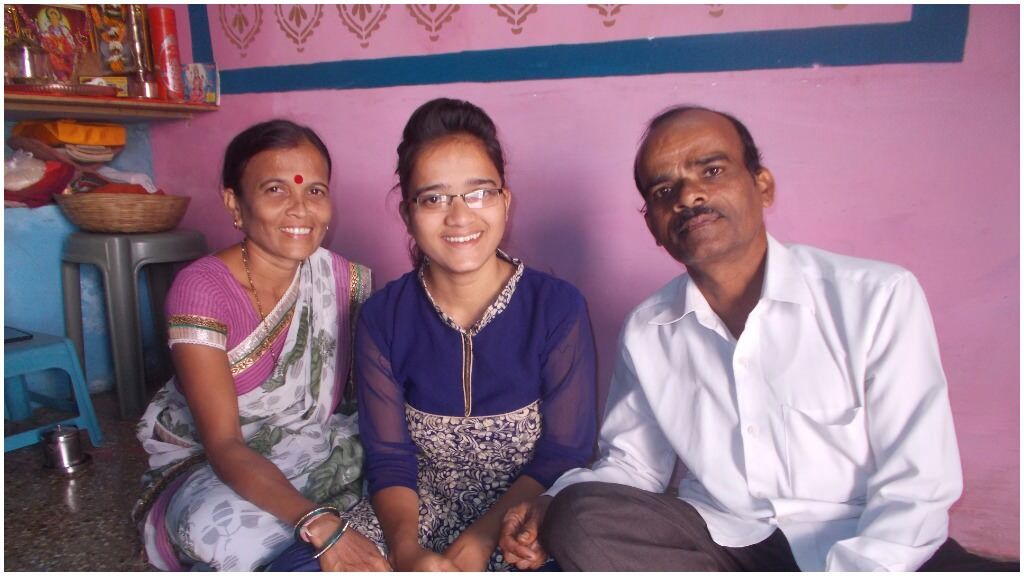 Every monthly donation helps the education of students like Vaishali

Vaishali's family made a living by making bead necklaces. She and her family used to wake up at 4 am every day, make necklaces and then she walked to a nearby municipal school in old clothes.

The municipal school had classes only till Std 8, and her family couldn't afford to send her to a private school. Vaishali almost decided to discontinue her education when she was identified by the Community Aid & Sponsorship Programme (CASP). CASP helped her secure admission without any donation.

Vaishali passed SSC with 82%. She started working and even managed to do a diploma alongside her job. She is now placed in a good job and even sponsors children like her through CASP.

The Community Aid & Sponsorship Programme (CASP) believes that no child should be left out of the opportunity of getting a basic education due to economic reasons. The program identifies children who are in need of support to continue their education and sponsors their education with the help of generous donors.

The CASP support model of Sponsorship is an aid given to the underprivileged children so that they don't discontinue their education. The aid is given as fees paid to the school while the child continues to stay with his or her family through the aid tenure.

Donation to this program supports the salaries of social workers, staff salary, felicitation, cultural activities, excursions and child-centered community development activities.By supporting this program, you help a child secure education and work towards a brighter future.

The biggest disease is not leprosy, but rather the feeling of being unwanted. Especially, when children are the victims of something that is not their fault. Maharashtra in the late 1970s was affected with Leprosy. The kids of these affected were shunned. A couple approached Social Scientist, Dr. Gokhale expressing their distress about the discrimination of their kids. Being a social scientist, Dr. Gokhale understood the importance of family.

He considered their request and began to identify donors who are ready to sponsor the education of these children. This led to the establishment of Community Aid and Sponsorship Program (CASP) in 1976. CASP slowly shaped into a national voluntary organization by supporting underprivileged children and communities. It provides sponsorship & aid for education, health, and nutrition. Mr. Pramod Kale the president of CASP has been working in the field of Community Education and Development for a very long time. His work has been recognized with Padmashree in 1984 and Aryabhatta Award in 2006 of the Astronautical Society of India.

With a mission to diversify and strengthen its organizational competency, CASP leads in developing and implementing strategies and programs. These programs enhance the capacities of children, families, and communities through empowerment, participation, and advocacy.

Moulding for a better future

Moulding for a better future

We provided Educational support to four needy and deserving children. The children are from poor financial background. They were refered by the School teachers. The development promoters of CASP Raigad unit pen visited the child's house to assess the socio economic condition of the family. Based on the assessment the child was selected by CASP for the sponsorship support. The children were given all the necessary educational support as per their need. They received notebooks, stationery, school bags, school uniform, water bottle, exam pad, poster color, school/ college fees, tuition fees, footwear, graph book, drawing book, guides of all subjects etc. The children and their families are very much thankful to the sponsors for their support to continue the education of their children. 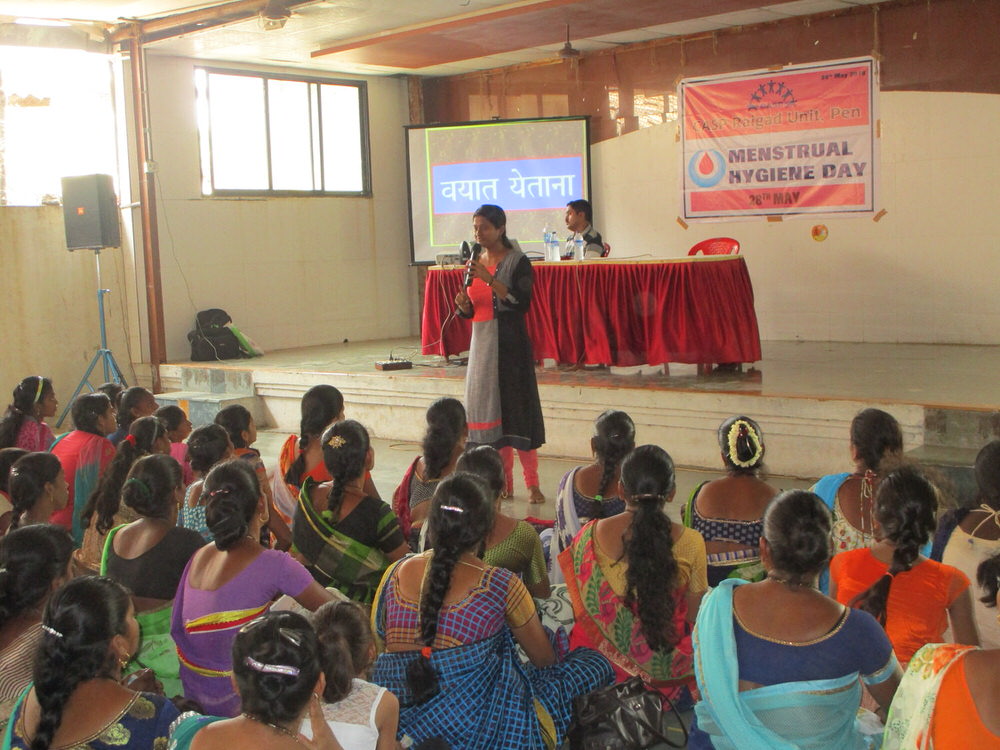 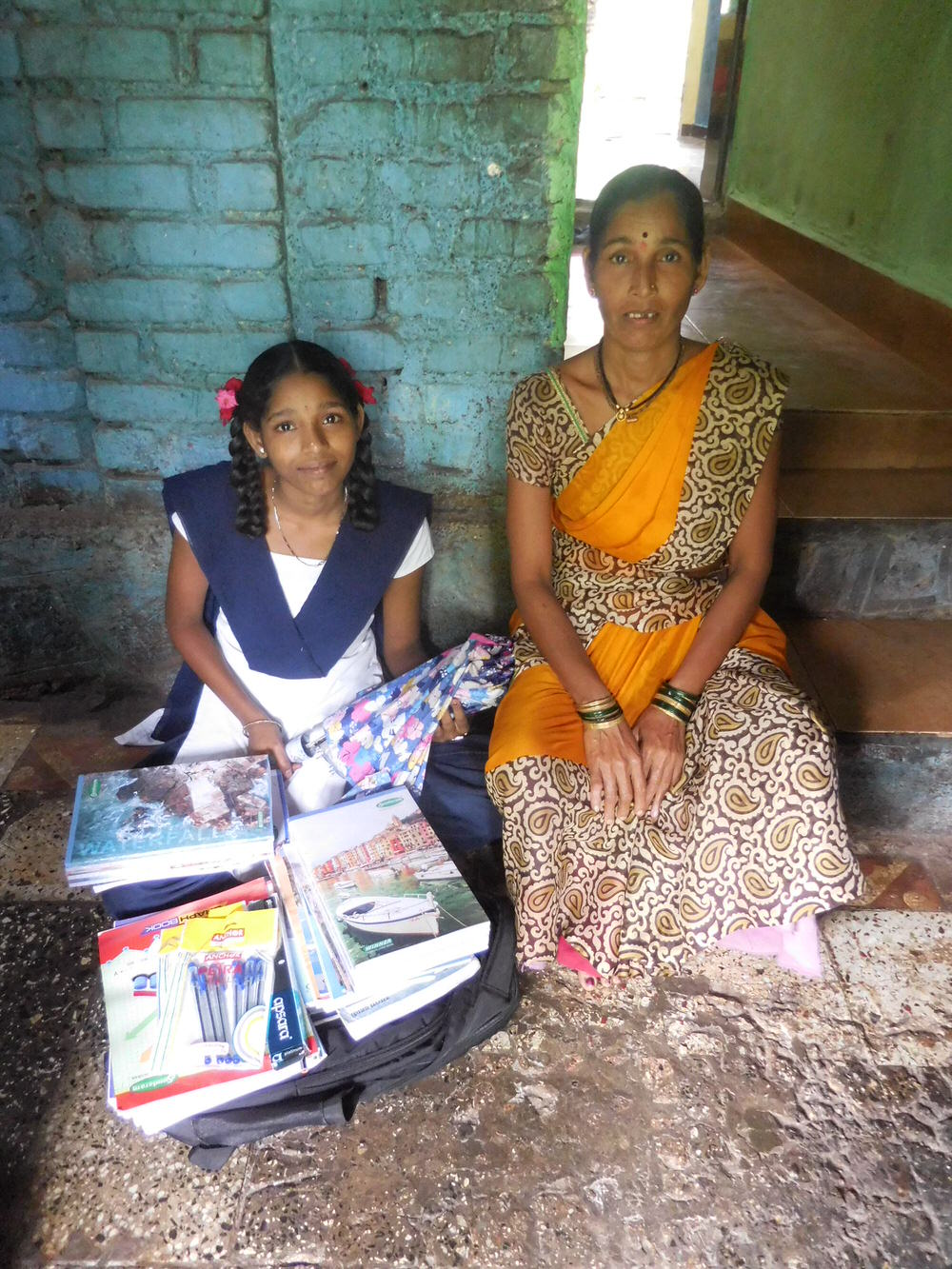 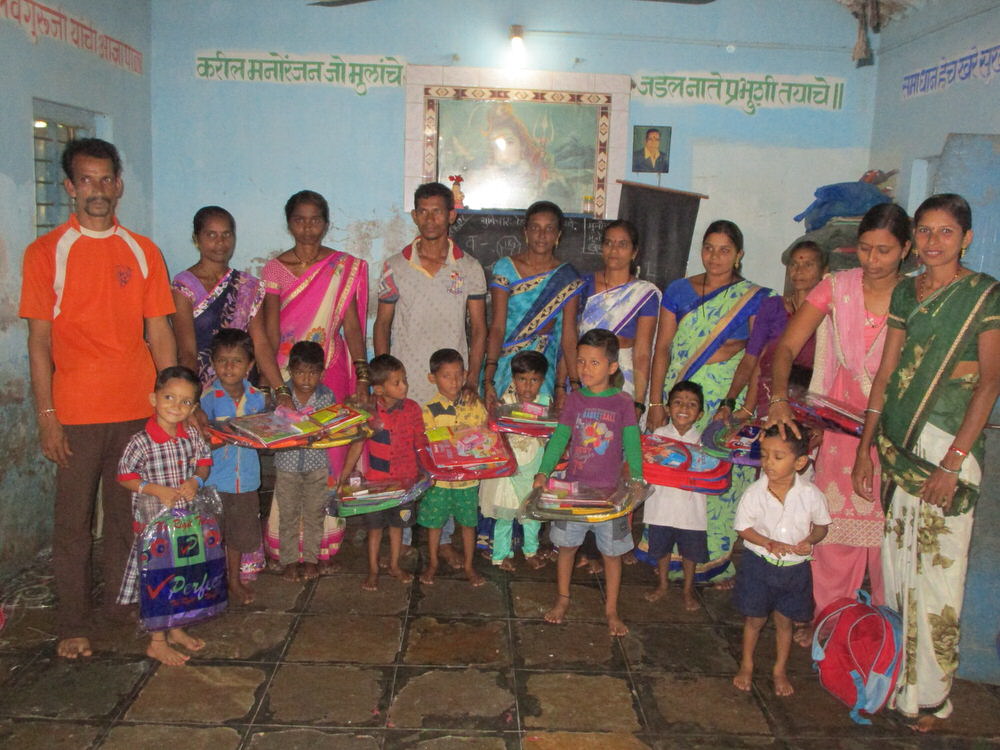 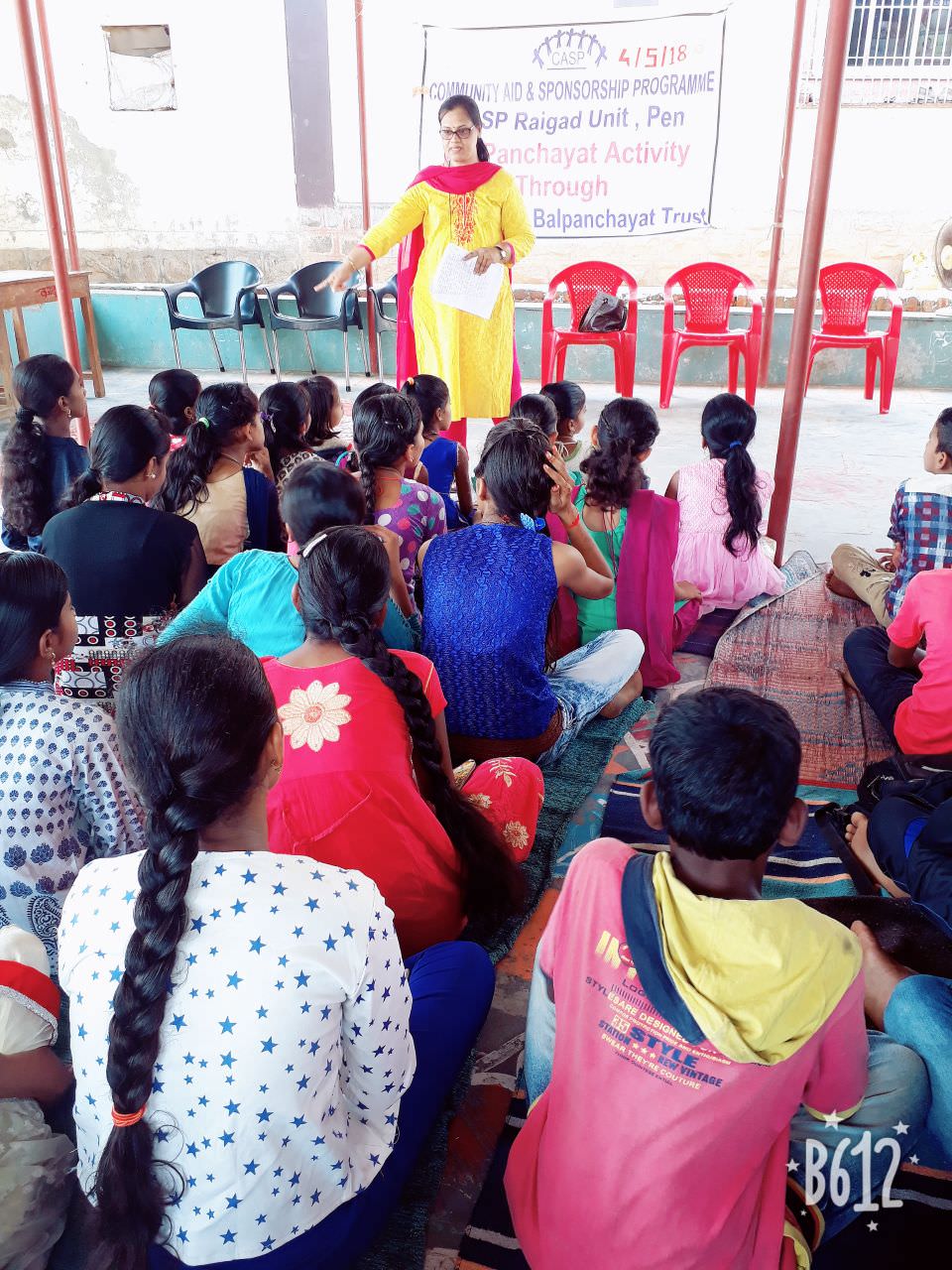 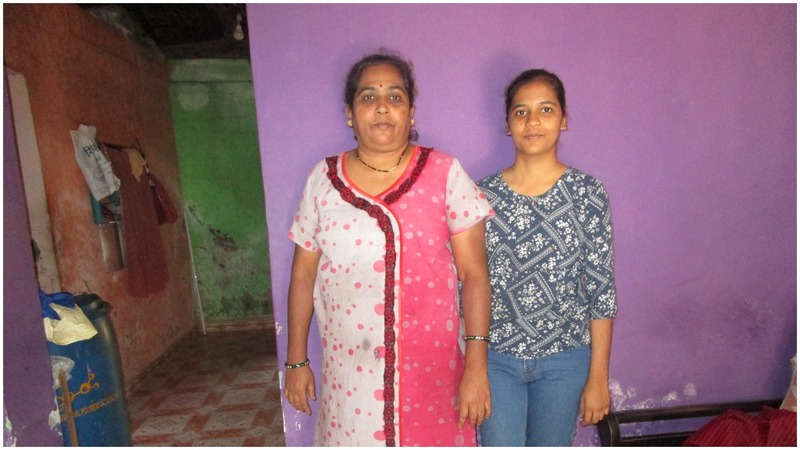 During the year, home and school visits were conducted to shortlist the needy and deserving children. These visits were conducted by the development promoters under the guidance of Co-ordinator. Cases were discussed and finalised. Educational support, which included notebooks, textbooks, stationery, sack, graph book, drawing book, colors, writing pad, partial payment of school/tuition fees etc as per the needs of the children were distributed to five needy and deserving children. The children and their families were very much thankful to GIVE INDIA for the timely support, which enabled the children to continue their education smoothly. The children appeared for their annual exams in the month of March 2019, the result will be declared in the second week of May 2019.

Aaishwarya Madhav Vichare file no:- 20728/SH sponsored by Mrs. Madhavi Dighe, She was selected for sponsorship from CASP when she was studying in IInd std. Aaishwarya stays at village Apte, Taluka Panvel, District Raigad in her own house. She stays with her parents and two siblings. Aaishwarya was bright in her studies right from her childhood. Thus the timely help given by CASP helped her to achieve her dream. Aaishwarya passed with flying colours and secured 82.50% marks in last semester of Diploma in Pharmacy. She has successfully completed her diploma in pharmacy at Bharatiya EducationSociety’s Institute of Pharmacy, Nagothane. Aaishwarya’s parents were very much overwhelmed by her success. Her father Mr. Madhav is working in a garage at Pune and earns Rs. 7000/-per month. Her mother is a housewife. She stitches clothes of others and earnsf Rs. 50/- to 100/- per day. Her elder brother Omkar and elder sister Swarupa are studying in 3rd year of degree engineering. The financial condition of Aaishwarya’s parents was not sound to afford the educational expenses of three children. Aaishwarya had a great desire of doing diploma in pharmacy. According to Aaishwarya, “My dream of doing diploma in pharmacy has completed only because of strong support of CASP. I am very much thankful to CASP”. 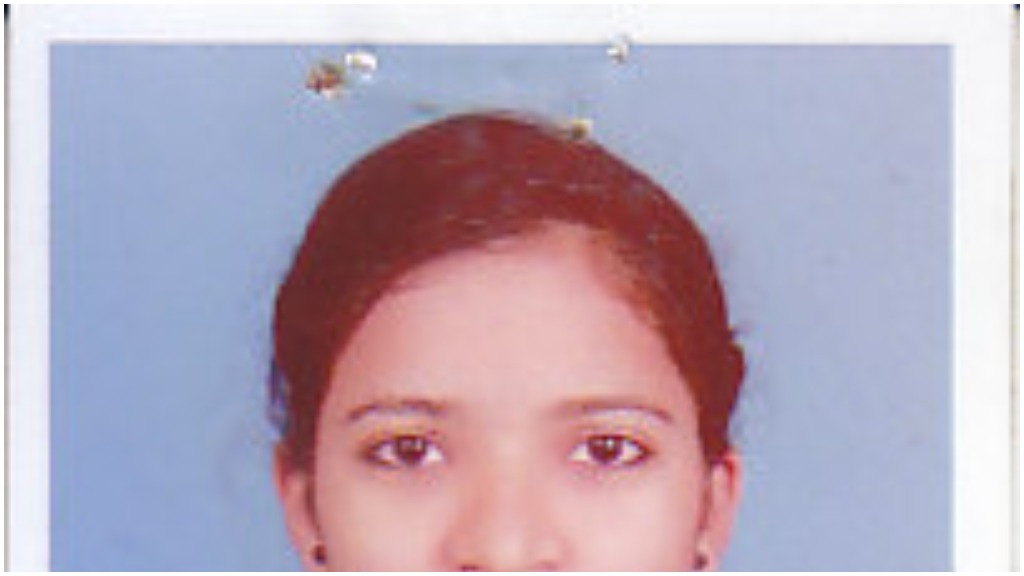 We are sponsoring 151 boys and 278 girls during the present financial year. Apart from this, CASP Raigad unit supports 71 children by running “bal sanskar varg” in three areas. 122 children are studying in primary schools and 170 children are studying in secondary schools. 133 boys and girls are studying in colleges for professional or graduation courses. All these children are given individual attention and given assistance like books, stationery, coaching fees, special tuitions, counselling through our trained social workers. Our experience of every year reveals that these children not only pass out but come in merit by obtaining more than 60% marks in their respective exams.

Pallavi Namdeo Mhatre started getting the support while she was studying in 12th std. Pallavi lives in a small remote village Lakhole Post Vadhav Taluka Pen. She completed her 12th std in Pen by commuting daily from Lakhole to Pen where the transport facilities were not good. The economic condition of her family is not so sound. Her father Mr. Namdeo works in a private company and earns Rs. 10,000/- per month. Pallavi has successfully completed her Degree Engineering in Electronics and Telecommunications with 70% at MGM Engineering College, Kalamboli, New Mumbai. Pallavi is now working at Wipro’s Customer Site ‘Lodha’ as a Remote Support Engineer at Mumbai.

Your donation will support 3 Children

4 people are currently supporting this.