Provide care and education to an intellectually challenged child by Raphael 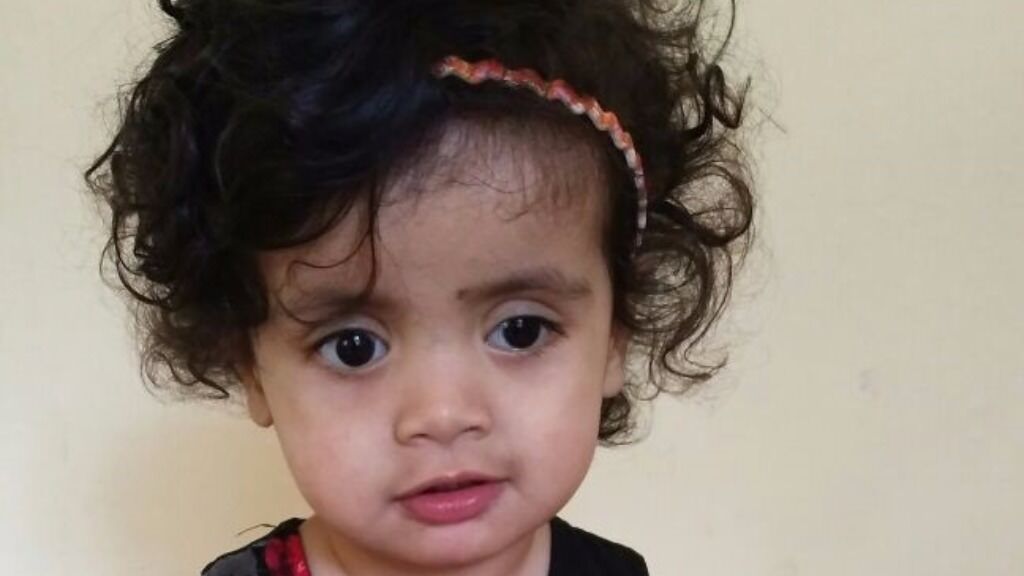 Shubani can now lead a good life despite all her struggles.

Shubhani is the youngest member at Raphael’s Early Intervention Centre. She is a two-year-old who suffers from a developmental delay and cerebral palsy.

When she arrived at Raphael she had a squint in her left eye. She also did not have proper control of her movements.

After several physiotherapy sessions, Shubhani’s state has improved a great deal. Her squint has lessened and her hand-eye coordination has increased. She is also able to hold her head up and sit for 5 minutes without support.

Subhani's mother is filled with joy at her daughter's progress. She now feels optimistic about the future of her child. With financial help, poor children like Shubhani can get the therapy that gives them a shot at life.

You could gift a young child like Shubhani the treatment that they cannot afford. Your help could restore meaning to the life of a family who feel hopeless right now. You can give with confidence because every program on our platform is GIVEASSURED.

With the primary intent of providing relief from suffering, Raphael runs the Raphael Special School for children with intellectual disabilities. During the day, the children are put into different classes depending on their mental age. Very small children are admitted to the Early Intervention Unit and are taught by special educators. The school runs from 9 a.m. to 3 p.m. from Monday through Friday.

After the successful completion of their academic course, which lasts several years, the children with the potential of learning are given vocational training are provided training for jobs. The ones who acquire a reasonable degree of skills are employed in the rehabilitative workshop of Raphael and are paid. Donations made to this program support the cost of food, healthcare, operating expenses, and personnel cost

When you donate to this program, you will be the reason for an intellectually challenged child getting access to special education.

Situated in Dehradun, Raphael was founded by renowned humanists, Lord Leonard Cheshire, and his wife Baroness Sue Ryder in April 1959. In the more than 50 years of its existence, Raphael has offered its services in varied areas for the relief of suffering.

They have worked with people suffering from Leprosy, Tuberculosis, and Intellectual impairment, touching more than 22,000 lives in the process. Leprosy cured patients and intellectually challenged residents are also encouraged to work in their Rehabilitative Workshop, for which they are remunerated accordingly. Apart from running a school and shelter home for their students, they also have a Community based rehabilitation project, as part of which they work with children in government schools.

Once the students in their residential home grow up, they are encouraged to live in a home environment under the supervision of a house parent, while they attend classes at the day center. This helps prepare them for independent living in the community.

Provide care and education to an intellectually challenged child 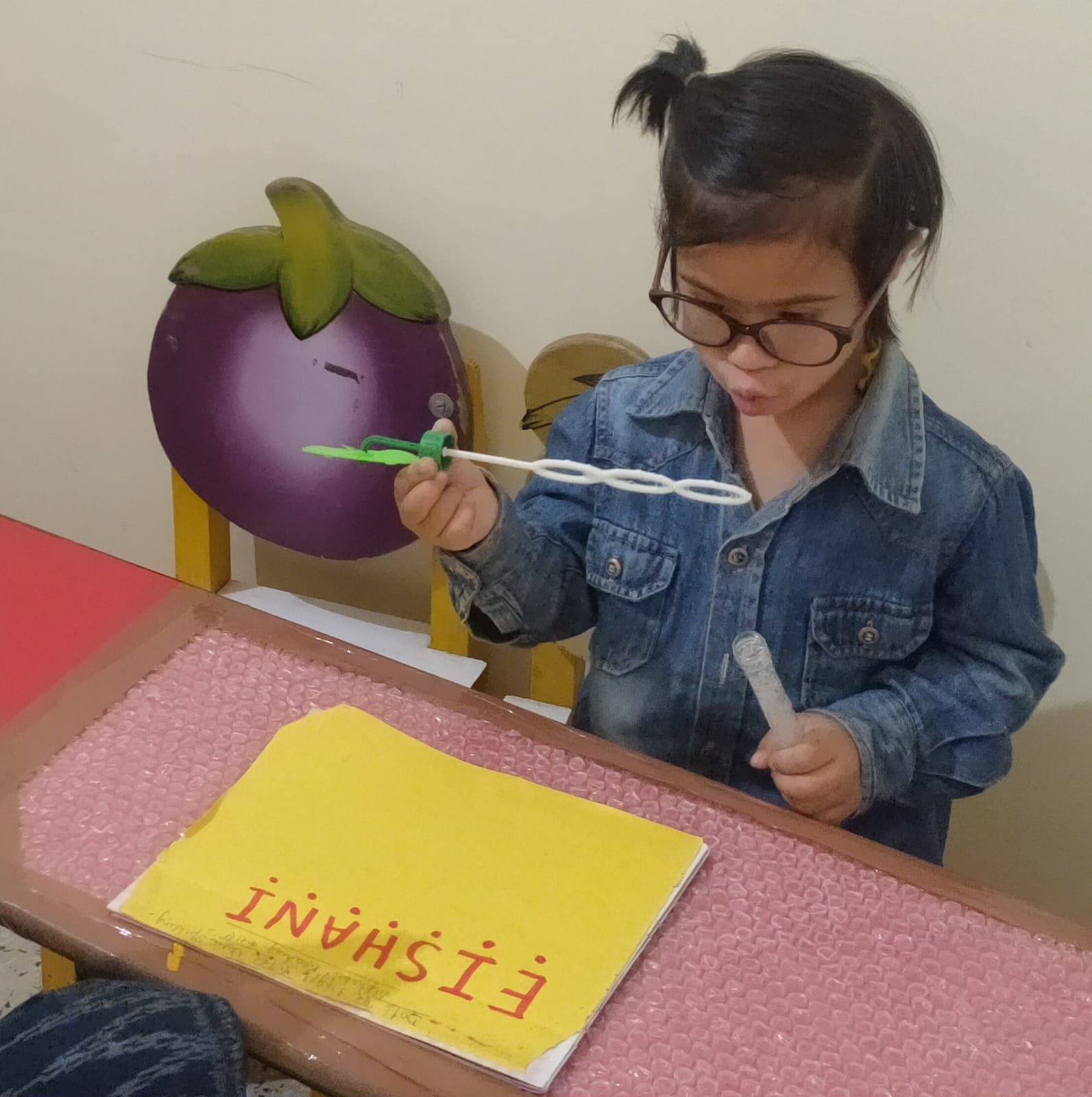 Since Uttarakhand was in lockdown from April to July 21. 93 children and young adults with a disability were reached through online sessions. No major events were possible. While using technology was a challenge for the staff and the children, a big milestone was achieved in that everyone has now become comfortable with the technology.

A major challenge has been the inability of many of our students who live in remote areas where there is no internet, poor connectivity and often the lack of a smartphone. All staff were retained and paid full salaries.

Impact story: EISHANI Eishani is a 5-year-old girl who lives in Defence Colony, Dehradun. Her father is an Ex. Army man and creative, editor and writer and his mother is a Professor in a government school. She has an elder brother. Eishani first visited the Therapeutics Department on 5.11.2020 at the age of 5 years. The assessment report suggested that he was on Down syndrome, was verbal (one-word Level) and had low vision. She was partially dependent on her Parents for her daily living activities such as dressing and toileting. She had been attending a regular school since 2019 her family wanted Raphael’s help to make her for Speech Therapy. Eishani started attending the Early Intervention programme regularly. The focus of is training is to develop Communication Self-help and Pre-academic skills. She has responded well to the programme and made good progress and improvement has also been seen in her Speech and Language skills & Pre academic skills. She attends regular school. The goal is that in the next two years she should become independent in looking after herself.

Education and training of children with intellectual and developmental disabilities. 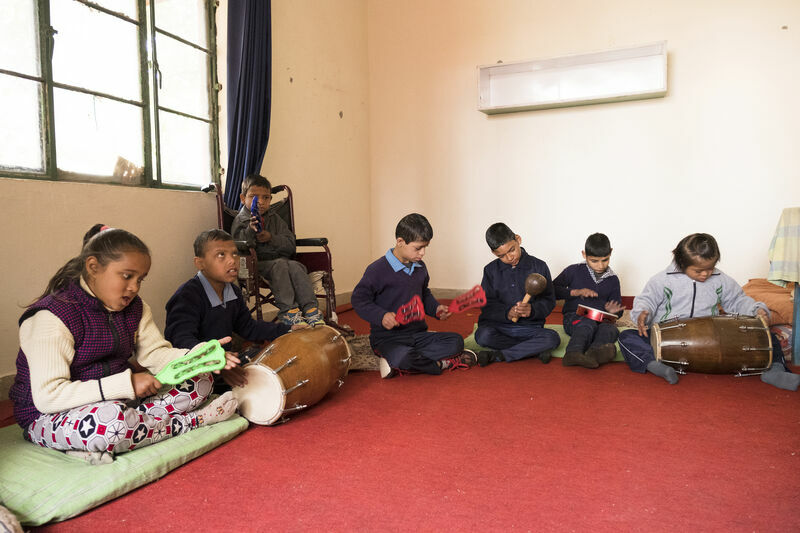 The objective of the programme is to generate awareness about Persons with Disability through advocacy; identify and assess children with intellectual & other developmental disabilities (such as, but not limited to Autism, Cerebral Palsy & Down Syndrome); educate & train children with disabilities to realise their potential. The focus of the training is on functional academics; language and communication skills; and the acquiring of daily living, house-hold, domestic & vocational skills. The emphasis, throughout, is on ‘inclusive’ learning and activity. 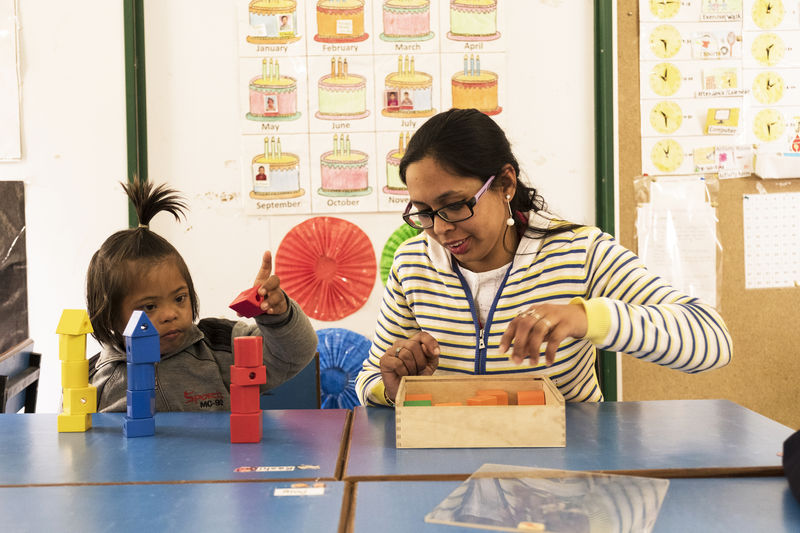 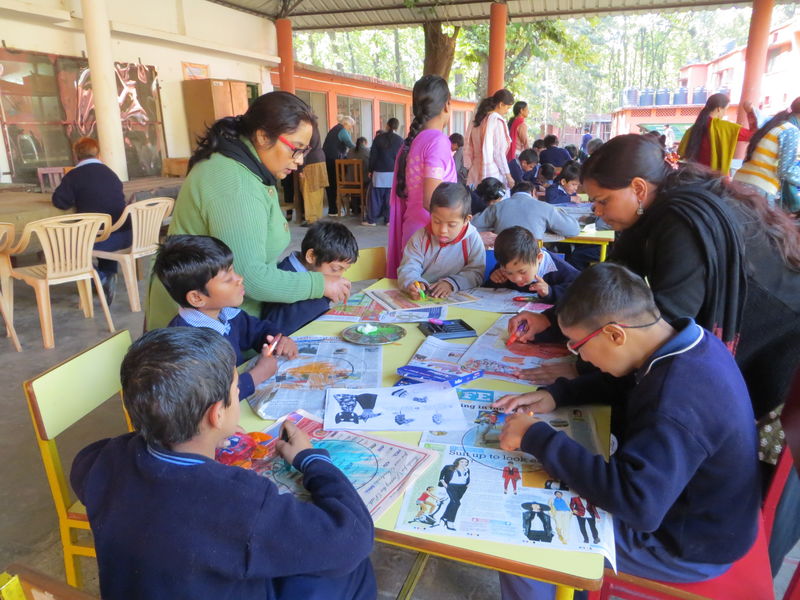 The students took part in a cultural programme where they performed a group dance. Children’s Day was celebrated and the children played games. All the students were taken for a picnic to a forest which they thoroughly enjoyed. On the occasion of World Disability Day, some students went to the zoo and some went for a picnic to a park. Big Bazar had a special shopping day for children with disability and some students went to purchase snacks. Special Olympics Youth Foundation programme was hosted at Raphael for children in the age group of 2-10 years and some of our students took part.

Children with mild and moderate intellectual disabilities come to Raphael day school daily. The Day School caters to children upto the age of 18 years. Children in the ager group of 0-6 years receive early intervention services 2-3 times a week. There are usually 8-10 children in 1 class, each managed by a special educator. The daily activities include training in self-care, domestic functional academic and social skills. Physiotherapy and speech therapy session are provided to those also need it. An individual education programme (IEP) in made for each student and regular parent counselling is done. Some students may be placed in vocational training activities after graduating from the day school. During the day, these children are put into different classes as per their mental age. The age group of these children varies from less than one year to 18 years. Very small children attend the Early Intervention Unit, also a part of Special School. The education and training is conducted by special educators (not more than 10 in a class). The school remains open for 10 months in a year and the school timings for the children are from 9 AM to 3 PM. After the initial academic classes lasting for several years, these children with potential to learn some skills are put into vocational class and after they acquire certain degree of skill in a particular activity, they are put through on the job training.

(a) Residential Unit - 88 (b) Day Scholars - 49 (c) Lifelong care in overall figure - 94 (i) Above 18 years - 25 (ii) Below 18 years - 7 During the quarter, eight students left as they had completed their training as per the individual plan, and four new admissions took place.

(i) Raphael celebrated India’s Republic Day on 26th January. The students sang a patriotic song and did a March past after the flag hoisting ceremony. (ii) The District Early Intervention Centre (DEIC), located at the local hospital conducted an awareness workshop on the services provided by their centre on 30 January 2019. It was attended by 46 teachers and teacher trainees. (iii) On 23rd February, 10 students participated in sports activities organized by Jyoti Special School, Rishikesh where six students won Silver and Bronze medals in the 100 and 200 meter relay races. (iv) On 23 February, the local Red Cross Society held a workshop on giving ‘First Aid’ to children suffering from epilepsy. They gave tips on handling children having epileptic fits and seizures and also gave information about immediate aid to a child who has hurt himself/herself before being taken to the hospital. This was attended by all the staff. (v) On 28 March, a campus cleaning campaign was initiated and all students and staff joined hands in this drive to keep the campus clean. (vi) 22 year old Kamil lives with his parents and five siblings in Mehuwala, on the outskirts of Dehradun. He was selected to take part in Basketball in the International Special Olympics held in Abu Dhabi in March this year. He was accompanied by Kishan Rana (Sports teacher) who had coached him for two years. Kamil got a bronze medal at the international games and we are proud of him. His father could not stop smiling!

Sachin Barthwal joined Raphael Day School in the year 2007 at the age of 10. He is intellectually disabled with mild cerebral palsy. He was admitted in primary class where he did well. Thereafter he was promoted to academic class and trained in academic, functional, domestic and vocational skills. As his understanding level was good, in the year 2014 he was placed in Doon Girls School, Dehradun as Gardner trainee under supervision of their Gardner. After 2 months he got salary from the school. Recently, he was honoured as Best employee for the year 2018-2019 for his good work. He is doing his job with full dedication and honesty.