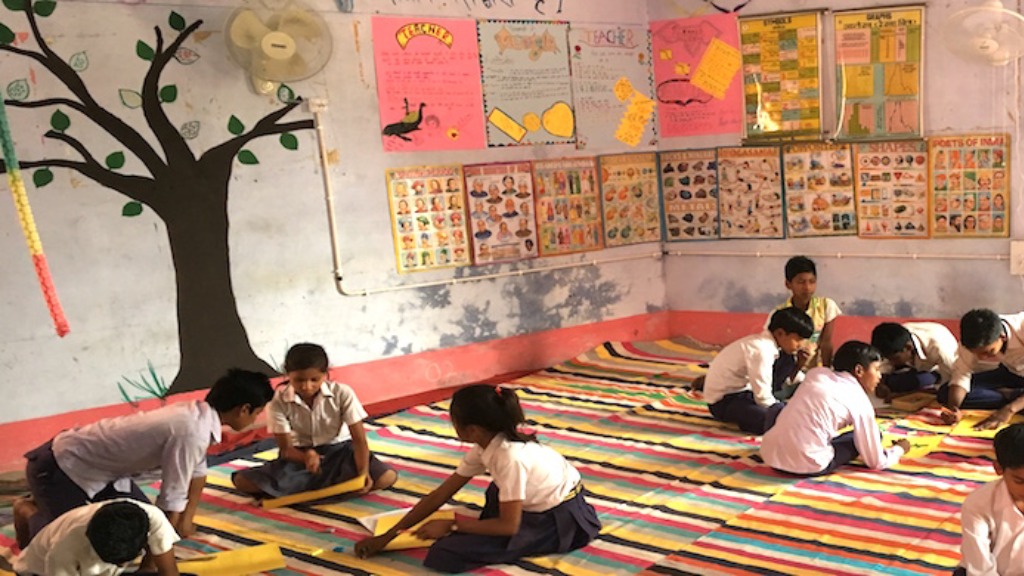 Chhotu on the way to achieving big!

Chhotu studies at UMS Tirapurvi in Samastipur, Bihar. His father runs a small bike repair shop right next to his school where Chhotu used to spend most of his time. Though both of his parents are illiterate, they want their son to get a good education. But Chhotu was never interested in studies and hence he hardly used to attend school. When Quest Alliance's program, Anandshala started in his school, his attendance and behavior were assessed. His class performance and work obligations were also evaluated. To make sure that he does not drop out of school, he was put in the 'special focus' category and the team immediately started working to improve his assessment.

Chhotu took time to develop interest. Initially, he only used to go for sports sessions but slowly he started enjoying his time with his classmates and teachers. As a part of the Anandshala program, he was encouraged to participate in other enrichment activities like arts, crafts and body movement. The team found out that Chhotu enjoys painting and they motivated him to experiment further. His self confidence improved and he also showcased his talent at the parent teacher meeting and at few external events.

His father shared. "I have spoken to his teachers before but we could not find any way to make him interested in going to school. He used to sit in the shop and look at his classmates playing all day. Noticing his interest in games, the Anandshala team asked him to join the sports group once. He started going for the same and slowly he started attending his other classes as well."

Anandshala is making an honest effort to build interest among children like Chhotu to attend school. Support their efforts and help them continue to educate another child. You can donate with confidence because every program on our platform is GIVEASSURED.

Anandshala's objective is to ensure that every child stays, engages and learns in schools. They foster positive relationships between school, parents and children to create a learning environment for the child.

* The curriculum is designed to equip children with 21st century skills like critical thinking, collaboration, leadership and communication

* The program also focuses on different learning mediums like arts, crafts and sports

The Quality education and Skills Training - QUEST Alliance focuses on research-led innovation and implementation of high-impact projects in the field of teaching and learning. They engage with Government schools, community colleges and vocational institutes, to help them adopt ICT-enabled educational solutions.

Founded in 2005 as a program of the International Youth Foundation - IYF, and financially supported by the United States Agency for International Development -USAID, they help educators and educational institutions drive the use of technology in teaching and learning.

There is a significant disconnect between India's basic education system and the needs and opportunities of its emerging economy, which highlights the need for greater emphasis in linking learning with livelihoods. To bridge this gap between education and skills, Quest Alliance designs scalable and replicable solutions across four major programs to enable self-learning for young people between the ages of 10 and 35 years.