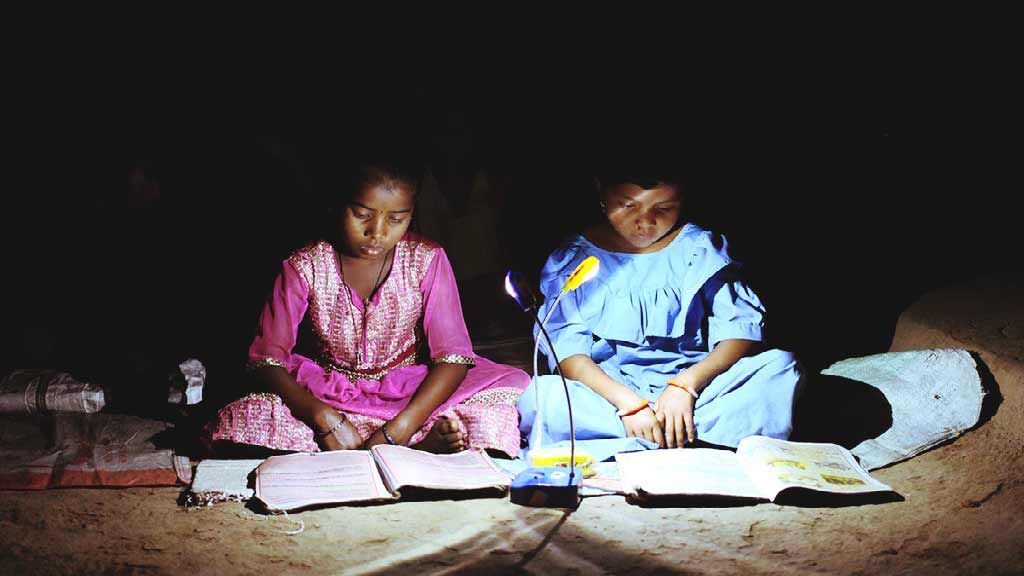 Sarita Devi, a poor landless laborer from Raily, Bihar has three school-going, children. As power supply to the village is erratic, the only option for lighting is kerosene lanterns. Kerosene, however, is not easily available and the fumes are very unhealthy to breathe.

Due to these challenges, they suffer to do even simple chores like cooking, complete schoolwork etc. Balajee Sewa Sansthan noticed this and provided them with a solar lap. They were trained on how to charge and use the lamp appropriately.

A simple solution like this has brought a huge change in the lives of Sarita Devi's family and they no longer live and work in darkness.

Many villages in Bihar have erratic or no supply of electricity. Even the villages that have electricity sometimes do not have power supply for days at a time.

Solar power can reduce dependence on unsafe kerosene lanterns. Balajee Sewa Sansthan works in these areas and helps poor villagers by distributing free solar lanterns. The poorest people from each village are identified and given free solar lanterns as well training on how to use and maintain them.

When you support this program, you will be bringing a family out of darkness to light.

Things just don't happen automatically, you have to make them happen" quotes the main force behind the planning, management and operations of Balajee Sewa Sansthan (BSS). BSS was started in the year 2002 by joint efforts of some friends. With a commitment to work for the poor and disadvantaged people in north India.

BSS's promoter and Executive Director, Mr. Awadhesh Kumar is well versed when it comes to the field of livelihood generation, micro-finance, and co-operative promotion. Mr. Kumar was the Director of Finance & Accounts and earned valuable experience in financial management. He is acknowledged for his leadership and communication skills together with excellent team supervision. His enormous experience in the preparation and implementation of challenging development project in interior rural areas is being well utilized in BSS.

BSS believes that every life has equal value and right to live with dignity. Their belief takes them towards serving fellow human beings with utmost dedication and compassion. As Mr. Kumar says, "It's not just the end that matters, but also the means," the organization is recognized till date for its work in several projects and its capability to reach and meet every need. 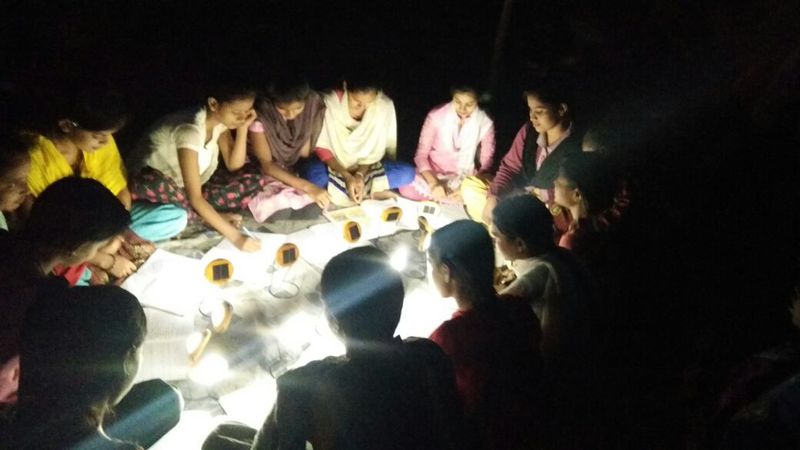 Balajee identifying the poorest people from a village and distributed solar lanterns. It’s also very helpful for the laborious students who were facing problems of lack of light in evening and night study. We have distributed the solar lamp among the school going children, poor family who is using kerosene lamps and who is coming from underprivileged poor family of Bihar as details given below.

In the last quarter 180 Solar lamps have been distributed among poor girls students of rural area in Patna and Bhojpur (Ara) district of Bihar mainly to replace kerosene lantern and lamps. . School going children could now study more efficiently in bright light of the solar lamp. The low cost solar lanterns have received great response in rural area in Bihar where power cut is too frequent. The solar light has brought brightness to the lives of many who were used to cook in dim light of kerosene lamps. With the solar lanterns, they can easily travel even in the nights for agriculture work. It can be used for study purpose too in villages.

Happy to receive the solar lamps

Happy to receive the solar lamps 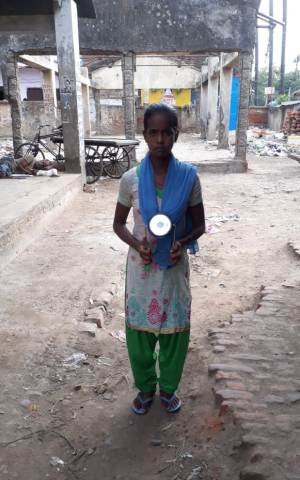 Supply of electricity to the towns and villages is erratic and available for few hours in our working area of Bihar. There are still many villages where electricity has not reached. And in the villages having electric connections, power comes only for a few hours in a day and sometimes it doesn’t come for days together. Poor People are forced to use oil/ Kerosene lamps. Solar power can supply them electricity at night thus reducing dependence on kerosene/oil. The lamp shall not only light their homes, but it can charge mobiles. Balajee identifying the poorest people from a village and distributed solar lanterns. It’s also very helpful for the laborious students who were facing problems of lack of light after sunset. We are distributing the solar lamp among the school going children, poor family who is using kerosene lamps and who is coming from underprivileged poor family of Bihar, from more than 3 years now.

In the age of super technologies can you Imagine living in a world with no light when the sun set. This is the life of millions of Indian, mostly the rural poor population. Rupa Kumari, a girl aged 13 of Maner village in Patna, Bihar is one such girl out of those million people who do not have access to Electricity. The Girl and her family typically rely on kerosene lamps, and other unsafe light sources, which can lead to burns, injuries, poisoning and other destructive risks, as per our findings. The girl belongs to an underprivileged family where she has to work in fields for their family livelihood after her school hours. The girl does not get enough time to study during the day. The only time she left is evening, but she do not have available light source after sunset, which make her suffer her studies. Realizing the need for a more efficient energy source, Balajee Sewa Sansthan, a nongovernmental organisation has offered a solar lamp to the girl. After getting the solar lamp the girl can utilize her time after her work, which she was not able to utilize before. The solar lamp has brought balance between her work and studies. Now, The girl can study and support his family too.

Your donation will support 1 lamp

11 people are currently supporting this.