Help women stand up against domestic violence by Majlis Manch 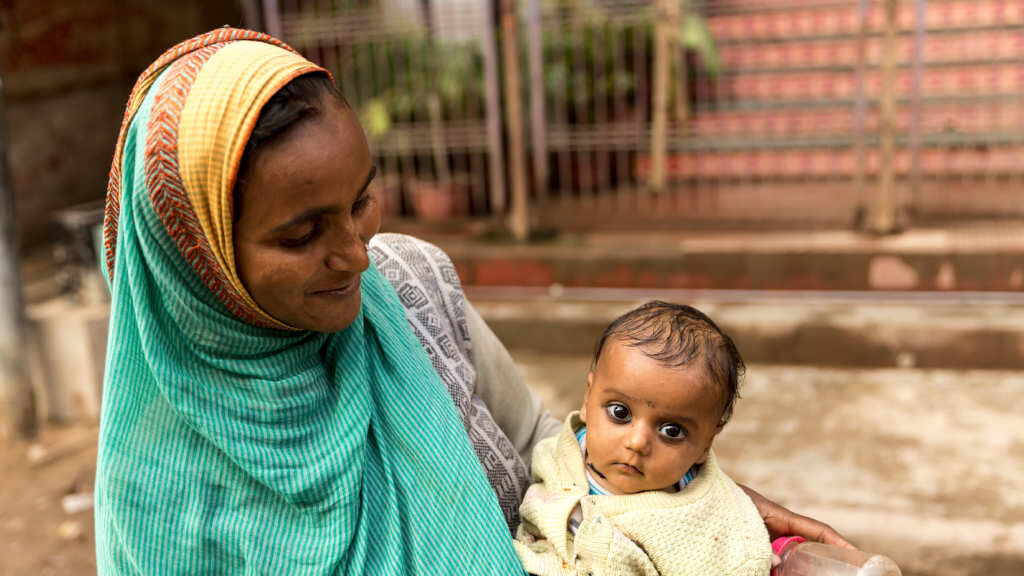 Amina was married to Abdul.** After her wedding, she came to know that he was unemployed and hardly earned anything. He spent his days as a local goon.**

He never provided for the family. He started to harass her for dowry. As Amina and her family could not give in to the dowry demands, he started to physically abuse her. Soon, her in-laws also started to abuse her.

She suffered all the abuse silently. In the course of time, she got pregnant. Throughout her pregnancy neither Amina husband nor her in-laws cared for her. After a hard pregnancy, she gave birth to a baby girl who she named Rubina.

After Rubina was born, Abdul abandoned them. With nowhere to go, Amina moved to her parent's home. Amina now glad that she was out of Abdul clutches, decided to raise Rubina herself. She started working. She enrolled her in school and was determined to give her an education.

Life was going by until one day when she returned from work and spotted Abdul playing with Rubina!

Worried about their safety, she contacted Majlis. Majlis intervened by filing a police complaint against Abdul. They moved the court for urgent injunction orders restraining him from taking Rubina.

At court, Abdul contended that after 7 years Amina could not claim maintenance. Majlis retaliated that there are no time limitations on her right to claim maintenance under Domestic Violence Act, 2005.

The court passed positive orders in Amina favor for maintenance, custody, and protection.

Now Amina and Rubina are finally free and safe from Abdul.

With counseling and legal assistance domestic violence victims like Amina can regain their confidence and rebuild their lives.

Your help can transform many more lives like those of Amina. You can donate so that underprivileged domestic victims get legal aid. You can give with confidence because every program listed is GIVEASSURED.

In the first response, the all-women team of lawyers and social workers meets victims and understands their needs, offers legal consultation and presents them with the pre-litigation and litigation options available as well as the pros and cons of their case.

Documents, procedures, and processes are explained to them so that they can take an informed decision.

The survivor is informed about the availability of legal services, public & private schemes such as shelter, education, medical, legal aid, etc.

Further legal help is also given as required in the case. Donations to this program will be used for legal documentation and processes expenses as well as personnel salaries of lawyers fighting for sexual violence victims.

When you donate to this program, your help will ensure that the domestic violence victims have access to lawyers who will fight for them.

Majlis Manch is a Public Trust and an NGO headed by renowned Advocate and Women's Rights Activist, Flavia Agnes.

Majlis started in 1991 as a response to a growing need for lawyers with a gender perspective who are dedicated to evolving innovative legal practices to defend women's rights.

Majlis had started by providing legal support and guidance to women facing domestic violence to access their rights and pursue justice in courts. They further extended support to women and child victims of sexual violence as well as sexual harassment at the workplace.

They are also involved in training, research, campaigns, and publications on issues concerning violence against women and children. They work to demystify laws and make them accessible to judges, lawyers, prosecutors, police, NGOs and other government and non-government representatives and most importantly, to women themselves.

The broad categories of their programs are as follows: 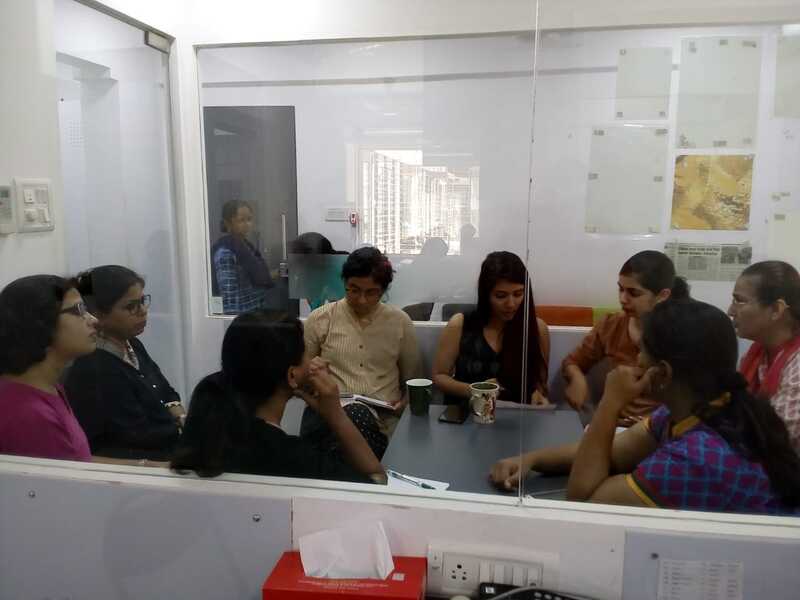 1) On 5th January 2019, Santosh Shinde was invited to speak with Majlis team about the Juvenile Justice Act. He is member of the State Commission for Child Rights and former Child Welfare Committee member. He clarified misconceptions about the same in a lucid manner. 2) Organised monthly meetings with partner organisations working in the area of child sexual abuse like our team and the Childline Foundation had a meeting on 5th March 2019. The agenda was to update case status and discuss strategies. Discussed challenges faced by them with stake holders under POCSO Act and IPC in relation to cases of child sexual abuse. 3) On 18th March 2019, Majlis conducted Police Training on 'Protection of Children from Sexual Offences Act 2012' at Thane Rural.The aim was to facilitate capacity-building of officers and constables, appointed as members of the POCSO Special Cells at every police station. The focus of the training was to ensure that participants were acquainted with legal knowledge and best practices to be followed at the time of registration of FIR, recording of victim statement, and investigation. Participants were sensitized to ensure that the comfort, dignity and best interest of the victim is upheld at all times.

This is the story of Anjali a lady in 30's who was a victim of domestic violence.The reminiscence of her case is as follows; She had an abusive husband who claimed himself to be a practicing Brahmin pundit, but had none of the traits. He was so appalling that he used to make her lick his spit. His abuse extended so far as to even beat and rape her in front of the child. Anajli’s husband neither provided for her daily expenses nor their child. He would often threaten to kick them out of the house. When she tried to work and earn some money, he again beat her. Neglect, humiliation, violence and abuse had been a part of Anjali’s everyday life.
Even though the violence kept increasing, Anjali’s spirit was unbroken. She started looking for help and went to multiple NGOs and the police. Through an associate NGO, Anjali came to Majlis in 2014 to claim legal recourse. We filed Anjali’s case under the Domestic Violence Act of 2005 to obtain protection, maintenance and residence reliefs. We advised her to return to the self-owned house with assistance from the associate NGO. We secured protection orders, but by then her husband sold the house to an old man and his son, and threw out her belongings from the rented premise. Along with the associate NGO, we urged Anjali to return to the self-owned house, where the associate NGO stayed outside the house day and night to ensure her safety.
This was one of the most contested litigation for a poor lady considering as many as 9 cases were there. With the help and support of Majlis she managed to sustain this kind of harsh litigation. Her husband used every single trick in the book to prolong the litigation and harass Anjali. He even went so far as to modify his contention of abuse from our client which caused injury to his eye making him unable to work. His fabricated medical proof from private medical did not stand in court. The court saw through his fictitious allegation and passed an order in our favor. He went and appealed against this order. During the course of these proceedings he filed Habeus corpus when she sent their son to the village for his well-being. Later in the trial court he did not appear, and on the arguments from our lawyers, the court proceeded and closed his cross to which he again filed an appeal. This was disposed off in our favor in 3 dates again over a period of a month max. This did not end here. He took the matter to HC. We pleaded to the trial court to proceed as he had not secured any stay as per Bombay high court guidelines on DV. The court proceeded and passed final orders on 3 April 2018 giving reliefs in our favor. The 4 year long battle against her husband’s didn’t end here. He filed an appeal again on the pretext of not getting an opportunity to defend himself. The matter is pending and he recently asked the court for the matter to be referred for mediation just to stall our execution proceedings. He did not press on his stay application for time being as that would mean he has to pay an amount in court to proceed with appeal. He even tried playing the Brahmin ploy and the court clearly stated it did not care if he's a Brahmin, a Hindu, a Muslim or a Dalit and the court stated that mediation will not affect proceedings in any court and we can go ahead with execution process. This was a great thing as usually courts stall proceedings. However this matter will take long. With the help and support of Majlis she managed to sustain this kind of harsh litigation. We also have seen her empowered in the process with a lot more faith and confidence. We don't see those tears any more in her eyes. That's a victory for us.

Attached is a photo from our office

9 people are currently supporting this.