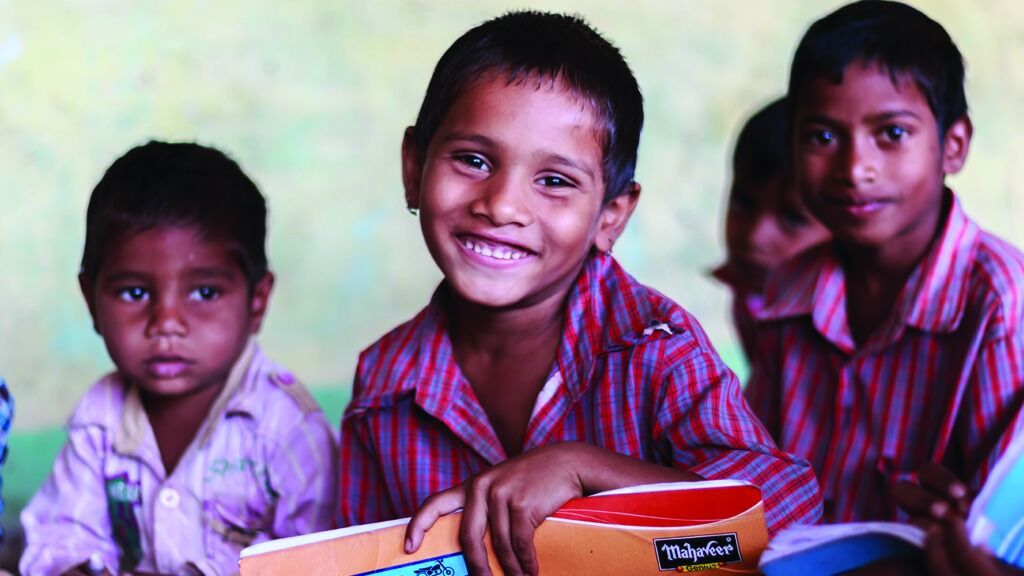 There is one Government middle school in Jamun, Rajasthan but due to the quality of teachers' attendance as well as the distance from home many of the children were discouraged from going to school. The children were instead sent for cattle grazing. Seva Mandir took up the task of setting up a rural school as an alternative.

The village youth counseled parents and enrolled children into the school. Today, all the children at the Jamun center can read and write. After graduating from the rural school the children go to the Government schools for higher studies, sometimes outperforming the students there.

The parents also understand the importance of education because of the rural schools. You can help these tribal children get quality education Shiksha Kendras.

Seva Mandir's education strategy focuses on ensuring education for the school dropouts between the ages of 6-14 years in tribal areas and enables communities to demand quality education from the Government.

Seva Mandir runs Shiksha Kendras in places where the quality of education is either dismal or available at all. Shiksha Kendras are single classroom, single teacher schools providing education up to 3rd grade. Surveys are conducted to assesses the quality of existing education system, if any and availability of eligible children through continuous interactions with the villagers. After an assessment, a Shiksha Kendra is opened in the said village and a local teacher is employed. The required material is distributed to the children and the school.

The entire village is involved in monitoring the school. Seva Mandir runs 205 schools serving 6000 children every year. When you support this program, you enable tribal children to dream of a better future.

Seva Mandir is one of India's leading development nonprofit organizations. It currently works with 360,000 people across 700 villages of southern Rajasthan, where over 90% of the population relies on subsistence agriculture and most people live on less than Rs. 20 ($0.35) a day.

For over 45 years, Seva Mandir has worked in partnership with these people, not only to improve their material well-being but to build stronger and more ethical communities. Through its programs on governance, health, education, sustainable use of natural resources, women's empowerment, youth development, child care and social enterprise,

Seva Mandir makes a tangible and transformative impact. Every year, 12,000 disadvantaged children receive a quality education in its schools; 8,000 women and children out of reach of hospitals are offered critical health services; thousands of more families achieve food security and sustainable livelihoods through the rehabilitation of hundreds of acres of land; and 9,000 women move closer to gender equality and financial independence through women's groups and lending cooperatives.

Their mission is to make real the idea of a society consisting of free and equal citizens who are able to come together to solve the problems that affect them in their particular contexts. 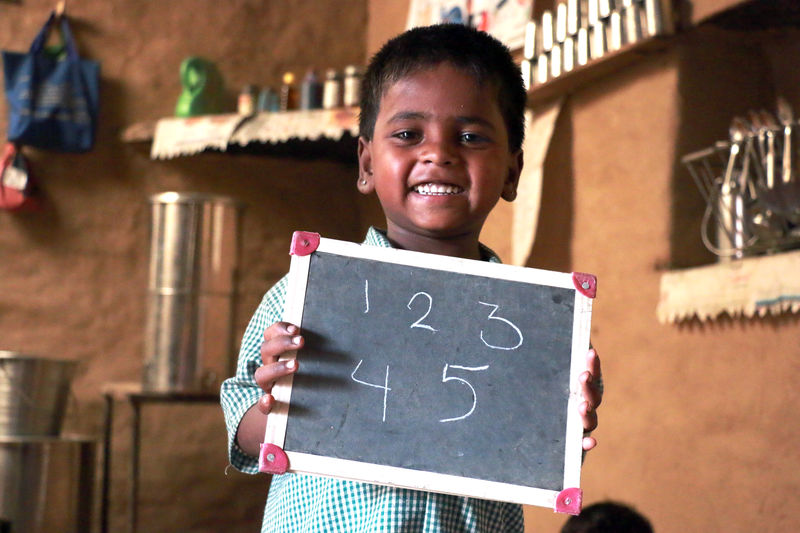 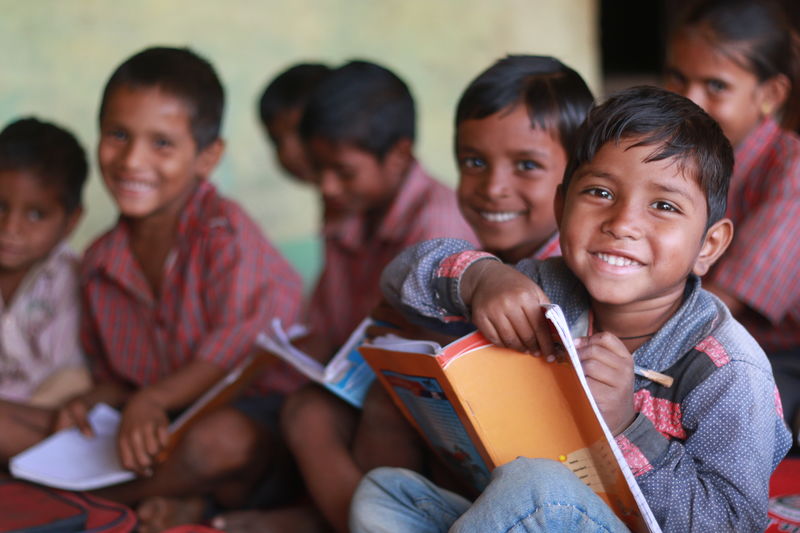 Shiksha Kendras (SKs) function as bridge schools catering to out of school children in the age group of 6- 14 years and provides them quality education. Currently, 143 SKs are in function and reaching out to 5219 children out of which 44% are girls. During the period, 31% children took new admissions in 143 Shiksha Kendras. Out of 1636 children, 48% were girls. With 44% Kotra block has the lowest ratio of girl child taking admissions into SKs. Of all the 5 blocks both Kherwara and Girwa have the highest ratio of girl child with new admissions of more than 50% girls. In the half yearly evaluation of Dec, 2019, a total of 4819 students have participated. Out of these 4819 children 44% were girls. The result shows 1305 (27%) children have reached to Level 3. Once the students from SKs achieve basic competencies in language and mathematics, they are encouraged to enrol in government schools. This year, 1499 students were enrolled in government school i.e. 29% of the total enrolment ,out of which 43% were girls students. In this academic session, 52% of the children got admission in class 5 & 6 while rest of the 48% the children got admission in class 4th or lower. A six days residential teachers training got conducted for 192 teachers at Kaya training centre. These training programs are a mix of activities, sessions, group discussions, deliberations providing the opportunity to the instructors for their personal as well as professional growth. The myriad sessions planned for these days are spread across the subjective knowledge, life skills & physical education. The trail of sessions focuses on language comprehension (learning & reading both English & Hindi), numeracy, role plays and life skills viz, good touch-bad touch, personal hygiene.

Monitoring of Shiksha Kendra by parents: The parents and GVC (Gram Vikas Committee) members always have the responsibility of monitoring and visiting Shiksha Kendras.

Mentoring Support: Total 127 children of government schools are also completing their schools and coming to these centers for academic and emotional support. These students are upper primary level who have graduated from SKs only. There are also few students who are from nearby villages, inspire from there classmates.

Digital learning: This program also aims to create interest in children for learning English language via audio-video medium.30 SKs are creating impact on teachers and children learning capacity under this program. 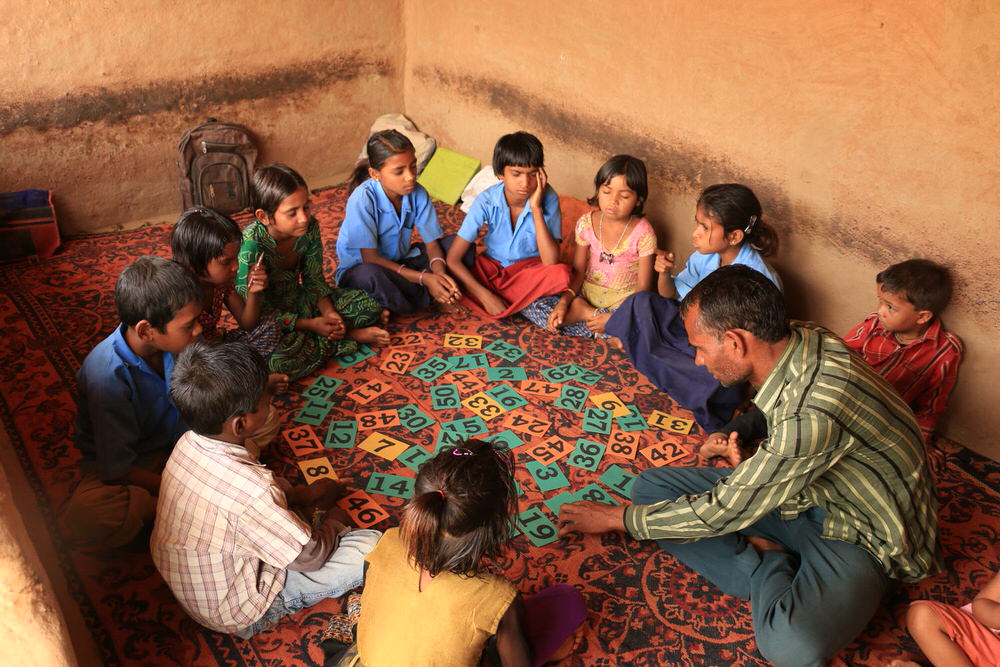 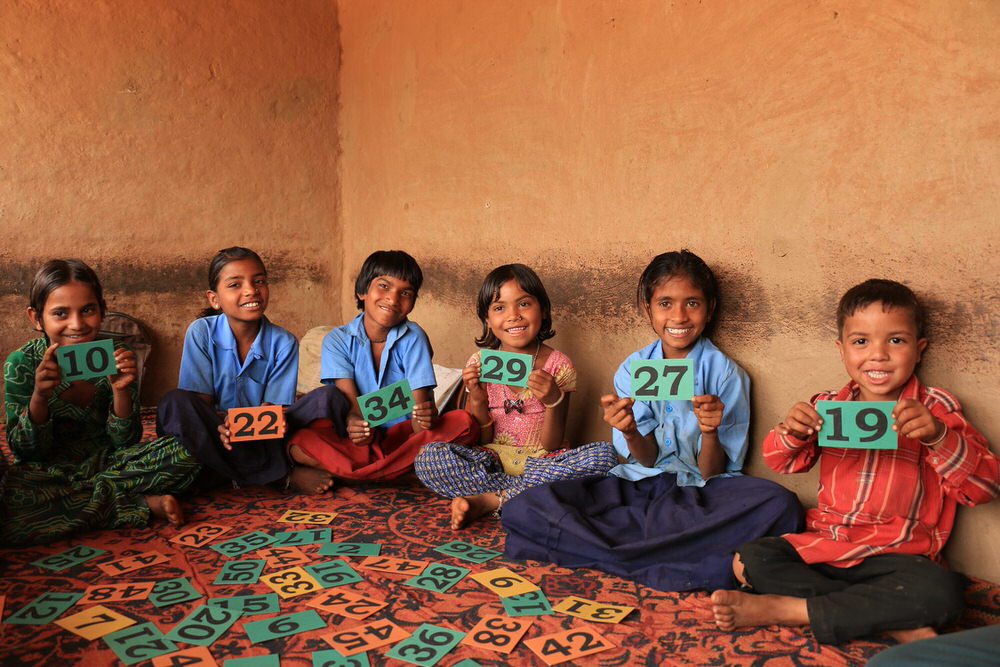 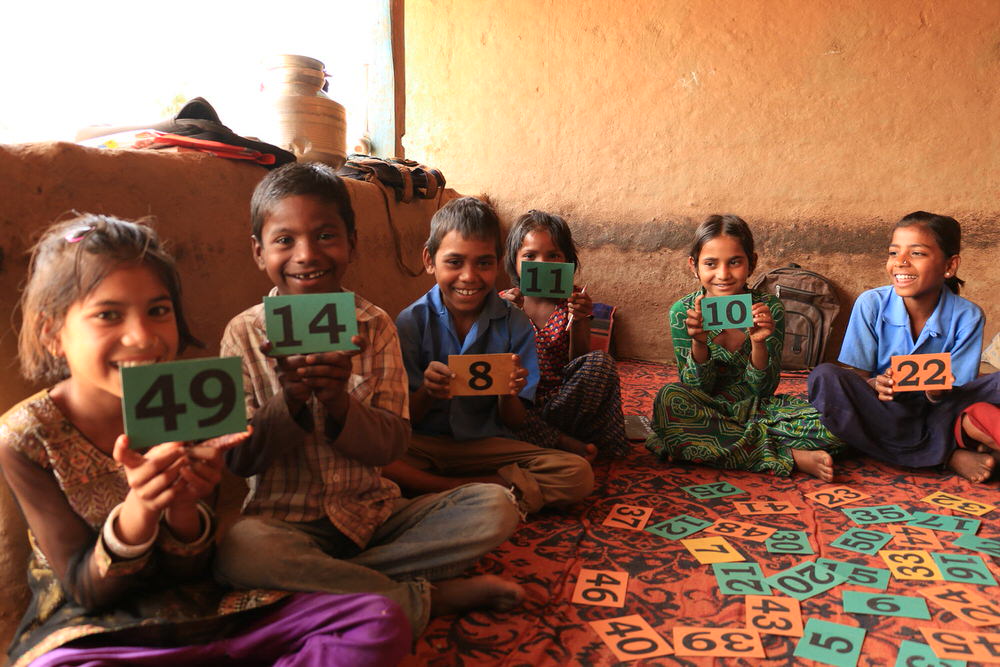 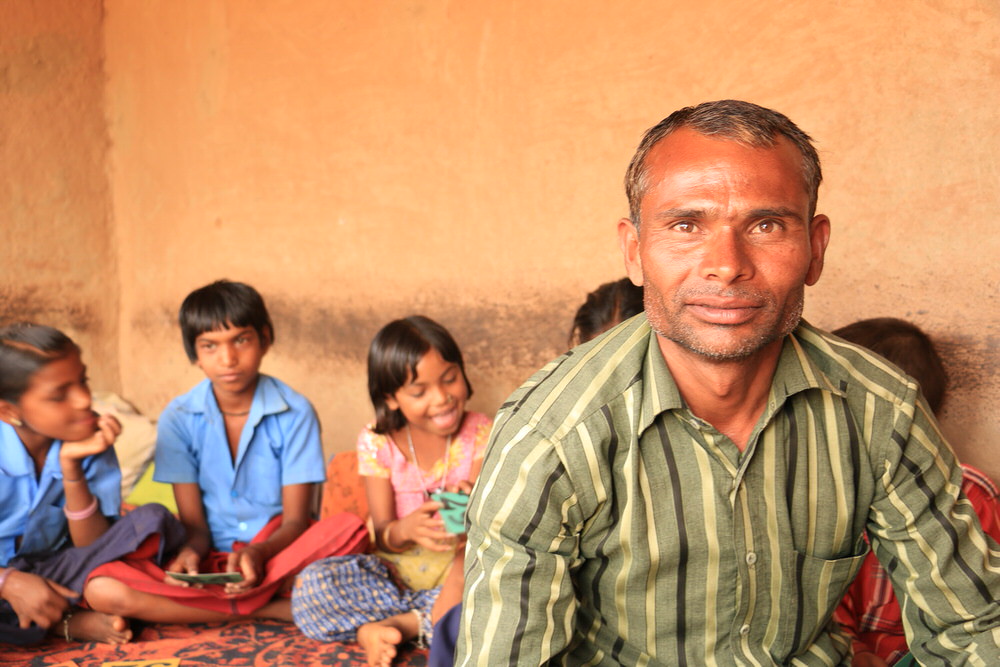 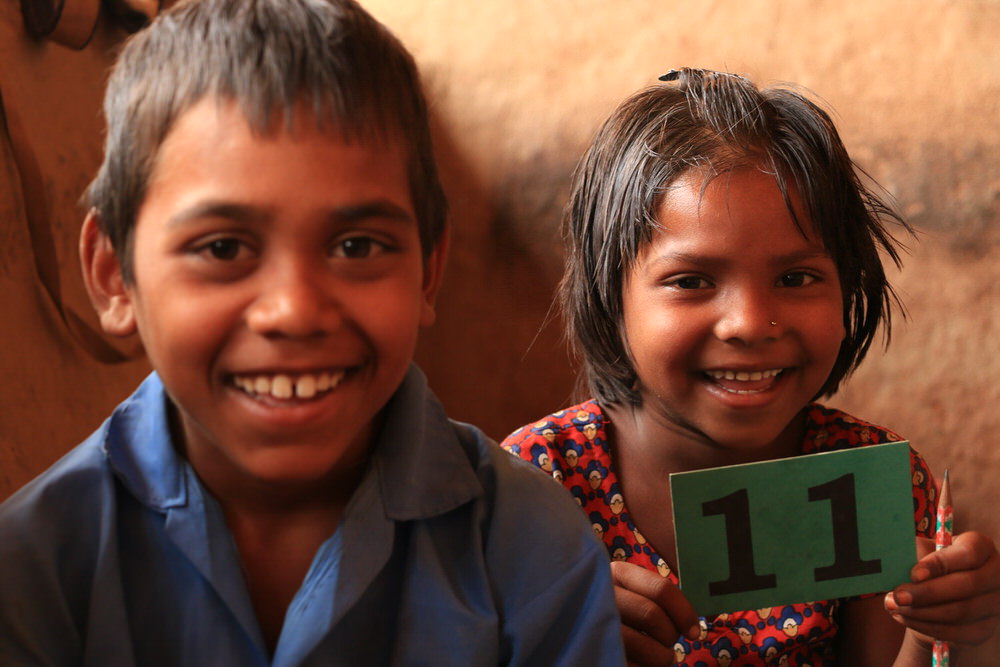 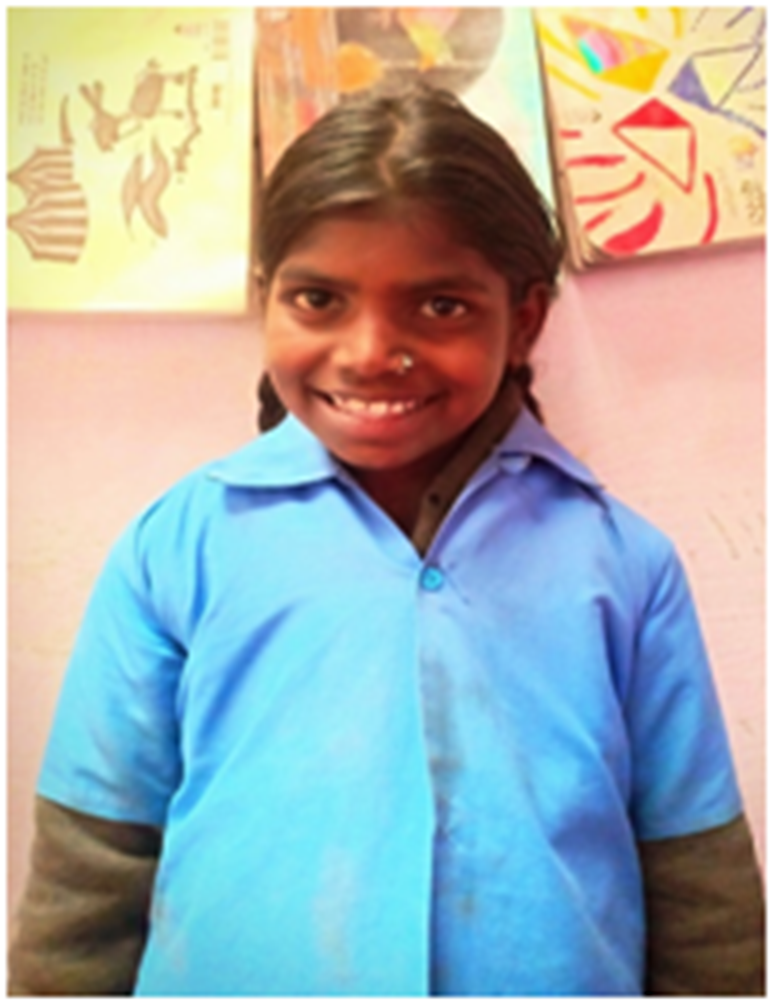 Seva Mandir’s education program attempts to ensure primary education to out-of-school children through Shiksha Kendra’s (SKs) and Residential Learning Camps (RLCs), other interventions include Activity Centers at government schools and Scholarship Programme to ensure continuity of education. During January - March 2019, 147 SKs are being run in the 5 blocks of Udaipur district in which more than 5,326 out-of-school children aged 6 to 14 are studying, out of which there are 56 children under scholarship program and 159 children are participating in the second RLC. During the period a total of 1659 (31%) children took new admissions in 147 SKs. Out of 1659 children, 44.4% are girls.

Limited access to quality education is a significant development challenge in Udaipur district. In Seva Mandir’s work area, poverty and the lack of quality education are the key factors that lead to a child not going to school. Furthermore, the condition of schooling in the tribal areas is often one of severe neglect, with high rates of teacher absenteeism, teacher’s posts lying vacant, poor teaching methods, a paucity of required materials and inadequate infrastructure. These conditions coupled with poverty de-motivate children and force them to drop out from school. Seva Mandir design and implement programs based on the needs and demands of the communities. These programs include Bridge School Program known as Shiksha Kendra’s, Residential Learning Camps, Activity Centers at government schools and Youth Resource Centers and Scholarships to ensure continuity of education.

Asha Kumari, a 10 years old girl lives in NaalFala, at Chanawada village in Udaipur District. Her father Hira Lal ji works as a laborer in Udaipur city. She used to go to a government school which is situated more than one kilometer away from her home. It was very difficult for her to go to school as she had to cross a mountain to reach the school. Asha stopped going to school and stayed back home for more than one year. Her mother came to Seva Mandir's Shiksha Kendra (SK) and talked to the teacher about her daughter’s education as soon as she got the knowledge about the centre. The teacher suggested sending her daughter to Shiksha Kendra for her further studies. Asha started coming to SK from July, 2018 and now she comes to the centre daily. Her younger brothers Sahil and Ganesh also got admission in SK. Asha has now learnt writing her name, counting till 20, alphabets and spellings of basic alphabet words. 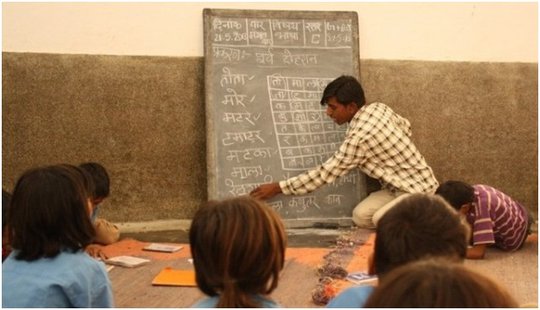 Seva Mandir’s education program attempts to ensure primary education to out-of-school children through Shiksha Kendra’s (SKs) and Residential learning camps (RLCs), Other interventions include Activity centers at government schools and scholarship programme to ensure continuity of education. During April-September 2018, 148 SKs are being run in 5 blocks of Udaipur and Rajsamand districts, in which more than 5,000 out-of-school children aged 6 to 14 got education. There are 56 children under scholarship program and 180 children are participating in the first RLC.

Eight-year old Khuma was among the first students at the Camp in 2000. “While coming through the Training Centre of Seva Mandir gate for the first time I felt nervous. I wasn’t sure why I was here”, he recalled. He remembered how he overcame his initial anxiety at the 25-day camp and eventually made friends with children from other villages. Nobody could have guessed that 13 years later Khuma would return to this center as a teacher at the Camp. He began his schooling at a Seva Mandir non-formal education center in 1998. He was then recruited to enroll in the first Camp at Kaya, which he now remembers fondly. After the camp, Khuma enrolled in a nearby government school, but maintained his connection with Seva Mandir by becoming active in the local Youth Resource Center. As the first person in his family to receive an education, his commitment never wavered. In an area where most children never make it through primary school, Khuma, the son of a poor farmer, graduated from secondary school in 2011. He was then recruited to work at a shop in Mumbai, but feeling dissatisfied with the pace and strain of urban living, he left after two months to pursue a college education and work towards a better future. Soon after returning from Mumbai, Khuma was approached by a Seva Mandir zone worker who asked him if he was interested in working as a teacher for Seva Mandir. When we asked him about why he took the offer he said, “I benefited a lot from Seva Mandir, I have taken [their] help every time in my life. I will never turn down any job from Seva Mandir”.

His eyes swelled then swelled with pride, “I got offers from other NGOs, but I declined them. I will only work for Seva Mandir”, he said.

At the Camp, Khuma is quite the hero. He laughed when he recounted the disbelief and astonishment when, on the first day of the camp, he revealed to all the children that he is a former Camp student himself. To these new first-generation learners, he serves as a living role model who can relate to these students better than anyone.

Khuma’s story is an example for the 10,000 first gener¬ation students in our schools, and speaks to the deeper change we are nurturing across 700 villages, including a demand for quality education and a commitment to public service.

Your donation will support 1 Kendra

189 people are currently supporting this.