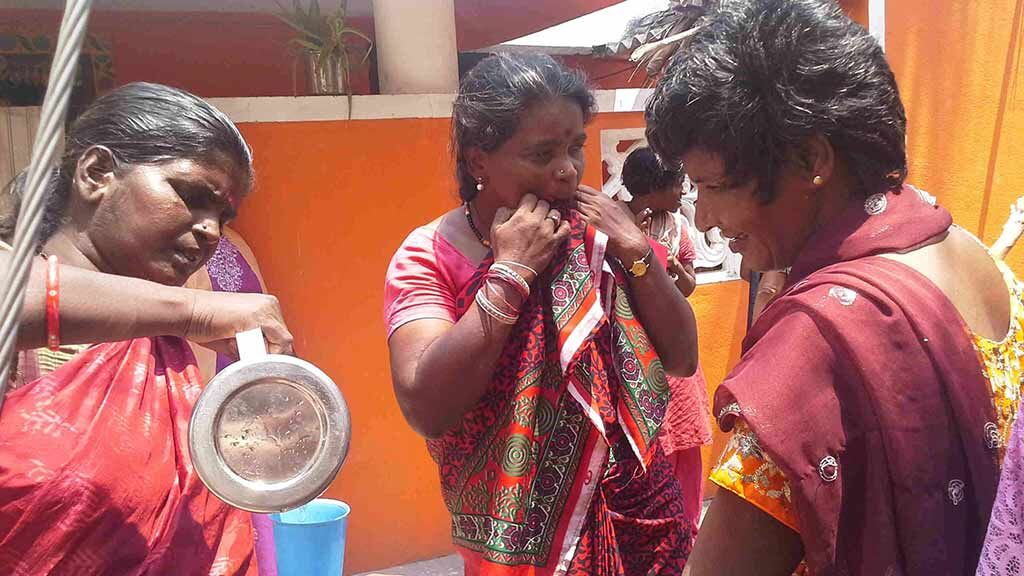 After recovering from mental illness, the Banyan attempted to reintegrate Maniammal with her family. However, her husband had remarried and her daughter was hostile. WIth nowhere to go, she had to live in an old-age home.

Unfortunately, she had to move from there and the frustration with being shuttled around along with the burden of the feeling of being unwanted, Maniammal decided to live on her own in a housing board colony.

With regular assistance from The Banyan, she is now engaged in self-directed pursuits. Her life is now a happy mix of the intimate, everyday and uncommon, albeit a bit unconventional - most importantly, it is on her own terms.

The Day Care Centre is part of The Banyan's Urban Outreach Project, KK Nagar, Chennai. Clients from across Chennai who are unable, often because of stigma and discrimination, to find employment, attend it.

At the Day Care Centre, they engage in activities and recreation and have the opportunity to pursue vocational training options. The aim of this activity is to reintegrate those with mental illness by giving them the confidence and skills they need to find employment and move on with their lives.

Donate to this program so that a patient who recovered from mental illness can be reintegrated into a normal life.

Mental illness and its treatment are still seen as a taboo in our society. While most walk away from this issue, the Banyan made sure it stood up, extended its branches and picked up the fallen leaves to breathe new life into them again.

A handful of people who believed in the cause built the Banyan almost a quarter of a decade ago, with hopes, dreams and very light pockets. Their perseverance has today resulted in reaching out to many benefactors who are helping in taking care of the mentally ill who have no means of fending for themselves.

The programs at the Banyan include sponsoring of doctors and psychiatrists for their in-house patients and providing lunch for the residents. Based out of Tamil Nadu, they have rural as well as urban clinics, rescuing and serving almost 2000 patients with a strength of over 150 volunteers and 200 staff on board. 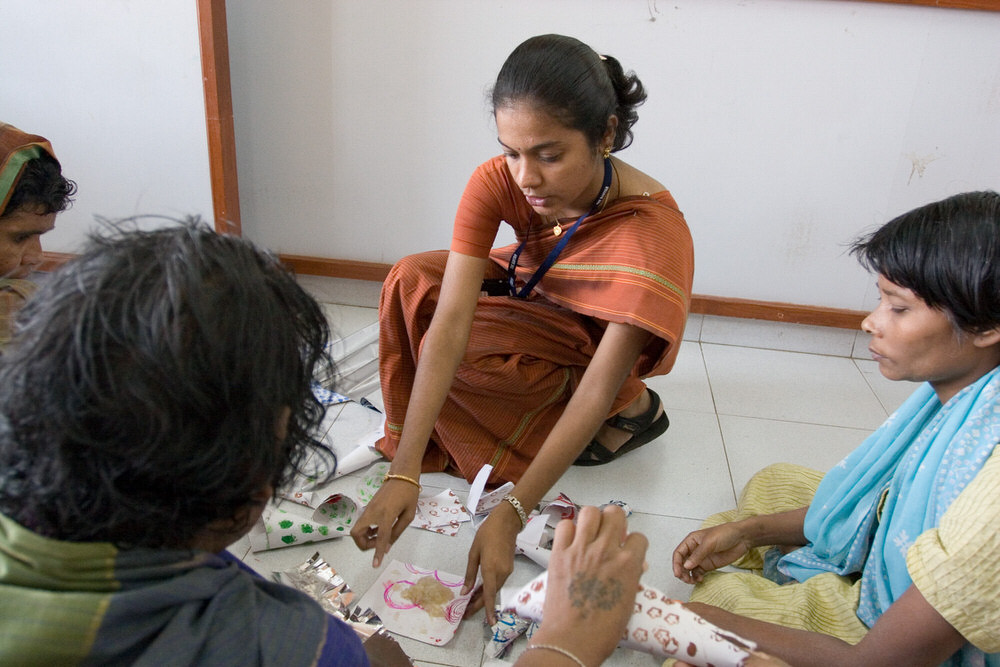 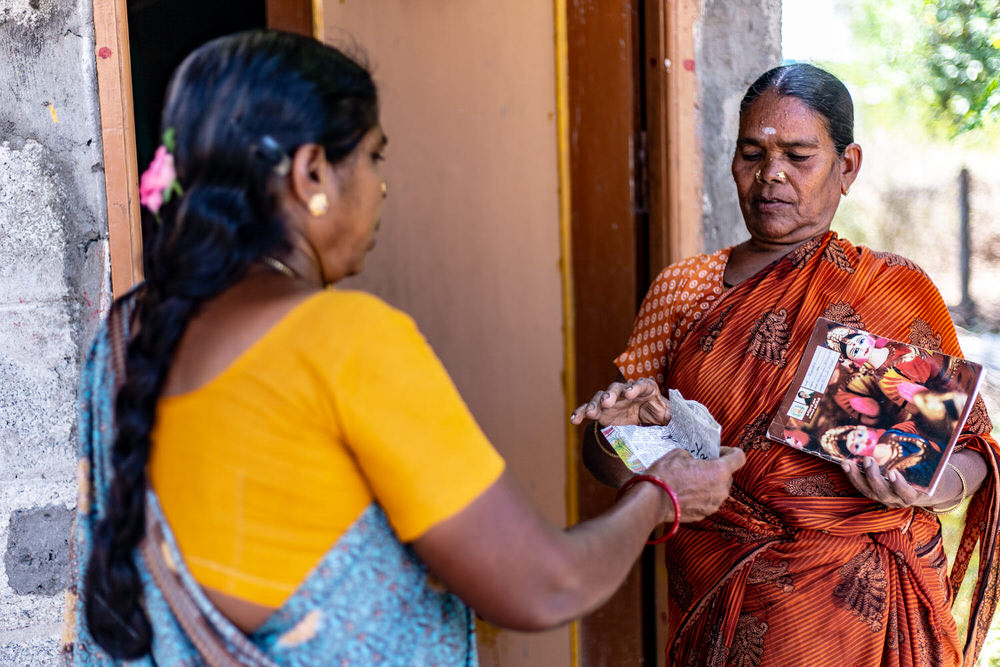 Poor and homeless women don't wonder what will I have for dinner today? Instead, they ask themselves, Will I eat today? Serving a nutritious food everyday at The Banyan provide critical healthy dinners to hundreds of poor and mentally ill destitute homeless women every day.

During their time on the streets, many of our clients have gone days without a meal. Others have had to resort to rummaging through garbage and waste, in order to survive. It is no wonder that most of our clients have chronic malnutrition and anaemia at the time of their admission.

At The Banyan, the menu is designed and implemented after taking into consideration various factors, including regional palate, taste, and flavours. Menu diversity is achieved by using a wide variety of seasonal vegetables and locally available ingredients. We have adopted a cyclic approach with preference to local palate. We also mitigate chronic nutritional deficits by providing milk and Egg that is healthy and nutritious.

This program supports the doctor's fees who look after the residents health regularly and the costs of the psychiatric, General medicines and the hospitalisation expenses. Through this program, At any given point of time, there are 300 homeless persons with mental health issues residing at all our projects.

Resources are a matter of concern - there are detrimental consequences that may need to be faced if users develop dependence attachments only to the organisation. We encourage users to draw from the community around them and form personal relationships that help in sustaining recovery beyond remits of institutional care and without any impasse. Durga is an aftercare user, who lives alone in a secure neighbourhood, her needs are taken care by her daughter. Things were going well and there were no obvious concerns that needed addressal. However one day, Durga sent a letter to the organisation, requesting that her allowance be increased, because she felt immense guilt and a certain amount of shame that it was her daughter who was supporting her monetarily. We made basic enquiries and it was revealed by the daughter that this was not true and that she was willing to support her mother through her life, and caring for her mother did not impact the daughter in any way feared by Durga either. A bit of background on Durga - Durga has never known a life which was sans work. She used to take up any and all roles that were offered in order to supplement the family’s income and push it through the cracks that were starting to appear. What she was suffering was the lack of social sanction the last few years. We connected her to our skills and employment cell, who in turn set her up with certain vocational pursuits she could engage herself in. Durga took it up readily and now earns decent money as well as the respect she craved for. 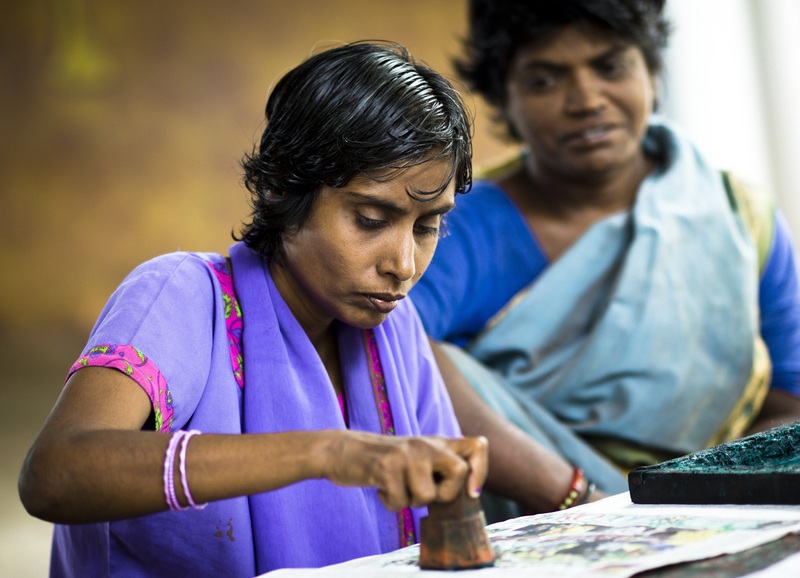 During their time on the streets, many of the clients of the Banyan have gone days without a meal. Others have had to resort to rummaging through garbage and waste, in order to survive. It is no wonder that most of the clients have chronic malnutrition and aemia at the time of their admission.

Meals at The Banyan go well beyond the basics. Not only does Banyan provide freshly cooked meals that are tailored to the diverse cultural roots of the people they serve, but they also mitigate chronic nutritiol deficits by providing food that is healthy and nutritious.

This program supports the doctor's fees who look after the residents health regularly.

At any given point of time, there are 125 homeless persons with mental health issues residing at the ECRC programme.

Kagavalli is caregiver of the client Sundari accessing KKgar OPD. Sundari has a son who is studying diploma. Sundari developed psychosis during pregncy and tried to commit suicide by jumping from first floor. Though she survived, her mobility was affected. She gave birth, and her husband abandoned her. Her mother Kagavalli was also deserted by her husband who was an alcoholic. Kagavalli struggled to make ends meet. Her daughter's ill health and the growing demand of her grandson’s health, nourishment and education was bothering her, but she did not give up. She started making iddlies and sold them. Though she had grinders given by late Chief Minister Jayalalitha, floods destroyed it. She was not deterred, she used to make lunch to her house owner and so she raised money for paying rent. Her daughter was epileptic too, if Kagavalli wasn’t at the house, Sundari would put her excreta on plate meant for eating. The caregiver moved from earth and heaven to earn her livelihood. She made vaththal and sold. At The Banyan, she was taught to make jewellery out of quilling paper and textile printing, fashion jewellery, terracotta jewellery. The Banyan recommended scholarship for her grandson’s studies from another NGO. The grandson grew up hating his mother. This was addressed by The Banyan and the boy attended meetings and started to understand his mother’s condition to the extent that he started taking care of his mother. Kagavalli sold vaththal and jewellery. The Banyan sold her things in their stalls. Kagavalli started to teach youngsters jewellery made out of quailing paper, terracotta and beads and she was not worried that her enterprise was going as a sil’s gallop; she knew eventually she will become busy. She started posting in Facebook and now her orders are increasing. In December month she was referred by The Banyan to a lady who had come down from US to make necklaces so that the lady can sell it in America. As Kangavalli’s efforts have borne fruit, she has a beaming face as she moves on with her life.