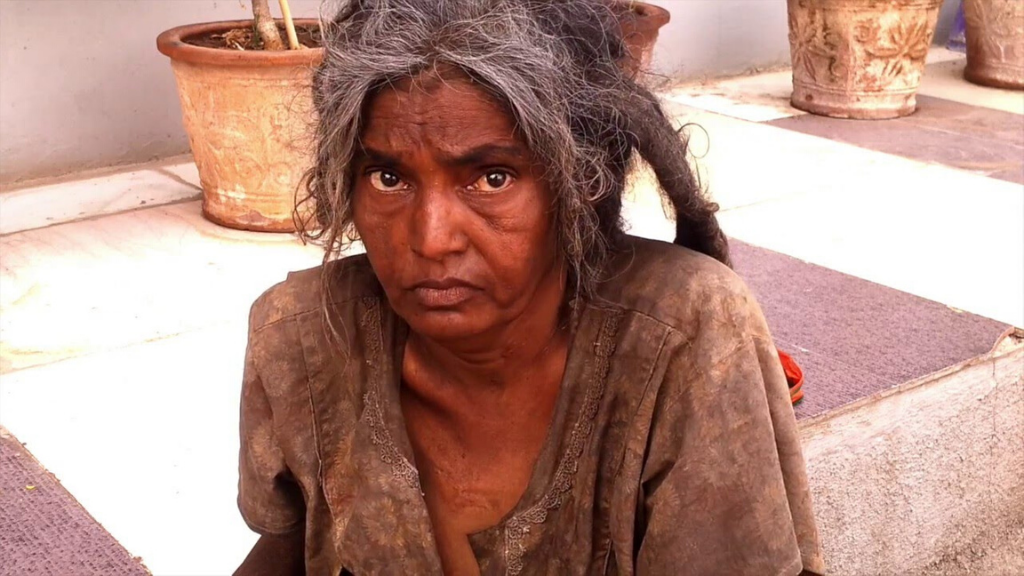 A helping hand that helped Firoz reunite with his family

Neptune Foundation received a call about a person around 30 years of age. He was wandering on the streets with no memory.

The team then visited and tried to speak to him, but he was not able to recollect anything. The team then reported the situation to the Versova Police station. With the approval of the police, they rescued him. He was taken to the Regional Mental Hospital, Thane for the medical examination.

After the due procedure, the Andheri Court released an order to put him in a mental hospital. He was then admitted to Regional Mental Hospital.

He received medical treatment, counselling, and therapy in the hospital. After receiving treatment, he began communicating with the Neptune team.

He remembered that his name was Firoj. He also began to remember his family. The Neptune team started putting all the information together. With the information they received from Firoz, they traced his uncle, Jafar Shaikh in Pune.

After verifying the relevant documents they requested his uncle to come to Mumbai. Firoj was finally reunited with his family.

The Neptune team visited Firoz after two months for a follow-up. It was a warm sight to see that he was mentally fit and was living happily with his family.

You can also help poor patients with mental health conditions get access to therapy and a chance at reuniting with their family. You can donate so that organizations like Neptune can bring help to patients who deserve it. You can give with confidence because every program listed is GIVEASSURED.

Neptune Foundation works with the treatment and rehabilitation of destitute mentally ill patients. Their work spans from rescuing the patients from streets to treatment to rehabilitation as well as reuniting them with their families.

Donations to this program will contribute to a fund that will cover the cost of salaries of careworkers, hospital admission charges of patients, food, travel, legal and administrative expenses.

Neptune Foundation rescues destitute people from the road who are mentally ill and admits them in Thane Mental Hospital with help from police and due court permissions.

The staff locates these destitute people while on the field. Alternatively, they receive calls from good Samaritans about mentally ill patients wandering on the streets.

The pickup team reports such calls to the police who then assist in picking up these patients. These people are taken to Thane Mental hospital for an initial checkup and then to court to get admission orders.

After the completion of the due procedure, the patients are admitted to the Thane Mental Hospital. They are treated for their psychological problems. Treatment includes medication along with counselling.

Once the patients begin to remember details about their families, Neptune tries to reunite them with their families. Their families are traced and called to Mumbai to take their family member back home.

In cases where the family refuses to accept the patient back into the family, they are counselled so that they take back the patient.

Neptune Foundation also bears the cost of medicines not provided by the Govt. Hospital.

Neptune Foundation has rescued over 243 destitute mentally ill patients. They have reunited over 198 patients with their families across India.

When you donate to this program, you help destitute people suffering from mental illness get access to medical help, and hope of reuniting with their families.

Neptune Foundation was born to become a medium to bring a smile on every face. They believe that 'help is never too much help'. With the help of passionate volunteers, they actively work towards empowerment of the society.

By undertaking activities like Mobile Creches, Rehabilitation Projects, Old age Home, and Anna Daan, they aim to fulfil the fundamental needs of food, shelter, clothes and education. They continuously strive to reach more people every day.

Their mission is to support the needy. Their accountability in all their undertakings is their core strength. While serving the underprivileged and the needy and working towards social upliftment, they maintain complete transparency in all their projects.

Their main areas of work are:

They identify mentally ill destitute wandering on the streets adopt them arrange for their treatment. Once they are cured and are able to regain their memory, Neptune traces their families and reunites them with their families. They also pay for the lifelong medication cost of those reunited people who are unable to afford medication. Till date they have done 283 pickups and 183 reunions. They also have an helpline number where common public can call when they spot a mentally ill destitute.

Old Age Home in our village

Neptune has a state of the art old age home at their village where they currently have 50 people staying absolutely free with all meals and medical facilities being provided to them. They celebrate all the major festival with their inmates. They also conduct Medical camps with a panel of doctors and supply medicines, do cataract operation, distribute specs etc. to the inmates as advised by Doctors.

Supply of rations, supplements and medicines to some families who have HIV. Currently they support 46 beneficiaries with ration kits, Nutrition powder and Vitamin tables on every last Friday of the month. They are also working to enroll the beneficiaries in various government schemes with the support of DAPCU department of Thane Civil Hospital.

Blood Donation Camps are organised in association with SBTC and the blood collected is donated to the patients with chronic diseases, in requirement of regular blood transfusion. They have already given 2222 blood bags to JJ Mahanagar blood bank, Mumbai

2015: Certificate of Accreditation on desirable norms

Rehab of the Mentally Ill Destitute 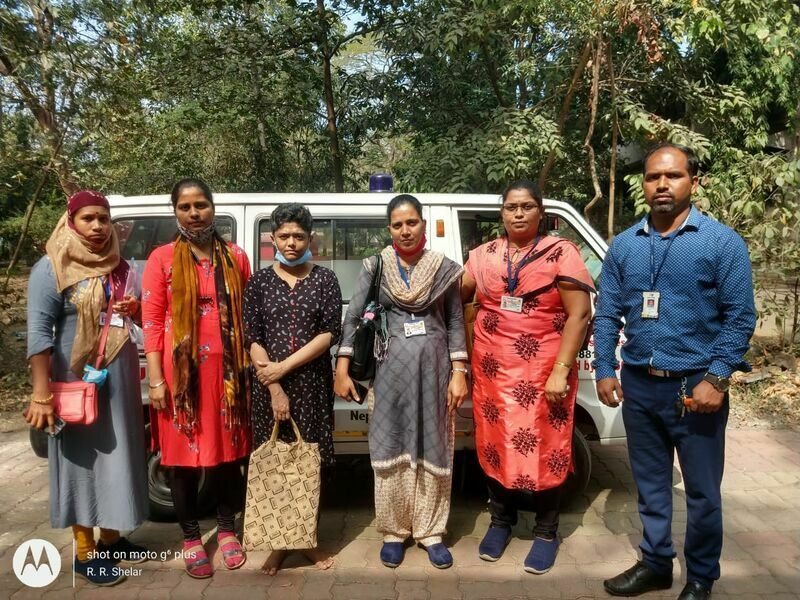 We have currently rescued 319 destitute and reunited 396 after their treatment in the Regional Mental Hospital, Thane. wW are following all the covid guide lines which doing our work. regular followups of the treated and reunited patients are been done every month by our team. We have started providing 1 month ration and pair of cloths to the reunited destitute so that it cold help his new life start. Counselling of both the treated destitute and his/her family is done properly by our social worker. We make sure all the process is happening  by keeping in mind all the legal parameters and with proper police permission and court orders. RHM is happy with our work and is thankful to us both Neptune Foundation and Give India for all the help provided to make all this possible.

Conversion from unknown to known - Gharwapsi

Conversion from unknown to known - Gharwapsi 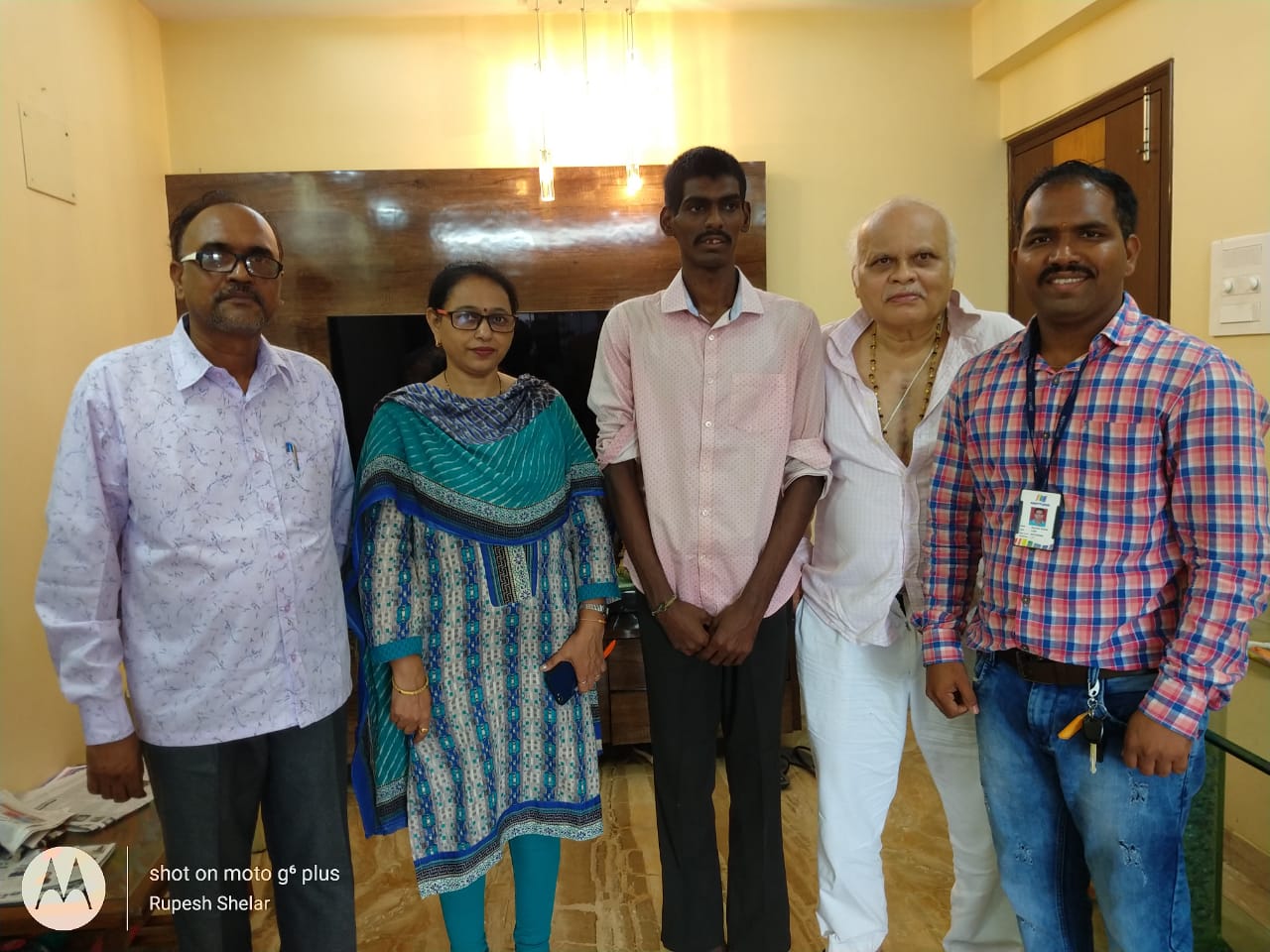 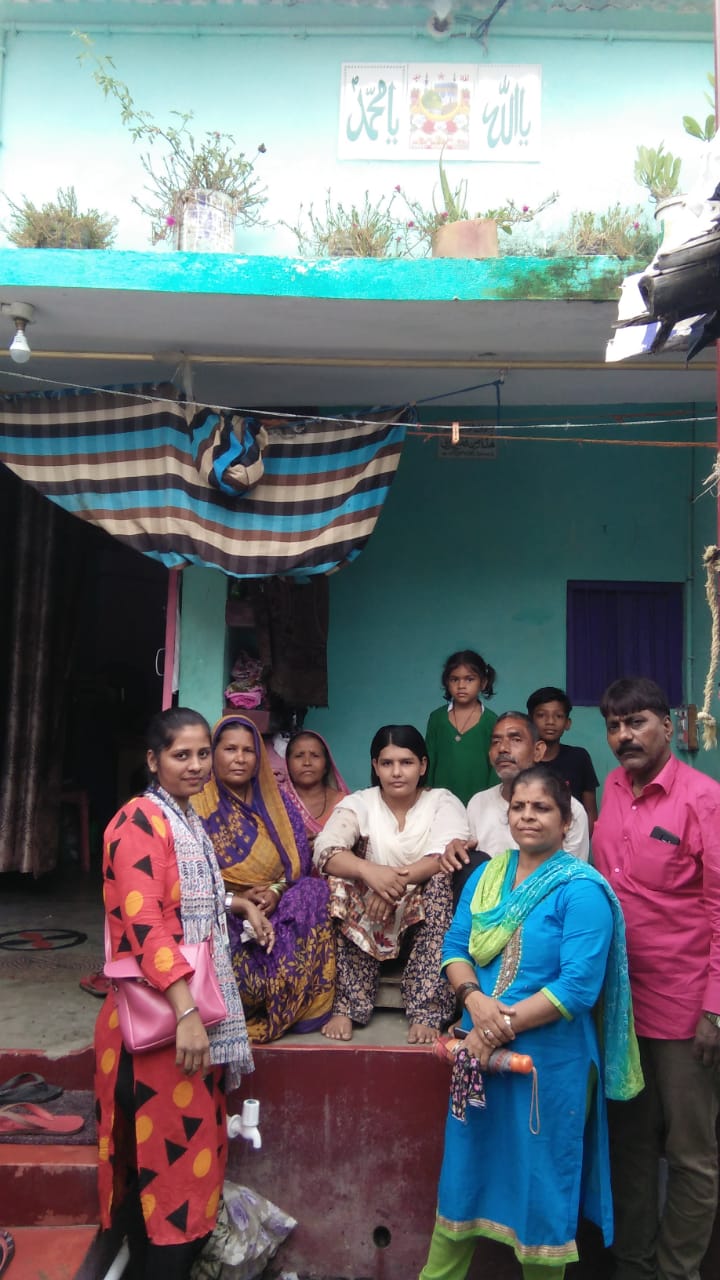 "We wish people could understand that the brain is the most important organ of your body.. Just because you cant see mental illness like you can see a broken bone, doesn't mean It’s not as detrimental or devastating to the family or an individual"

Here is the updates -

Happy to receive the care and support

Happy to receive the care and support 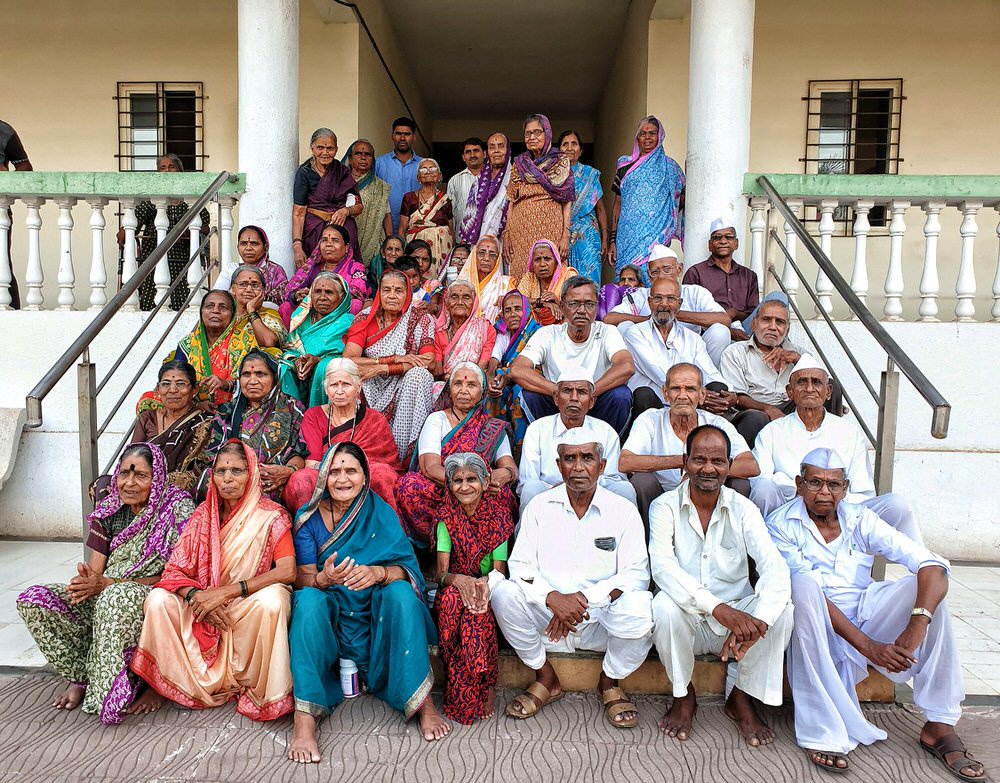 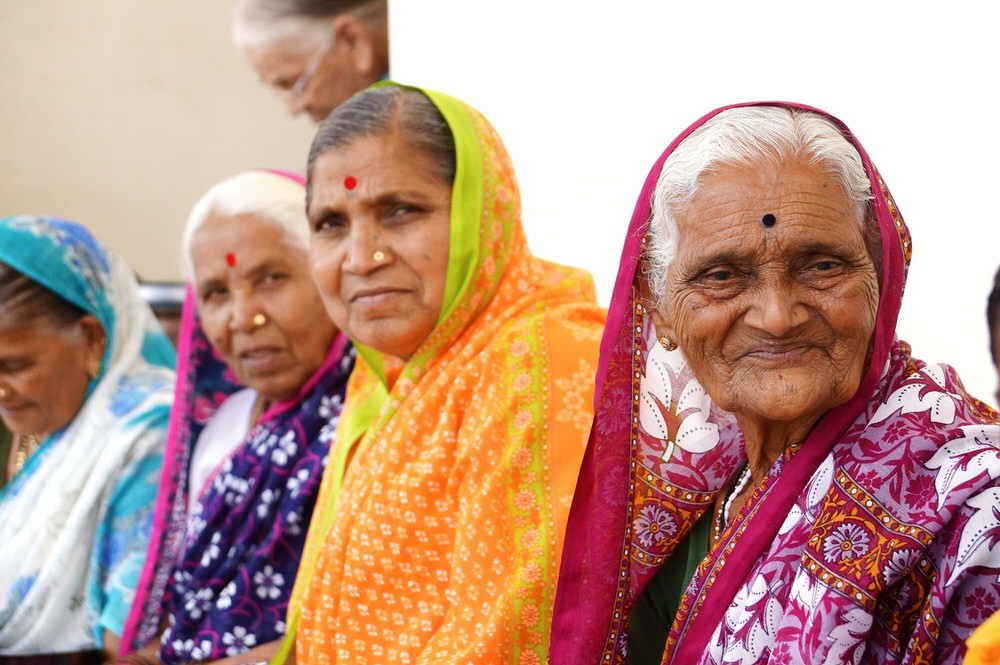 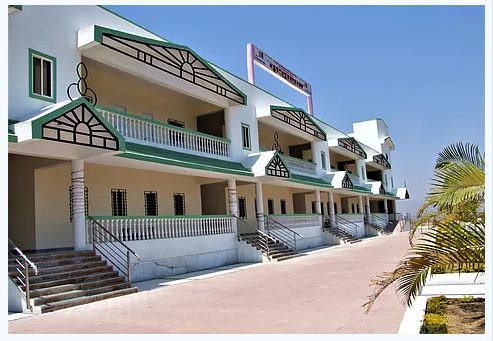 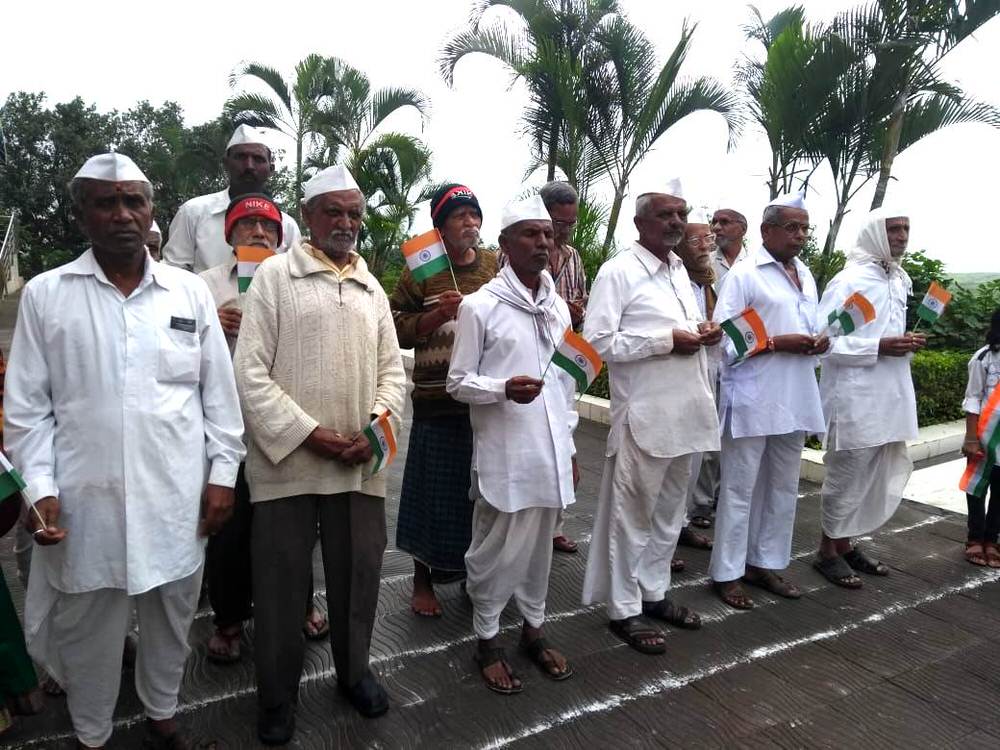 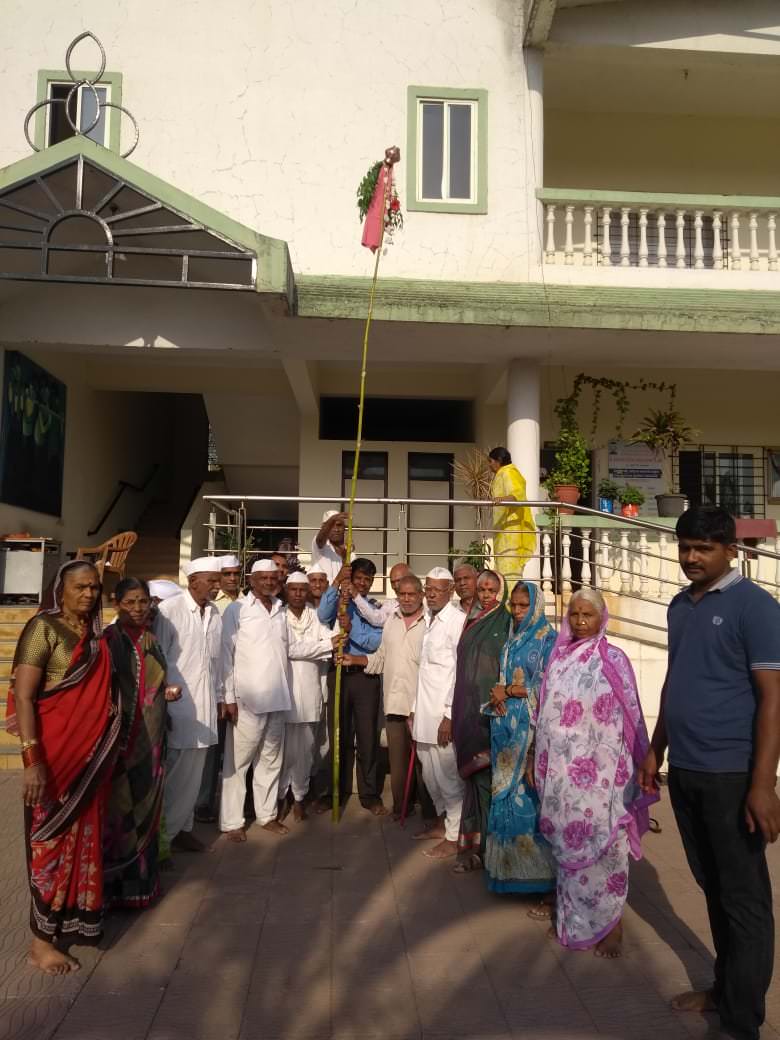 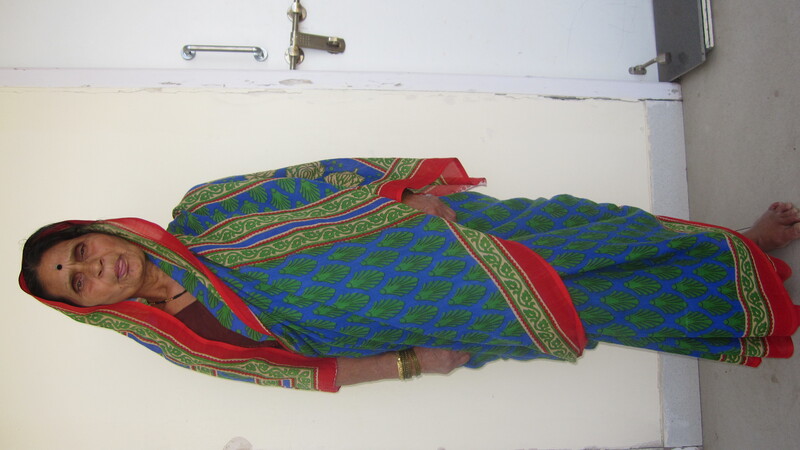 Diwali was celebrated with the senior citizens. New clothes were given to them with special meals arranged. The entire Old Age Home was lit up to give it a festive look. There were story telling sessions that created a beautiful mythological atmosphere. Festivity songs were melodiously sung. Then we celebrated the Republic day with the Indian National Flag flying high. All were explained the importance of the day. There were stories that were shared among all about the early days. Holi was celebrated with the puja being done & the traditional way of putting color. This brought a smile on the faces of all.

Parigha Subhash Deshmukh (age-65years) comes from a very small village,Kothul,Taluka- Akole,District-Ahmednagar. Parigha used to stay with her husband & two children. Her elder son works in Gujarat & her younger son is handicapped. Her husband is a drunkard who used to verbally as well as physically abuse her on a daily basis. With nowhere to go she had lost all hope. Being verbally and physically abused had become a way of life for her. She was made to feel unwanted and discarded. She was waiting for her death. That’s when her relative admitted her at our Old Age Home. After staying with us her physical as well as mental condition has improved a lot as she now feels that there is someone to look after her, love her & care for her. She has found a new home and we have found a mother to look after.