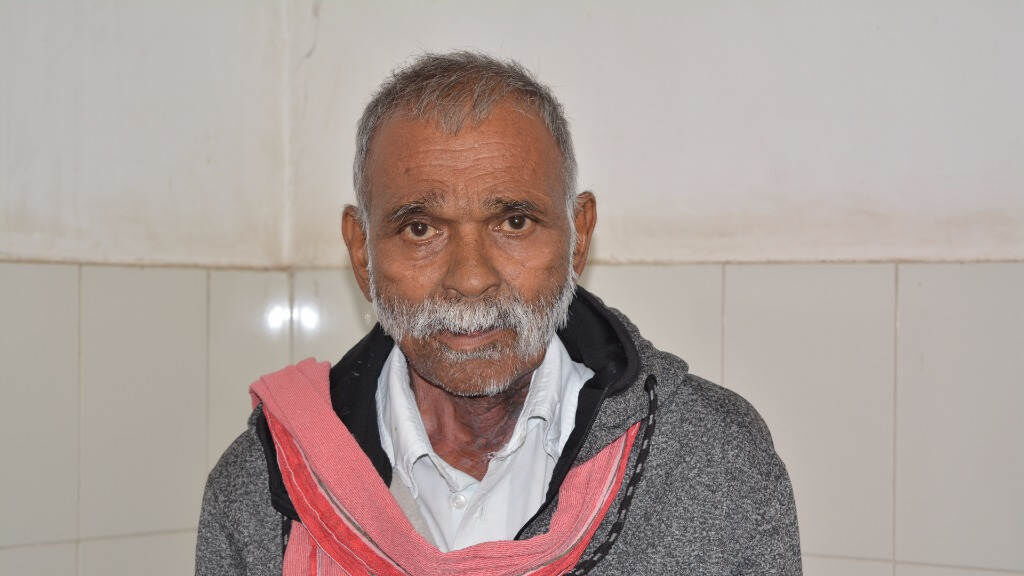 A New Lease of Life

A New Lease of Life 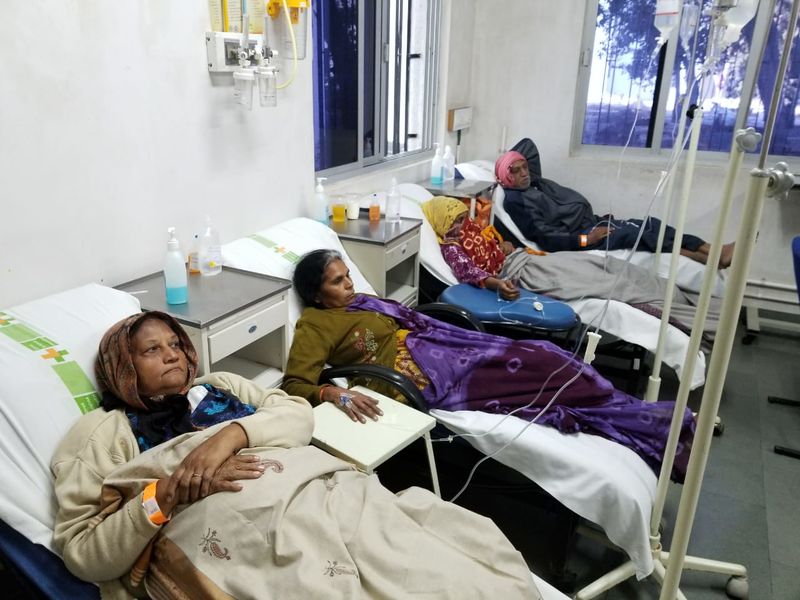 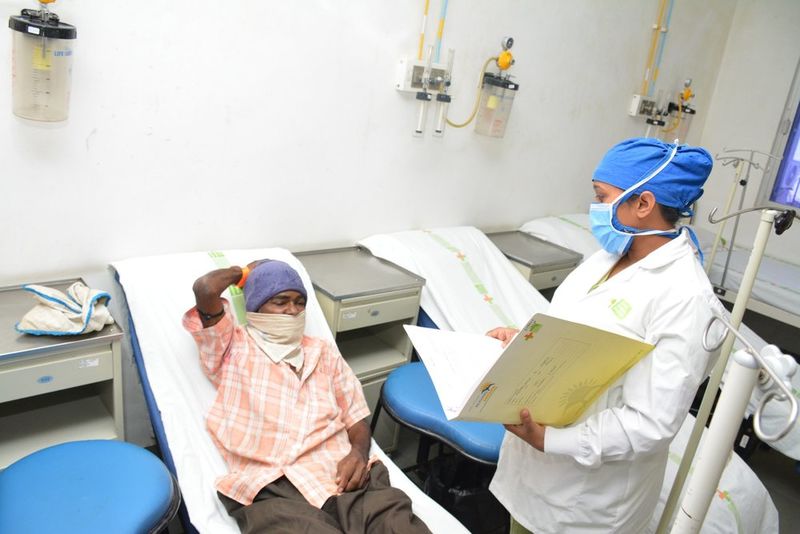 A Mobile Health Clinic Vanwas donated by Dr Jayantibhai G Patel, in memory of Late Smt. Ramaben Patel for the SPARSH programme in a function which was organised on 27th December 2019 which reaches out with health-care solutions, related to non-communicable diseases in an around 150 villages of Anand and Kheda districts of Gujarat state. Because of this various initiatives such
as camps, awareness programmes and interactions with students were conducted. This Van is equipped with a fundus camera, Vibrotherm, ECG machine, facilities to check Hb1Ac, medicine dispensing etc. and is expected to cover 50 villages around Sevaliya.This will help us in early diagnosis and examination of diabetic patients through these village camps. 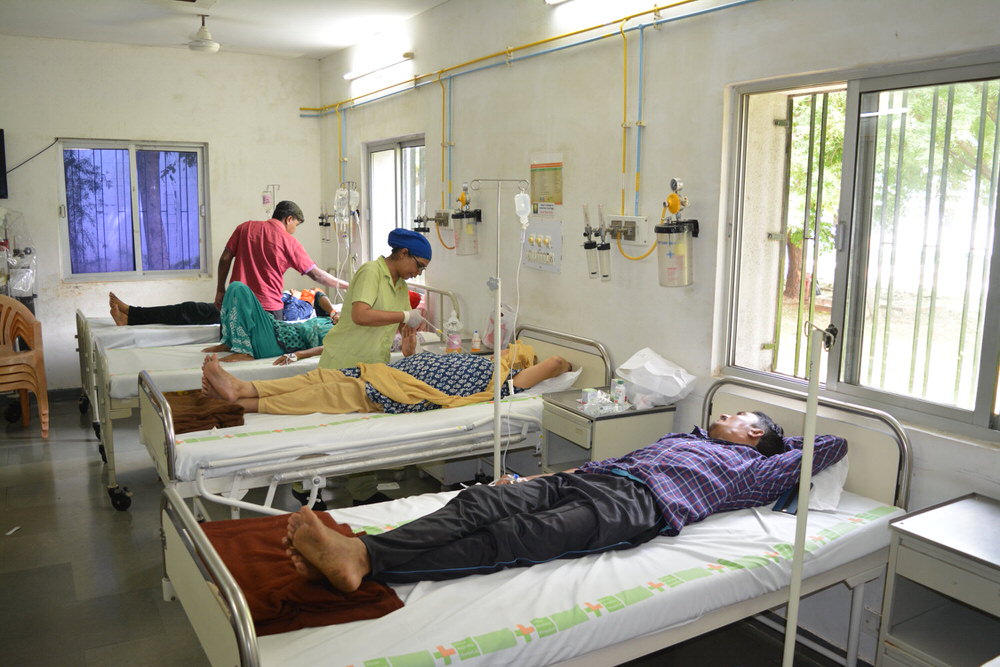 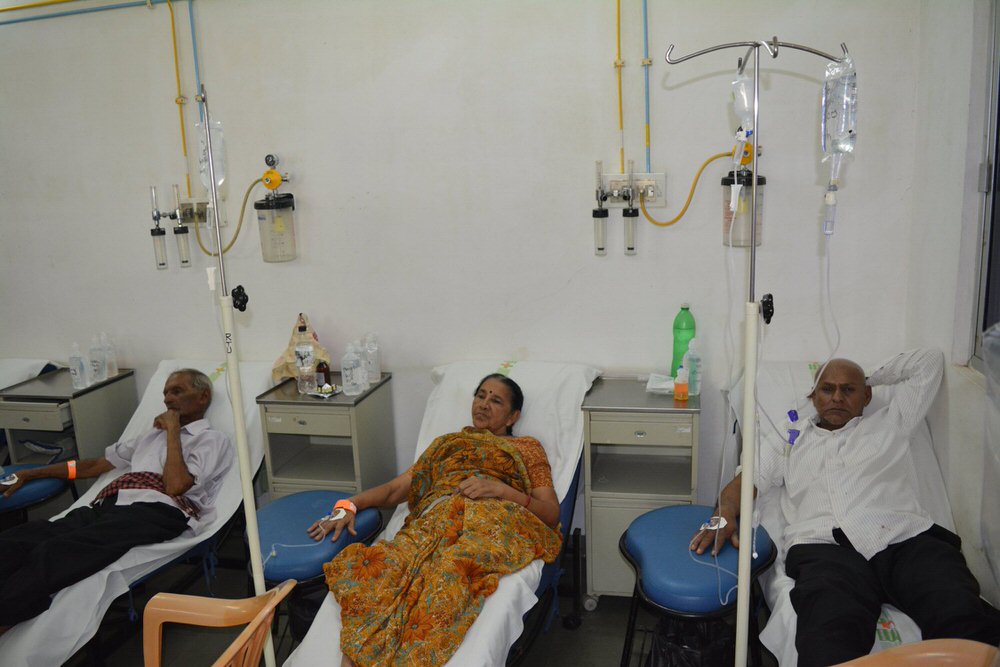 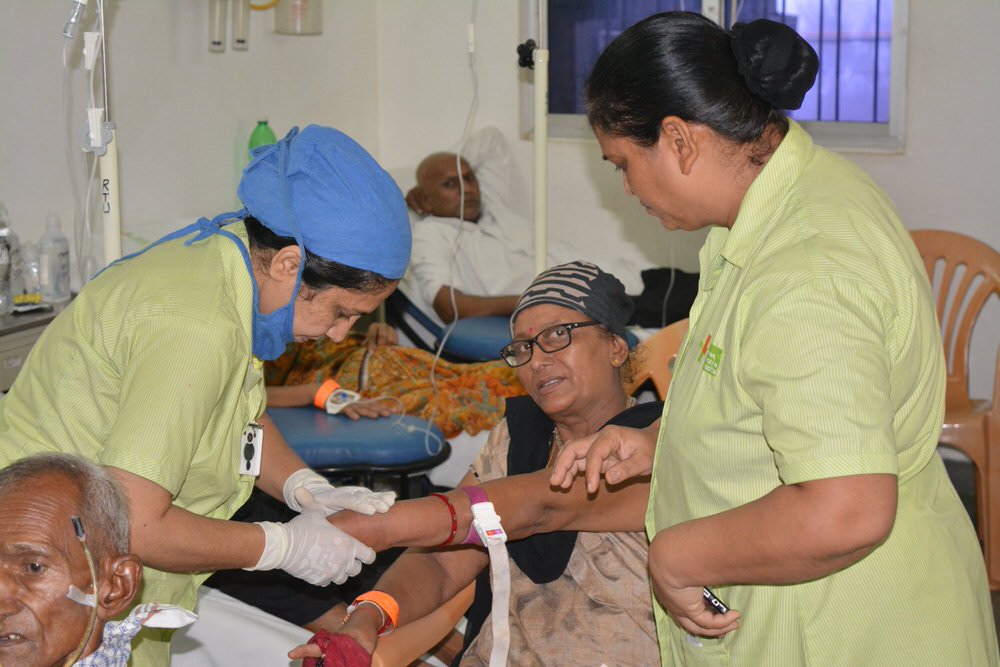 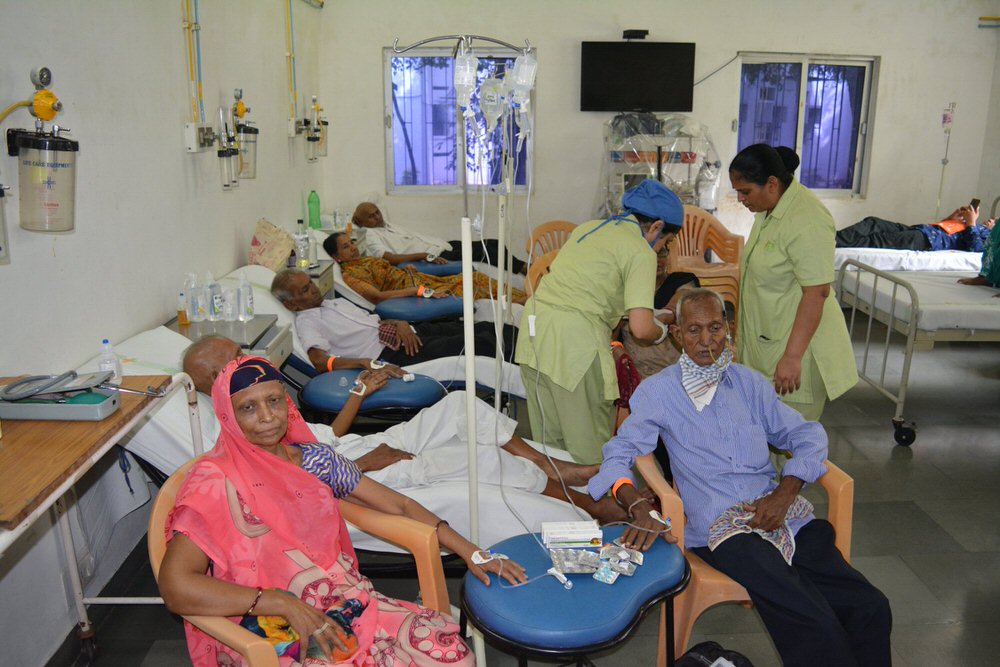 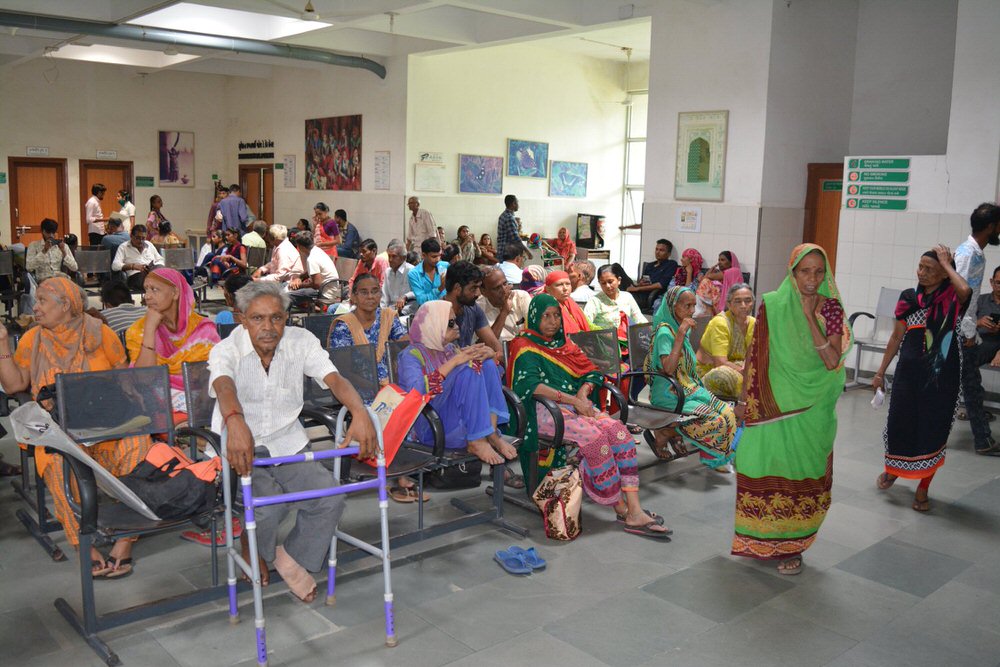 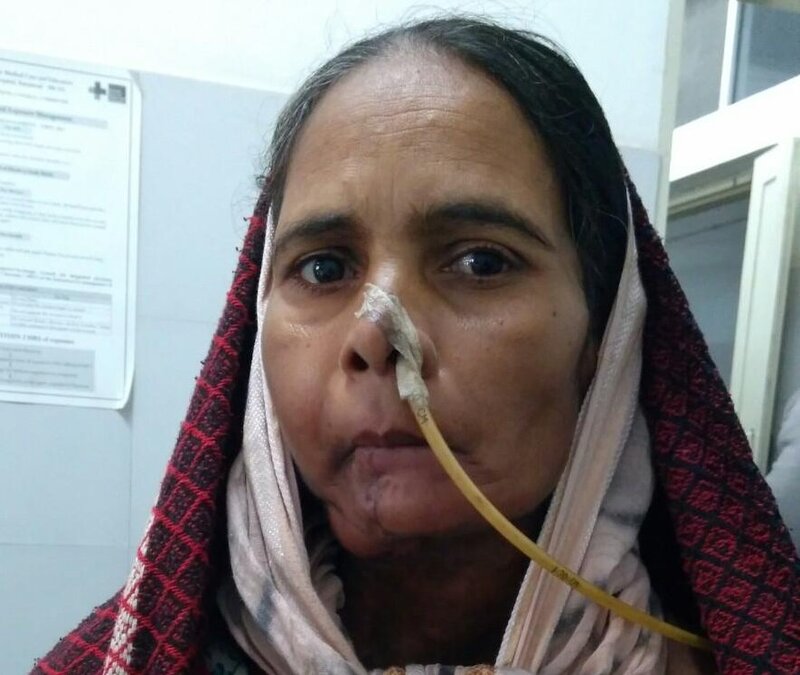 A family of five members lives in Tranja village of Kheda district. Chandubhai and his son Sureshbhai both work as daily farm wager, each earning Rs. 150 per day struggle to meet the daily needs of the family. Ambuben and her daughter-in-law Neetaben take care of the children and remain busy in the household chores. Suddenly one day, Neetaben felt sick. The next day she had pain while having dinner with family and on examination she noticed ulcers in the mouth. She was unable to eat properly. They visited a doctor in Nadiad who suggested biopsy. The biopsy report indicated to a cancer of the oral Cavity- squamous cell carcinoma of right lateral border of the tongue. This unexpected news broke the family's peace in just one day. She was advised to take liquids and referred to the cancer centre of Shree Krishna Hospital. Karamsad for further confirmation of diagnosis and treatment. The Oncologist examined her and suggested the immediate surgery to stop the spread of cancer. He also explain that the cost of surgery, medicine, followed by chemotherapy and radiation therapy will be around Rs. 2 lakhs. Sureshbhai became worried and tense. He started arranging the money for her treatment from the friends and relatives but it was not enough. Two surgeries were performed on 31st October and 5th November,2018. When they pooled and exhausted all possible sources of funding for her treatment. Chandubhai expressed his difficulty to the Hospital staff. The Mandal team studied the socio-economic background of the family and considered that the family was indeed underprivileged and can not afford further treatment. It was decided to support Neetaben for her chemotherapy cycles through the support given by donors like you. 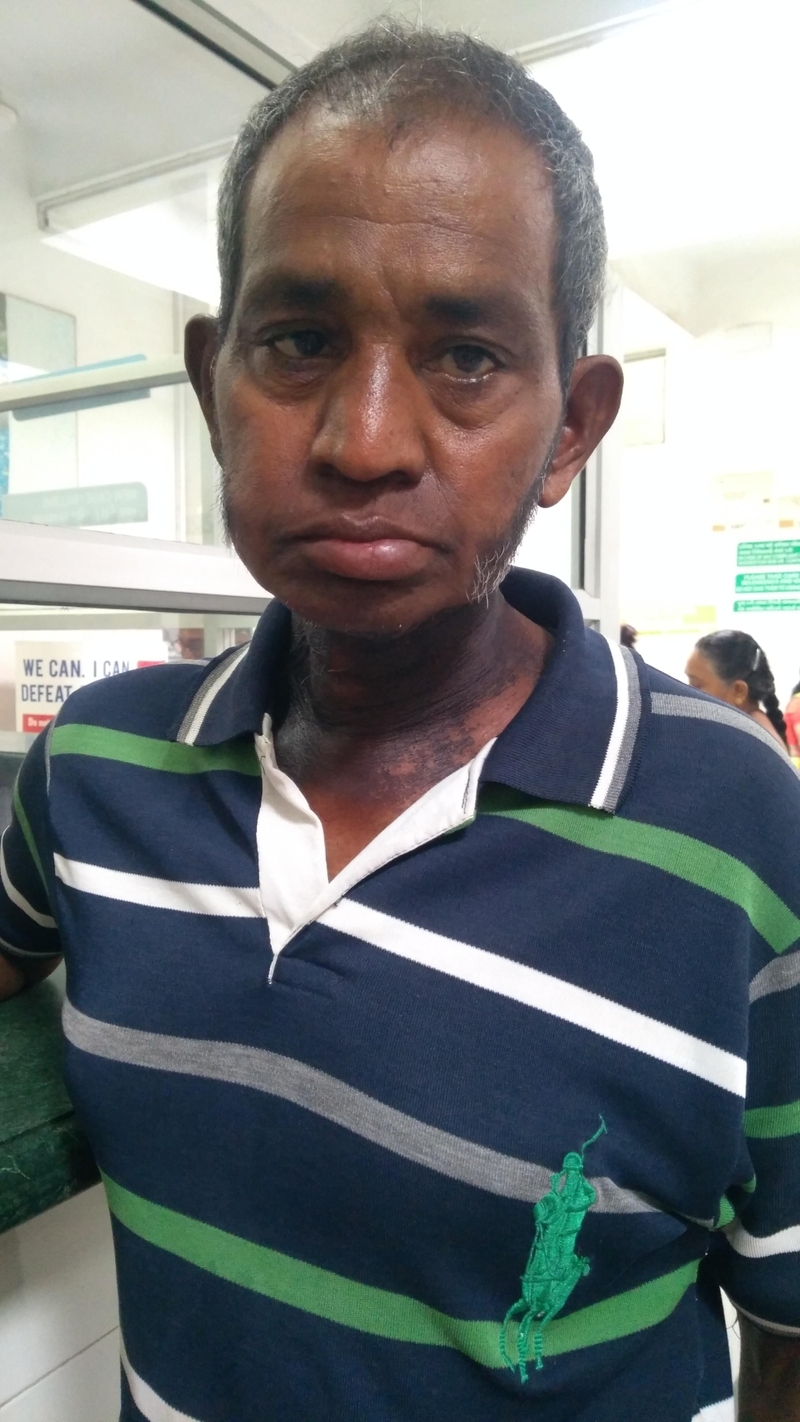 Near the Bhathiji temple in Chikhodra, a village on the outskirts of Anand in Gujarat, there lives a large family in a small thatched roof hut. The head of the family, Jivabhai is 55 years old. He has two sons, both married and having children. The 8 member family manages life in their own way through the income of Jivabhai and two sons daily farm wagers. Every morning they leave the house with the lunch tiffin and return in the evening. The young kids are the source of happiness for the family as they play around in the morning when breakfast is getting ready, and in the evening when all the family members gather after work.Three generations live together and enjoy a simple, modest life. Jivabhai's wife Shardaben along with her two daughters-in-laws takes good care of the family. Shardaben has a complaint. Jivabhai doesn't listen to her when she advises him to stop consuming tobacco. Initially, when he felt a stiffness in his jaw and had difficulty in opening his mouth wide, his sons Kamlesh and Harshad also suggested that he should heed to the advice of their mother. It made no difference as Jivabhai was addicted and could not give up. In May 2018 Jivabhai noticed an ulcer in his mouth and felt a burning sensation on his tongue. He had difficulty in swallowing food. They went to a nearby Clinic where the doctor, after examination, gave some medicines and advised him to go to Shree Krishna Hospital, Karamsad for further diagnosis. The Oncologist at the Cancer centre of the Shree Krishna Hospital concluded based on the biopsy test that Jivabhai had Cancer of the Tongue. Jivabhai began weeping and felt sorry that he had not listened to his family members, when they advised him not to take tobacco.The doctor worked out a schedule for operation, chemotherapy and radiation therapy and explained to the family the consequences and treatment cost involved. The family was in distress, They realised that they would lose Jivabhai to Cancer simply because they could not afford the treatment. The spectre of the painful treatment was another aspect they would have to deal with. When they described their difficulty to the Hospital staff, they were reassured that the Mandal would try to help. With the help and support of donors like you, the Hospital offered them treatment at subsidized cost. Jivabhai has undergone an operation and subsequently 16 radiation therapy cycles. He still has to undergo 16 more cycles before a final evaluation. He is showing signs of recovery. His family is hopeful that he will fully recovery one day.

Your donation will support 1 session

1111 people are currently supporting this.