by Social Action for Manpower Creation 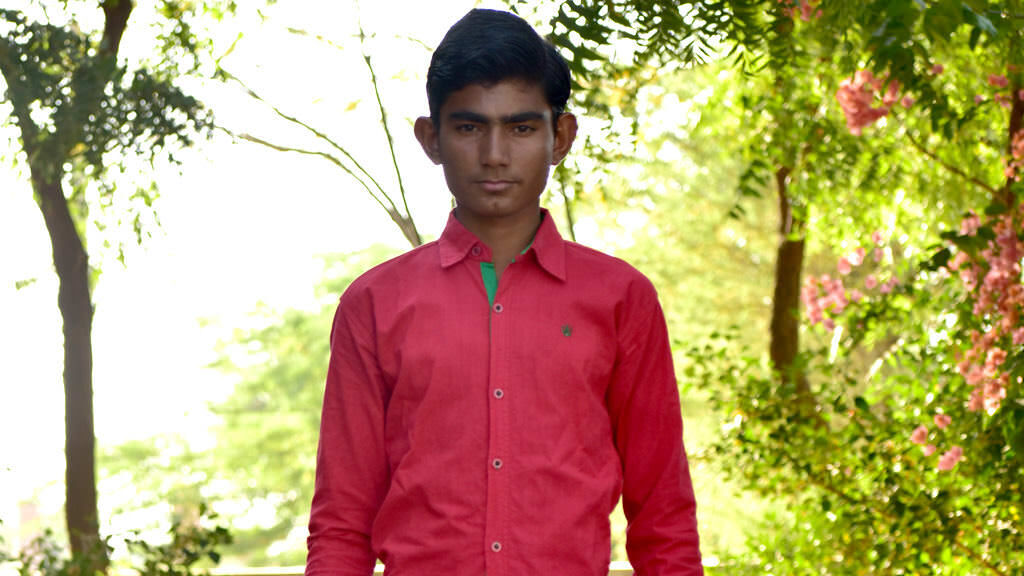 Thirteen-year-old Shrawan lost his father when he was very young. His mother works as a cook in a school. They couldn't afford to rent a home and hence had to live with relatives. Due to their economic condition, his mother enrolled him in the SAMPARC Balgram, Jodhpur.

Here he started to receive care, shelter, guidance, and education and his studies have improved. He stood 2nd in class in grade 8 and 1st in grade 9. He received a Tablet PC through the Rajasthan Government Scheme. He is now 17 years old. He scored 64% in Class X with the help of tuitions arranged by the Balgram.

He is now in class XII. He has left his past behind and works hard towards a better future..

Social Action for Manpower (SAMPARC) runs a Home at Jodhpur, which is mainly for children of stone quarry workers apart from destitute children and poor children with difficult living conditions.

The home works to provide care, shelter and education for children so that they can get a normal childhood. They arrange for special attention if the children need it. They also provide health care and recreational facilities as children need to play as much as everything else. They do not have the social stigma of whatever background they came from. They grow freely like other children learning various social and cultural values and traditions and are exposed to community life.

As a result the children of SAMPARC orphanage (balgram) are found strong, contented with culture values and self-esteem. Donate to this program and support an underprivileged destitute child build a future.

Working since 1984 for the children, Amitkumar Banerjee realized that children need an integrated support for development. At that time children of socially victim women, children of convicts received no support from government or any agency. Mr.Banerjee felt that every child needs shelter, care and protection and opportunity to grow.

Thus SAMPARC - Social Action for Manpower Creation was born as an organization in 1990. The journey of SAMPARC began with only 7 orphans and today over 500 children - orphan, children of socially victim women, destitute, and needy and also children of convicts, all of them are living under one shelter known as Balgram of SAMPARC organization. They do not have the social stigma of whatever background they came from. They grow freely like other common children. They grow with all cultural and social values. At the same time, they learn various social and cultural values and traditions and are exposed to community life.

The organization has served around 500 children. In 2016, Amit Banerjee was awarded the Samajik Puraskar Award by the Parampujya Swami Ramdevji Maharaj Yog Diksha & Rashtranirman Sabha for special contribution towards the care and protection and holistic development of orphan and destitute children.

Social Action for Manpower Creation has 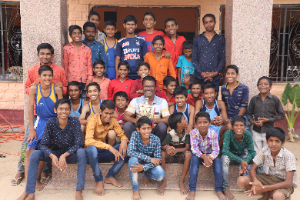 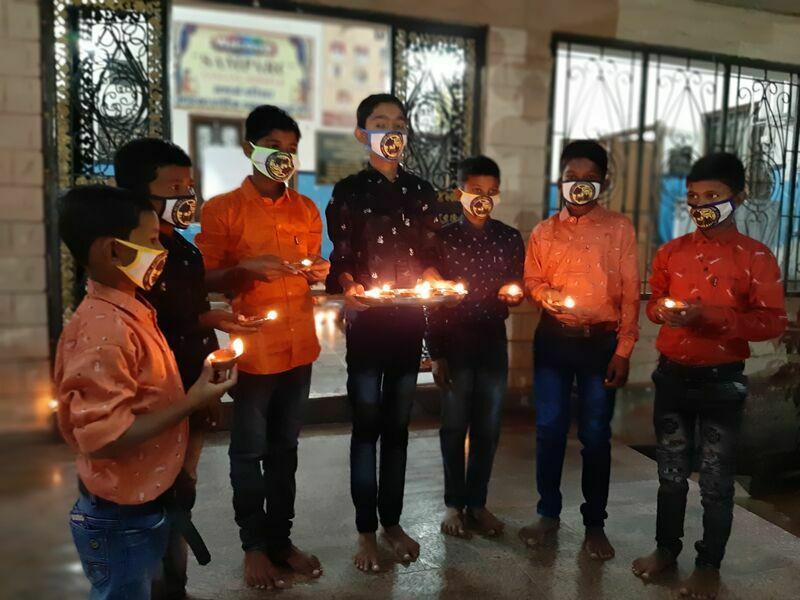 The children live in a homely atmosphere of care & support by Housemothers, counsellor who are working under the guidance of Project Incharge Mr.Sowmitro Banerjee.

Due to COVID-19 Pandemic situation, all children are at Home and attending classes online. At present the School Teacher gives printout of home assignment to children class wise and the children have to complete the given school homework and the Project In-charge submits the same to the School Teacher. Weekly 3-4 home assignments class wise are given to the children to complete and the Counsellor ensures children complete the given assignment and also helps them in understanding the same. Also Youtube links of lessons are shared by the school teacher topic wise and the Counsellor has made class wise groups of children and shows the children the Videos on the computer. The computer lab in the Children’s home is now of immense help to the children to attend online classes and also to watch lessons on YouTube. The Counsellor and Project In-charge are ensuring that children are regularly completing school homework and clearly understand the lessons.

Winners of the competitions are as follows-

Mrs.Sangeeta Beniwal, Chairperson of Child Rights Department Rajasthan felicitated winners of the competition and felicitation program of the children was organized in Jodhpur Govt. Girls Home. 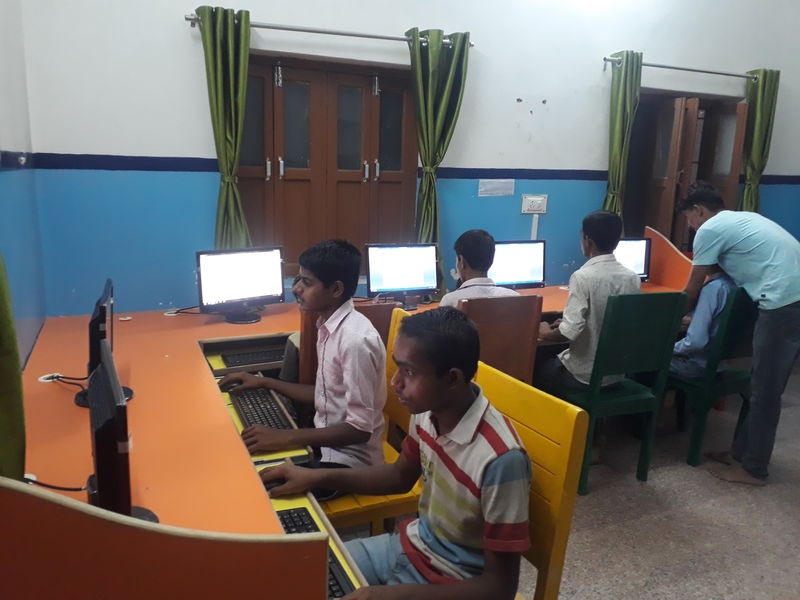 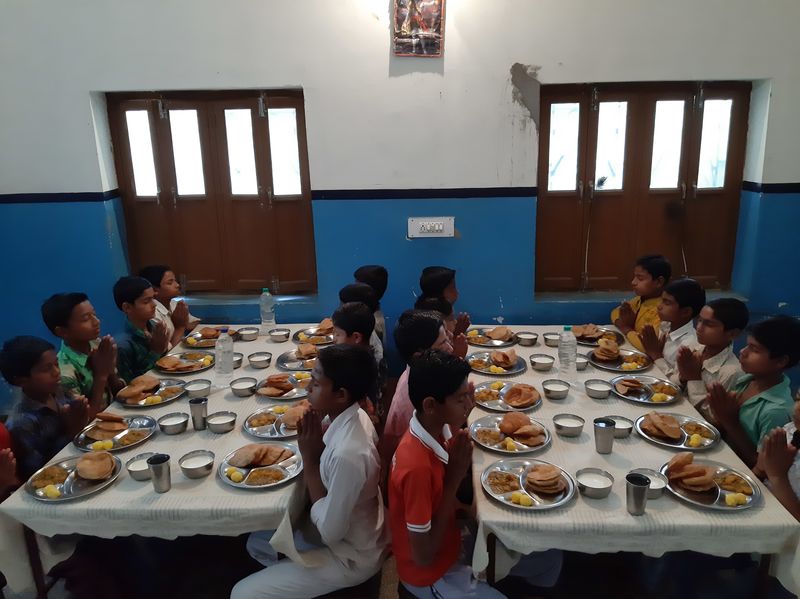 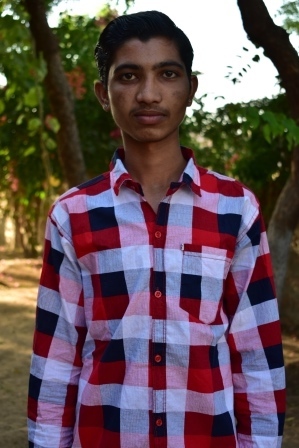 All the children are healthy, happy and attending school & classes regularly. The children live in a homely atmosphere of care & support of Housemothers, counsellor & Project Incharge.

The children have performed well in First Semester Exam.Now, all the children from 2nd to 12th std have appeared for final exams and the result is awaited.

Overall health of the children is good. Children receive balanced food and the Menu prepared is as per the guidelines fixed by Child Welfare Committee, Jodhpur.

On December 25th 2018, Computer Training Centre was started in the Children's Home and children from 7th to 12th std are receiving training in Computers.

Mukesh is from a poor situation. His father passed away due to TB. His mother used to work as daily wage labor and take care of her children but now she is unwell and unable to work. He has 3 brothers and 1 sister. His Sister is married. Recently his elder brother has started working and is taking care of his mother and 2 younger brothers. Mukesh got admission at SAMPARC Gangani, Jodhpur centre for proper education and care towards bright future.

Mukesh joined SAMPARC when he was in 6th std. He received admission in Rajkiya Uccha Madhyamik Vidyalay, Gangani, Tahsil Baori, District Jodhpur. Mukesh received proper care, education and nutrition. This year Mukesh appeared for 12th std final exam and his result is awaited. He will appear for entrance exam of Basic School Training Course, Jodhpur and if he will pass the entrance exam, he will pursue the course. If he is unable to pass the Entrance then he will take admission in ITI in Electrical Wire man. Mukesh is working hard towards a secure and bright future. 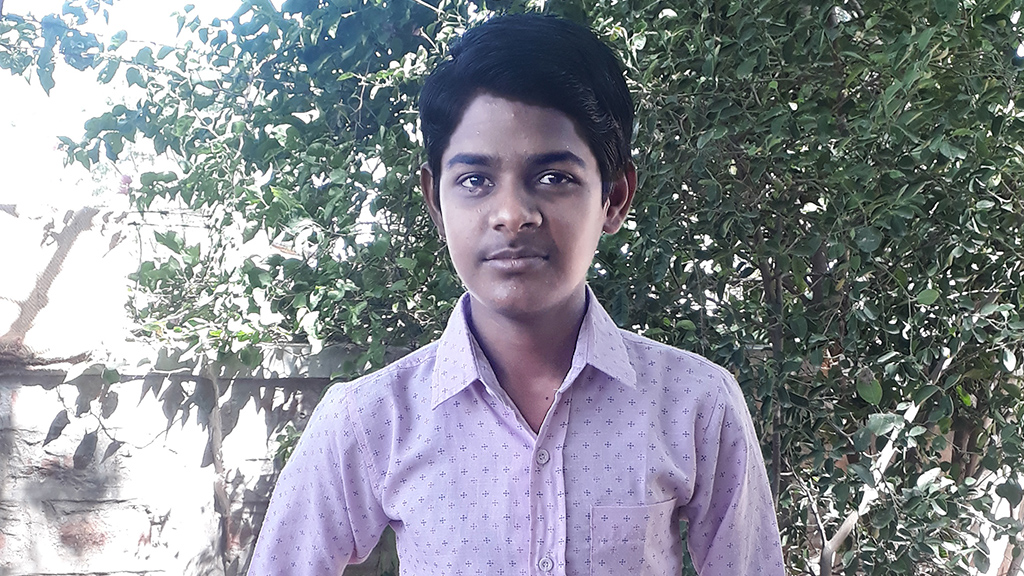 SAMPARC Children's Home in Jodhpur started in the year 2011, is licensed under the Department of Women & Child Welfare, Government of Rajasthan. 43 boy children are receiving care and protection in the Children's Home.

During the academic year 2017-2018, 43 children from 1st to 12th std have passed the final exam and achieved 100% academic result. Outstanding achievement is by Shravan Chowdary from 12th std who scored 78.8% in HSC Board exam.

Kharta's father worked in a stone Quarry as a labor and was suffering from T.B. He passed away a few years back. His mother works as a daily waged labor, but is unable to earn enough and take care of 4 children. Among the 4 children, Kharta and Deepa Bhil are under SAMPARC care. The other two children are handicapped and are with their mother and their old grandfather. Kharta's mother was the only earning member in the family. Kharta's education was neglected due to poverty. After Kharta came to SAMPARC, he was admitted into school. He started in 4th std, ideal for his age in Rajkiya Uccha Madhyamik Vidyalay, Gangani.Tahsil Baori, dist.Jodhpur. Kharta and Deepa Bhil are first generation school goers in their family. Kharta is now in 10th std and after completing higher education he is looking forward towards a bright future. Kharta is receiving proper care, education, nutrition and is working hard towards a secure and bright future.