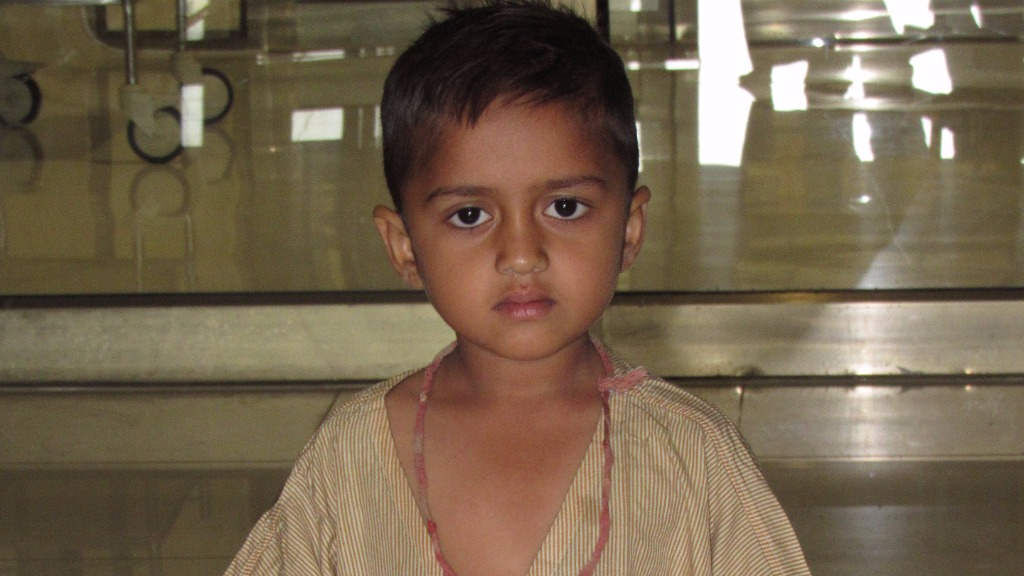 When Sandip was 8 years old, he was diagnosed with Hodgkins Lymphoma, a cancer of the immune system.

His father had passed away and the only breadwinner of the family was his mother. She worked as a daily wage labourer on a farm. Her earning was not even enough to scrape together food for both of them.

The doctors said that Sandip could make a complete recovery. But there was no way for his mother to put together the money for his treatment. She was utterly devasted at the thought that she might lose her only ray of hope because she could not afford to pay for his treatment.

Charutar Arogya Mandal discovered her case and took full responsibility of Sandip’s treatment. They paid for his radiation and chemotherapy until he was completely cured. Sandip and his mother now have a future to look forward to all thanks to the donors who helped them.

Donate now to help an underprivileged child like Sandip fight cancer. You can give with confidence because every program on our platform is GIVEASSURED. Your donation will pay for the child’s treatment.

The cancer center at Shree Krishna Hospital, managed by Charutar Arogya Mandal treats patients from weaker economic groups who cannot afford the treatment. Background checks and home visits are conducted to determine the socioeconomic condition of the patient to ensure that the patients in need are getting the aid.

Each patient goes through recommended sessions of radiation therapy which can go up to 25 sessions per patient. The Center offers a state- of- the- art multidisciplinary cancer care at affordable or no cost. With a range of experienced and compassionate experts in Cancer, it has evolved as a shelter for the needy patients.

Several types of cancer in children have survival rates of around 80% with proper treatment and Charutar Arogya Mandal strives to help as many patients as they can. Patients like Sandip need your help, donate to the program and help save a patient battling with cancer.

A Ray of Hope

A Ray of Hope 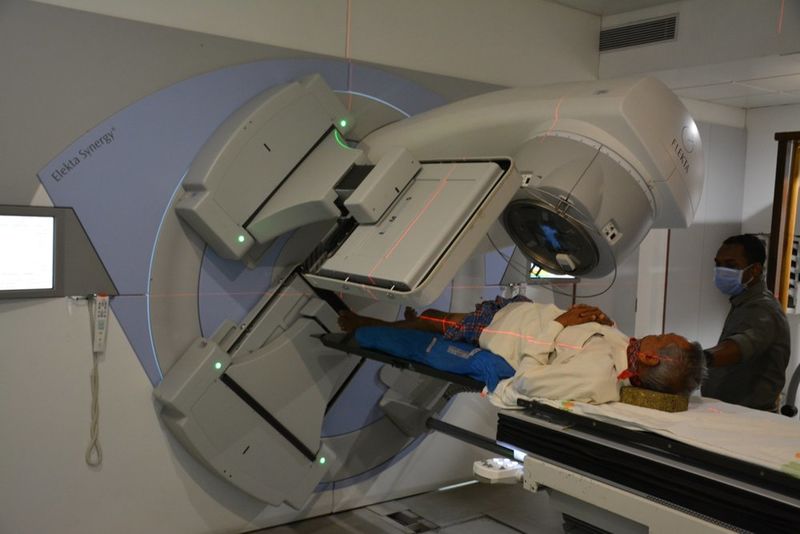 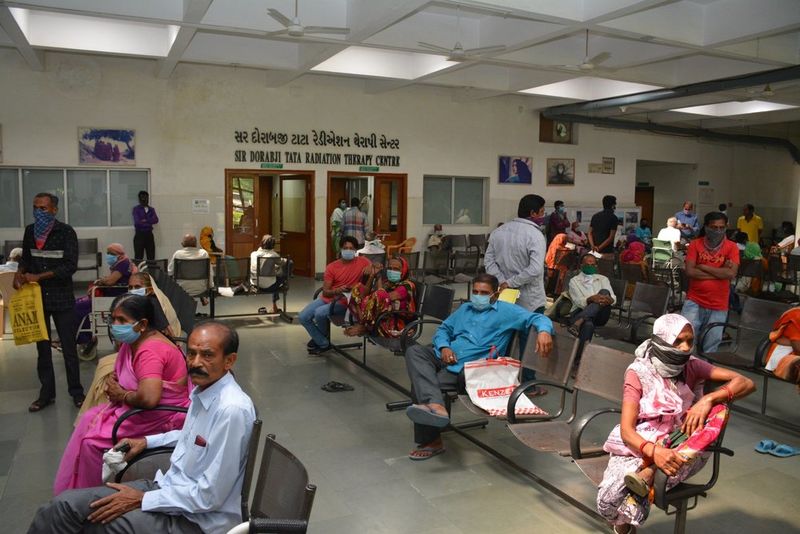 Charutar Arogya Mandal has been managing the 30-bed Sonaba Hospital and Sadaba Prasuti Gruh for over 9 years now. Under the aegis of the Sonaba Hospital Trust, a function was organised on 27th December 2019 to dedicate a Mobile Health Clinic Van. It was donated by Dr Jayantibhai G Patel, in memory of Late Smt. Ramaben Patel for the SPARSH programme which reaches out with health-care solutions, related to non-communicable diseases, to 150 villages of Anand and Kheda districts through various initiatives such as camps, awareness programmes and interactions with students. The Van which is equipped with a fundus camera, Vibrotherm, ECG machine, facilities to check Hb1Ac, medicine dispensing etc. is expected to cover 50 villages
around Sevaliya.This would enable early diagnosis and examination of diabetic patients through village camps. 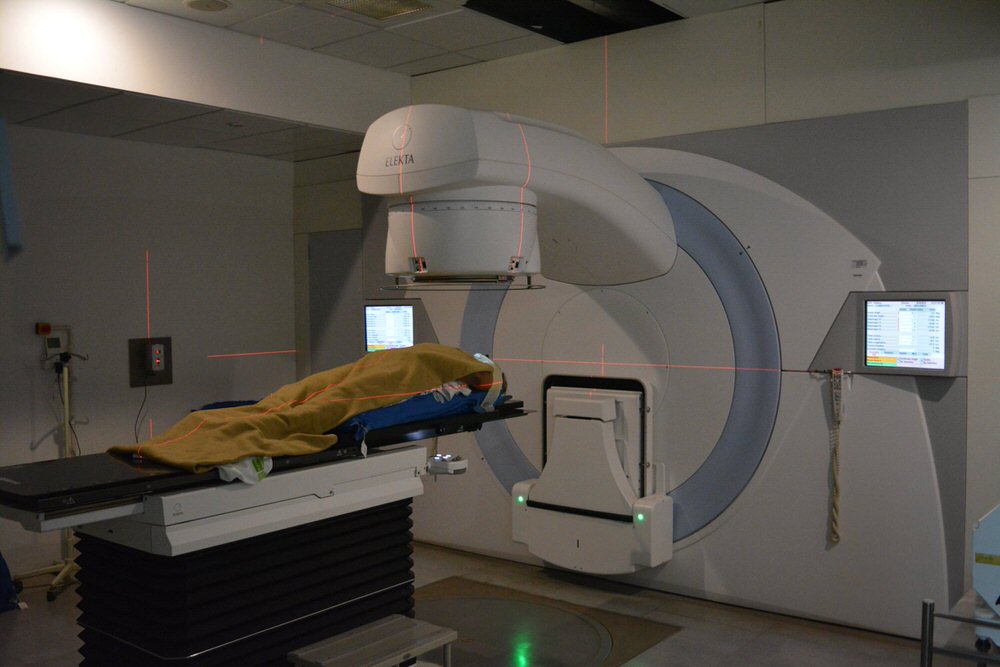 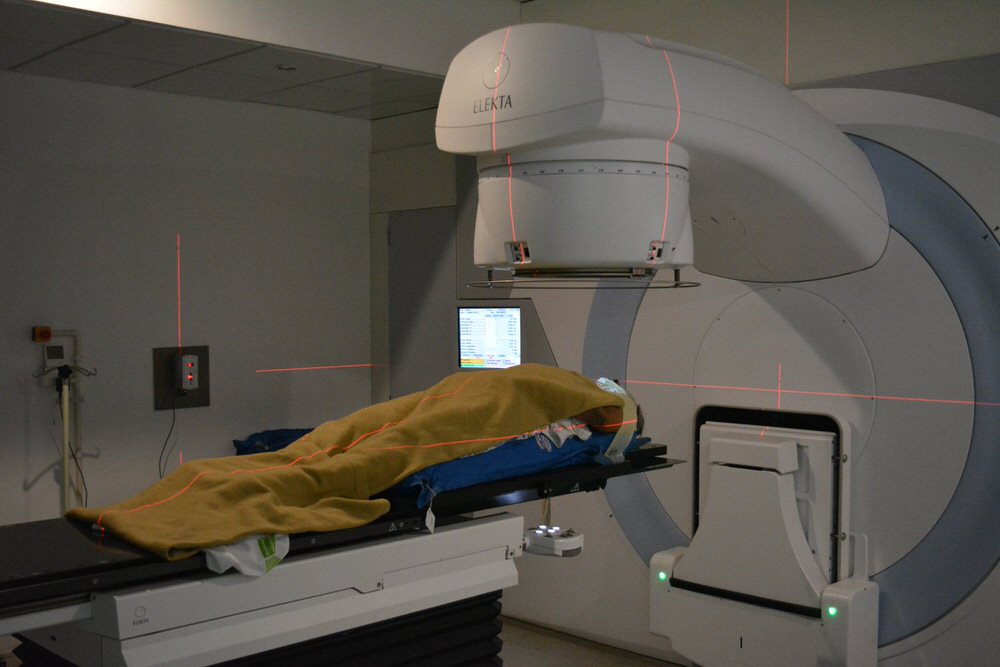 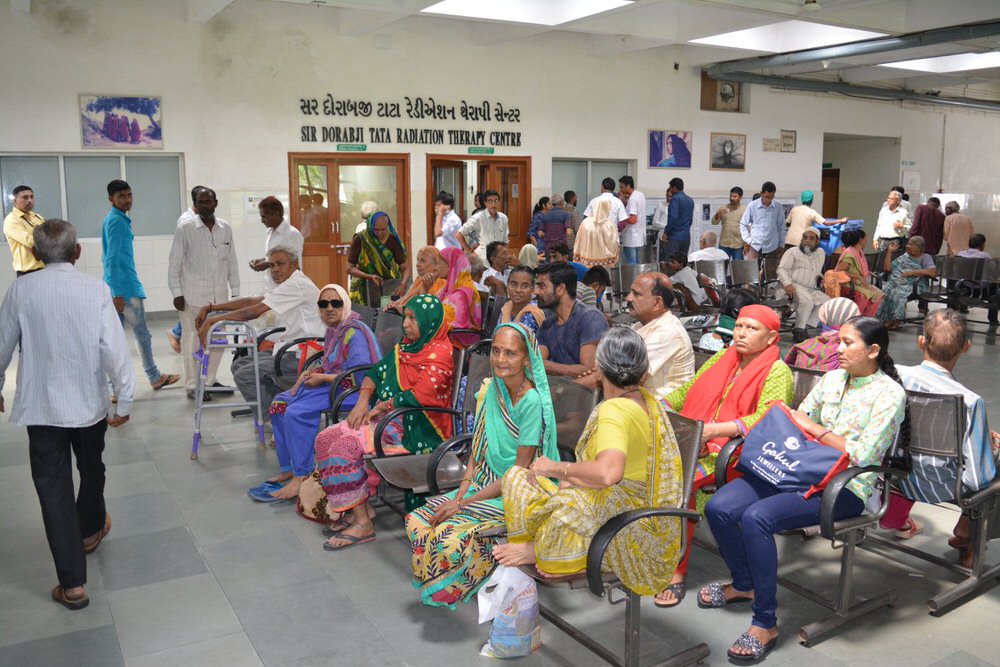 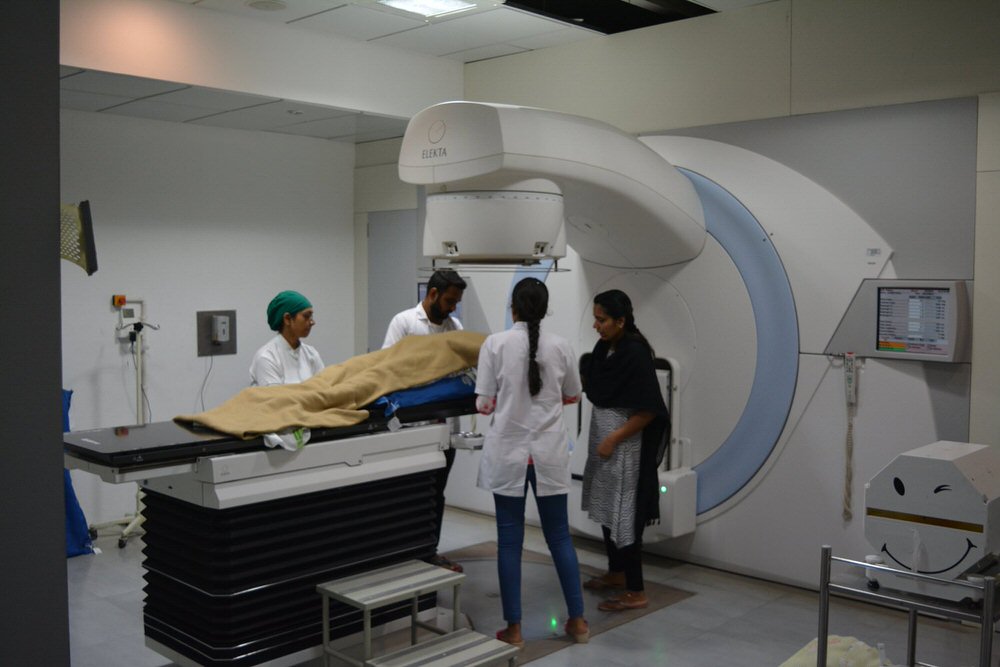 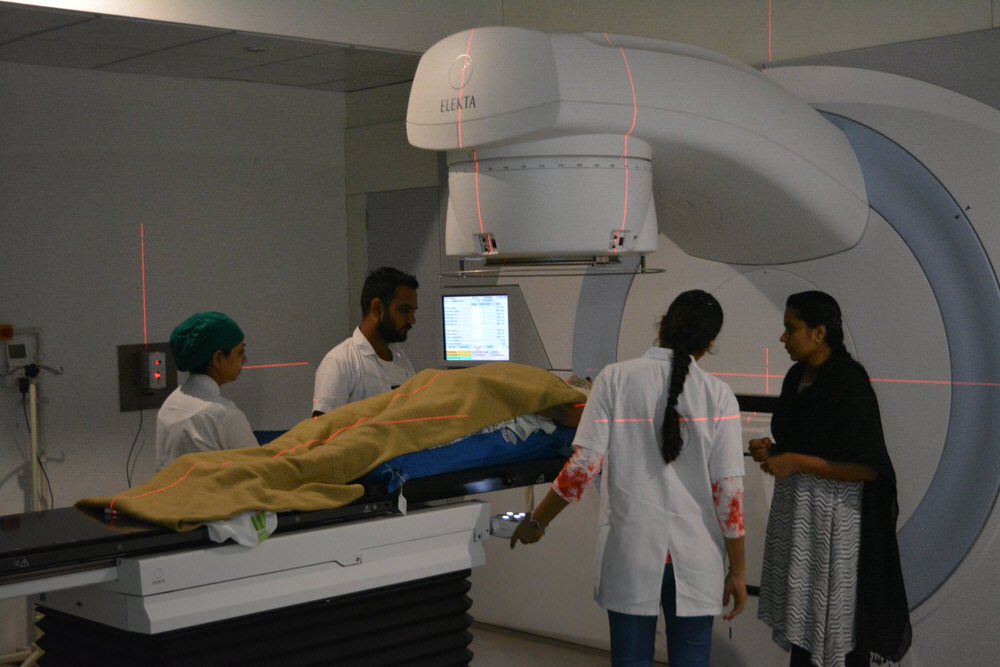 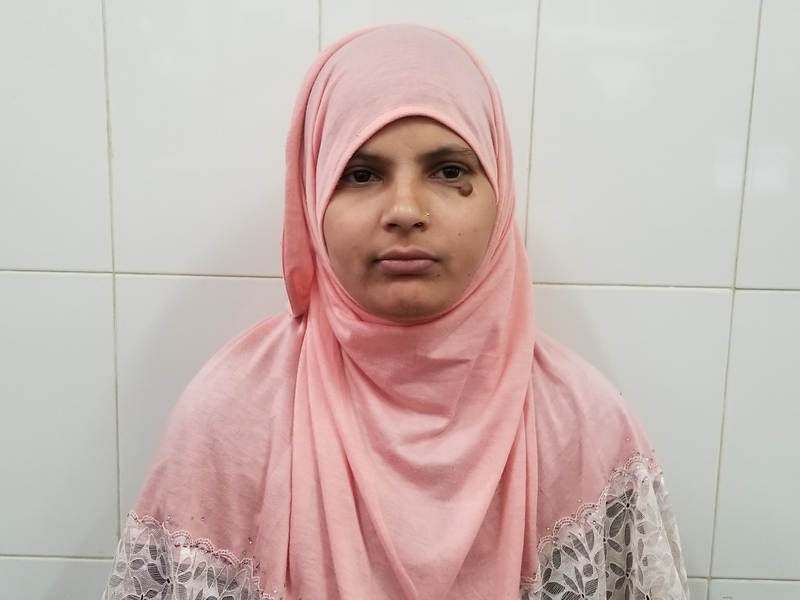 29 year old Mukeeta belongs Anand. Her husband Yasifbhai is a daily wage worker. Her in-laws stay with them. Though short of economic resources, they are happily married and have three children in their married life of nine years. In winter of 2018 for the last few days Mukeeta had cough and sore throat. She tried home remedies but the coughing continued. Suddenly one day while changing, she noticed a lump omn her left breast. She panicked and her mind wavered with fears of the unforeseen. She spoke to her neighbour friend who advised her to consult a doctor. The lump seemed to enlarge day by day. The skin colour & treatment texture had changed. Examination by the doctor and subsequent biopsy tests revealed that she had breast cancer. The world crashed around her. The oncologist councelled them that regarding the need for surgery, followed by radiation therapy & chemotherapy. She Examined that the estimated cost would br Rs.2 lakhs. Yasifbhai expressed to the doctor his unability to afford the treatment cost. The case was discussed within the Mandal team. Considering their family background, it was decided to treat her at subsidized rates with donor support. She was operated in April 2018. After follow ups radiation therapy & chemotherapy were started in December 2018. She has successfully completed her radiation therapy & chemotherapy. Now she has returned to her routine life with no fear whatsoever. The family is grateful for the support received from the Hospital as well as the donors. 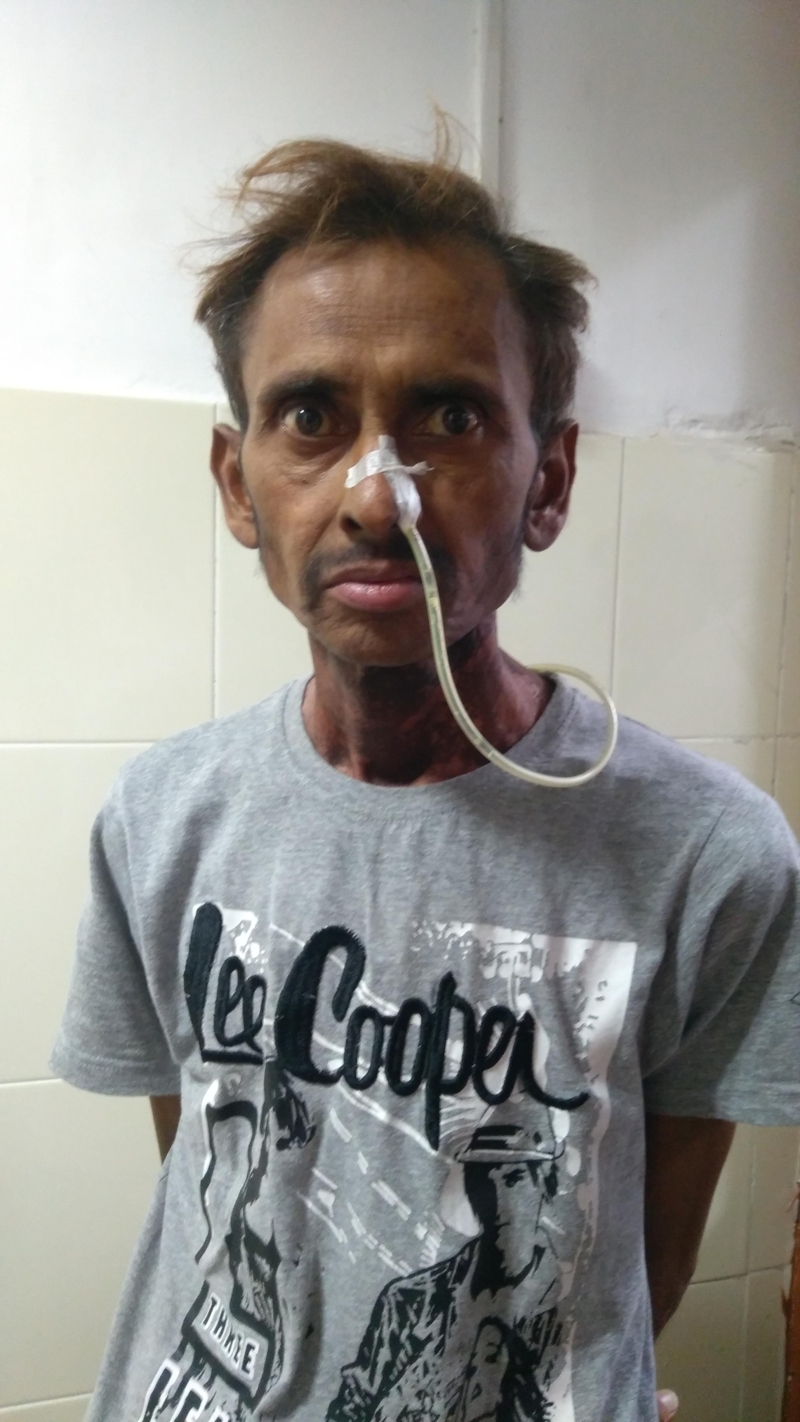 Jigneshbhai lives in Vadodara with his monther, wife Hiralben, teenage son Jaymin and daughter Shitiksha. He gets up early in the morning and has to leave home in time to pick up the school children on a door-to-door basis and safely take them to school in the Van which he drives. Hiralben is very supportive as she gets up at 5 o'clock and prepares breakfast. After Jigneshbhai leaves, she gets Shitiksha ready for school. She also has to take care of her old mother-in-law. Jigneshbhai enjoys the company of his friends who are in a similar profession. Because of the monotonous nature of their work, many of them sit and smoke when they meet. That's how Jigneshbhai began smoking. His wife was not very happy to see him smoke and kept advising him to stop. But the addiction was strong so he could not resist the urge. In May 2018, Jigneshbhai had extreme throat pain & had difficulty in swallowing. He felt uneasy & could not focus on his driving. So he took few days leave, took rest at home but the pain continued. They came to Shree Krishna Hospital, Karamsad for medication. The doctor suggested Biopsy. Biopsy reports revealed that he had Cancer of Right PFS & AEF, and his right lung was affected. The Oncologist advised that he must undergo a treatment regime of chemotherapy and regular Radiotherapy. He is presently admitted at Shree Krishna Hospital, Karamsad for treatment and under nasogastric feeding. Since he is the only earning member in the family and earns a very nominal income, further treatment is beyond their means. With tears Hiralben checked with the doctor whether they could get some help. Considering their socioeconomic profile, the Mandal decided to take the responsibility to support Jigneshbhai for his Cancer treatment at subsidized rates with the support from generous donors like you. He is undergoing Radiotherapy cycles and responding well to the treatment. Both Jigneshbhai and his wife Hiralben are thankful to all donors who have contributing towards his treatment.

Your donation will support 1 session

1045 people are currently supporting this.