by Daudnagar Organisation for Rural Development 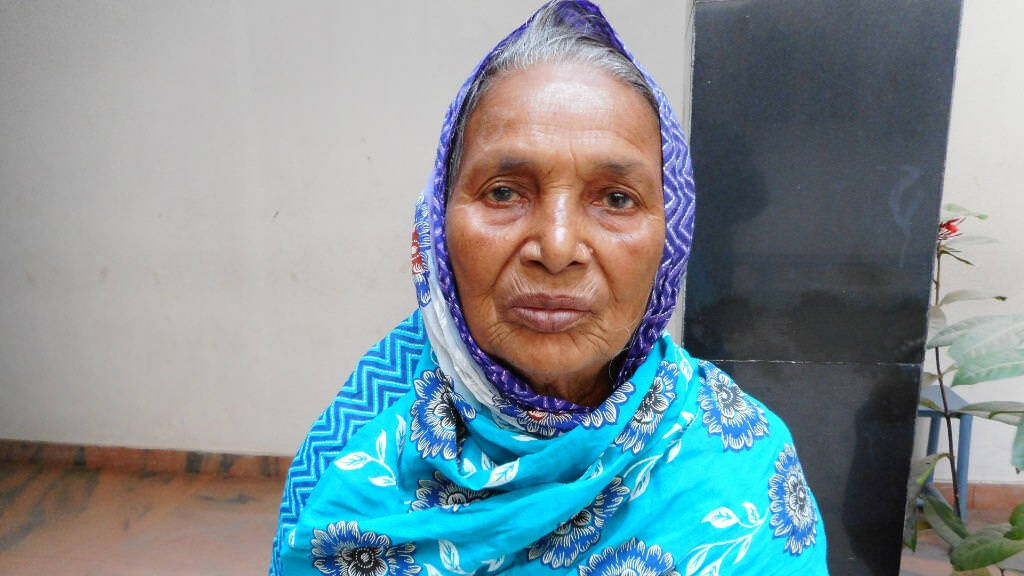 Every monthly donation provides more patients like Rajmati with surgery

Seventy-year-old Rajmati was dependent on her sons for sustenance. Her age-related issues didn't allow her to work for a living. Things became worse when she developed loss of vision due to cataracts.

Her sons didn't earn enough to pay for her surgery. As Rajmati decided to resign to her fate, they came across the free of cost surgery camp organized by Daudnagar Organization for Rural Development.

Today, after a successful surgery Rajmati has her vision restored. She has regained her confidence and does her personal chores with hardly any assistance from family members. It is like a new life for her.

Cataracts are often related to the ageing process and found in older people, but they are also occasionally found in younger people. It is completely treatable but if left untreated, the person becomes totally blind. But due to poverty, many senior citizens live with blindness.

Daudnagar Organisation for Rural Development (DORD) runs an eye hospital at Daudnagar in the Aurangabad district of Bihar. DORD organizes free camps for senior citizens who are below poverty line where they are screened for free cataract surgeries. Patients are provided with consultation, surgery, accommodation, spectacles, medicine, transportation, and follow-up treatment

By donating to this program you will help poor senior citizenes get free cataract surgery and reclaim their life.

DORD(Daudnagar Organisation for Rural Development) is an NGO that works for the upliftment of the poor and marginalized sections of the society, empowerment of women in both urban and rural areas and eradicates poverty, diseases, malnutrition, patriarchal violence, and exclusion. It strives towards its vision of the empowerment of the society through knowledge and action.

There are various projects running under DORD which includes DORD Hospital, schools, free of cost cataract surgeries for poor and old people, children open shelter, women empowerment and many more. The DORD hospital has expanded its reach far to the southern parts of Bihar with no eye care services. It has performed around 8000+ surgeries in the year 2011-12 of which 79% have been free of cost.

The principal beneficiaries of the Anganwadi Training Centre are adolescent girls, all children below 6 years of age, pregnant and lactating mothers.

Under the women empowerment scheme, it dreams to create an environment free from gender bias where everyone has equal rights and opportunities to grow. 123 malnourished children have been rehabilitated, and 421 children have taken up modern education in the past one year. The statistics of the development and the growth caused by the organization has been splendid.

Daudnagar Organisation for Rural Development has 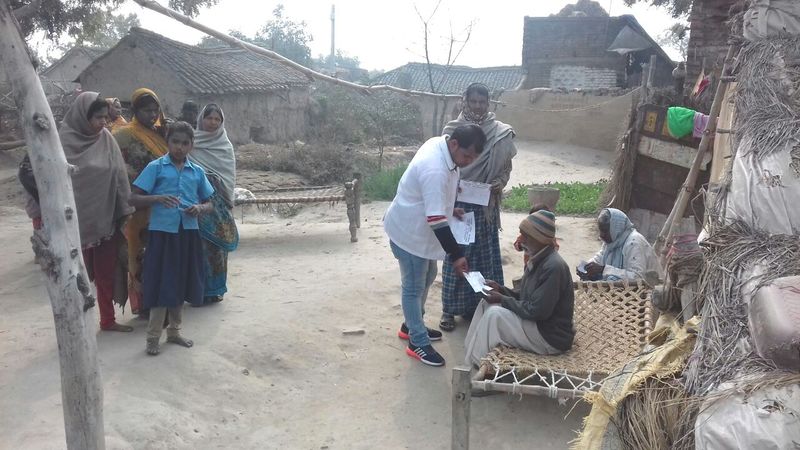 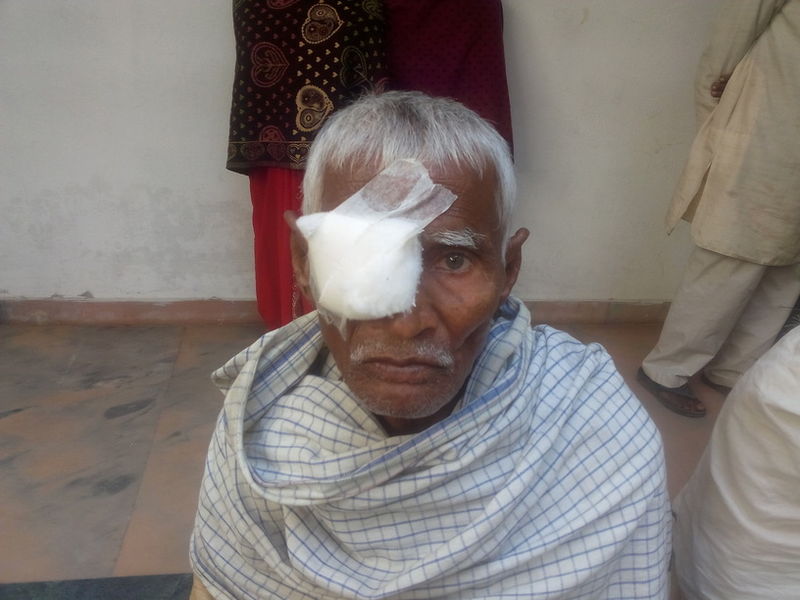 DORD is focusing to make self sustainable solutions for the DORD hospital and DORD School. Architectural design of DORD hospital has been changed with ample space for OPD and operation theatre. Hospital has purchased IOL master 700 of JEISS for IOL power calculation. As such, post operation surgery improved and quality of services increased. We have been able to increase our impact and overall reach as well. We organize free camps in the field and cover thousands of families to raise community awareness about primary eye care prevention and its services. Every year we perform thousands of surgeries and more than 75% are free of cost.

Patients receiving the care and support

Patients receiving the care and support 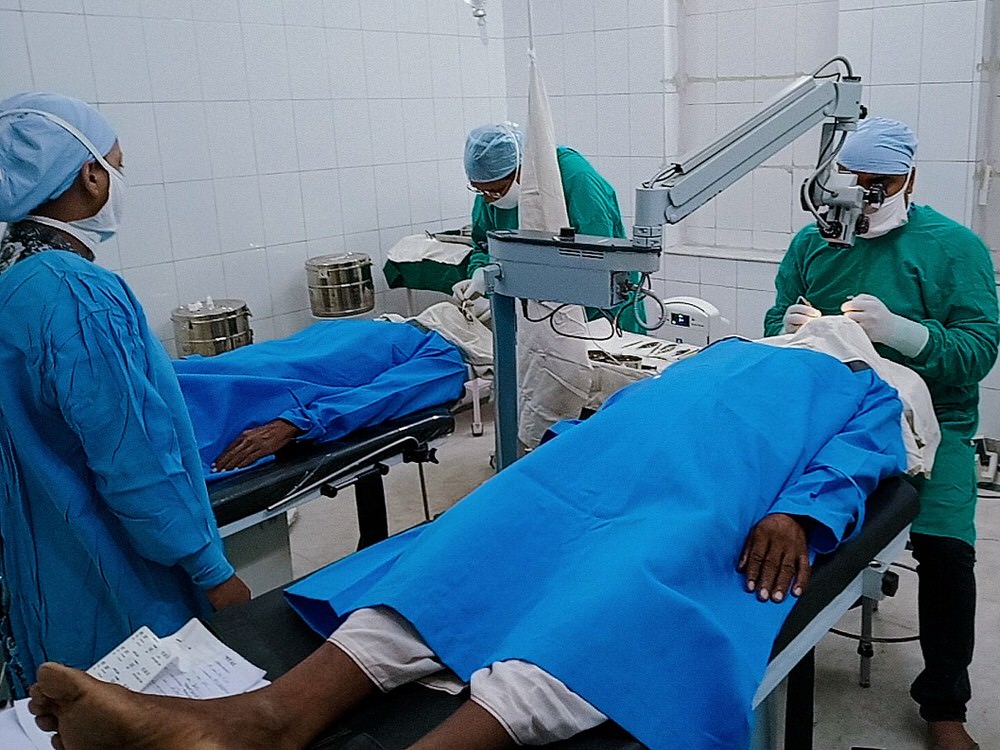 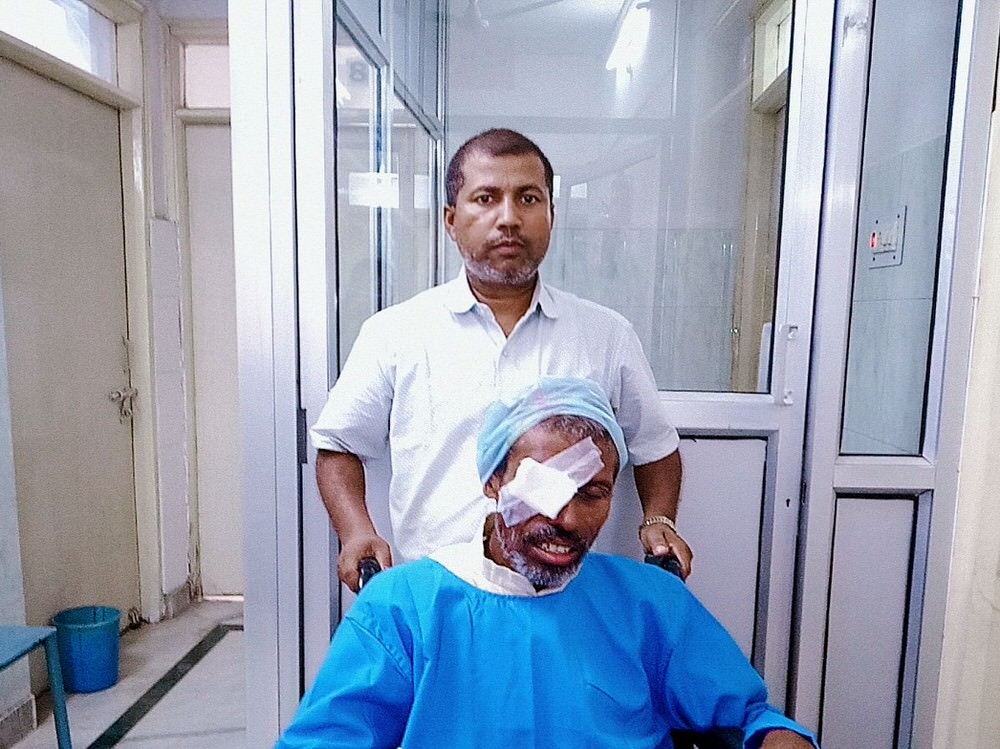 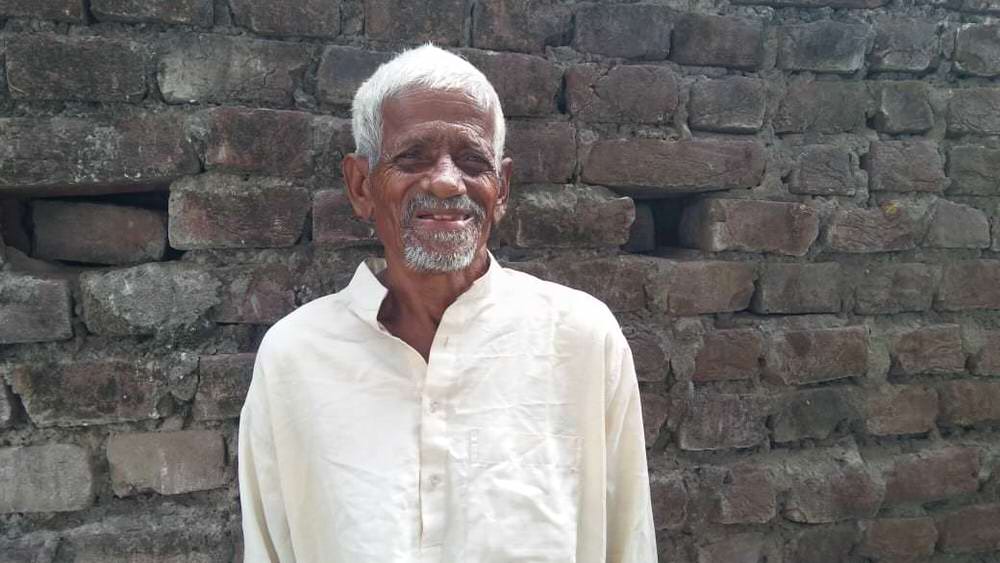 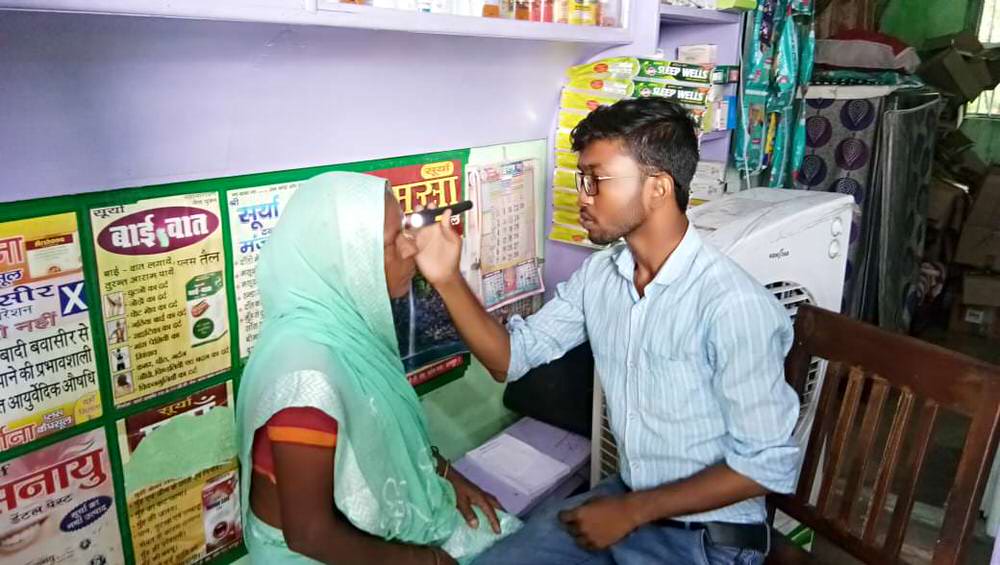 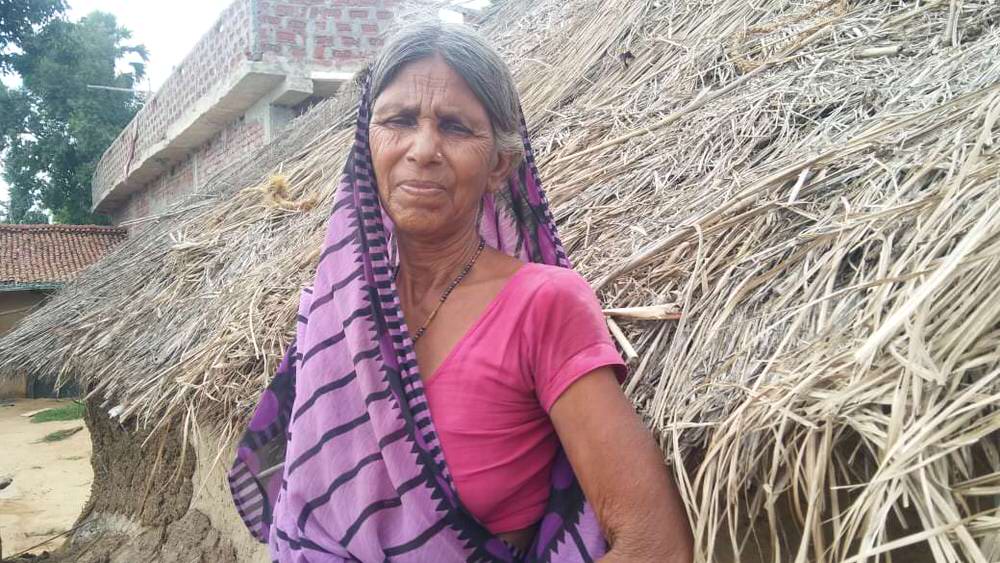 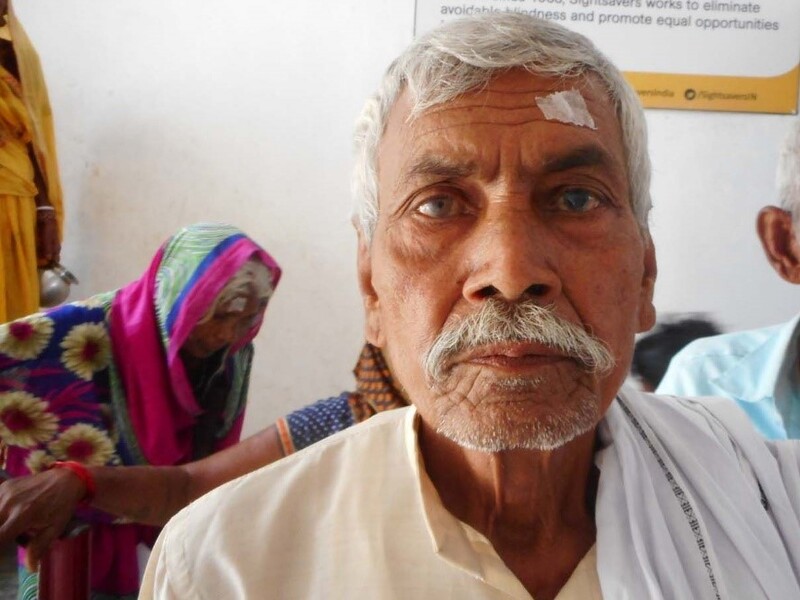 DORD is running 50 Bedded Eye Hospital at Daudnagar in Aurangabad district of Bihar state. We have performed 1707 cataract surgeries in the last 3 months (Jan-Mar) 2019. DORD Hospital serving more than 4 districts in south Bihar of Aurangabad, Arwal, Bhabhua, Gaya and Rohtas. Every year hospital perform 6,000+ eye surgeries in our base hospital and more than 80% are free of cost to poor patient. we achieve this target with high quality treatment and surgery. Organize free camps in the field and cover thousands of families to raise community awareness about primary eye care prevention and its services at their door step in Govt as well as in private hospital like us. Our Optometrist do OPD and selected cataract patients bring in the base hospital through private bus. After investigation and do surgery next day. At the time of discharge of patient, we give them Free medicines and black googles. During 1st Follow-up in one week, we distribute power glasses according to their visual acuity.

Ramlagan Paswan 69-year-old poor man began to suffer from diminishing vision in his eyes which eventually caused him to stop working in his fields and stay at home. His vision had deteriorated to such an extent that he needed a family member to support him in all his daily activities. His village is as remote as it is picturesque. There is a private eye hospital located about 40 Km from the village. Such distances were just not traversable for an old man with vision impairment. This in addition to his poor economic condition stopped him from availing any treatment for his eyes. He hoped that he would get some support from his sons but none of them helped. He was despondent about his fate and anxious about the future. One day, a village shopkeeper told him about a handbill, announcing a free eye screening camp in a DORD hospital, Daudnagar, Aurangabad, Bihar. He managed to reach the camp on the day of the eye screening and there he was diagnosed with cataracts in both his eyes. His left eye were operated on and post-surgery, he can now see as clearly as before. He has resumed working in his fields and caring for his animals. Additionally, Ramlagan takes advantage of his regained vision and his new found ability to travel by going to the market regularly to sell the vegetables he grows. 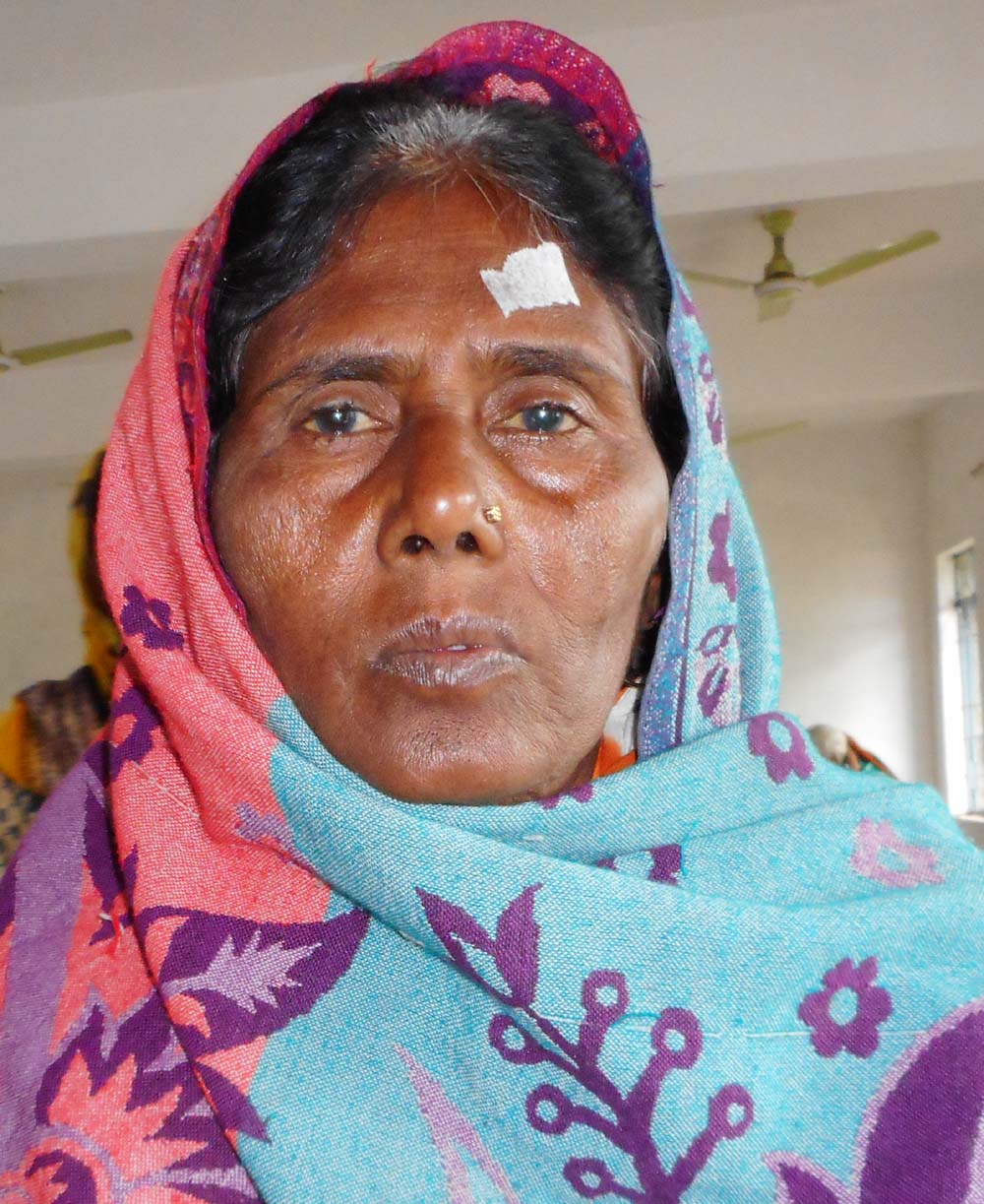 DORD Hospital performed 1772 cataract surgeries in the last 3 months (Aug-Oct), 2018. Every year, we do 7,000+ eye surgeries. More than 80% cataract surgeries are done FREE of cost for the poor. 50 Bedded eye hospitals serving more than 4 districts in south Bihar. Our optometrist and field staff select cataract patients and bring them in base hospital in private vehicle. Our Ophthalmologist do surgery in OT and discharge them next day.

Sakina Khatoon reached Primary Health Center at Obra Block for her eye check-up organized by DORD Hospital with very negative frame of mind. Failing her vision was affecting her work as labourer, bearing financial burden on her shoulder to support a big family consisting her three boys and two girls. Two children were married. Her husband Abdul Kayum Ansari was not getting support from his son, who was working in a private firm. Poverty and unemployment reached abysmal level that even getting two simple meals was difficult for them. Moreover, She has to marry her daughter & other sons. The doctor diagnosed matured cataract, but she could not afford surgery cost. With help of Donor, her cataract surgery was done free of cost in DORD Hospital. Her vision is 6/12 now. she resumed work in field and manages her two times meal for her family. Sharing her story among other laborers and motivating them to get free check-up in screening camps. She is advocating other community members to support DORD Hospital who is working for common cause and committed to remove blindness from her area.

Your donation will support 1 Patient

41 people are currently supporting this.