Feed a grandparent through a community kitchen by Manavlok 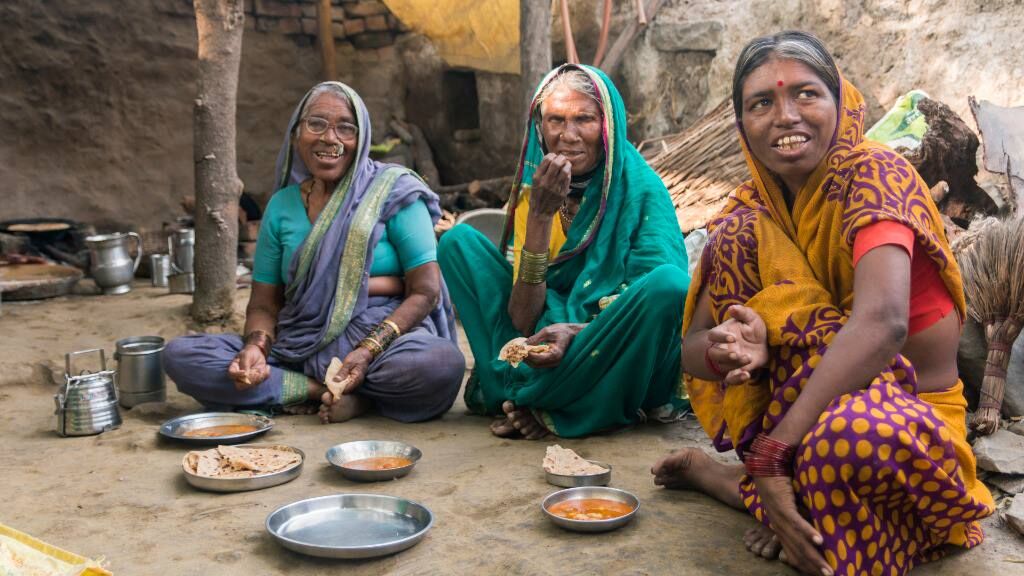 Senior citizens like Ansabai shouldn’t have to worry about their necessities.

Ansabai is a 82-year-old widow from Morphali village in Dharur. Despite her age, she works as a farm labourer to support herself.

She has health problems which do not allow her to work regularly and she is not able to earn nearly enough money to have two meals a day. Her son moved to a city for work and does not keep in touch with her anymore. She has no one else to look after her or provide for her.

Ansabai felt completely helpless and began to beg on the streets. She still went to bed hungry on most days. Over time her health worsened and she could no longer work or earn.

Ansabai’s life changed when she was added to the Manavlok kitchen program. They began to provide her with two fresh meals a day. Her health started improving with this regular supply of nutrition.

She got back to working on the farm, and no longer worries if she is unwell and cannot work on some days. Manavlok’s community kitchen has given Ansaibai the security she deserves after a lifetime of providing for her family and herself.

Every senior citizen should be able to have at least two meals a day. Give now to help a poor senior citizen like Ansabai stop worrying about basic necessities. You can give with confidence because every program on our platform is [GIVEASSURED]

Manavlok is a voluntary organization for the socio-economic upliftment of the rural poor. The beneficiaries in this program are senior citizens who have been ignored or by their families.

The community kitchen for elderly citizens started off from their community kitchens project which provides meals for people of all age groups. This program is implemented in 5 villages of Ambajogai district, Maharashtra and close to 75 senior citizens are served two meals a day.

When you donate to this program, you become the reason for a senior citizen no longer going hungry.

The foundation for Manavlok was laid by Dr. Lohiya in the year 1962 with an aim to solve the socio-economic problems of the community. Manavlok is the abbreviation for Marathwada Navnirman Lokayat, where Navnirman means Creation and Lokayat denotes people's opinion.

Manavlok symbolizes a new idea or an experiment in rural development. It is actively involved in river rejuvenation, desilting of dams, providing seeds and fertilizers to the farmers. The organization believes that collective local leadership plays an essential role in mobilizing the local resources and making their best use. It trusts in providing the means for development. Their focus of action and control are the villagers themselves.

The present secretary of Manavlok – Mr. Aniket comes with 25 years of experience in advance farming. His presence with the organization has proven to be very instrumental. He framed a holistic approach by bringing in agricultural technologies for water conservation to the poor farmers.

Manavlok shows a better way of living to these farmers thereby rejuvenating their trust and improved knowledge on farming.

2017: Outstanding contribution towards creating an impact in the lives of underserved youth

Community kitchens for the deserving

Community kitchens for the deserving 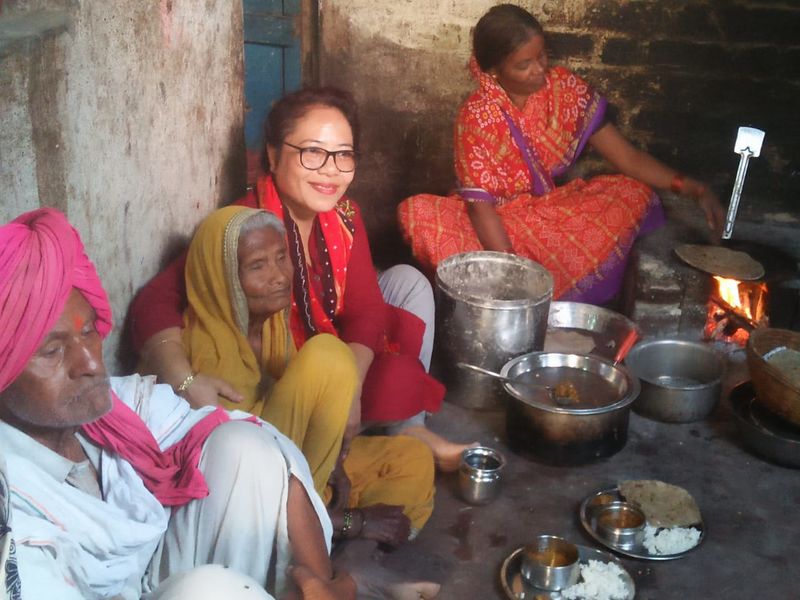 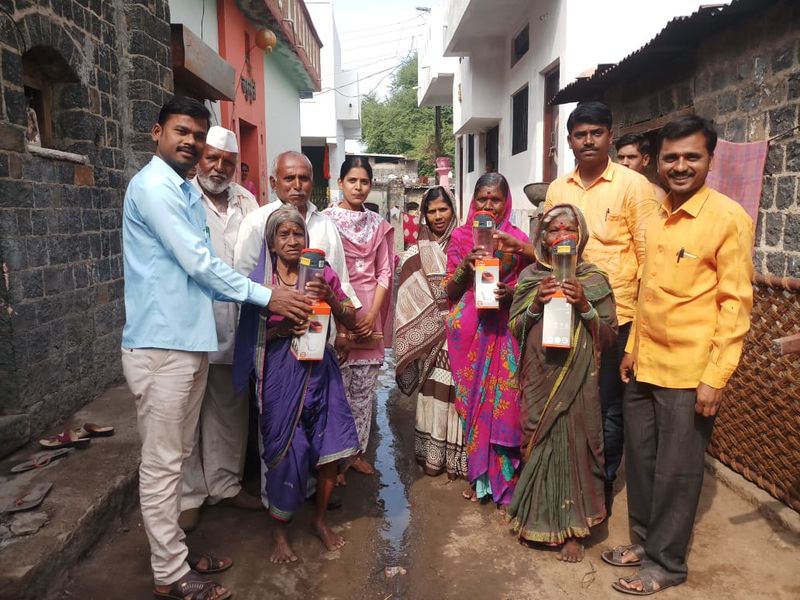 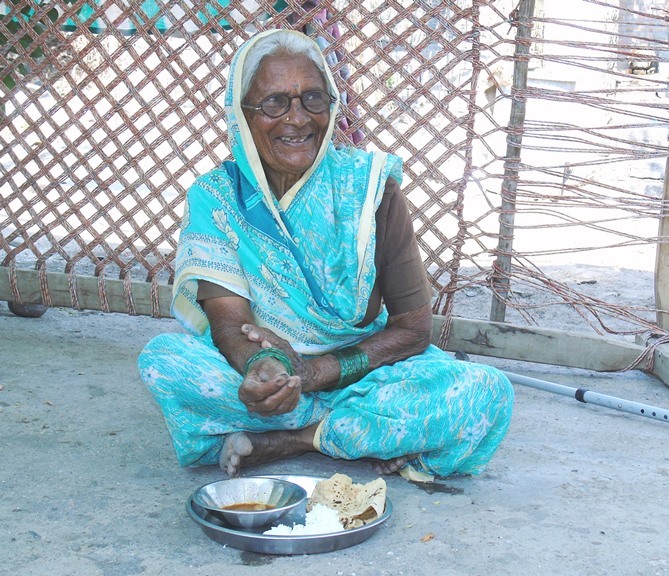 Between the quarter of January 2019 to March 2019, Community Kitchen was active in 19 villages coming under drought prone area. During this quarter, for 887 people 51628 meals have been provided. A senior citizen (above 60 years ) man/woman having no source of income or person having no one to take care of himself in the family, handicap person, diseased person, destitute or widow were selected as a beneficiary for this project. A short committee appointed in village or this community Kitchen project selected the needed beneficiaries. For these beneficiaries, two times healthy fresh meals were provided per day in their own village. For this, a person from village selected by committee was given a charge of preparing their meals.

A beneficiary of Community Kitchen

Village:- Dhawadi, Block Ambajogai, District Beed, Maharashtra – 431124. Prayagbai is a 81 years old widow from Dhawadi village, from Ambajogai Block of Beed district. Her husband who was also a beneficiary of community kitchen died 4 months ago. She has no land. She has two sons, one is mentally retarded & the other one does a labour work in Pune from last 15 years. There is no one to look after her. From last 15 years, her husband was also paralyzed & was unable make any body movement. Since she had no farm land & there was no one to look after her & her husband, she was doing a lighter labour work to earn money & to fulfill her & her husband’s daily needs and medicines. But later on because of her old age, she was not in a condition to perform any physical work. She was very poor to purchase Kirana material & vegetables from market. Sometimes she used to beg in order to obtain meals. She was finding it very difficult to obtain & prepare two times meals for her as a result she was living in a starved condition. As a result, her health condition became quite weak.

But after she has been selected for Kitchen, she is now getting two times fresh healthy meal. As a result of which, her health is better and she is living a normal life. MANAVLOK started community kitchen for these types of people. In this kitchen, Prayagbai became beneficiary. Currently she doesn’t have any financial support for her day to day survival. Due to our community kitchen, her need of two times meal is fulfilled. Now she is happy. Now she got a new hope for living.

There are many peoples like Prayagbai around us, who are facing such problems of not able to obtain daily meals due to old age or because of getting neglected by other people. That’s why they don’t have any other option for survival. 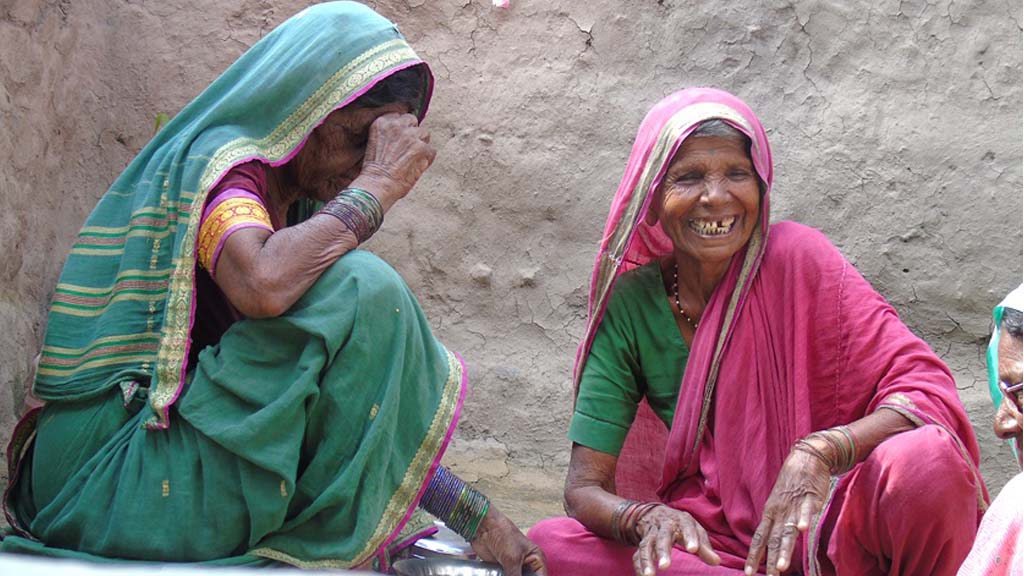 This program is run to support the poor and lonely elderly in the villages. In June, 273 beneficiaries from 18 villages were provided with kitchen facilities. As of last month (August), the program is run in 19 villages benefitting 288 persons. The program is supported by Give India and Caring Friends. In a month, we provide Rs 1000 to a beneficiary & collect Rs 200 from each so that we can give 60 meals per month which cost Rs 1200. (Rs. 20 per meal). A Self Help Group (SHG) from a village is given an opportunity to operate the overall kitchen activities. In case the SHG is not available, then a separate person from village is assigned to handle the kitchen. A village level committee looks after the quality of the kitchen food & selection of beneficiaries. Along with Kitchen benefits, we also provided walking sticks to 34 kitchen beneficiaries which they needed. In the future, we plan to provide them a tiffin box, walking sticks for support and solar lantern, all of which will be very beneficial for them.

Parubai is a 83 years old widow from Jawalgaon village, from Ambajogai Block of Beed district. She has no land. Her husband was into livestock farming business & his business condition was poor. He was addicted to alcohol, he fell ill and some days later he died. Parubai has two daughters who are married. Both of them live in other nearby villages with their families. She had two sons who died accidently at the age of 16 in an interval of two years. Since her husband sold all farming land to pay loans & other debts, she had no farm land & there was no one to look after her. Previously, she used to work as a labourer to earn money & meet her daily needs. But later on because of her old age, she was not in a condition to engage in any physical work. She was unable to purchase ration or vegetables from the market. Sometimes she used to beg in order to get one meal. She was finding it very difficult to get two meals a day. She was living in a starved condition; as a result, her health condition got very poor. A Self Help Group from the village recommended her name & she became a beneficiary of our community kitchen at the age of 83. But after she has been selected for the kitchen program, she is now getting fresh healthy meals twice a day. As a result of which, her health is better and she is living a normal life. Now she is happy and has got a new hope for living.

Festivals celebrated with delicacies by senior citizens at Manavlok 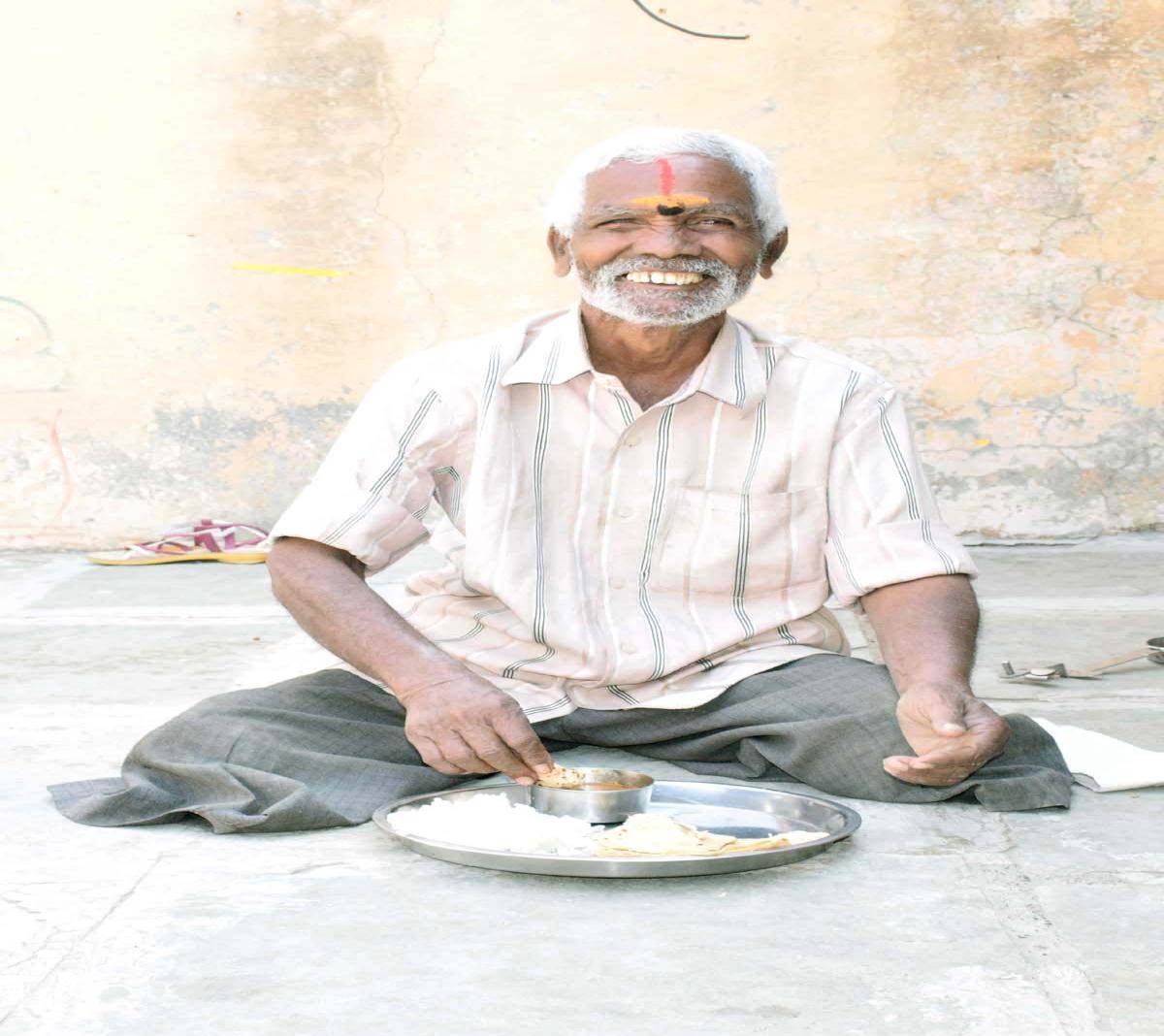 Over the last six months, the Trupti kitchen run by Manavlok has been instrumental in serving over 51,500+ meals to more than 275 senior citizens from 13 villages of the Beed and Osmanabad districts of Maharashtra. The aged beneficiaries are delighted by the arrival of festivals, since they mark the departure from monotony, with the addition of special desserts that are served after meals. This year, Puran Pohli, a traditional Maharashtrian sweet was served on the occasion of Holi in all the kitchens covered by this programme.