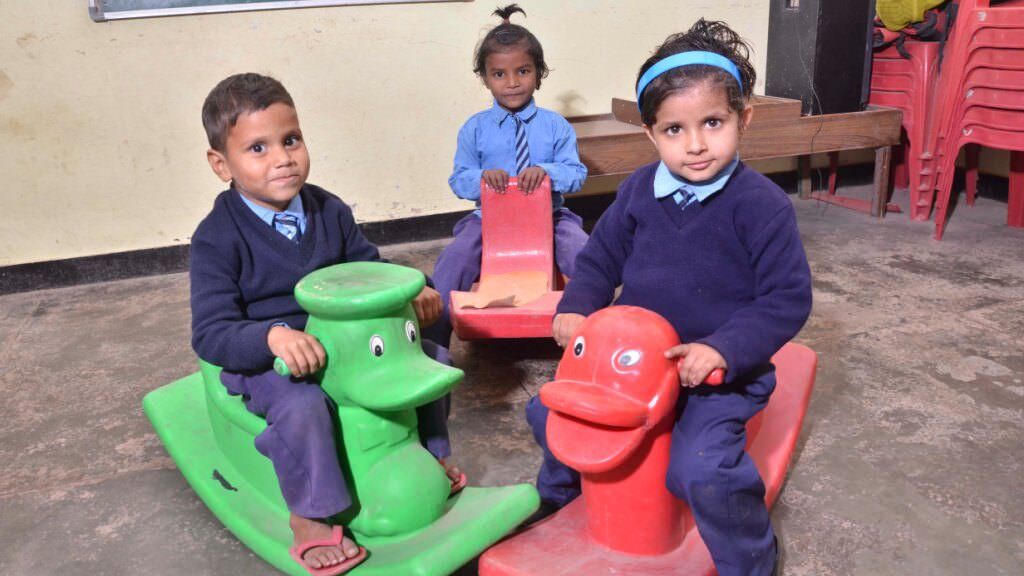 Kumari Pooja, 11 belongs to a poor underprivileged family in Mathura, UP. They could not afford educational expenses and hence working as a child laborer.

She was shortlisted through a survey and was motivated to join the B.D. P school with the assurance of free education. She was also provided with school bags and sweater. She is also being taught tailoring and other vocational skills which will help her as she grows. Pooja is now a very happy student. She is in Grade 7 and good at studies and enjoys learning.

She also looks forward to pursuing higher education. Kids deprived of education can get access to a school with a little support from donors like you.

Psycho-Educational Society (PES) established the B.D.Paliwal school in the year 2000 in the interiors of Mathura district of Uttar Pradesh.

The school offers primary education programs starting from lower kindergarten to 8th grade for boys and girls belonging to less privileged sections of the village of Barauli and it's neighborhood. They just enroll in another wing of the school for further education. Close to 500 students have successfully graduated from the school. In addition to imparting education in the formal mode, the school conducts skill development programs for girls

This program seeks donations to cover the costs of the teachers who teach the underprivileged children and help them work towards a better life. When you choose to donate to this program, you will support two children with their education in the school.

Psycho-Educational Society (PES) is an NGO with the prime objectives of uplifting the less privileged children in rural areas by providing basic education and creating awareness among the illiterate women on family welfare, health education and personal hygiene.

Eminent Psychologist and educationist Dr. T.R. Paliwal started the society after his retirement to work for the poor, underprivileged downtrodden section of society in rural areas to impart education, health, and overall development. The Secretary K.M. Paliwal has a clear mission to uplift the Rural Underprivileged section of the society by running formal educational programs and vocational training. PES established the B.D.Paliwal school in the year 2000 in the interiors of Mathura district of Uttar Pradesh.

Close to 500 students have successfully completed 8th grade. In addition to imparting education in the formal mode, the school conducts skill development programs for girls and village women in tailoring, embroidery, knitting, and agriculture. Over a 100 rural women have benefited from these programs. 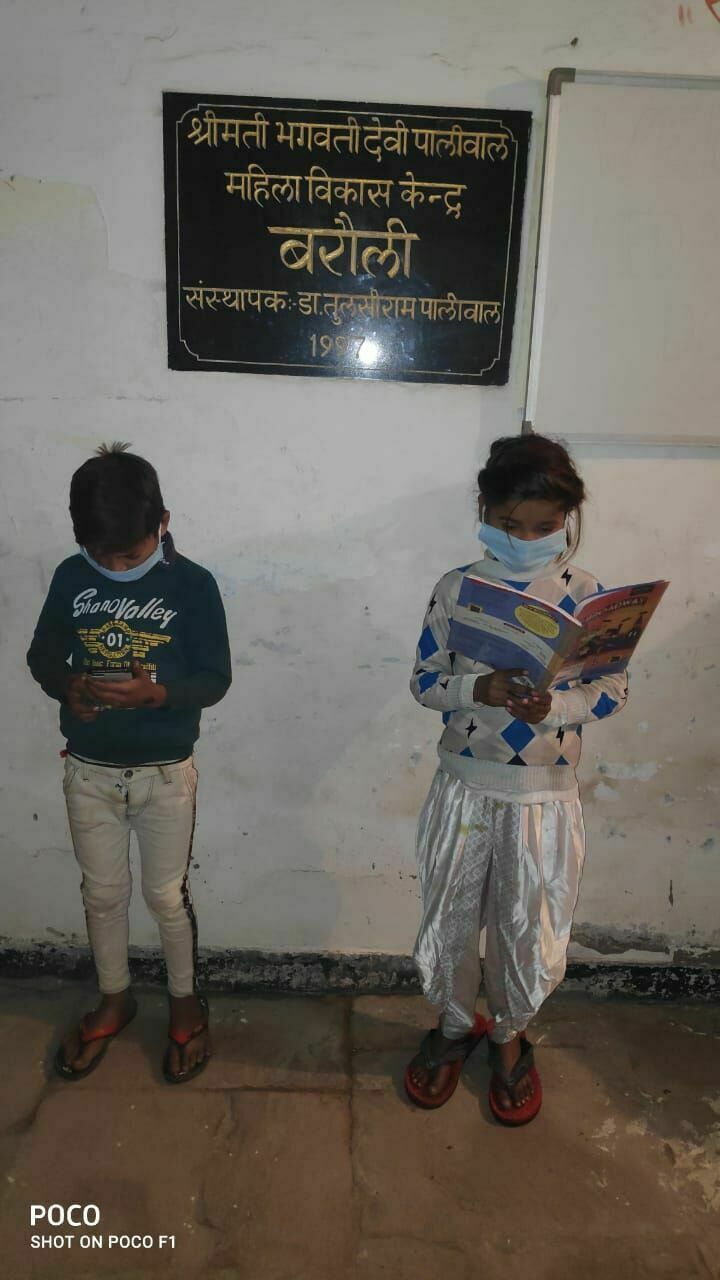 The education session 2019-20 completed by end March 2020. Final examination could not be carried out. The students were evaluated on the basis of monthly test, quarterly and six monthly exams carried out. New session has been started from April 2020. The actual teaching in the classroom could not be undertaken due to COVID-19 Govt. Regulation to close the school for the safety of the children. The school activities were totally closed from April to June. The students were given home assignment to be completed at their homes during this period. Partially, schools were open from July 2020.The online educational program were prepared and delivered to students. The online teaching to senior classes was started from Aug. 2020 on regular basis. The weekly and monthly reviews were carried out with students from classes 4th std. to 8th std.; for junior and Nursery students, group educational programs were conducted through online media by involving their parents and educated people in the family. The education play & games program were specially designed for Nursery and KG students. The complete education program to remain safe during the COVID-19 period and precautions to be adopted were conducted like social distancing, use of mask, washing of hands frequently and sanitizing them often. 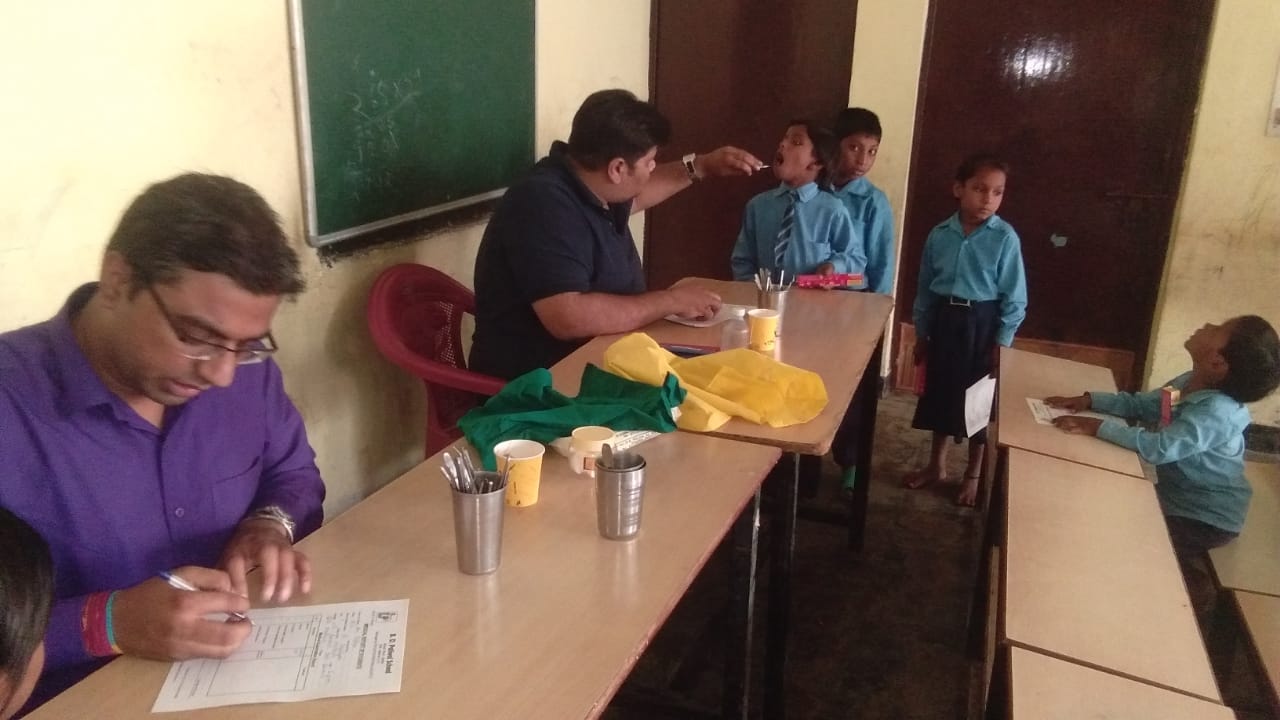 Students were given good coaching and were prerpared for the final exams, Extra Coaching was also given to the weak competency students to enable them and get them at par with the overall class. Students were prepared for State Educational Program Merit Competitions, Evaluation of each student was carried out for their achievements & weaknesses, And post that, suggestions were given and areas and scope for improvemet was discussed in the PTM. Students put in a lot of hardwork along with the prerparations from our side. We also conducted Health check-ups for the students. We provided free trainings for tailoring that will be beneficial for the students. We arrange for free mid-morning meals for the kds. Our kids participated in cultural activities and excelled there as well.

Academic Activity Academic session 2018-2019 period 4th Quarter 1-01-2019 to 31-03-2019. This is last quarter of the academic year 2018-2019. Mainly in this quarter the main activity in BDP school is focused on teaching being the last month of academic session. The Examinations are conducted in the last week of the month. Teachers while imparting education completes the remaining unfinished course prescribed in the syllabus of education curriculum. Monthly tests are carried out and on evaluation the Weak students were segregated and a short educational programme was designed to coach the week students and efforts were made to bring them at par to the average level of students. The exams were conducted in the last week of March 2019. Results were declared in the first week of April 2019. Evaluation Reports of each student was prepared and handed over to the students in a meeting with the parents. Suggestions for improvement the week points and strong points of the students were communicated to parents which were also specified in the Report card. Overall all students in the school were promoted to the next class. The performance of the students was above average level.

Cultural and festival activities Cultural and festival activities are a part of educational curriculum designed for BDP school students as part of personality traits development. In this period 26th January the Republic Day of India was celebrated in which students and teachers took part. Various dramas and events were arranged which were witnessed by parents and village people. They all appreciated the programme. The programme gave good knowledge and students learned participating habits, co-operation and leadership. Prices were distributed for the good performance. Sweets were distributed to students and teachers and everybody enjoyed the day.

Km. BHUMIKA aged 13 years (3-04-2006) daughter of Shiv Shanker resident of Magna Block Baldev District Mathura, UP is a student of class VIII studying in BDP School Village Barauli Block Baldev District Mathura ,UP. Parents of BHUMIKA are doing labour Jobs. Their income is low. Their family is living under BPL condition. BHUMIKA has two sisters and two brothers. All children are sitting at home and helping their parents in their labour jobs to earn more money for family’s living. Parents of BHUMIKA cannot afford educational expenses of their children. Psycho Educational Society in its endeavour to uplift the girl education in rural India carried out a survey and during the survey it was found that the girls in the Shiv Shanker’s family are sitting at home and not going to any school for education. During the conversation with the family members it was further revealed that Bhumika went to some school and after Grade II she stopped going to the school. Bhumika is a bright and intelligent girl having lot of potential and eager to continue her studies. But could not afford educational expenses. BDP school management decided to give free education to this girl and admitted her in the school in to class III. She continued her studies and at present is in class VIII she always stood within first three ranks during her educational period in this school. She also learned tailoring, stitching, handicrafts, and music. She used these skills in stitching clothes and generated money to support her family. The Money which she was earning by doing child labour and giving to the family was compensated by practising these skills which she learned during her education. She will further continue her studies and meet her educational expenses on her own and earn money by using the skills she learned. Thus, Bhumika is expected to make a good career in education and will be a responsible citizen of India, and was saved from the child labour jobs and remaining uneducated. 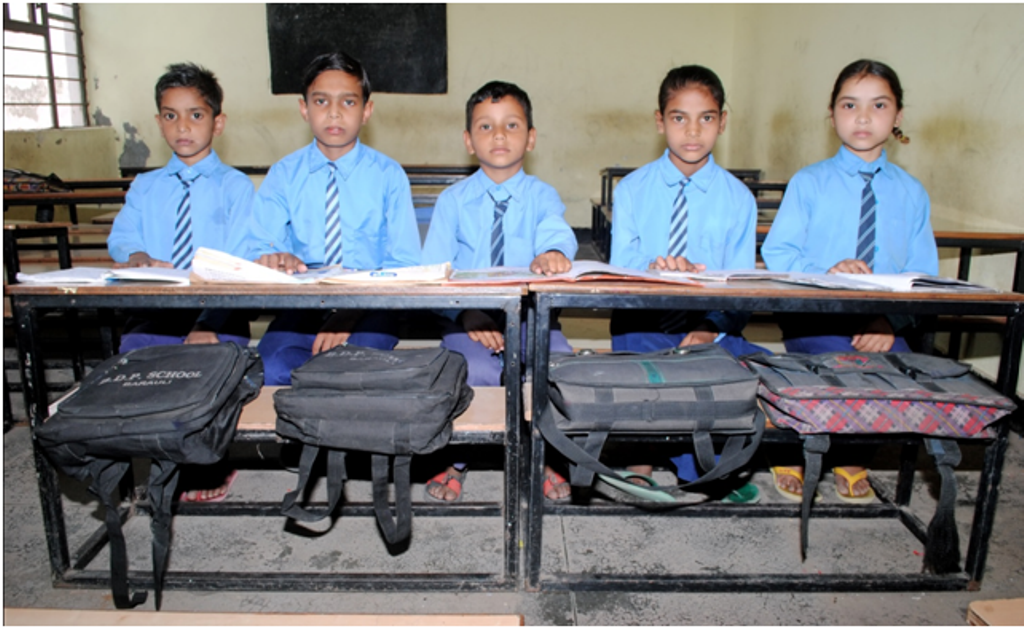 PES is committed to give formal and informal education to rural population and bring them at par with urban standards. Value added Formal and informal education is imparted in BDP School, Barauli, Block Baldeo, Distt. Mathura, UP, which is managed by Psycho Educational Society, to rural less privilege children from class Nursery to VIII Standard, following the educational curriculum prescribed by UP Board of Education along with vocational training for money generating skills. Sanitation and Health Awareness Camps are organised for parents of children and regular Medical Checkup for students. To meet the under nourishment of children mid-morning meal is served. This makes them motivated to come to school and keep the children physically and mentall healthy.

Bhumika and many other girls who lives in village Barauli, Block Baldeo, Distt. Mathura, UP and their childhood was spent in a housechores, caring for her younger siblings. Her father Bhima is a daily wage earner and at times takes her along with him to fields to earn extra money. PES invited Bhumika for education in BDP School alongwith other girls of her age like Saloni, Jyoti, Chitresh, Divya etc. Bhumika getting value added education from last 4 years, instead of working in fields as child labour and saved from other abuses which are common with village children. At present she is in class VI and is doing extremely well in studies and in other vocational training programs like tailoring, stitching and handicrafts. She is good in music and takes parts in inter school debating programs. She is a good orator. She has the plans to acquire higher education with teaching diploma to become a teacher in her present school itself to teach all other girls from rural less privilege community whose parent's priority is not education but to send them in fields to earn money to supplement for their families. She is of the high opinion that by getting value added education such girls can earn more money after using their skills and training given in BDP School to their students. Today Bhima is proud that his daughter Bhumika goes to BDP School instead working as child labour. His community feels that she will work for their community development