Bridge the learning gaps of underprivileged children by Bhumi 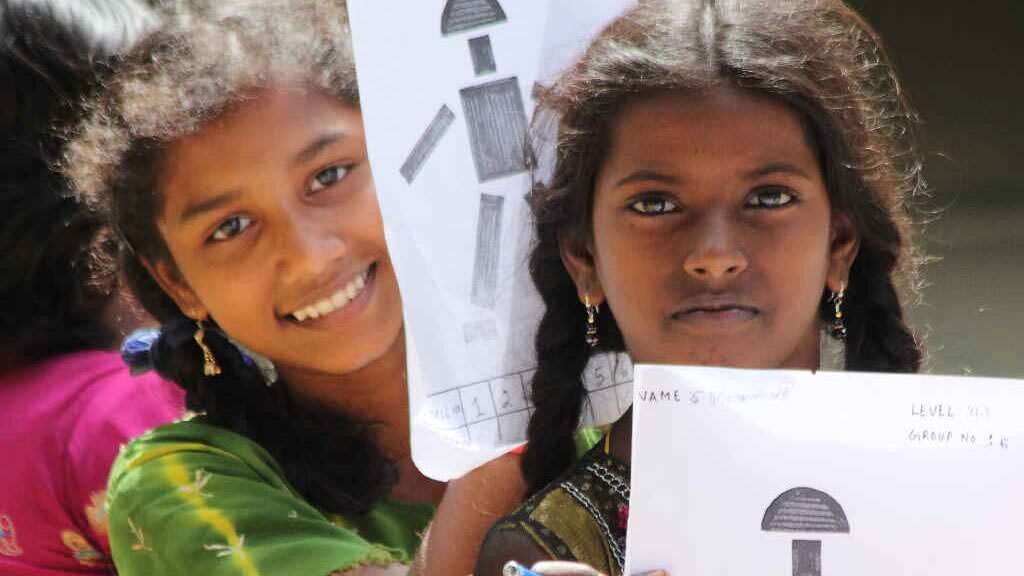 Being a first generation learner from an underprivileged background, Sheela didn't have strong fundamentals in subjects like science and maths to help her continue her academic pursuit.

It was only after volunteers from Bhumi stepped in, did Sheela developed a keen interest in studies and the zeal to improve her fundamentals in the subjects that hindered her development the most. With the constant support she received from Bhumi, Sheela is now one of the most attentive students in school and a fast learner.

Three like-minded friends in the year 2006 related closely to the need for quality education and believed a solution that creates educationally empowered youth capable of active participation and development of the community they belong to will make them self-reliant, and self-sustainable.

Thus, Bhumi – India’‘s largest independent youth volunteering organisation was established in the year 2006 with a vision to help build a more influential, equal and socially conscious society and a mission to drive social change by fostering an environment where young adults & children learn, lead and thrive. Bhumi as a platform enables over 20,000 volunteers in over 12 cities across India for causes like education, environment, animals and community welfare.

With an aim to render quality education, Bhumi provides comprehensive educational support for over 25,000 underprivileged children across India to help them break the cycle of poverty. Bhumi bridges the gaps in formal education and opportunities by providing language and STEAM education, life-skills support and scholarships for higher education:

- through volunteers at orphanages during weekends

Most of our volunteers are students or working professionals under the age of 30 and go through mandatory orientation and in return gain immensely through our Leadership programme. Through this platform, the volunteers progress to more leadership roles and responsibility where they switch to education sector from the experiences gained from Bhumi. While holistic education is imparted to the children, Bhumi’‘s young volunteers are also transformed into socially conscious leaders in the education sector. 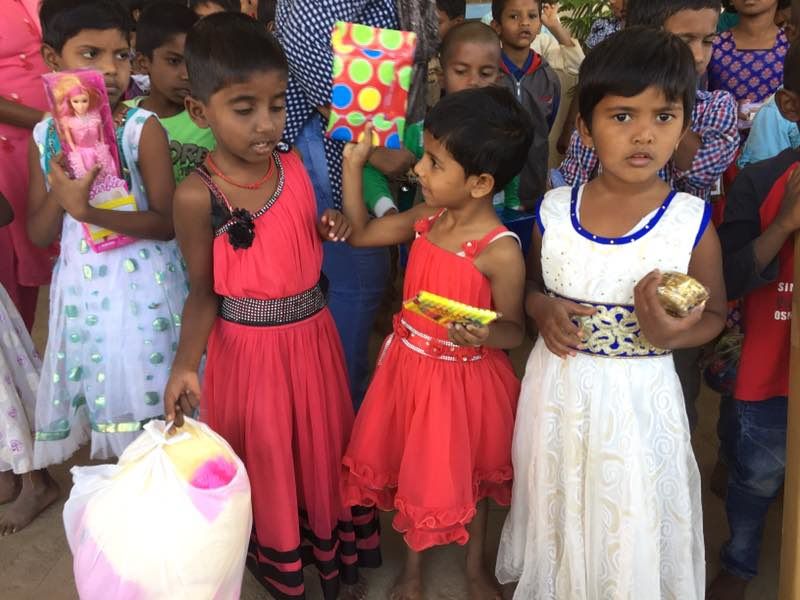 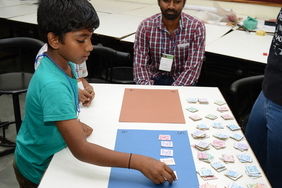 Bhumi’s volunteers are committed to delivering age-appropriate content to different learning styles and levels every weekend at shelter homes across India. The year’s learning culminates with Ignite Fest, an annual inter-shelter home education fest where children enthusiastically participated in activities set up by the volunteers, and presented models they had created. Working robots, conceptualized science project models made evident that consistent support and exposure, nurturance and opportunities only steer children forward towards a brighter future. Around 2,400+ children from Bengaluru, Chennai and Trcihy participated with the help and guidance of 300+ Volunteers. Ignite' is an after-school program run by Bhumi for 2800 underprivileged children. This program provides an opportunity for children from low-income families to be up-to-speed with the education standards of their age. These classes are held by volunteers on weekends with modern, interactive tools. 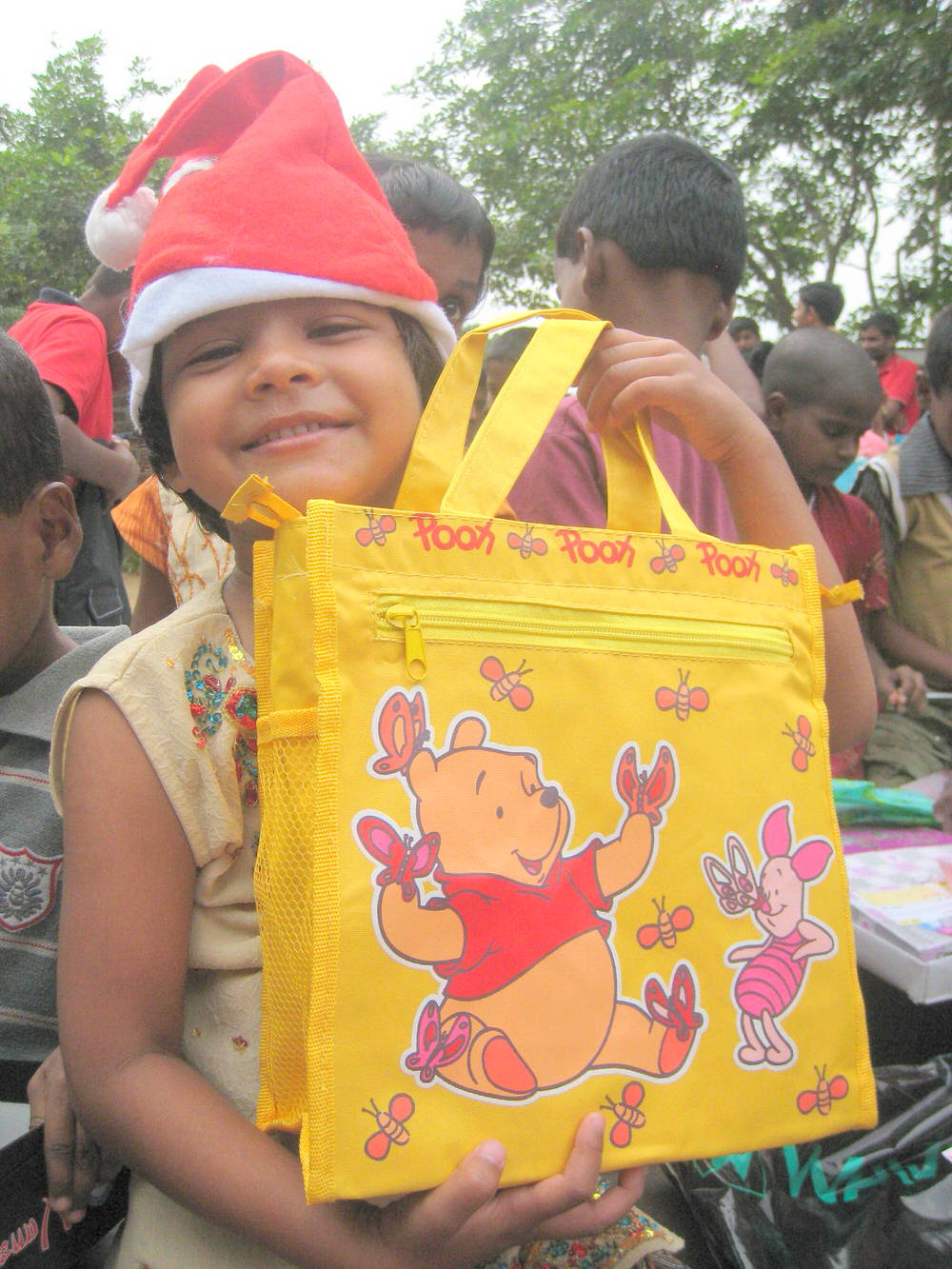 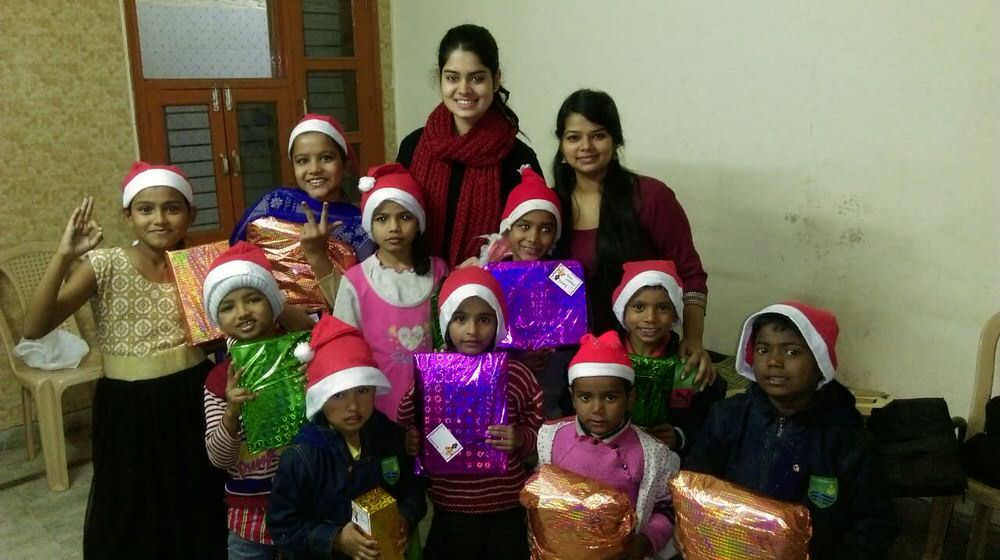 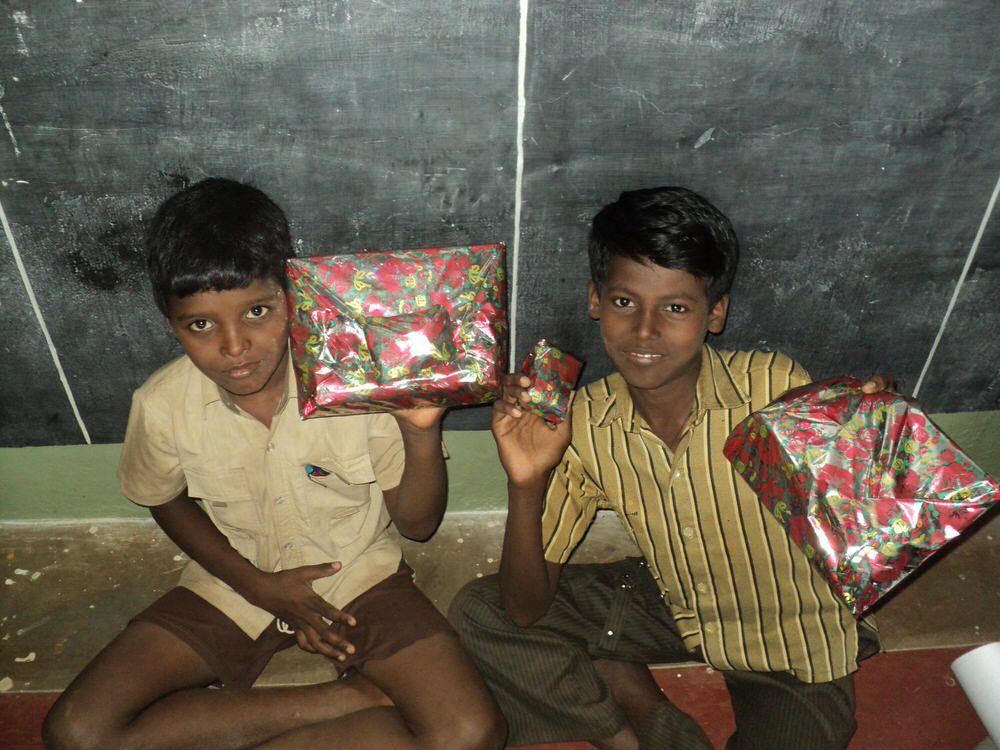 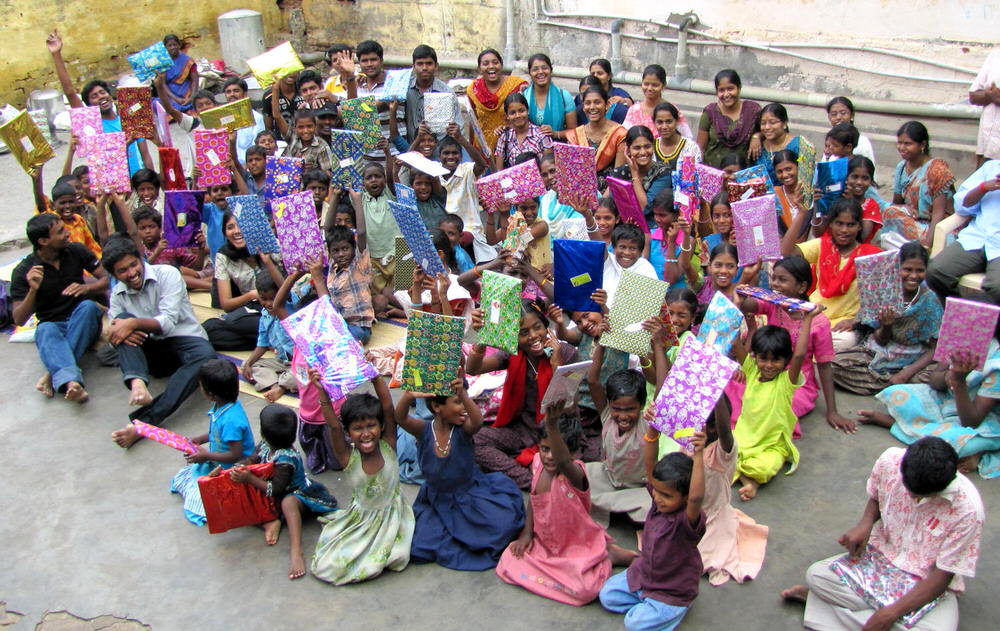 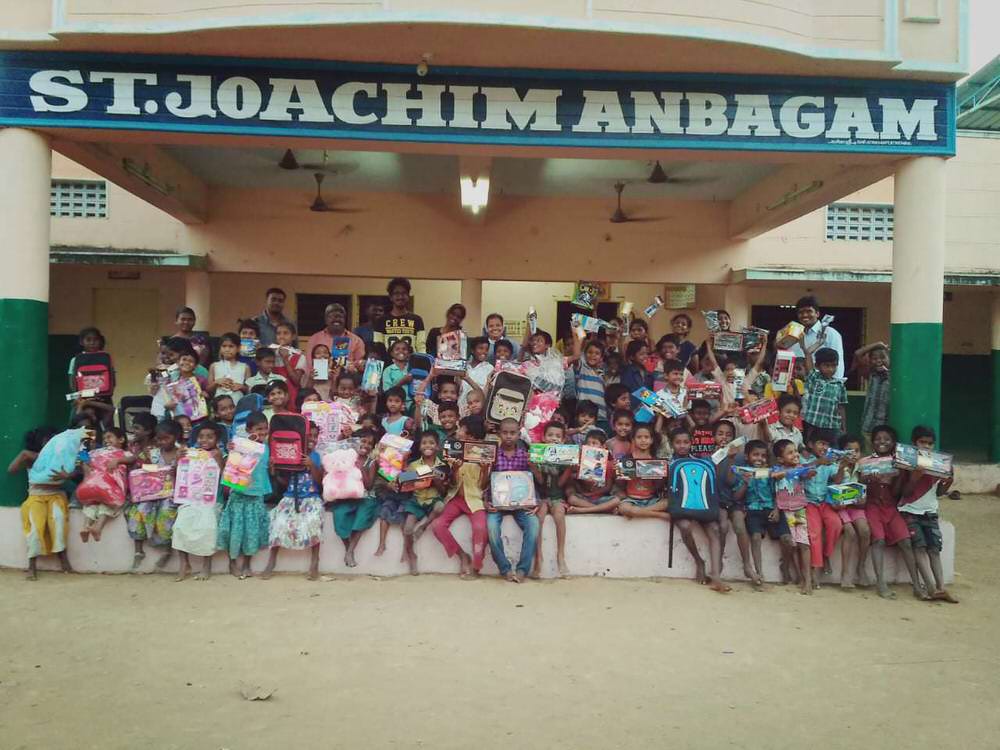 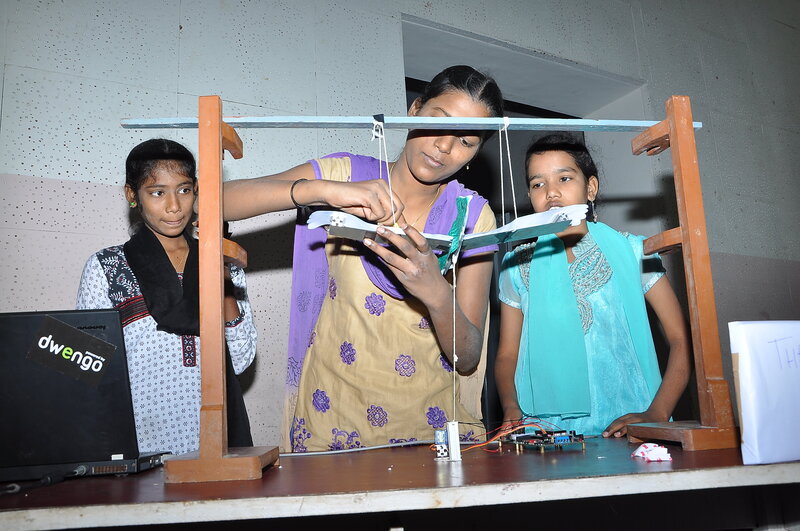 “The important thing is to never stop questioning”. Einsteins’ words resonate in every effort our volunteers take in giving children an experience they don’t get otherwise. Durga, Josewa and Kishore took part in First Lego League (FLL), an international competition organized by FIRST, where they are exposed to scientific and real-world challenges. They also built, tested, and programed an autonomous robot using LEGO® MINDSTORMS® technology to solve a set of missions in the Robot Game.

Each student was chosen to create a diverse group which provided an opportunity to learn from each other and grow as the event progressed. The children were overjoyed with their first experience of real-time usage of robotics and we are thrilled to have given them access to such a platform!

In Durga’s words “Programming was at first very difficult. Keeping the robot at the starting line every time during the trial was also difficult because the robot was programmed to operate in zero gravity condition. But then I found a way to mark the starting point.” Josewa quoted that the problem they wanted to solve was creating gravity in space. They tried many things and finally got the solution where they created the rotating model. Kishore said they could not build a robot that competed all the tasks hence with great difficulty they kept changing the parts for every task. Fortunately, the exposure that these children gained in FLL made them derive solutions for the gravity problem.

Kishore, Durga and Josewa aspire to become scientists in the future and shared that they will apply these experiences when they become one. The three children are enthralled that they put in hard work as a team and gained immense knowledge from one another.

Bhumi's academic programme poses a way to bridge educational inequities, in a scalable and cost-effective manner. The academic year began across cities where baseline assessments were implemented to identify the skills of the children. Programme kits were purchased such as story cards, flash cards, arrow cards, money cards, ganith mala etc., to deliver activity-based classes to the children. In the next few months, syllabus will be delivered to children based on their learning levels from the assessment conducted.

Dinesh was enrolled as a child in Bhumi's Ignite programme - Computer Project back in 2008 when he never had the opportunity to use a computer. In time, he was able to learn quickly, and he gained interest and enthusiasm because of the volunteer's teaching methodology. Due to his family situation, it was doubtful if he could study beyond class 10 but among other factors the confidence and motivation from the volunteers pushed him forward to pursue computer engineering in a polytechnic college. He went ahead to pursue higher studies further by taking an educational loan and with guidance from Bhumi volunteers, he continued to gain an in-depth understanding into computer science. While he aims to become a successful software engineer, he is aware of his community's needs - today, Dinesh volunteers with Bhumi to teach children in his neighbourhood the computer, thus creating a snowball effect of the nurtured nurturing others. 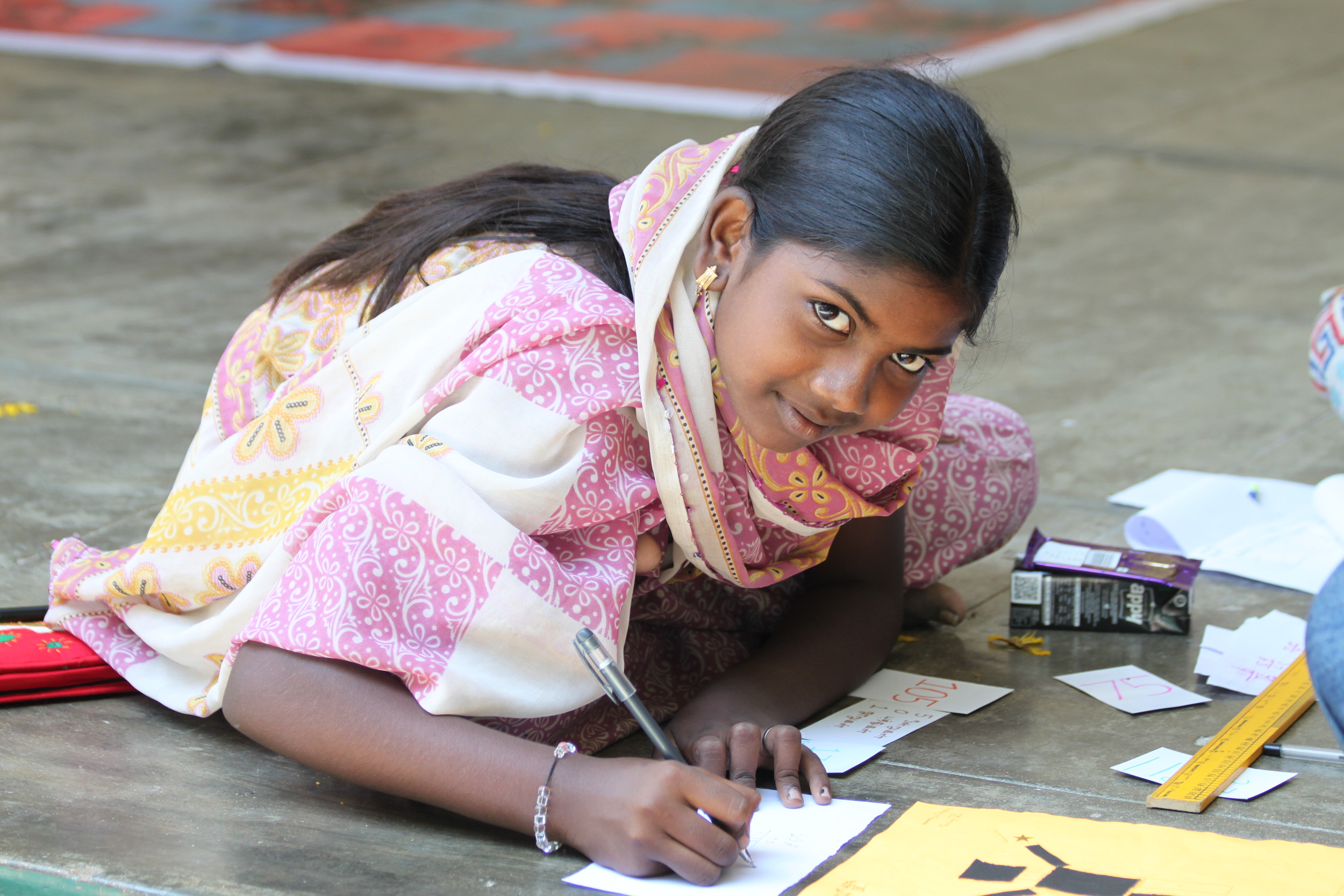 There is no one perfect way to make mainstream education more effective and interesting. Bhumi volunteers have made sure that our children appreciate what they learn, through their practical teaching methods and radical education fests. A pole-star in Bhumi's Ignite education programme is the Ignite Fest, an annual inter-shelter home education fest conducted in Chennai. At Ignite Fest, hundreds of children from different shelter homes and lower economic schools participate to display proficiency they have gained through the subjects taught by our volunteers. Children demonstrate project related models, conduct experiments and attend workshops, and thus get a unique opportunity to learn, compete and grow. This year (2017-18), the Fest was organized in National Institute of Fashion Technology on March 4, 2018. Over 950 children took part, displaying interesting projects made by them in teams, guided by volunteers. More than 260 Bhumi volunteers helped in organizing and conducting the event. The stage had inspired children to bring out their otherwise passive potential. Apart from the project expo, there were technical (learning-oriented) games and workshops for children. An example of one such game is Run to board, in which children had to connect different words to a common thematic word. Under Artoons, two main events were organised, aimed at bringing out the creativity of the kids. One event emphasized on how all paintings doesn't necessarily require a paint brush. It was demonstrated that any material like sponge, forks, straws, even hands can be used to portray creativity on paper; every child came up with creative ideas, efficiently using the materials. In all, the day proved to be an ensemble of talents, an inspiration to participants and the guests.

Inspiration can take you to great heights! 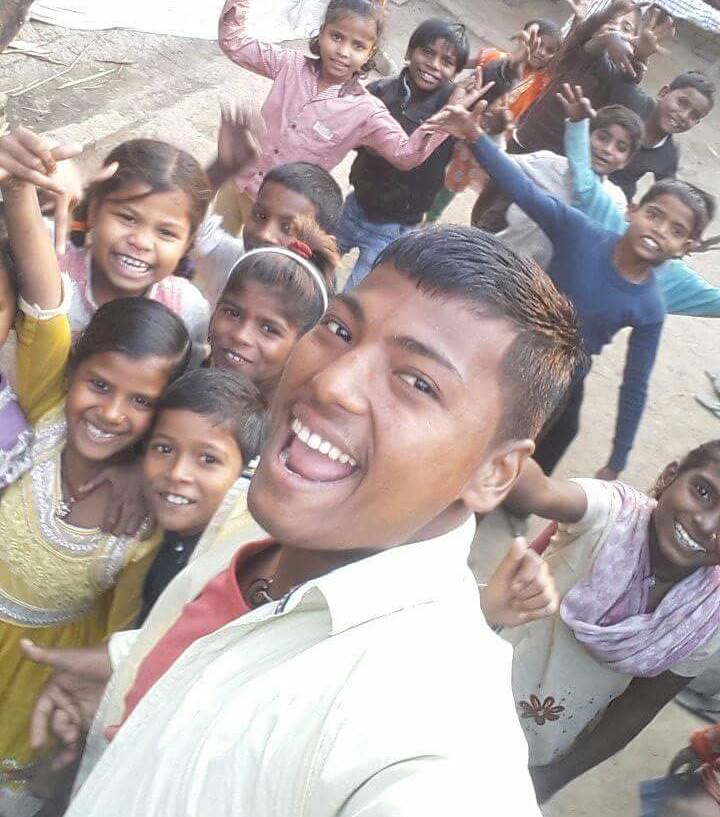 Rahul (name changed) was enrolled in Bhumi’s Delhi Ignite program, on the mentoring programme in high school, which pairs underprivileged children with volunteers who act as their mentors and role models. Though Rahul was in the mentoring programme, volunteers from all educational programmes under ‘Ignite’ in Delhi supported his education. Soon after his Class 10 final exams, Rahul moved back to his hometown and has been continuing his higher education. He has been educating more than 150 children in his hometown through an after-school program. Along with five other volunteers, he has been volunteering to train younger kids in their village. “I am liking it (teaching other children) so much. Time passes so quickly while teaching them. They are very eager to learn” – Rahul. It was a big achievement for Bhumi to learn how Rahul drew inspiration from the volunteers and decided to give back to society. Apparently, even in the Joy to the World program, he had asked for an Encyclopedia! Rahul stands as a leader to many underserved children in his village, just like how he was led by volunteers during his time in Delhi.

761 people are currently supporting this.