Vatsalya began its work in 2001 with interventions focused on children. They eventually expanded their activities to other areas where a need was felt. It seemed to be more effective to address a community as a whole. With almost similar resources and a little extra enthusiasm, the organisation was able to accomplish a lot in very little time.

Dr. Hitesh Gupta is a co-founder of Vatsalya and currently designated as CEO of the organisation. He is the key driving force in Vatsalya and involved in healthcare, treatment of HIV/AIDS, vocational training of young people and child rights related projects as researcher, guide and manager. His major responsibility is to run operations of Vatsalya effectively and efficiently to make a difference in the life of the underprivileged population and meet the goals and vision of Vatsalya. He is devoted to the organisation and plays a pivotal role in many projects. He remains in direct touch with beneficiaries and believes that beneficiaries do not need charity, but dignified support.

No. of children who took admission - 109

No. of women who celebrated women's day and trained in Kantha & Stitching - 500

No. of children who were provided a healing touch along with basic education - 55

No. of young adults from marginalised section who were enrolled and trained - 228

In 2017, Vatsalya, Jaipur was awarded the 5th Rajasthan Energy Conservation Award by the Department of Energy, Govt. Rajasthan for their efforts for energy conservation for the year 2013-14. 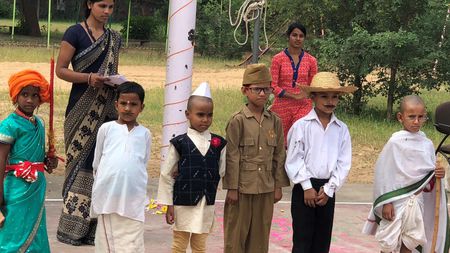