The Hope House aims to Nurture and empower children to become successful and responsible citizens.

Mr Ruby Nakka, the founder, grew up in a children's home in Andhra Pradesh for 12 years and was helped for 15 years in total. It was his childhood desire to help children like the way he was helped.

Mr. Ruby Nakka was living in the United States with his family that consisted of two adopted girls. It was his girls who reminded him and his wife about the children in need of help in India. It was they who inspired him and his wife to forgo their well paid jobs in the healthcare industry to start The Hope House. He in turn inspired two of his best friends (Manoah and Thomas) to join him and one among the two (Mr. Thomas) has relocated to India now.

Activities and reach for the latest full Financial Year 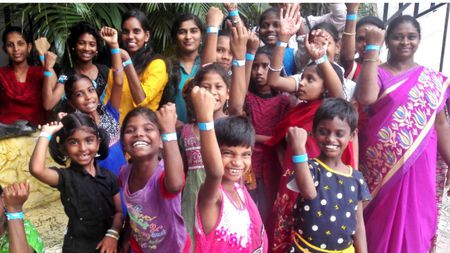 Sponsor the monthly living expenses of an orphan child