Shaheen Mistri started the Akanksha Foundation in 1991. When she was 18 years old she visited her grandparents who were in Bombay, and on that particular visit of hers, she saw the inequality in education between the private and the public schools. Vandana worked with the Boston-based non-profit organization Citizen Schools, an organization dedicated to changing the life trajectories of underprivileged children in urban areas, for four years.

At Akanksha, she served on the team to create a blueprint for Teach for India, later moving on to manage the Beyond School department serving all adolescent children of Akanksha. In 2007, she became the Director of The School Project, launched to create a network of high-achieving schools within the government system. She took over as CEO in January of 2010. The Akanksha Foundation attempts to one day equip all students with the education, skills, and character they need to lead empowered lives. 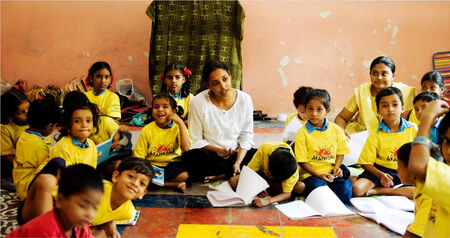 Give a poor child a chance at education