In 1992, an organization called Prerana had been working with farmers in North Karnataka's Raichur district. Prerana offered its office as a shelter for children, who were mostly living on Raichur railway station.

Over the next 3 to 4 years, the activities with the children expanded and recreational activities were included such as picnics, skill training programs like cycle-repair, screen printing and so on. Although the attempts to place them in jobs met limited success, the engagement with children continued. After a family adopted one child, they realized that many of these children were not abandoned by their families, but had opted to 'flee' because of certain reasons (which in most cases were not very serious) without actually thinking of the consequences.

The concept of 'restoration' or 'home-placement' of children thus began to take shape. Ground research revealed that the parents are also distraught when the child leaves; and they often attempt to search the child without any leads. There was a zeal within the team members to work on this issue in a dedicated manner and a new organization was carved out of Prerana. SATHI was born.

Founded in 1992, SATHI was formally registered in 1997 in Raichur, Karnataka. With the growth of the organization and expansion of work, SATHI moved its head office to Bangalore. Over the years, SATHI has worked in more than 40 different locations in 14 states across India and has helped nearly 60,000 children reunite with their families.

Passionate about children and their well-being, Pramod Kulkarni founded SATHI with an initial focus on providing immediate care and opportunities of resettlement for run-away children. Experience and research convinced him that run-away children could be settled back with families. An action-oriented individual, he decided to demonstrate this possibility - in large numbers and at a national scale.

SATHI continued to work with Raichur as a base until the year 2000. During this phase, the work was restricted to Raichur and Wadi in Karnataka and Guntakal in Andhra Pradesh. From 2000 to 2006, the work expanded to cover other locations in Karnataka, Andhra Pradesh and Maharashtra. The year 2000 also marked the beginning of SATHI's work in Government Children Homes.

The year 2006 marked a new phase in SATHI's history, when it began to expand its geographical spread across the country through collaborations with other NGOs. Between 2006 and 2010, SATHI collaborated with more than 30 different organizations and covered railway stations in 10 states including Gujarat, Rajasthan, Uttar Pradesh, Bihar, West Bengal, Delhi and Madhya Pradesh. 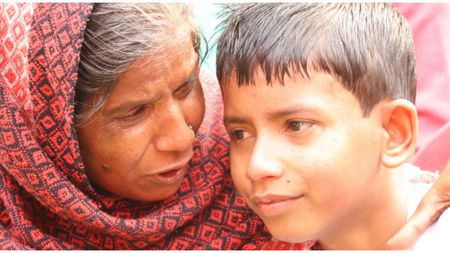