Navasrushti International Trust (Dharma Bharathi Mission) was founded to promote national regeneration of India and help to usher in a civilization of love and a culture of peace in the world based on the eternal moral and spiritual values common to all religions.

NIT launched its organised social initiative, Dharma Bharathi Mission (DBM), on 30th January 2008 with the vision to create a better India. Earlier NIT was focused on creating awareness around Responsible Citizenship and the need for every Indian to do his/her bit for the society. However, there was a demand from interested citizens to start social activities where they could meaningfully participate and contribute. Accordingly DBM was launched under NIT to undertake these social and community based initiatives.

Since the goal of NIT was to achieve the remaining three freedoms, economic, social and moral, through a hunger-free, caste-free and corruption free India, DBM took up Hunger-free-India as its first go. They

adopted the 3E approach to tackle the same - education, Employment and Empowerment. All activities and projects are geared towards that goal.

NIT is headed by Mr. Paramjeet Singh. He works in the Indian Revenue Service but being passionate about social service and 'giving', he has offered his honorary services to NIT as its Managing Trustee. His personal motto of - "Give Till it Hurts" has been adopted by NIT(DBM). He is an efficient and inspiring Team Leader under whose able leadership NIT has established itself credibly in the social field.

Activities and reach for the latest full Financial Year

No. of girls who were given training in tailoring skills - 450

No. of girls who were trained in the nursing course - 20

No. of girls who were given life skills training - 120

No. of children who were given Beautician training - 300

No. of girls who were trained in the Balwadi course - 16

No. of boys, girls & youth who were given computer education - 300 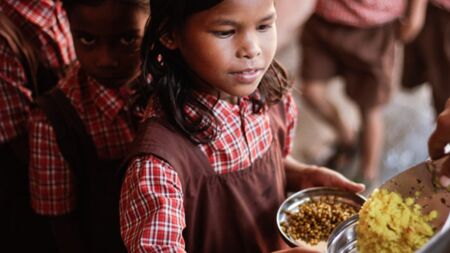