Maitri is a New Delhi-based developmental humanitarian NGO that is committed to facilitating every individual's Human Rights, especially the Rights to Identity, Dignity and Respect. Since 2005, Maitri has worked with over 45,000 individuals on the issues of social and health inequities and public health concerns through education, community outreach, networking, and legal advocacy.

Maitri work is organized under two main pillars: Violence Against Women and Migrant Workers. The organization has been addressing the issue of violence against women (especially in the uniformed forces), running a victim support and victim to survivor program, and promoting dignity and support for abandoned elderly widows in Vrindavan (Mathura, India).

Their initiatives with Migrant Workers include facilitating access to Citizenship Rights to ensure access to basic rights including healthcare to vulnerable migrant populations like rickshaw pullers and the homeless, and providing educational and skill-enhancement opportunities for underserved children and women respectively. They also run an Integrated Counseling and Testing Center (ICTC) for HIV/AIDS.

In 2005, Lt. General Bhopinder Singh (Retd) and Winnie Singh founded Maitri upon identifying the need for support for members of the Uniformed Services affected by HIV/AIDS. Since 2007, Maitri has expanded its areas of reach through a variety of projects. A world in which each individual lives with identity, dignity, and respect.

Maitri's mission is to act as a catalyst to enable access to basic rights to some of the most Marginalized and Vulnerable Populations in India including:

3) Migrant Workers and their families in urban environments 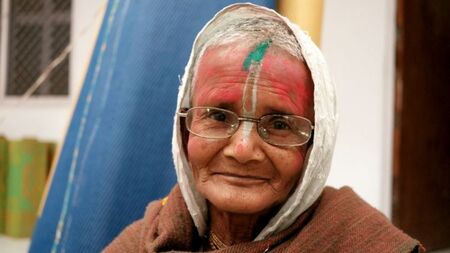 Sponsor the cost of basic clothing for an elderly abandoned widow