The Foundation for Excellence (FFE) is a registered non-profit, based in the USA and was founded by the serial entrepreneur, Dr. Prabhu Goel. The Foundation for Excellence India Trust (FFEIT) was registered in 2003 as a public Charitable Trust in India to expand the scope of FFE’s support and works in association with FFE. It has the same objectives as FFE, but raises resources from donors worldwide.

Foundation for Excellence was formed with the mission to help economically underprivileged and academically bright students complete their higher education through a Scholarship Program. The objective of the program is to help these students and their families transition from a low to middle income group in a single generation. The scholarship program also envisions a multiplier effect as each scholar will then go on to support at least 2 other scholars in his/her lifetime.

In twenty five years since its inception in 1994, FFE has already helped over 22,400 scholars across India, changing their lives for posterity; over 63,800 scholarships in excess of USD 27 million (~Rs. 189 Crores) have been awarded to students in 27 states in India. FFE has a network of over 500 volunteer “facilitators” distributed throughout India who identify potential awardees, verify the genuineness of their need, and act as mentors once the scholarship is awarded. This ensures that only genuinely deserving students are awarded scholarships. 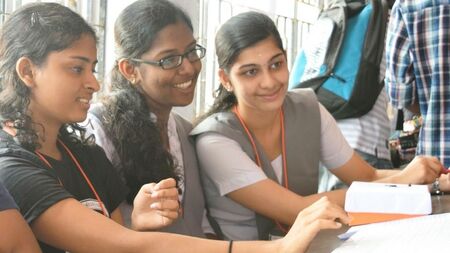