ActionAid India is part of a global federation and a full affiliate of ActionAid International that has presence in over 40 countries worldwide.

Since 1972, the poor and the excluded have been at the centre of their programs in India. In 2006, they got registered as an Indian organisation called ActionAid Association.

They are primarily a human rights organization. They work for the rights of disadvantaged women and children ensuring that they have good means of livelihood. ActionAid has empowered its women to take up roles in the society which till now were dominated by males, such as truck drivers, cab drivers etc.

After a public hearing of a rape case in Gwalior, ActionAid set up the crisis centre in Bhopal. Gauravi is the first of its kind in India with the help of the Department of Health In 2014 to provide rights to victims of domestic and sexual abuse, belonging to vulnerable community chiefly.

There are 22 Gauravi centres across the country - 3 in Madhya Pradesh, 17 in Uttar Pradesh and the most recent ones started in 2017 in Manipur and in Tuticorin. Till now, 40,000 cases have been registered in the centers.

The cases that are looked into are: rape, domestic violence, molestation, minor cases, witch branding, victims of trafficking, women with mental illness, destitute women, and male or minor male victims of sexual harassment. 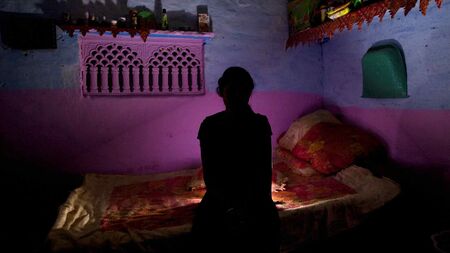